San Marino – the Oldest Republic in the World

My need to tick things off a list is dwindling, but I do still like going to a new country. And a tiny country that’s completely surrounded by another country? How could I pass up vising there? After spending a couple days in Nice, Andy and I arrived in Rimini, Italy and took a day trip to the tiny Republic of San Marino. 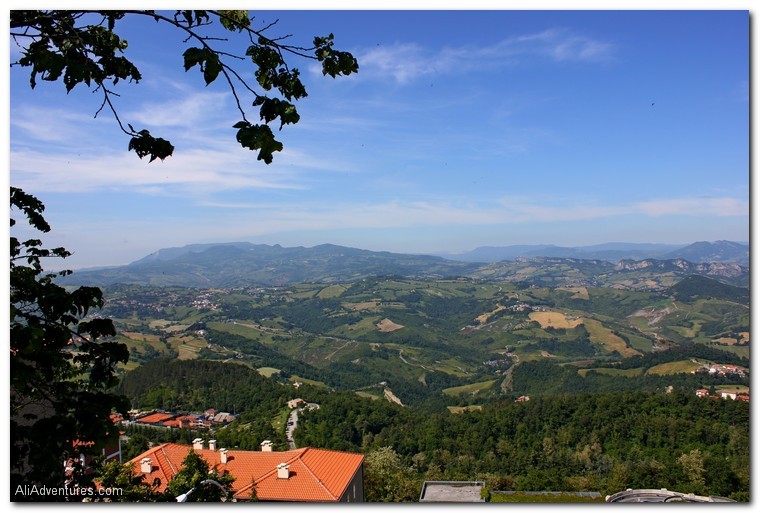 Just how small is it?

San Marino is 23.6 square miles (61.2 square kilometers) small. It’s one of the smallest countries in Europe. Actually, it’s the 3rd smallest country in Europe, after the Vatican and Monaco.

But what does that number mean? The city of Atlanta, at 132.4 square miles, is more than five times the size of San Marino. Manhattan, not even all of New York City, is about 33.8 square miles, making it more than 10 square miles bigger than San Marino. That’s a small country! And the population is only around 32,000 people. 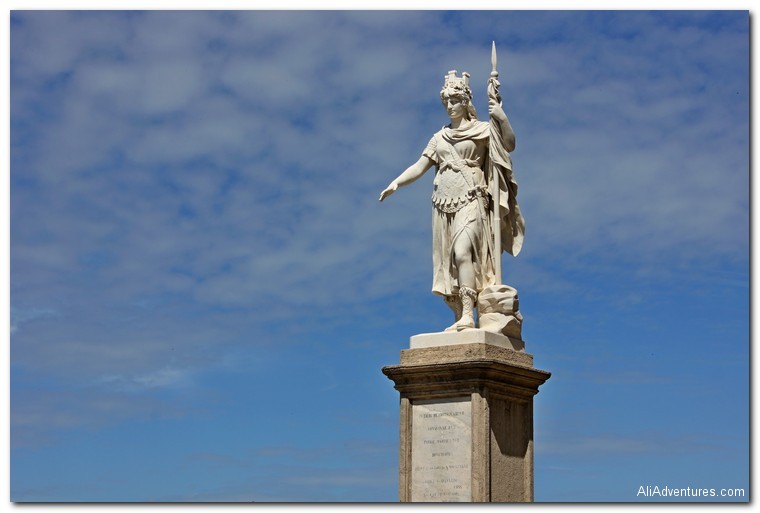 Oldest republic in the world

San Marino was founded on September 3, 301. The fact that it has managed to retain its independence for more than 1700 years fascinates me. San Marino is located on a mountain, which means it is in a great position to watch out for attackers. But with no access to the sea, they weren’t quite important enough for someone to go after. So they had a good defensible position and were able to remain independent.

They also didn’t want to expand and resisted any opportunities to gain more land. Instead they formed alliances with their neighbors, so even though they occasionally had to fight to keep their territory, they were usually just left alone. 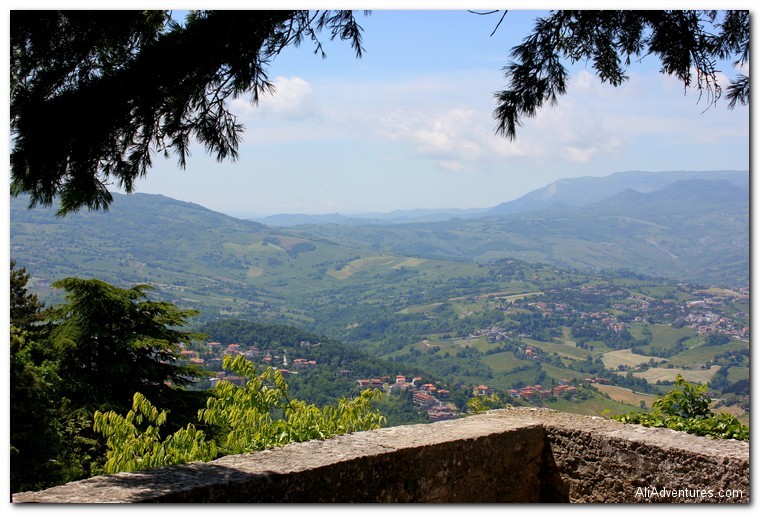 San Marino uses the euro as its currency, though it is not a member of the Eurozone. It is one of just a few countries not in the Eurozone that is allowed to mint its own coins and have its own design on the back.

In the 1800s the government sold noble titles in lieu of collecting taxes.

Former US President Abraham Lincoln once wrote to San Marino telling them that despite their small size, they were one of the most honored countries in history. Even though he never even set foot in their nation, they granted him citizenship. 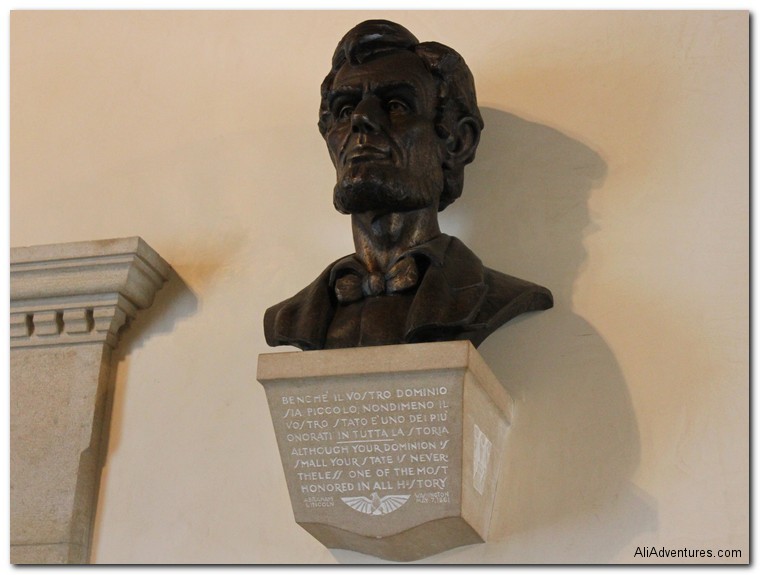 San Marino has two heads of state who govern for six month periods.

Giuseppe Garibaldi, who ultimately united Italy, sought refuge in San Marino while fleeing from the Austrians in 1849. He then declared that the tiny nation should remain independent, which is why they were left alone when he was uniting the rest of Italy. 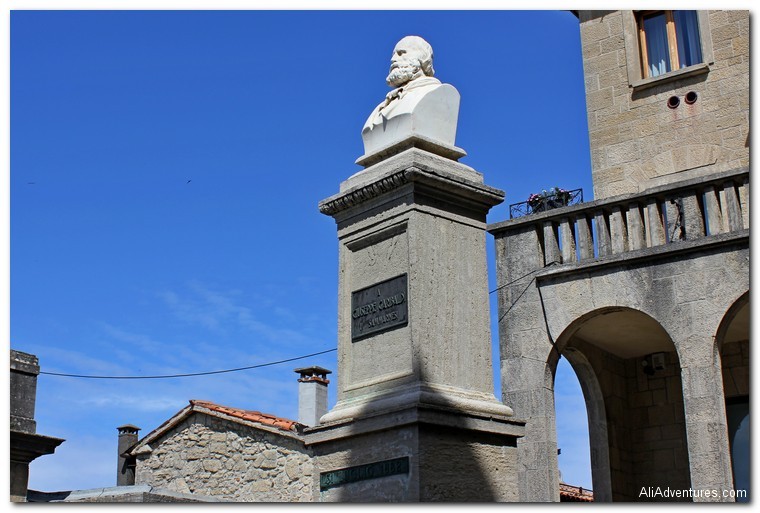 Towers, a castle and a view

Aside from the history, I really enjoyed seeing the famous towers of San Marino along with the castle, Castello della Guaita, and the gorgeous views. From the castle you can see the rest of San Marino plus huge sections of the Emilia Romagna region of Italy. On a clear day you can even see to the Adriatic Sea, and our guide said on rare occasions you can see a faint glimpse of the Dalmatian coast of Croatia. Andy and I went up one of the towers, though it is possible to go up two out of the three towers. 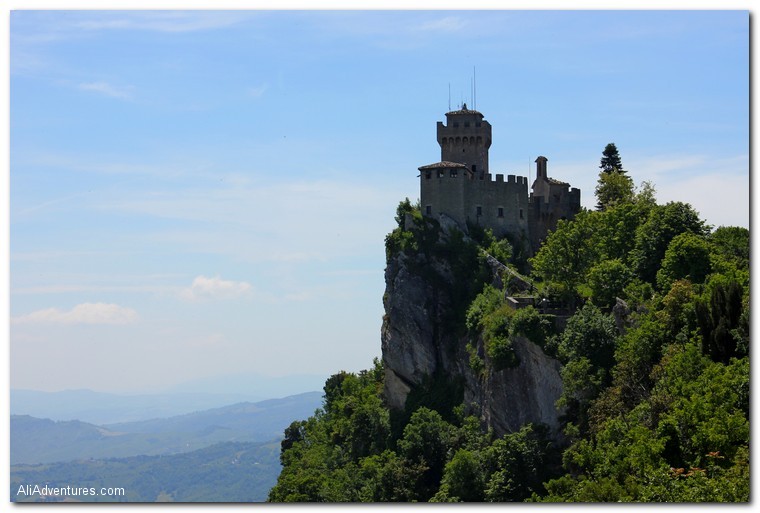 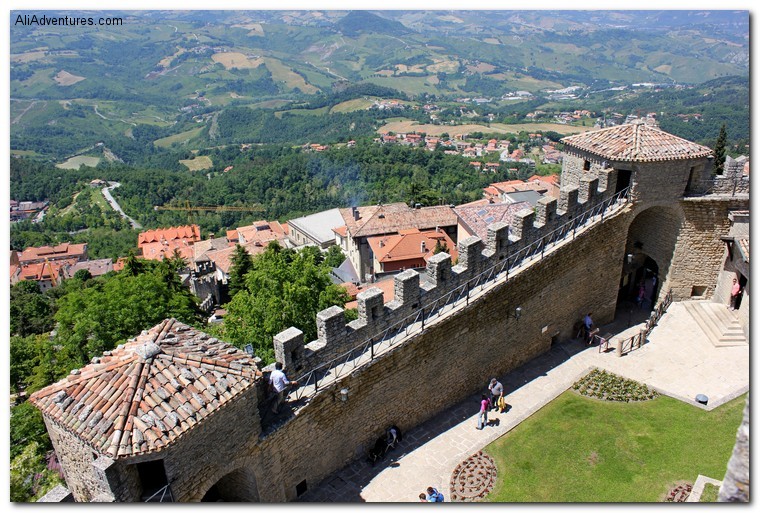 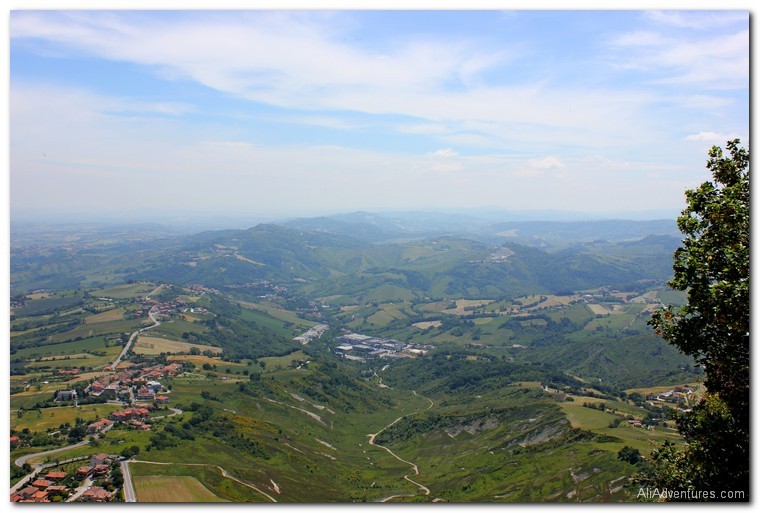 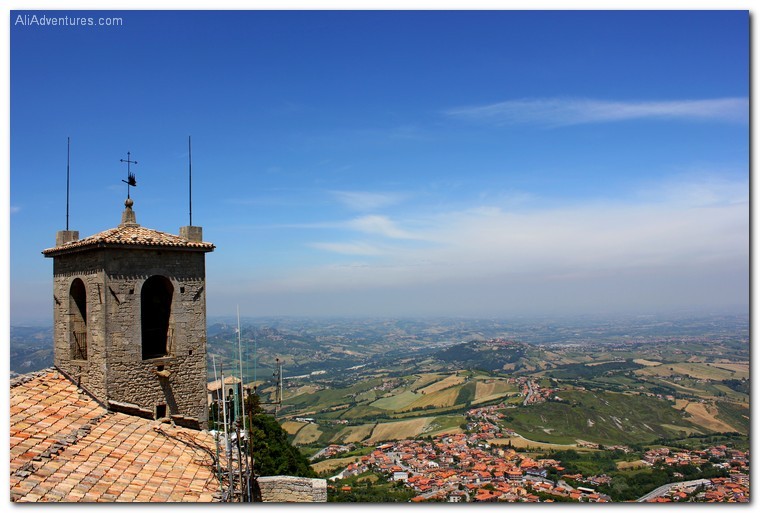 Getting to San Marino

San Marino does not have an airport or train station, so you can only get there if you have a car or by bus. The easiest way to get there is by bus from Rimini. The bus picks up across the street from the train station near the Burger King. You will see a small table set up with someone selling tickets around the departure times. Make sure you pick up a schedule with the return times. Tickets cost 4 euros each way. See here for more information about getting to San Marino, including driving directions.

Thank you to BlogVille and Visit San Marino for arranging our tour of this small but wonderful country. As always, all opinions are my own.

Sign Up
Sometimes Travel Sucks Searching for the Castles of Naples