I am not a morning person. But there we were at 7:20AM meeting our Walks of Italy tour guide just a couple blocks away from Vatican City, the smallest country in the world, tucked within the city of Rome. With this early wake up time, we were going to have the chance to get into the Vatican early and see the Sistine Chapel an hour before the museums opened up to the public.

This is probably the most famous ceiling in the world. Even though he was a sculptor, not a painter, Michelangelo was hired in the early 1500s to create this gorgeous work of art. He was reluctant to take the job because of prior commitments, but when the Pope insists, it’s hard to say no.

Unfortunately the Vatican does not allow people to take pictures of in the Sistine Chapel, so I can’t show you even a glimpse of the ceiling. Stern guards watch over the room of admirers occasionally scolding someone for trying to take a picture, and often reminding everyone to be quiet. They were a bit scary.

We actually ended up in the Sistine Chapel a second time later in the tour because we had to go through it to get to another section of the Vatican. The second time around was after the general public was allowed in, and there were so many people it was hard to walk. Definitely glad we were able to get in early.

After our privileged entrance into the Sistine Chapel, we continued on through the rest of the museums. We saw lots of other beautiful pieces of art, but the section Andy and I both liked the best was the gallery of maps. These maps depicted different parts of Italy in great accuracy. 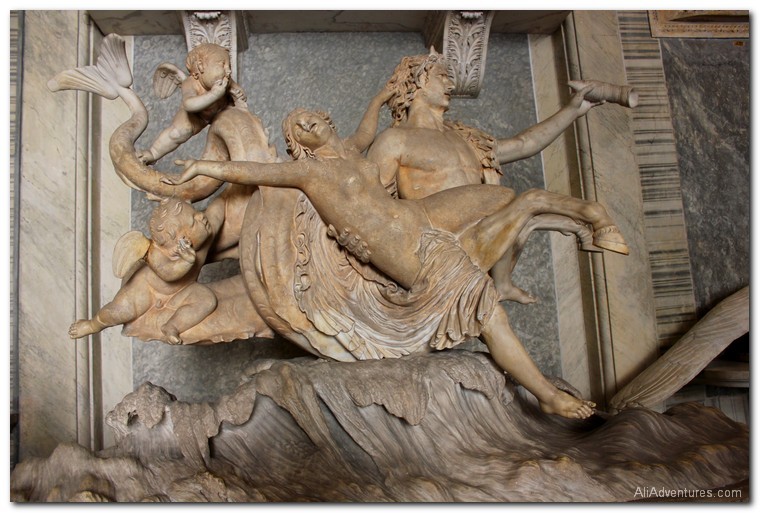 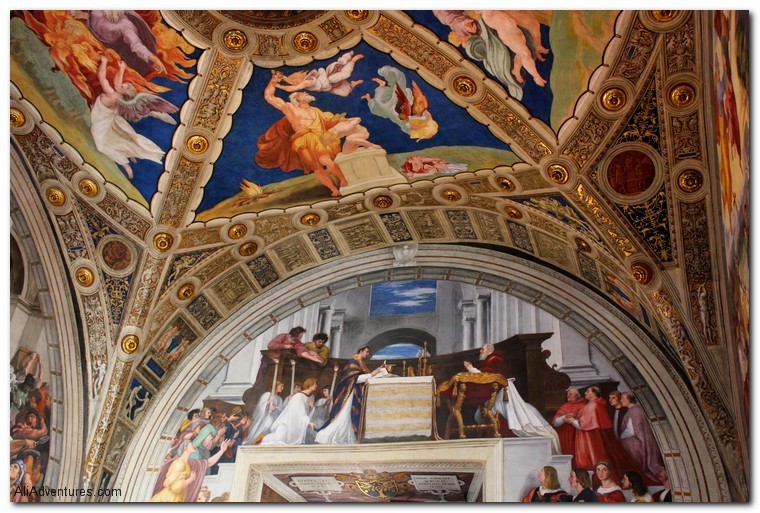 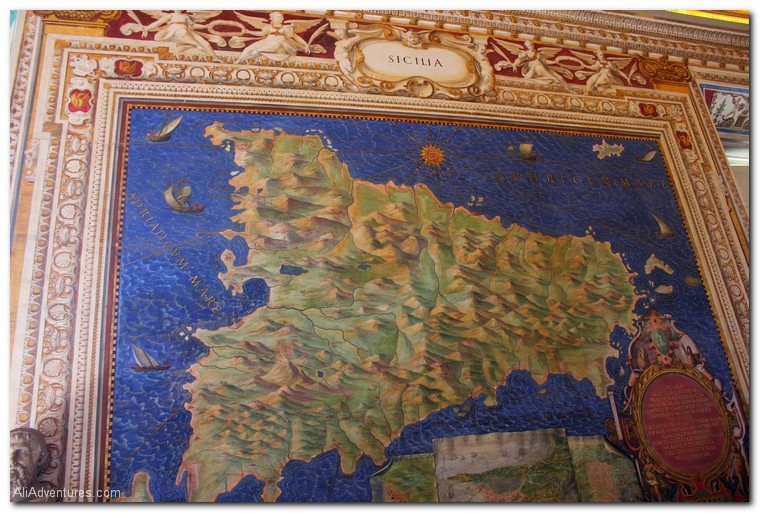 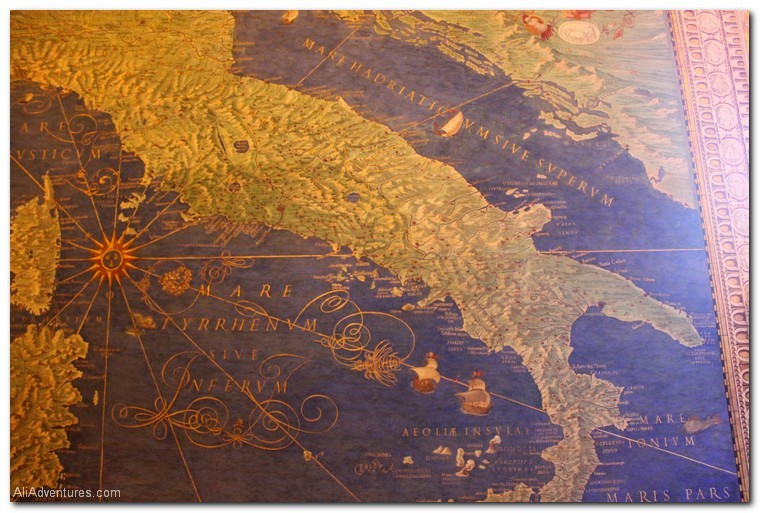 The other thing I found interesting while wandering through the museums was all the marble used in decorating the Vatican. Our guide at the Colosseum and Roman Forum the day before told us how centuries ago the Vatican took large quantities of marble from the Forum for use in the Vatican. They just didn’t think of it as stealing or destroying history back then. During our Vatican tour, our guide kept pointing out the “repurposed” marble, which puts a nicer spin on the situation. 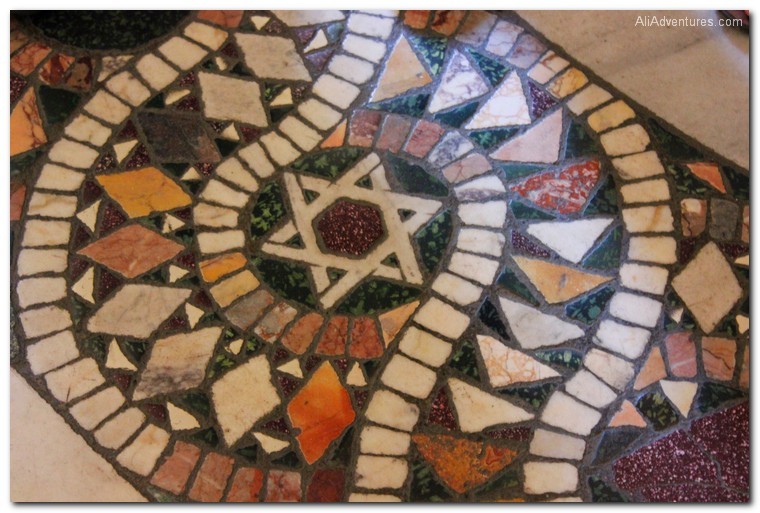 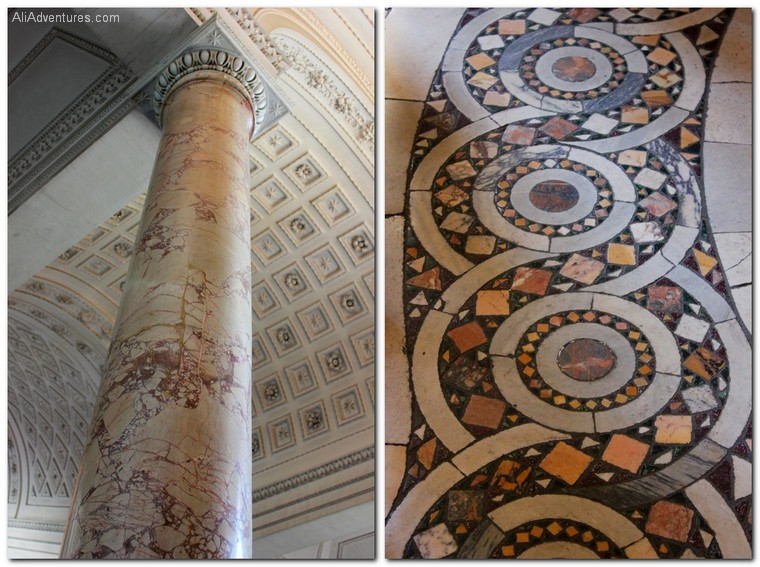 Interesting facts about the Vatican

I like odd trivia, so I quite enjoyed the random facts our guide told us about the Vatican throughout our tour. Here are some of my favorites: 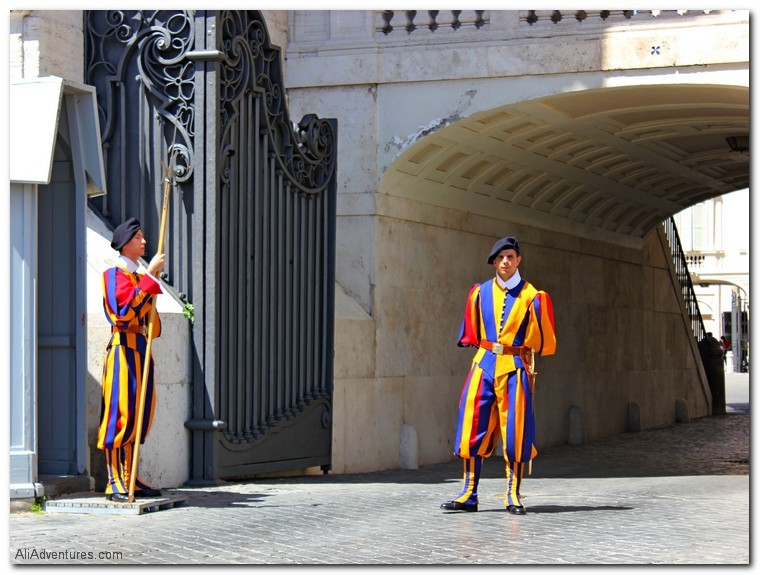 What to expect at the Vatican

Walks of Italy does small group tours, so you won’t be stuck in a huge group. However, the Vatican only approves the early entrance for a much larger group, so when you show up at the meeting point, don’t be worried by all the people you’ll see. The bigger group is split up into smaller groups, each with its own tour guide. Take note of what the other people in your group look like because it’s easy to get separated in the Vatican and in St. Peter’s Cathedral. Unfortunately every person on any tour in the Vatican will be wearing the same Vatican-issued head-set, so you can’t just look for other head-sets that match yours.

Note: Walks of Italy is now Take Walks and has tours in many other countries besides Italy! 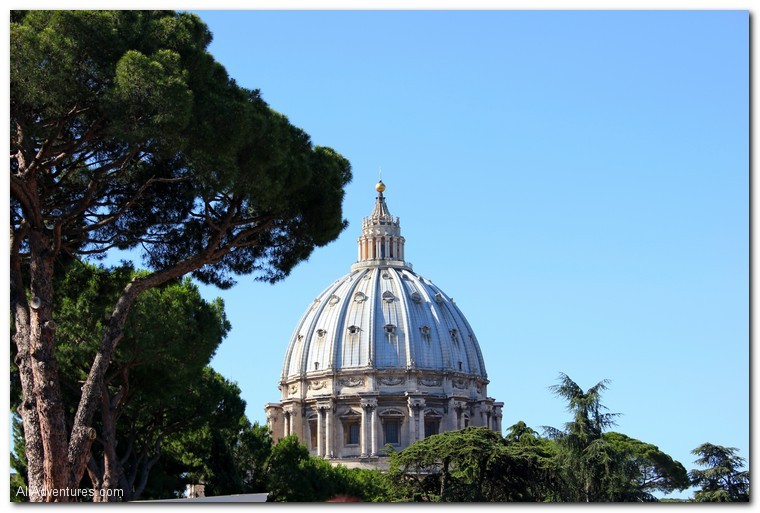 The Vatican is one of the top attractions to see when visiting Rome. As I mentioned above, 30,000 people visit each day, so expect crowds. Once the museums open up to the general public and all the other tour groups, you will constantly be dealing with hoards of people. I felt this made my visit to the Vatican less than enjoyable, but it had nothing to do with the tour.

Getting in to see the Sistine Chapel before the big crowds hit was appealing, and worth the early wake up time. We also got to skip the line to get into St. Peter’s Cathedral, which saved lots of time. Just bring your patience when you visit this tiny nation.

Thanks to Walks of Italy who provided us with a complimentary Pristine Sistine tour. As always all opinions are my own.