The only night Andy and I didn’t have booked into an apartment, hotel or hostel was the night we traveled from Brussels, Belgium to Nice, France. In the planning stages of the trip, we decided to try the night train, which runs from Paris to Nice. The last time I was on a night train was this exact route on my first trip to Europe when I was 14 years old, so I was a little worried about how I would handle it 19 years later. 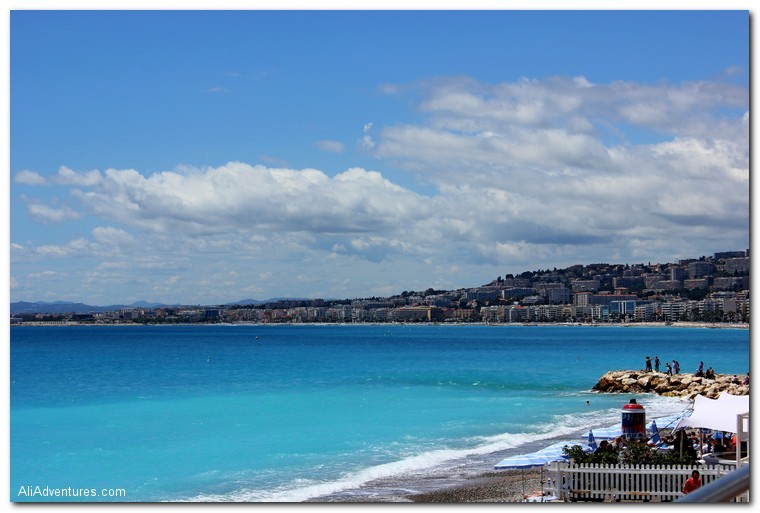 I did not sleep well on the train. The rocking was too inconsistent, and every time the train went around a curve I felt like I was going to fall out of my top bunk. We were both exhausted when we finally got off the train in Nice, so I guess it wasn’t surprising that we got lost trying to find our way to where the hostel was picking us up.

We were already starting to feel pressured from the short amount of time we had in Nice. Two nights is not slow travel, and we decided our day trip to Monaco had to be cut. We’ve both been there already anyway, so it just wasn’t worth the stress. Instead we spent time wandering around the city just enjoying the scenery and the views of the sea. We walked through some tents that were set up near the water promoting Italy tourism. We even spent a few hours in a Cambodian cafe working on our blogs. 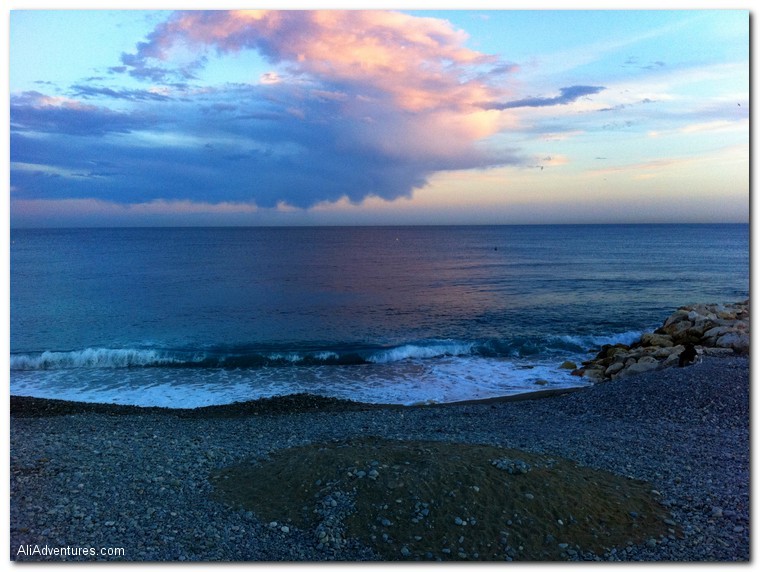 The views of Nice from Castle Hill

The main thing Andy wanted to do while we were in Nice was go up to the top of Castle Hill. It’s a park on a hill near the coast, and at some point there was a castle on it, but not anymore. There are still a few ruins left, but not much. Now it’s just a great place to take in gorgeous views of the sea and the city from above. 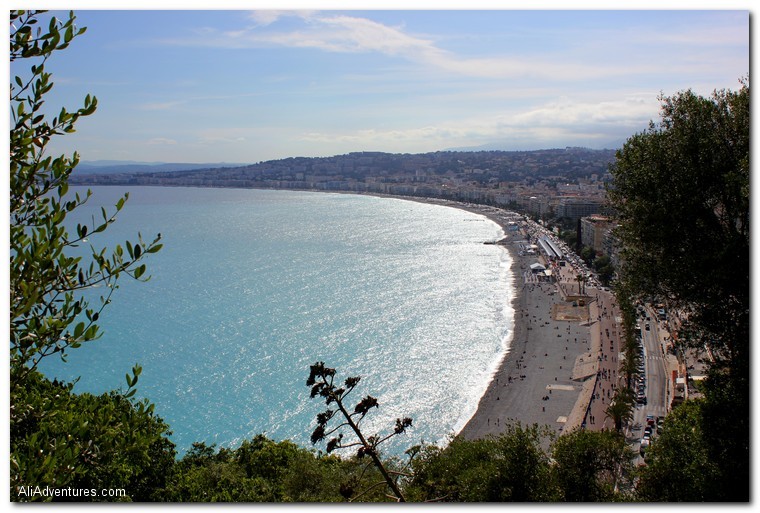 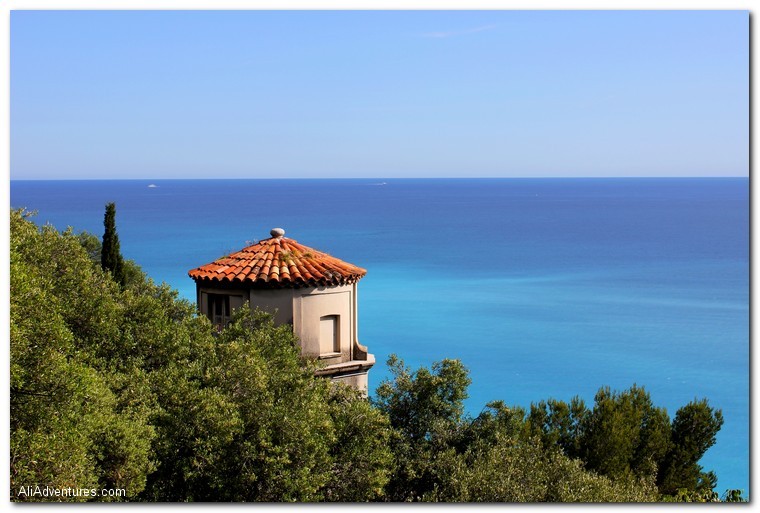 There are signs (in French and English) throughout the park describing the history of the area and the castle that was once there. It was destroyed in the early 1700s when the French came in, and the area was turned into a park during the 19th century. A huge artificial waterfall was also built where the medieval keep once stood. 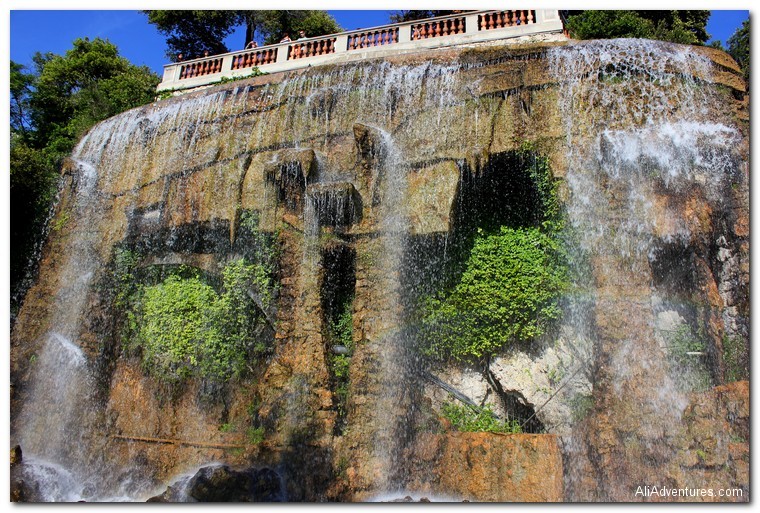 There is a long series of stairs leading from the road up to the hill, but if you’re like me and don’t like trekking up tons of steps, there is an elevator as well. Entrance into the park and use of the elevator is free.

Opening hours of the park:

Operating hours of the elevator: 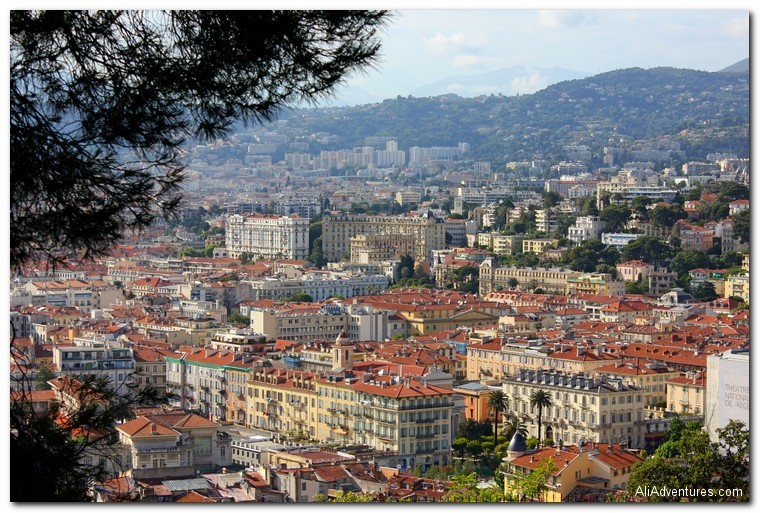 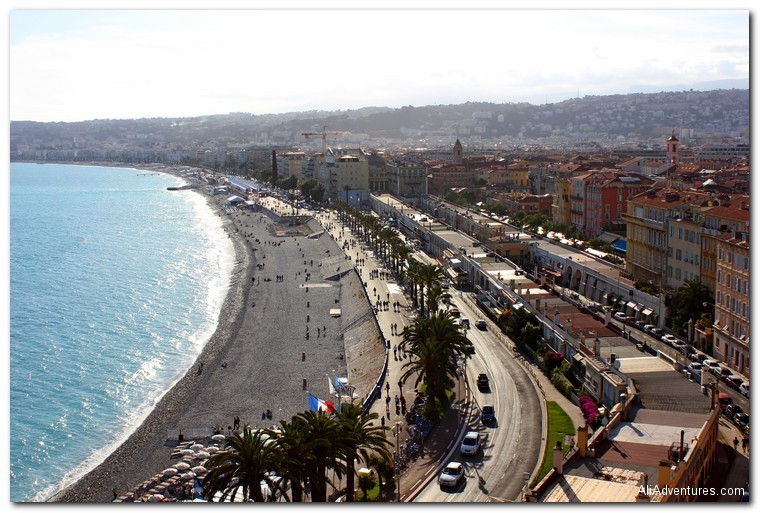 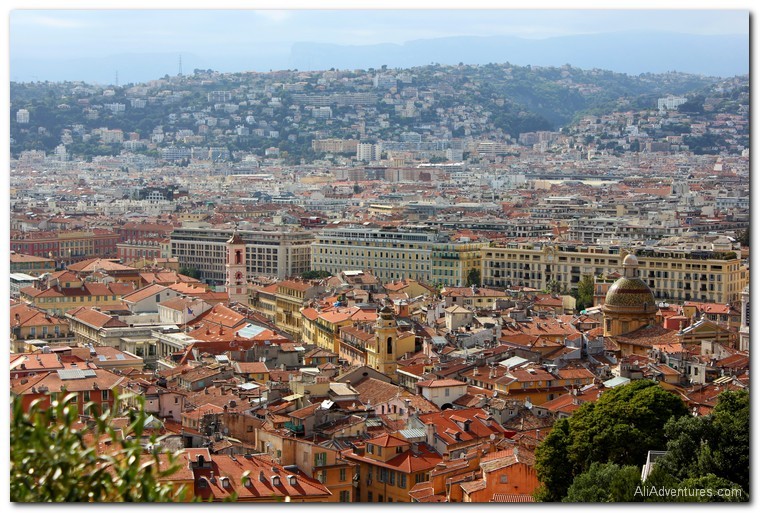 Thanks to Hostelworld and Villa Saint Exupery Gardens for hosting us for two nights in Nice. The hostel was great for arranging activities and day trips, and had very helpful staff. It’s located outside of the center, so if you’re looking for something closer to the beach try their other property, Villa Saint Exupery Beach Hostel.

Sign Up
Quirky Rotterdam What If You Could Visit All of Europe in One Day?