Searching for the Castles of Naples

Andy and I did very little research about Naples before we arrived. I think we just decided it was a famous Italian city, and we were headed from Bologna to the Amalfi Coast, so it seemed like a reasonable stop. There are plenty of things to do in Naples, and we soon discovered there are three castles in the city. Since we’re both such big fans of castles, we made it our task to search for all three castles in Naples one day.

I’ll be honest, we didn’t actually go inside the castles. We decided that most castles tend to be better to look at from the outside, and we were only barely in the mood for sightseeing anyway, so admiring them from the outside was plenty for us that day.

First on our list was Castel Sant’Elmo, which is high up on a hill. It’s the youngest of Naples’ castles, built in the 16th century. It’s 5 euros to enter and free after 4PM, but we were there much earlier in the day. 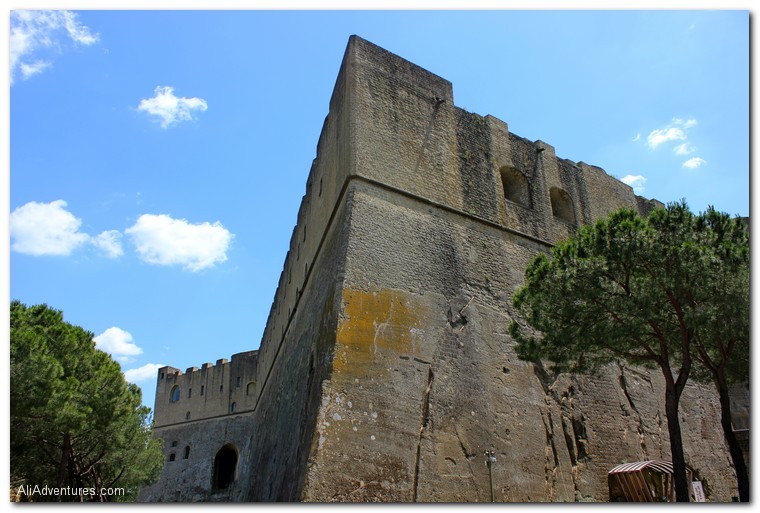 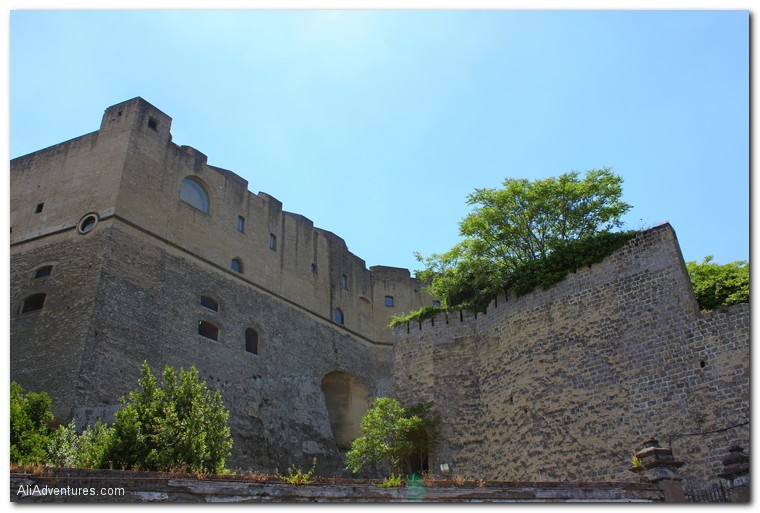 If you go in, apparently you can get a really great 360 view of the city. But if you’re like us and don’t go in, you can at least get a good view of one side of the city with Mt. Vesuvius looming in the background if you continue walking down the street from the castle. 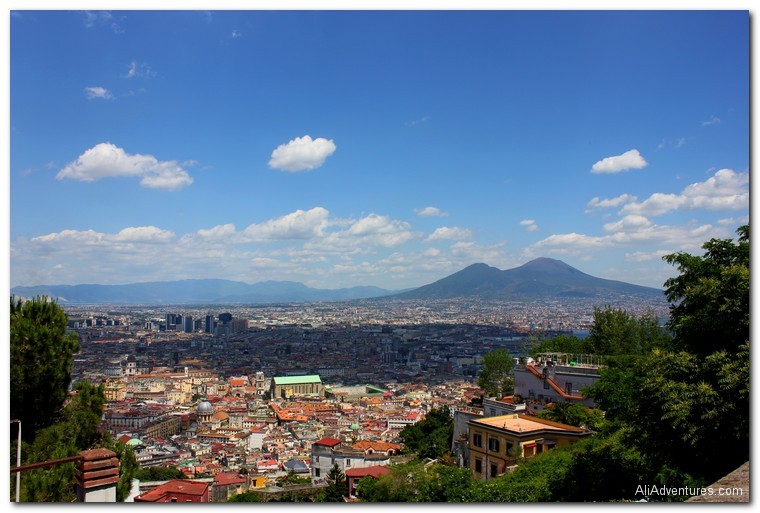 Castel Nuovo, or the New Castle, was completed in the late 1200s. It’s not even the newest castle in Naples since Castel Sant’Elmo was built centuries later. This one really looks like what I picture castles to be, so it’s my favorite of the three. Again, we didn’t go in, but we walk through the towers where we could see some of the detailed carvings on the walls, and we got a view of the courtyard. It costs 5 euros to get in. 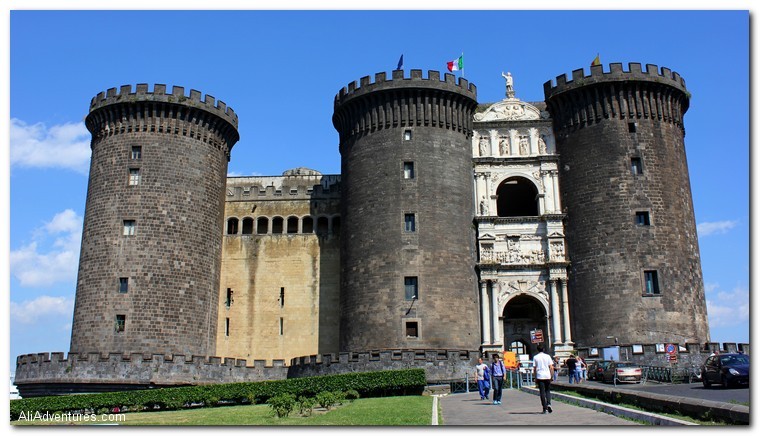 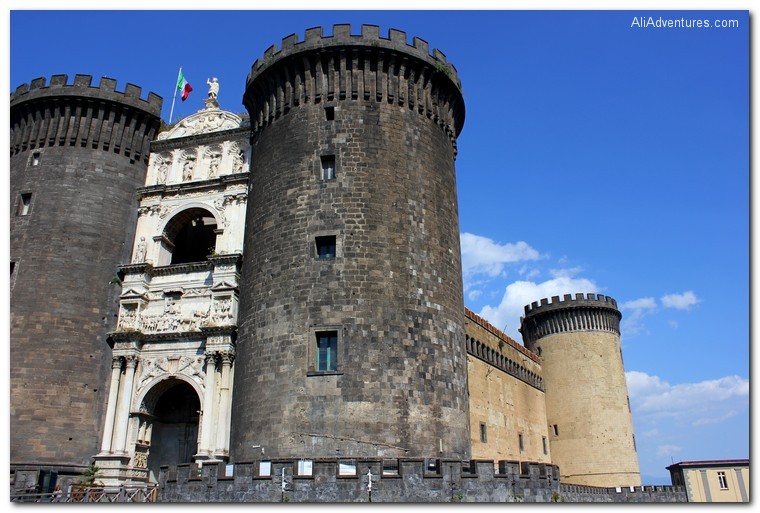 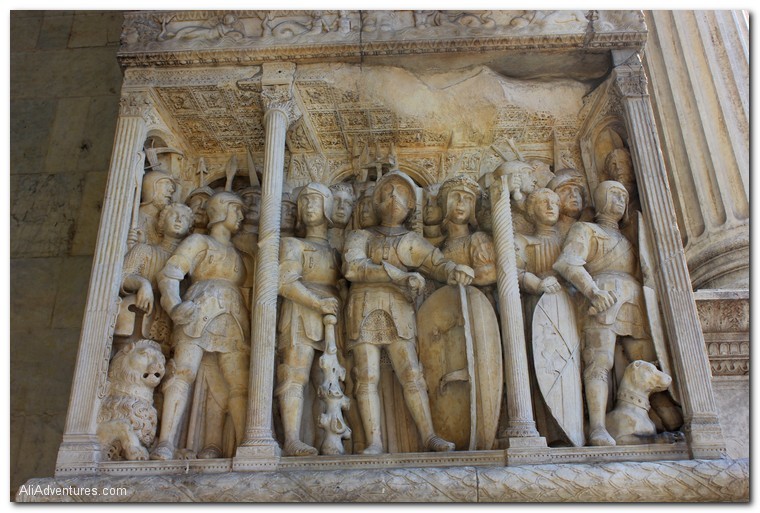 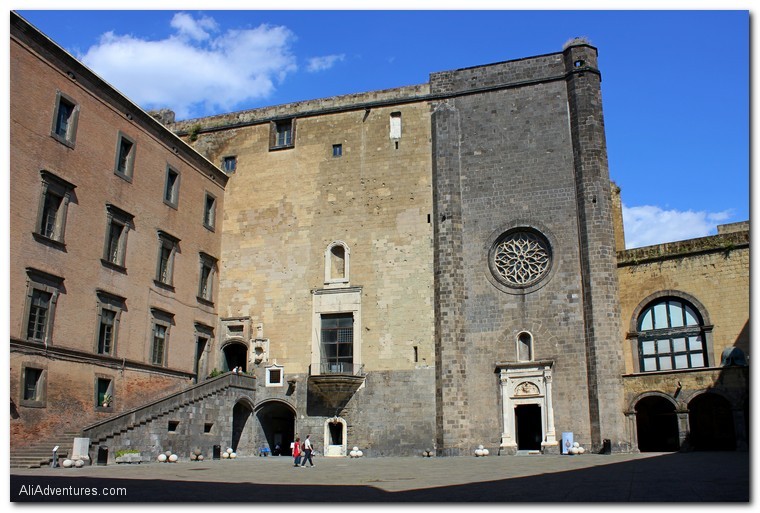 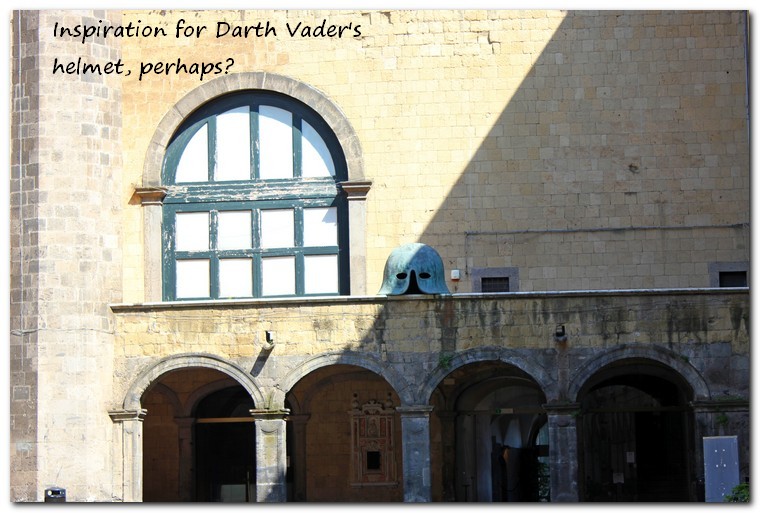 The oldest of the Naples castles, Castel dell’Ovo, Castle of the Egg, juts out into the water from the coastline. Andy and I viewed this one from the beach towards the end of the afternoon, the last of our castle hunt. Entry is free if you want to go inside. 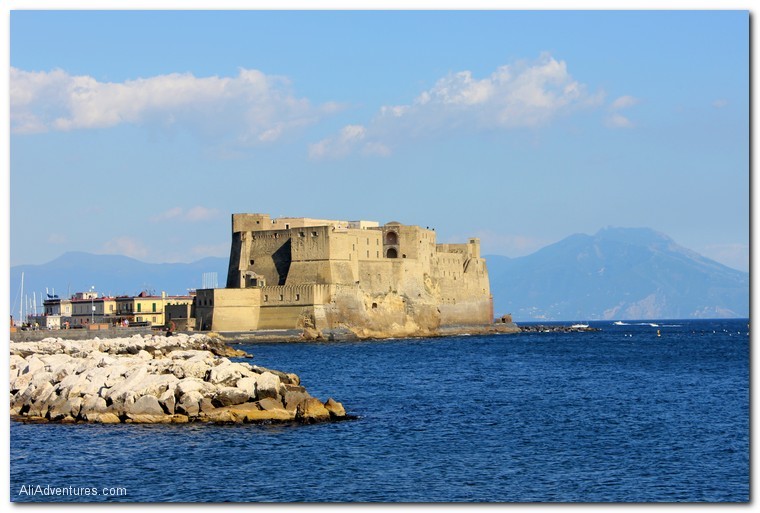 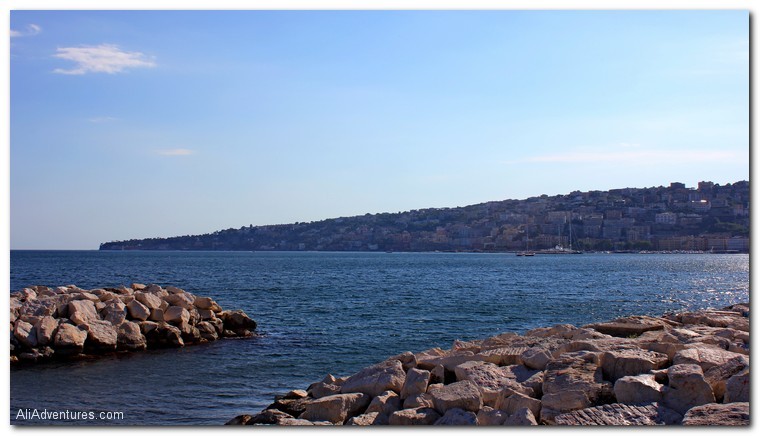 As we were leaving, we noticed we had a view of Castel Sant’Elmo from the beach. Located on the top of a hill, it’s not surprising you can see it from other parts of the city. 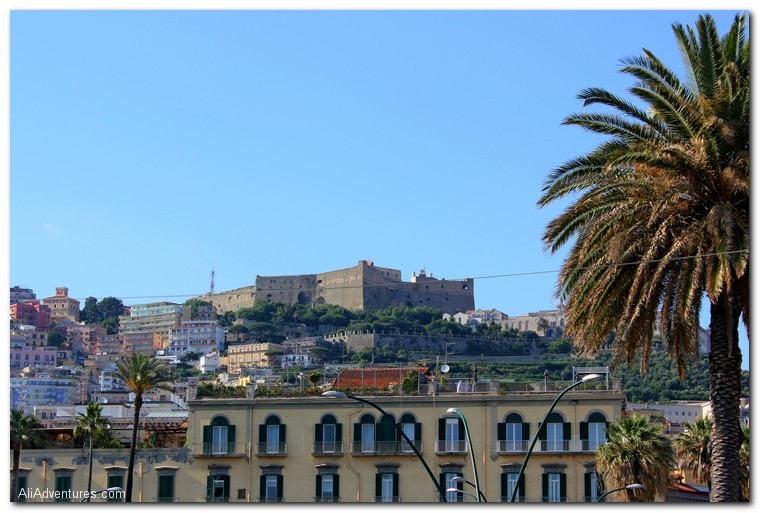 For more information about the castles and directions for getting there, click the links below: