Dubrovnik, Croatia is one of my favorite cities I didn’t spend enough time in. I seem to have a bad habit of visiting a place for a day and falling in love, like with Lisbon. I added it onto a trip to Malta, which was already too short, but the list ticker in me couldn’t resist seeing another city.

I flew from Malta to Bari, Italy and then boarded an overnight ferry, arriving in Dubrovnik around 8AM. It was cheaper and more time efficient than flying from Malta, although I hardly slept. I bought a ticket for a seat inside, but the air conditioning was on full blast and it was freezing. Instead, I sat out on the deck with a girl I met in line to board the ferry. It was still cold out there, but a little more bearable. Mostly I was just so excited to visit Dubrovnik! 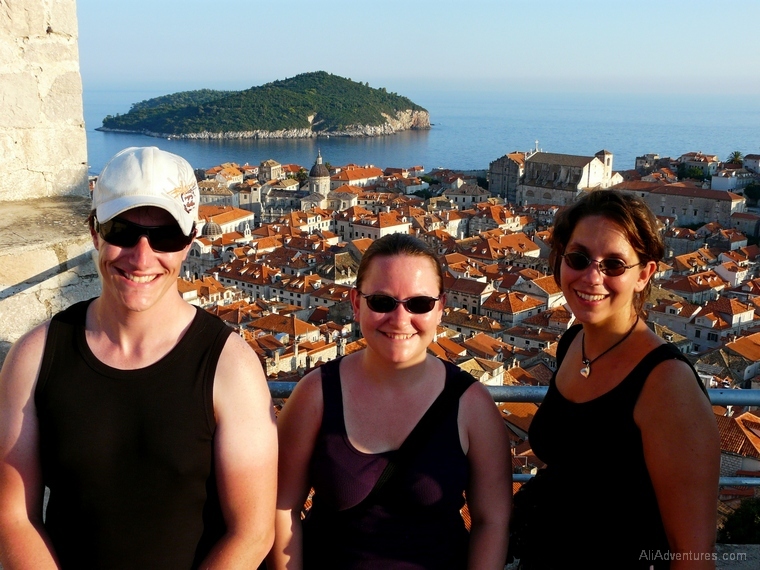 After getting off the boat, my new friend from the ferry spoke to some of the people waiting to take passengers to rooms. She ended up getting a room at a guest house about a minute away from mine, so we planned to spend the day together. A guy from my guest house overheard us talking, so he joined us when we left to explore the Old Town. 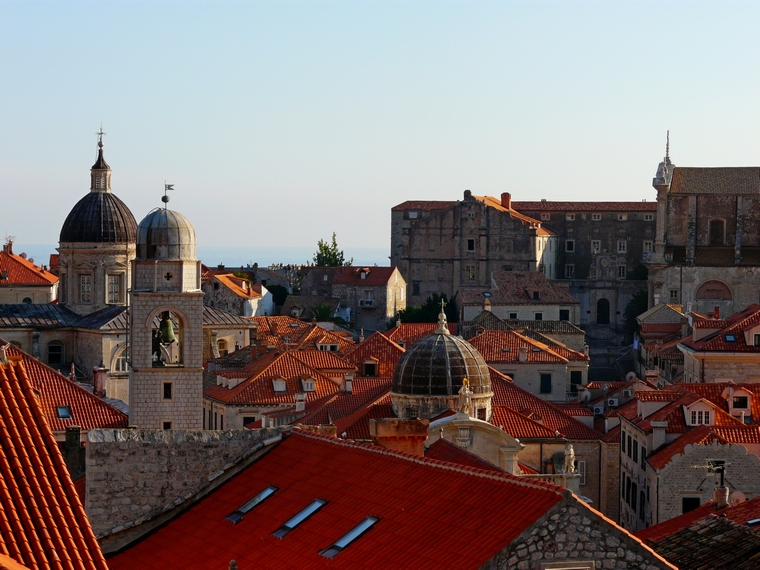 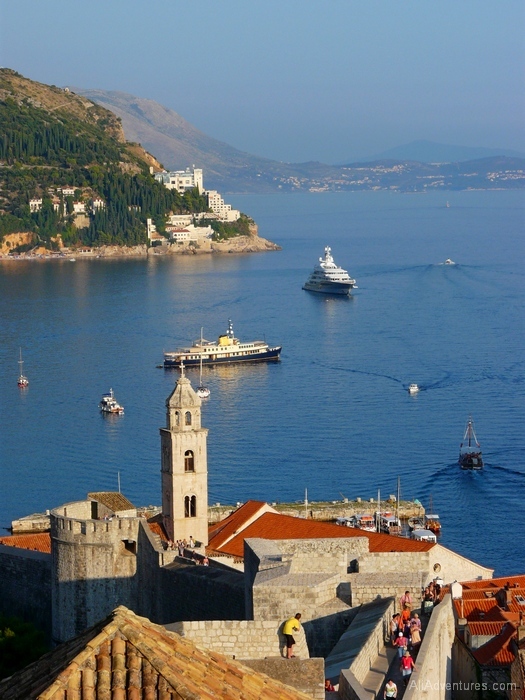 The Old Town isn’t huge, and I definitely felt like a day was enough to walk around and see what was there. Inside the walls of the Old Town is a pedestrian zone of smooth, marble streets lined with shops and cafes. I thought it was one of the prettiest towns I’d ever seen. 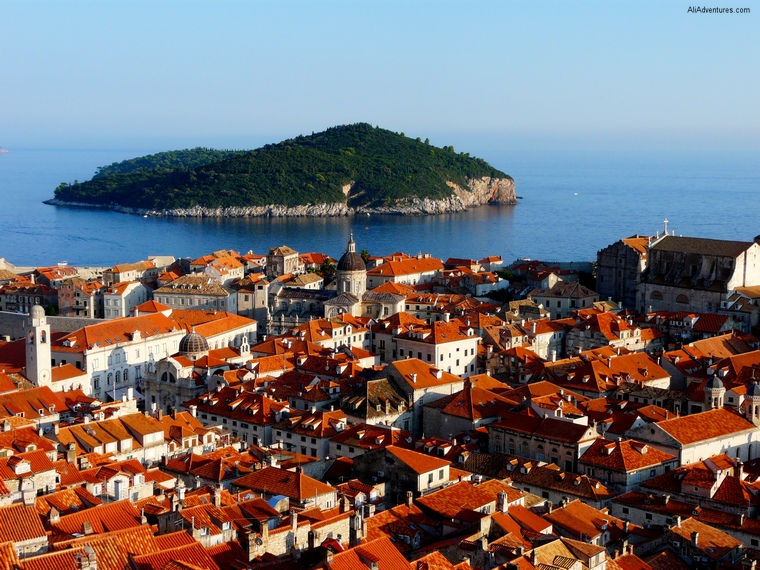 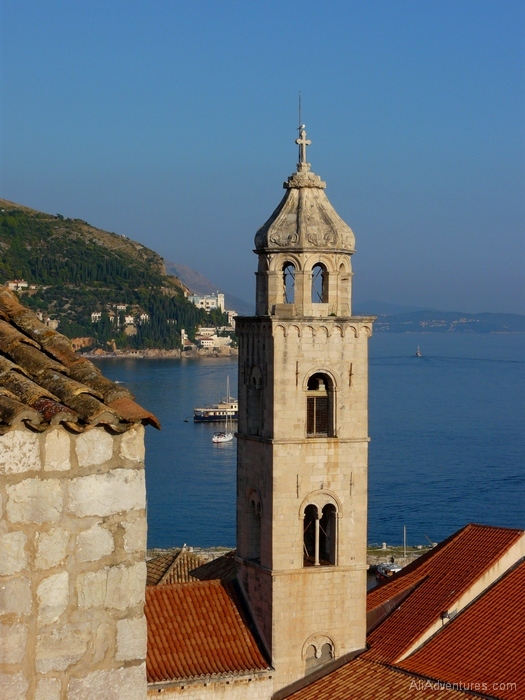 The walls that surround the Old Town are in good condition, and you can walk on them the whole way around. It was a hot August day, so even waiting until late afternoon to walk the walls didn’t keep us from sweating. But the views of the town and the sea were amazing! 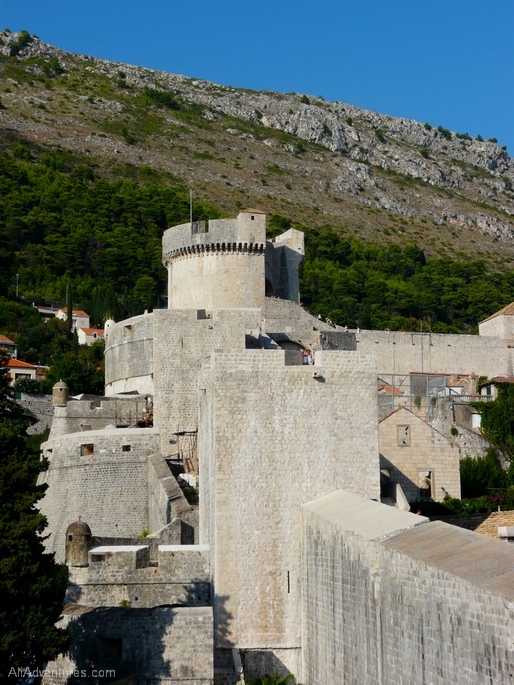 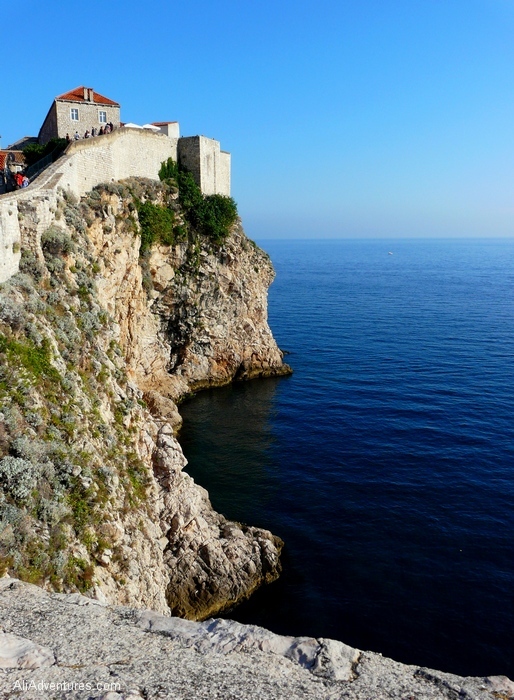 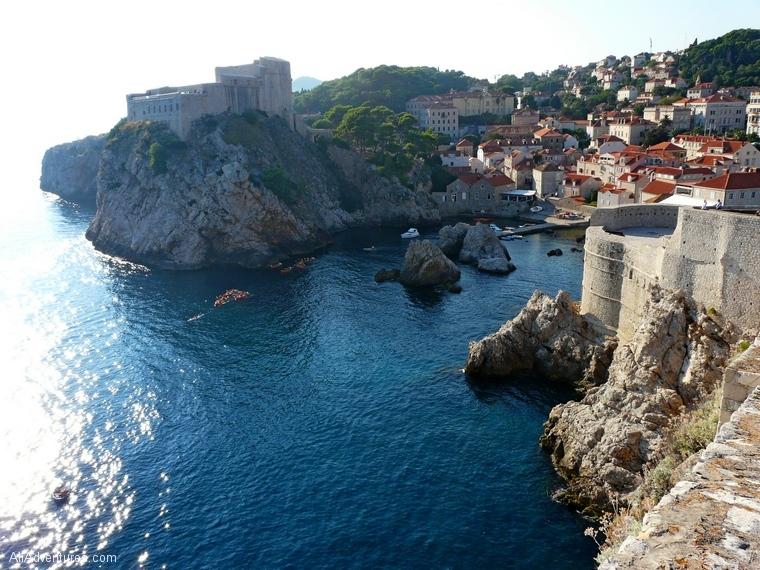 I’d definitely recommend walking the walls early in the morning if possible, or as a second choice, late in the day. No matter when you go, bring lots of water, wear sunscreen, and don’t forget your sunglasses!

A picnic dinner and a late night

After wandering the city all day, the three of us bought bread, cheese, some meat, and a bottle of wine, and made a picnic dinner for ourselves. We sat on a small wall by the water, talking, eating, drinking, and watching the sun go down.

We were having such a good time that eventually we got another bottle of wine and kept on talking. Even though it was just one day, this was easily one of my favorite solo travel experiences. 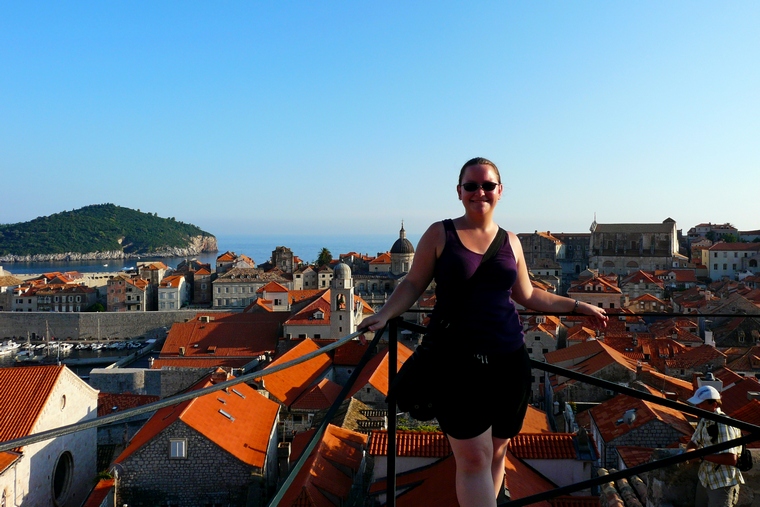 But at some point, we had to go back. After grabbing a taxi back to our guesthouses, I realized I had forgotten to confirm with the owner that they were going to drive me to the airport early the next morning.

I left a note, hoping someone would wake up earlier than me and see it, but I was the first one up. Somehow I didn’t let myself worry about making my flight on time. I figured I’d just start walking towards town and hope to find a taxi.

But as luck would have it, the owner’s son woke up just in time and was nice enough to bring me to the airport anyway. And so began my journey home. 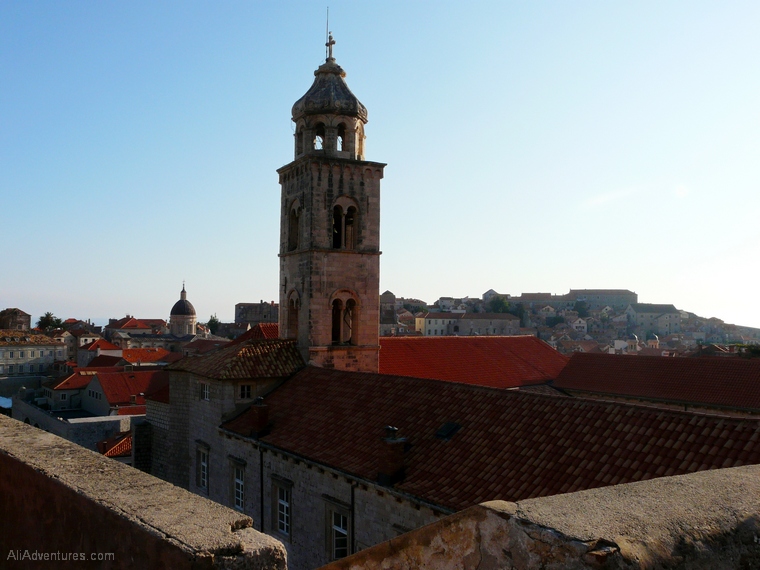 A city to return to

Even though I was happy with my one day in Dubrovnik, there’s definitely more to see than I had time for. And with time comes a new perspective, which often makes it interesting to revisit a place.

Andy has been to Dubrovnik (oddly enough, we figured out he was there just a few days after me, before we ever knew each other) but he didn’t get a chance to walk the walls in the Old Town. So we’re both interested in visiting Dubrovnik again, and hopefully combining it with seeing more of Croatia. 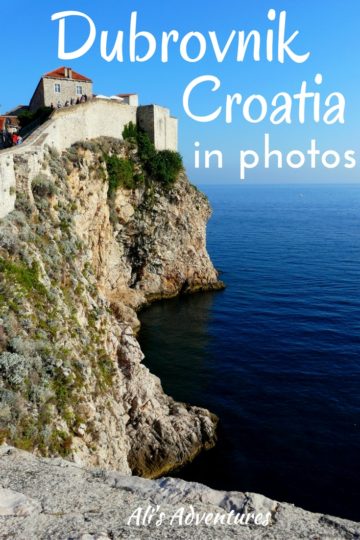 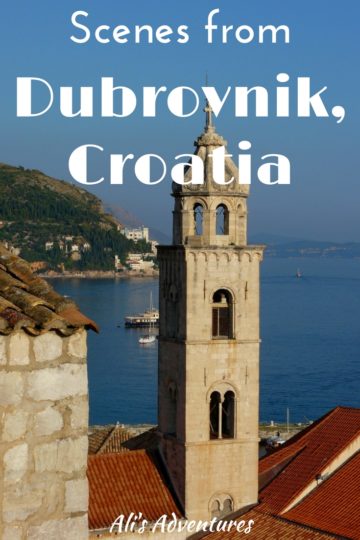