Have you ever been somewhere that just grabbed hold of you right from the start? Lisbon was that place for me. Andy and I flew to Lisbon in order to make it to Porto in time for a conference, and even though we knew we would have limited time there, we decided to spend the night instead of immediately hopping on a train north. I read some blog posts about what to see in Lisbon, and a friend of mine here gave me some suggestions. But the city had other plans for us.

After our early evening flight landed, we took the metro into the city, dropped off our stuff, and started wandering around the neighborhood in search of dinner. There was just enough going on to feel lively without feeling overly noisy. We opted for an easy buffet so we could spend more time exploring rather than sitting in a restaurant. 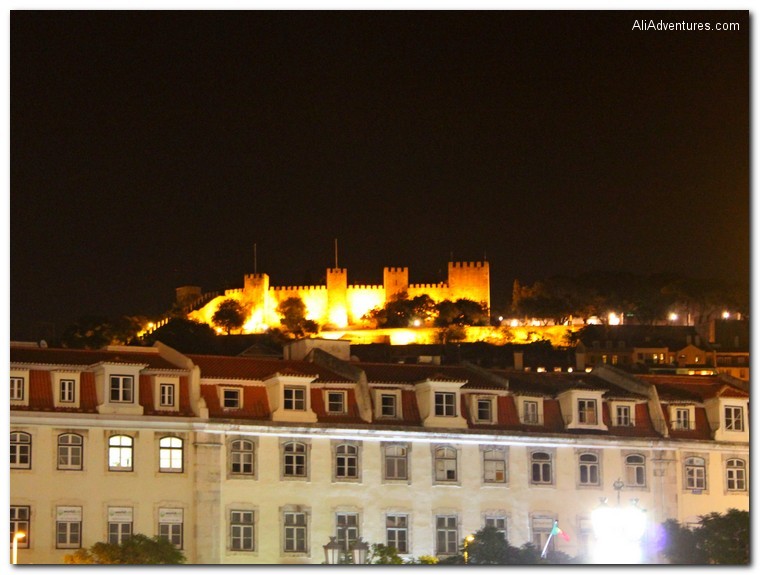 Night had completely taken over the sky by the time we finished eating, and the lights on the buildings added to the atmosphere. In the distance we could see a castle, and even though we love visiting castles, we never did have time to check it out. Instead we walked through big plazas with fountains and monuments, and took pictures. Something about those big open plazas makes me happy. 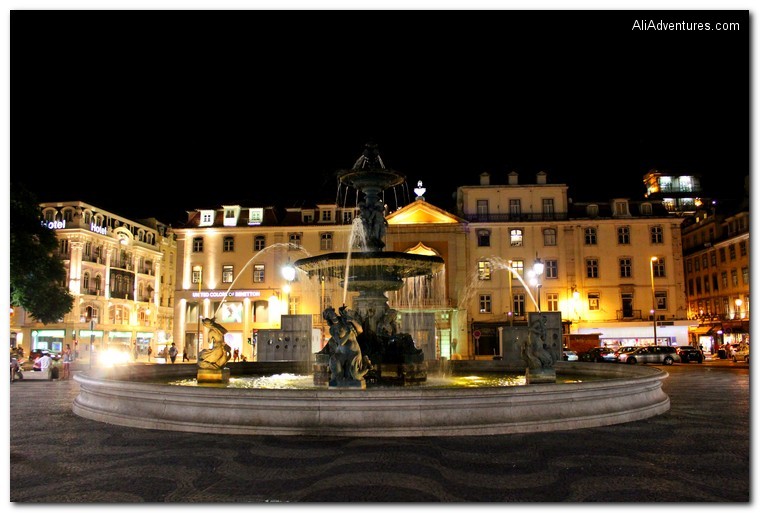 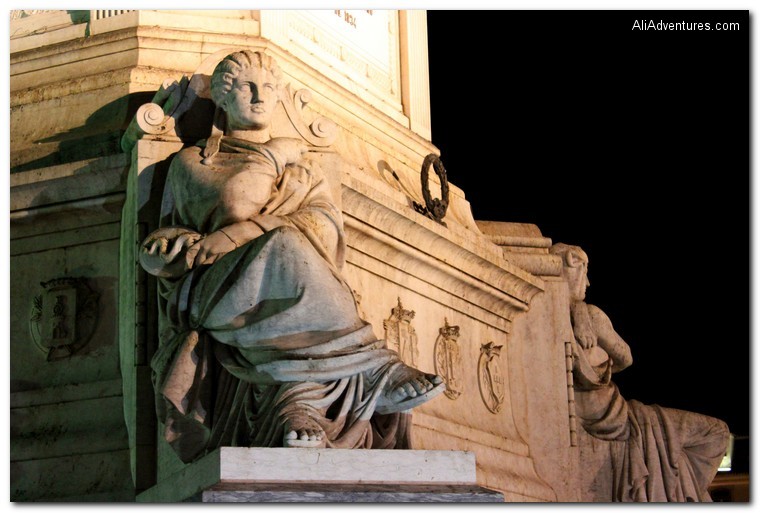 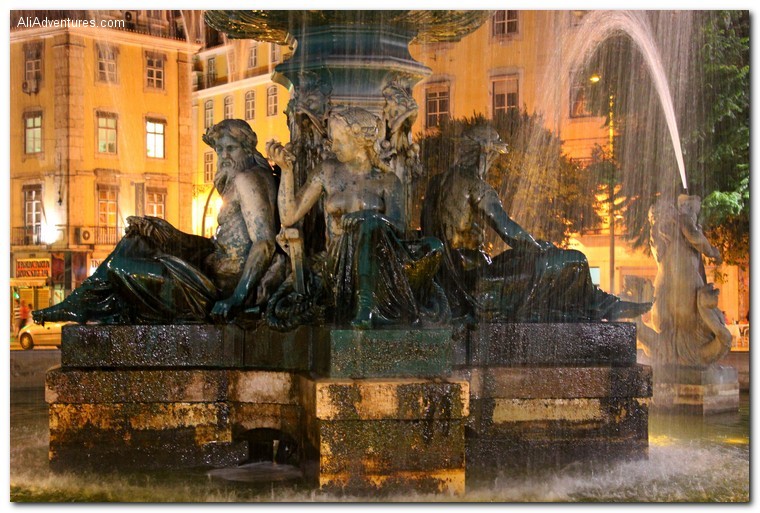 We wandered a little farther down the street, no real destination in mind, just towards the sea. So many cafes had outdoor seating that we decided to sit and have a drink, rum and Coke for me, gin and tonic for Andy. When the waiter came back out with our drinks, he set down two glasses, personal sized bottles of our mixers, and the entire bottle of each kind of liquor. As he started pouring the liquor, he said, “tell me when to stop.” Now that’s service! 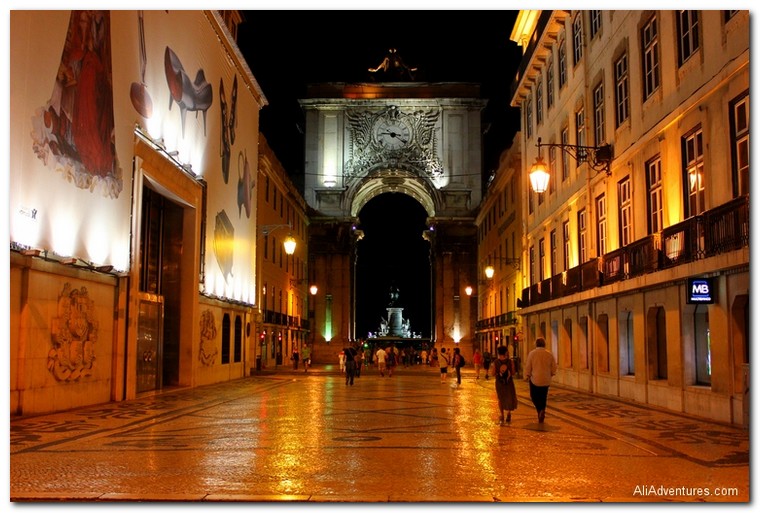 As we sipped our strong drinks and admired the view, we talked about our future and how we want it to look. We talked about the various places we want to travel to and things we want to do. Music played in the distance, people laughed a few tables over, a light breeze blew through the air. It was as night filled with optimism and hope, paired with the perfect setting in Lisbon’s streets. 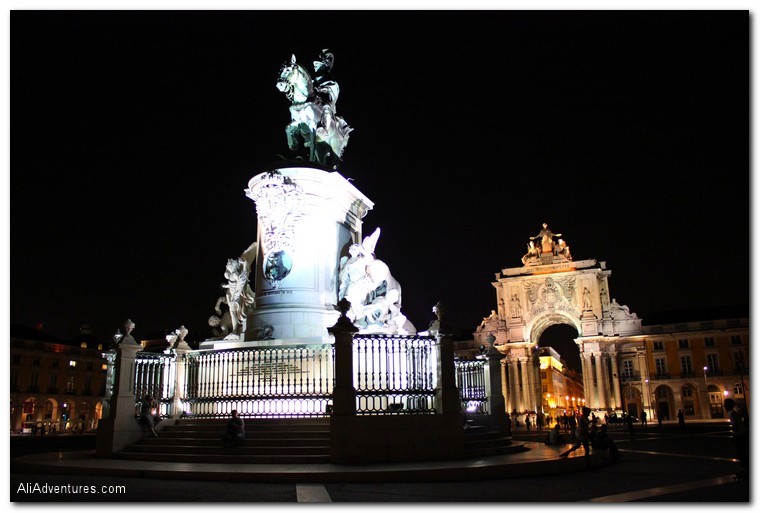 After paying for our drinks, we walked a little more towards the sea and into an even bigger square. I could smell the salt in the air as we watched the old fashioned tram go by. It might sound silly, but I felt free and alive, like our visions of the future were becoming more clear, more attainable. 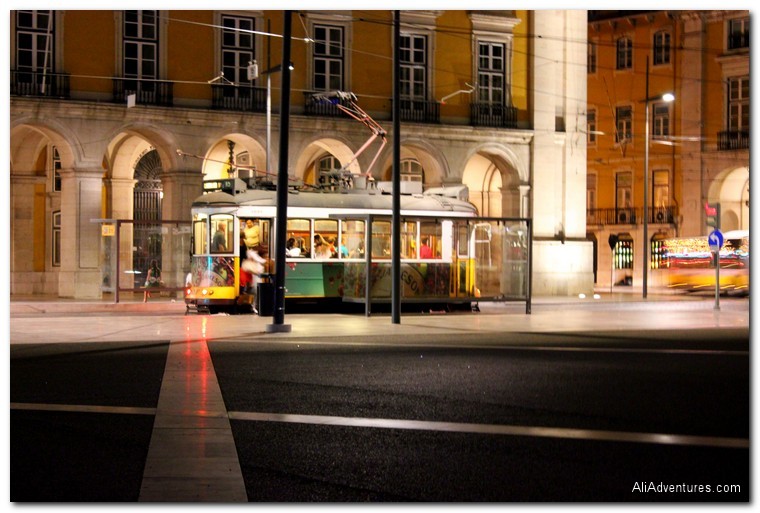 The next day was hectic. The ticket seller at the train station warned us against using their lockers to store our bags because often they won’t unlock, and people end up missing their trains while waiting for maintenance. So with our backpacks on our backs, we went back into town. We only had time to see Belem Tower and grab sandwiches to go before hopping on the train to Porto. 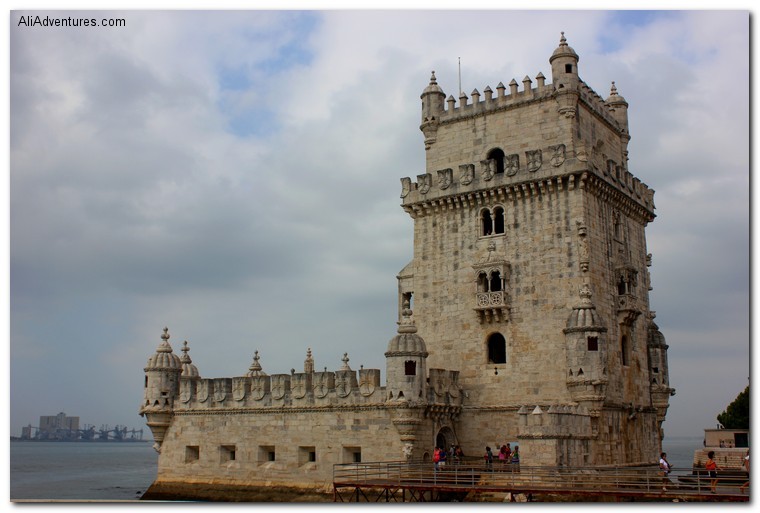 It probably had nothing to do with Lisbon, but I still wished we had more time there. Somehow having to leave in the morning felt like breaking the spell.

The next few days were spent in a whirlwind of networking and info sessions at the conference, and a group trip through northern Portugal. Luckily being at these blogging conferences, while exhausting in some ways, is also energizing in other ways. The spell wasn’t broken. Andy and I still think about that night in Lisbon, our hopes for the future, and how we’re going to get there.

Funny how some places just make something spark inside in just a few short hours.