Best Christmas Markets in Berlin – Plus Ones to Skip 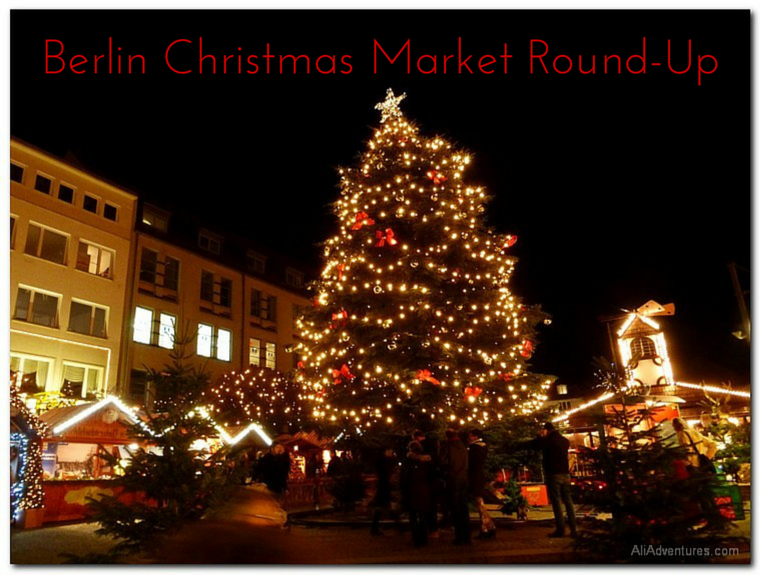 Some of these really were tiny. Some were interesting, others not so much.

Karlshorst is a small neighborhood towards the outskirts of the city. The Christmas market had a Middle Ages theme and had a nice atmosphere. There were musicians playing interesting instruments to give it a Medieval vibe, and most of the people running the stalls were dressed in theme as well. Some stalls were selling fake armor. Overall, we liked this one, but I probably won’t go out of my way to go again next year. Takes place the first weekend in December. 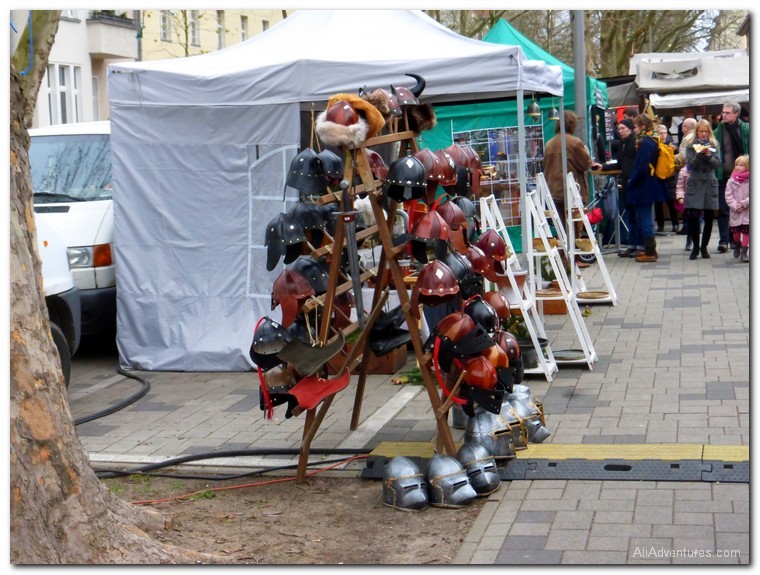 Kollwitzplatz is a big square/park in the Prenzlauer Berg neighborhood, and the Christmas market took up one street on one side of the park. All the food stalls sold organic food and drinks, and the ones selling goods were mostly handcrafted and local. It was a nice alternative to the mass-produced items found at more touristy markets, and I always like seeing organic food options, but it wasn’t overly festive feeling. Takes place the first and second Sundays of December. 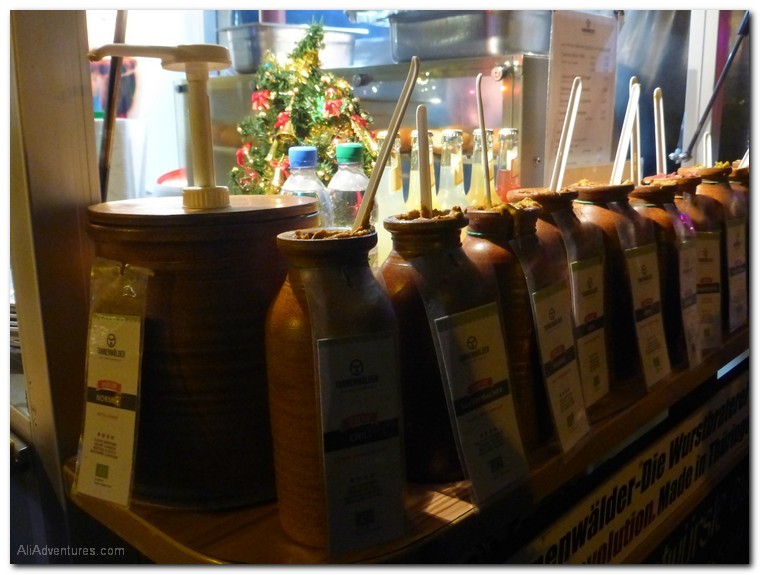 Sameriter Kirche is a church in our neighborhood, about a five minute walk from our apartment. We really only went to it because it was so close. There were only a couple of stalls selling food and drinks, plus stalls selling local, handcrafted goods and a few other items we saw at many markets. It was nice to have one close enough to home to not need transport, but again, not super exciting. It almost felt like someone’s garage sale. Takes place the first and second weekends of December. 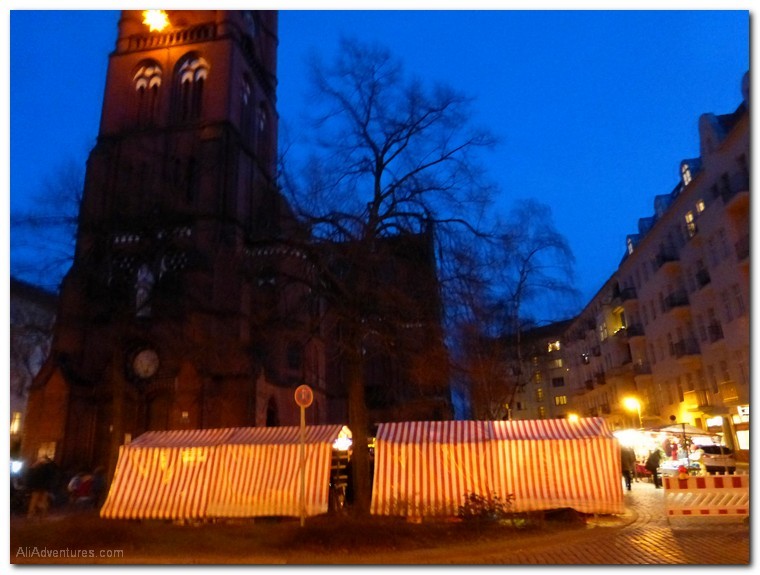 This one sounded interesting because of the name, the Nostalgic Market. It’s located a bit southwest of Alexanderplatz in the Nikolaiviertel area. Some of the stalls had signs posted that said they accepted Deutsch Marks, though I’m not sure if they really would or if it was simply part of the nostalgic theme. Unfortunately we were there on the first night it opened, and it was dead. We were almost the only people there, and it was kind of depressing. Maybe things picked up as the season went on, but we never felt the urge to go back. Open the whole Christmas market season. 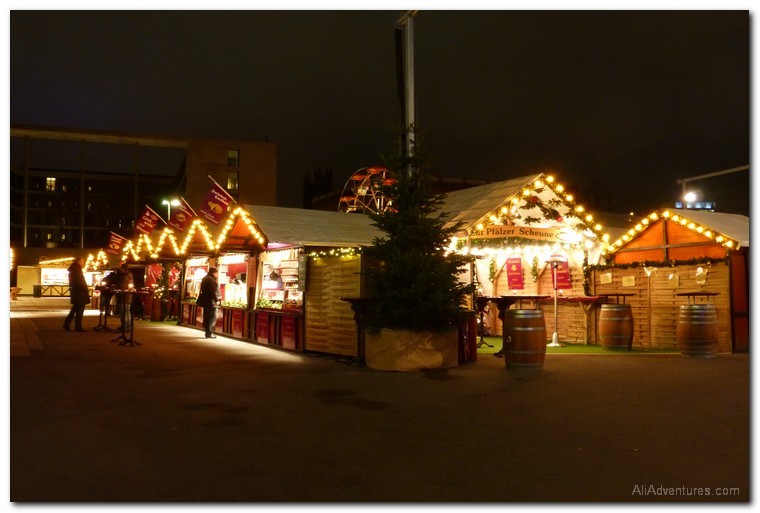 Christmas markets that felt a little too commercial

Christmas markets are always selling things, but these markets seemed to have more emphasis on it. They just didn’t feel as festive to us when compared to the other ones we really enjoyed.

The Christmas market at Alexanderplatz is probably the most touristy one in the city. We never really planned on going to this one, but we were hungry enough that stopping for food before moving on to the markets we actually set out to see seemed like a wise choice. The stalls feel boring and corporate, and they mostly sell touristy souvenirs. It’s easy enough to get to several other good markets, so I’d recommend skipping this one no matter how short your visit to Berlin is.

Open the whole Christmas market season. Take the U2, U5, or U8 to Alexanderplatz. 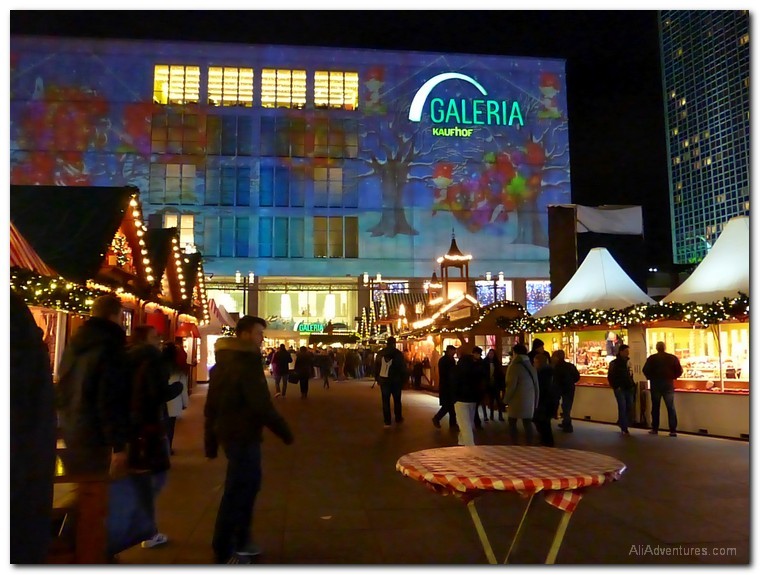 This one is really pretty and sits in a square in front of a concert hall and two churches. There is a small 1€ entrance fee, which we thought would keep the crowds smaller, but we were wrong. It felt incredibly crowded, and it was much more upscale than we liked. Most stalls were actually glass-enclosed fancy things. It’s not a bad market, and the setting is gorgeous, so I can’t say not to go. But it’s not one I need to go back to.

Open the whole Christmas market season. Take the U2 to Hausvogteiplatz. 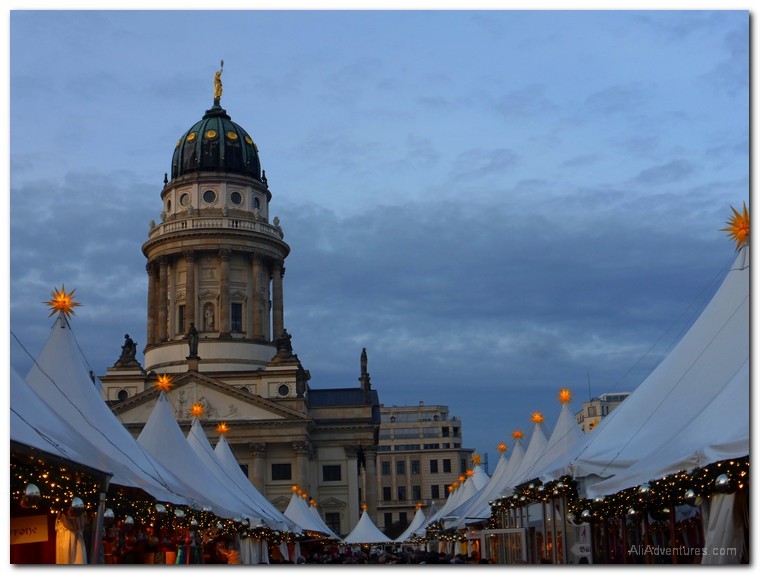 The Christmas markets we meant to go to but didn’t

We had good intentions, but some markets just didn’t make the cut.

The name of this one is Christmas Rodeo…why wouldn’t I want to check that out? But it turns out it was a shopping-themed Christmas market with a 4€ entrance fee. Andy and I don’t like to shop, and the steep fee was a big turn-off, so we left. Takes place the first weekend of December. 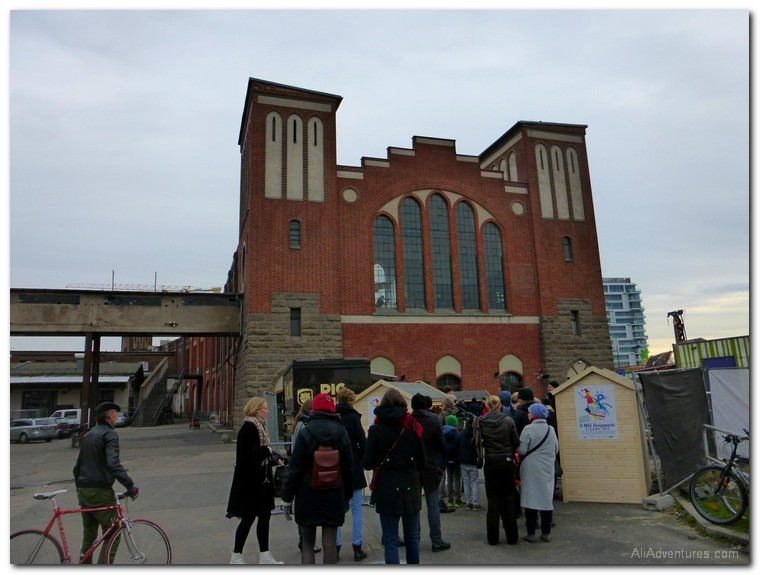 This one sounded interesting because it was held on a rooftop terrace of some sort. But then we found out it was actually a club with entrance fee that happened to have some Christmas theme going on. Not our scene, so we cut it from our list. Takes place the first and second weekends of December.

That really was the name of the Christmas market. Plus it was held in the Kraftwerk building, a former power station, so it sounded interesting. But again, this was a shopping-themed market with an entrance fee. What’s up with charging people for the opportunity to shop? Takes place the second weekend of December.

Quite a few Berlin Christmas markets take place only on certain days or certain weekends, but there were two in particular we really enjoyed.

The Rixdorf Christmas market is held on Richardplatz in Neukolln, and I heard people talking about it well before it took place. It turns out the square is huge, and it gets a great turn-out of people. The atmosphere was one of the more lively ones we experienced, and because of the neighborhood, there was a diverse variety of stalls. We ate Turkish for dinner and drank something being passed off as Mexican punch. Other stalls included charity fundraisers, and it had a real community vibe.

Takes place the first weekend of December. Take the U7 to Karl-Marx-Str. 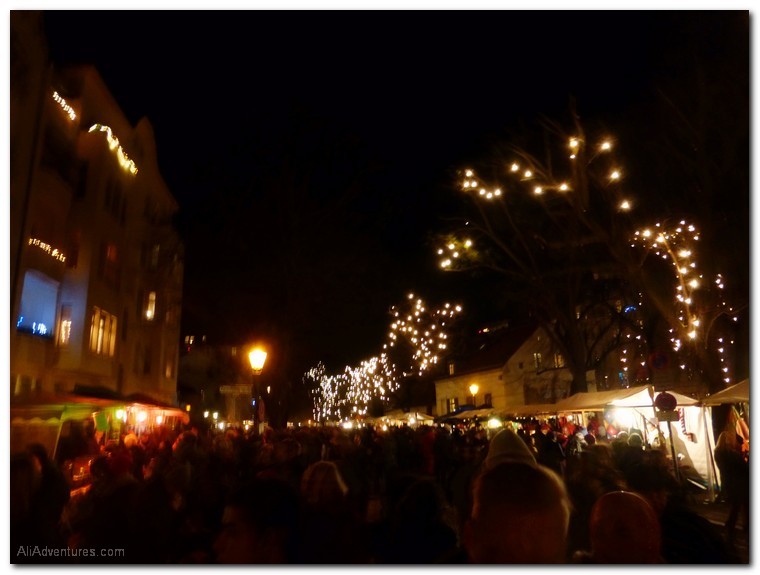 We were already familiar with this indoor market because we go there to buy organic meats occasionally. Their Christmas market primarily focused on sweets, so most stalls sold cookies, cakes, candies, chocolates, and anything else dessert-like you can think of. We bought plenty of chocolate, dulce de leche, cookies (including a chocolate chip peanut bacon cookie) and more chocolate. This market was held on December 6th, which is St. Nicolas Day when children receive candy from St. Nick.

It’s the Sunday before December 6th or on December 6th if it falls on a Sunday. Markthalle Neun is at Eisenbahnstr. 42/43. Take the U1 to Görlitzer Bahnhof or Schlesisches Tor. 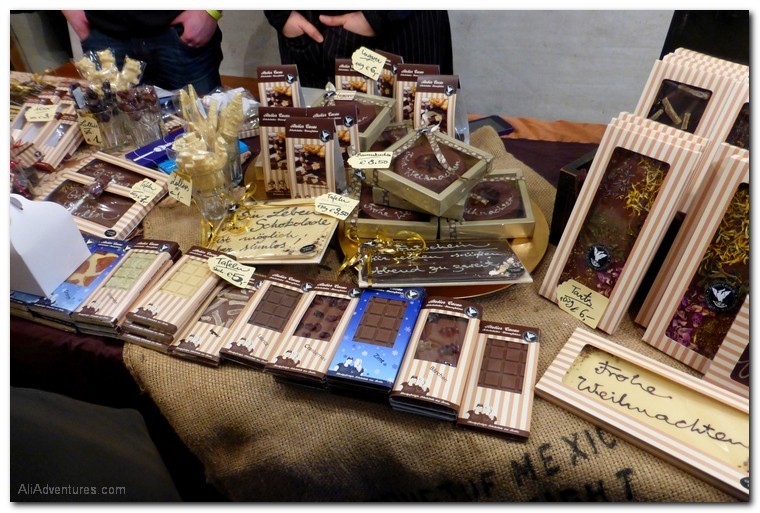 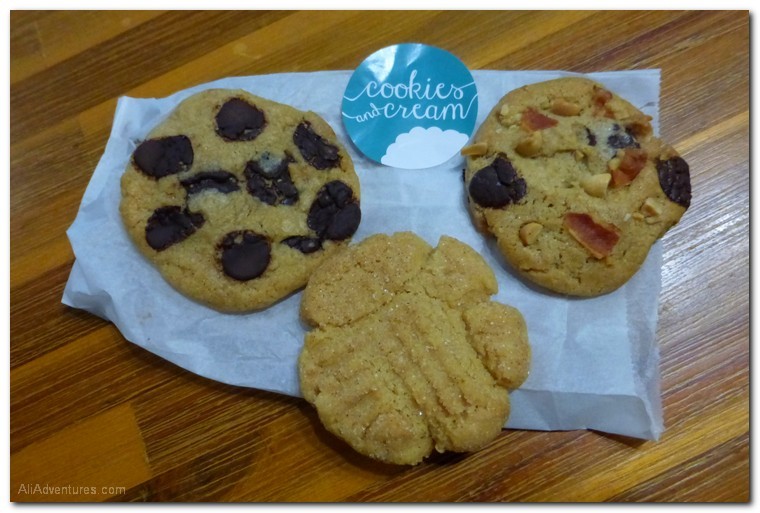 Our favorite Christmas markets in Berlin

Spandau is in western Berlin and still feels like its own village. There is a medieval section complete with a knight statue for atmosphere, plus the normal stalls selling food, candy, gifts, and Glühwein. I can’t put my finger on it, but this is a fun one and it helps that it runs through quite a few streets.

Runs the whole Christmas market season. Take the U7 to Altstadt Spandau. 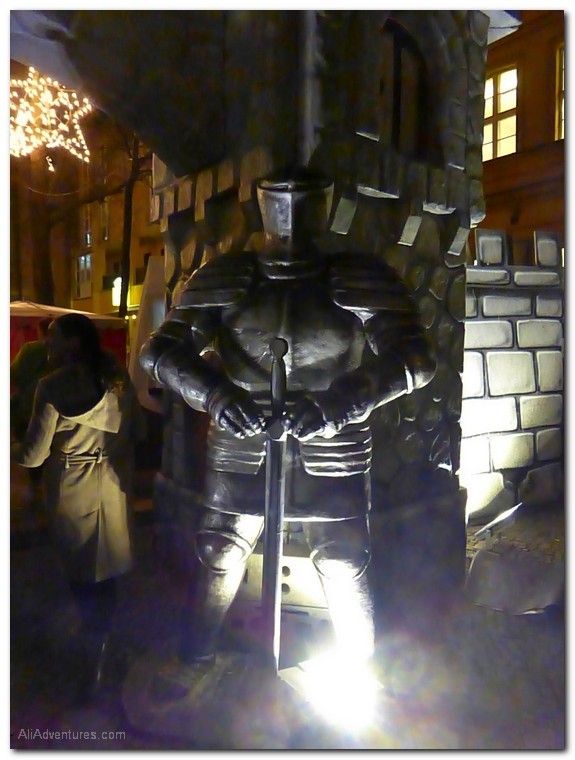 This Christmas market is held in front of the Charlottenburg Castle (it’s more palace than castle) which makes for a really pretty setting. The center is open with really big food and drink options all around. The decorations and lights complete the Christmas vibe. It’s clear on the other side of the city from where we live, but it’s one I think we’ll go to at least once each December.

Runs the whole Christmas market season and is one of the few open on Christmas Day. The address is Spandauer Damm 20-24, and it’s about halfway between Richard-Wagner-Platz on the U7 and Westend on the Ringbahn (S41/42). 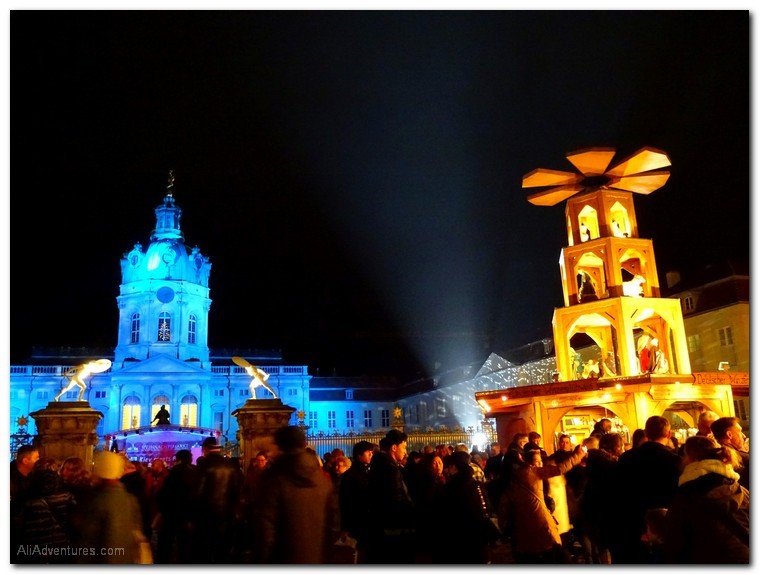 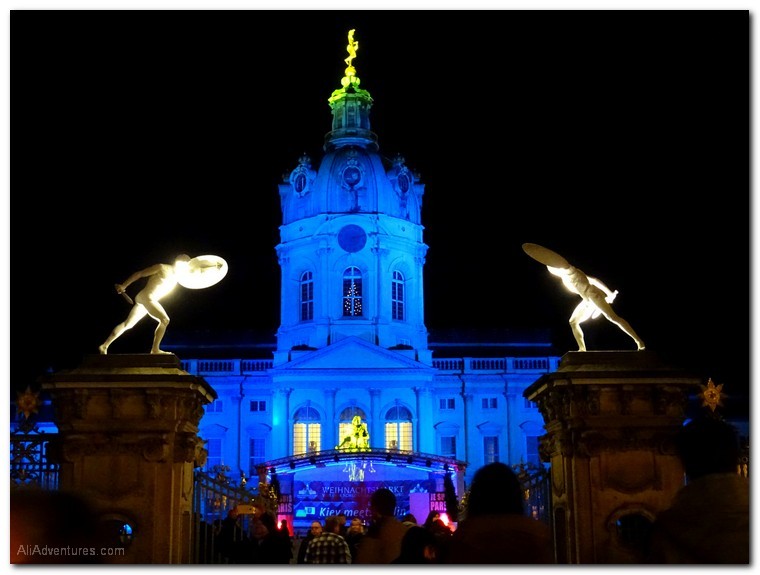 I’m not sure what this one is actually called, but it’s near the Red Town Hall (Rotes Rathaus) and in the square with the Neptune Fountain. It’s also steps from Alexanderplatz and the TV Tower. It’s definitely a little more touristy than some, but not nearly as touristy as the Alexanderplatz market. There’s a small ice skating rink and pony rides (luckily not together) and a wide variety of food and drinks. We had some amazing homemade garlic potato chips there. I think this is a fun one to see that’s easy to reach and near some of the touristy parts of town while still retaining some character.

Runs the whole Christmas market season. Take the U2, U5, or U8 to Alexanderplatz. 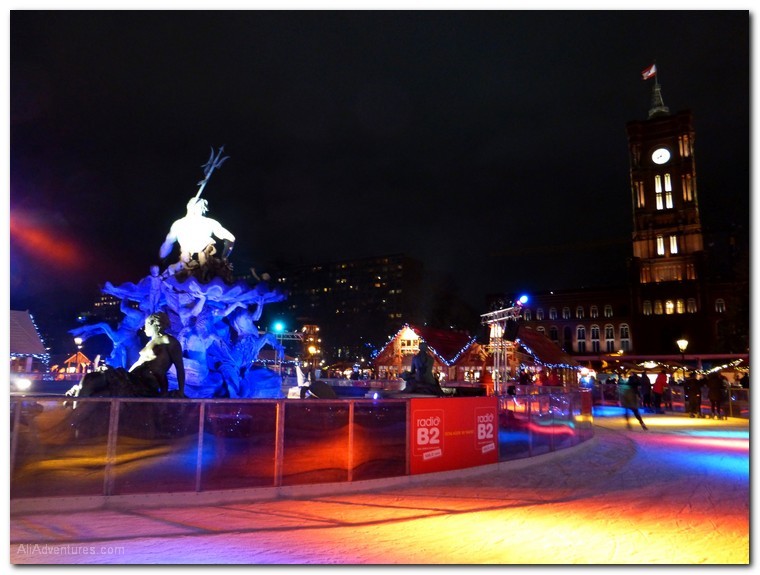 This is hands down our favorite Christmas market. It’s held in the inner courtyard of a former brewery and it has a Nordic theme. You can taste different versions of Glühwein (called Glögg) from Iceland, Norway, and Sweden (and maybe Denmark and/or Finland?) plus interesting food like reindeer and elk. There’s a stall selling really delicious but super greasy Kartoffelpuffers (fried potato hash brown/pancake type things) and a stand that sells Glübier (spiced/mulled cherry beer). There’s one stall set up in a yurt with a wood-burning stove/fireplace and another area that has heated seats and coats that are attached to…well they’re attached to something suspending them over the heaters. Overall, this one has a great atmosphere and I lost track of how many times we went there.

Runs the whole Christmas market season. Take the U2 to Eberswalder Str. 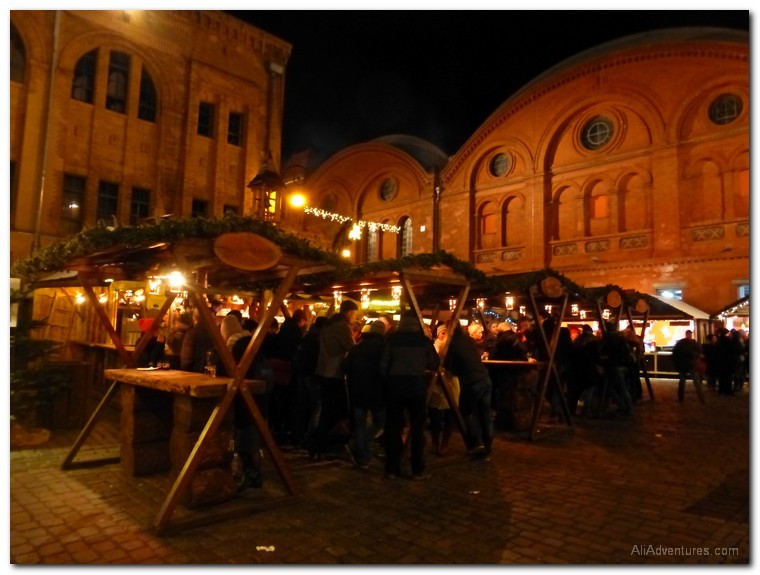 We planned our month of Berlin Christmas markets using Visit Berlin’s PDF of about 60 markets. Check it out here and look for an updated version for future Christmas market seasons. 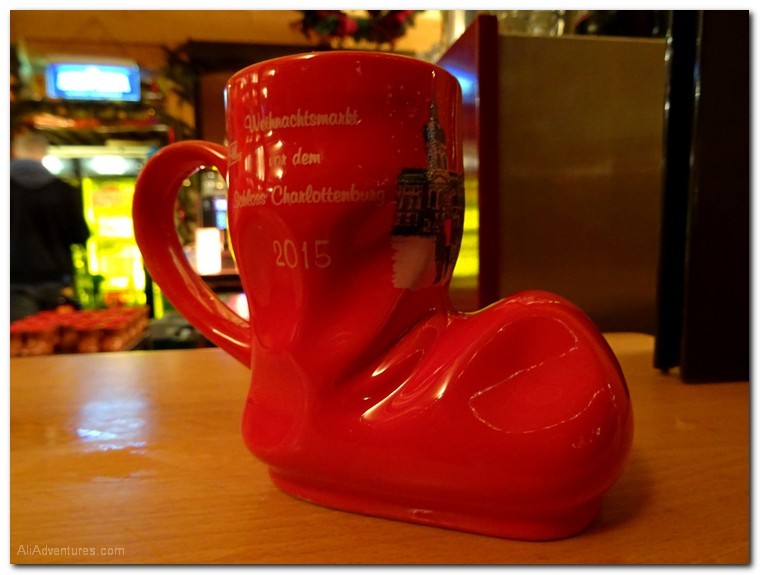 In total, I believe we went to 16 or 17 Christmas markets this year. Most were in Berlin, but we also went to a few in Dresden and a few in Hamburg. They’re a fun way to enjoy the holiday season and take the edge off the cold weather, and as much as I love going to warmer places in the winter, I think we’ll do our best to stay in Berlin each December to enjoy the festivities. 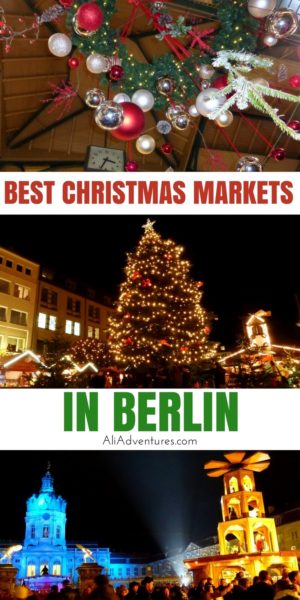