A Glimpse of Zagreb

With the Plitvice Lakes, Dubrovnik, Split, and the rest of the Croatian coast being such huge draws, Zagreb usually ranks pretty low on travelers’ wish lists. When Andy and I were in Croatia a little over a year ago, I had hoped to spend a couple of hours in Zagreb while in transit, but it was pouring that day so we skipped it. This fall, my good friend Gigi was staying in Zagreb for a month, and I decided to visit for a few days.

Views of Zagreb From Above

Zagreb has a cute old town, and I love seeing cities from above, so one of the things we did was take the elevator up to the top of the Zagreb 360 tower for some views. I think it’s a great way to see a city because it gives you a much better feel for how everything is laid out and how big (or small) the place is. I especially liked that the Zagreb 360 tower was just on the edge of the main square. I only wish it hadn’t been such a gloomy day.

After checking out the views, we hung out for awhile in their cafe. Since we had already been to a cafe that day, we didn’t buy buy anything. But they didn’t seem to mind, and really, we had already bought entrance tickets for the tower. The cafe had big windows all around, so we continued to enjoy the views while chatting. 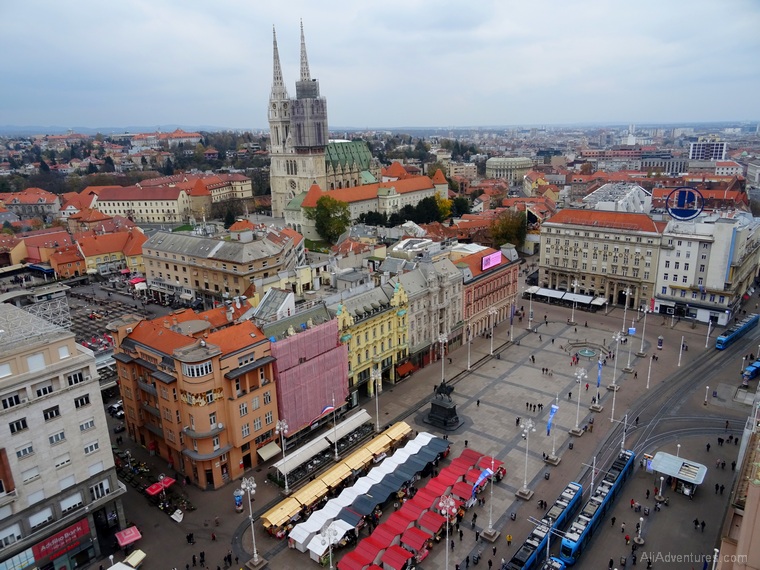 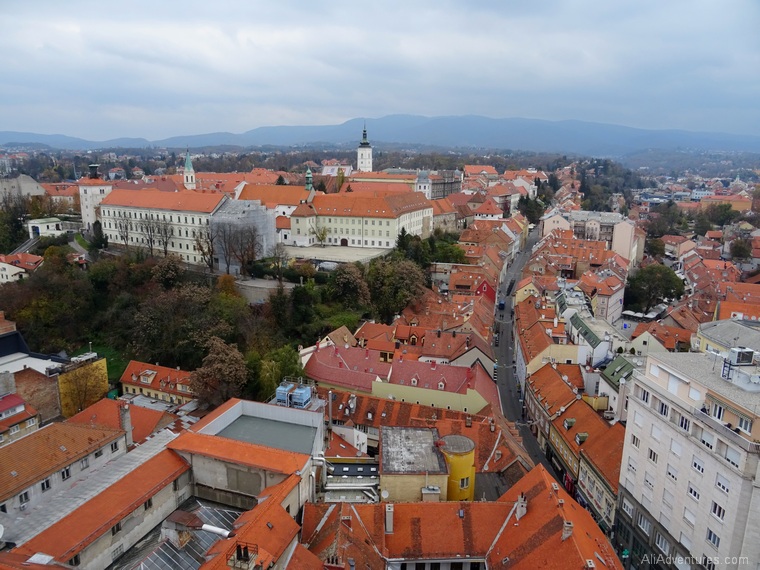 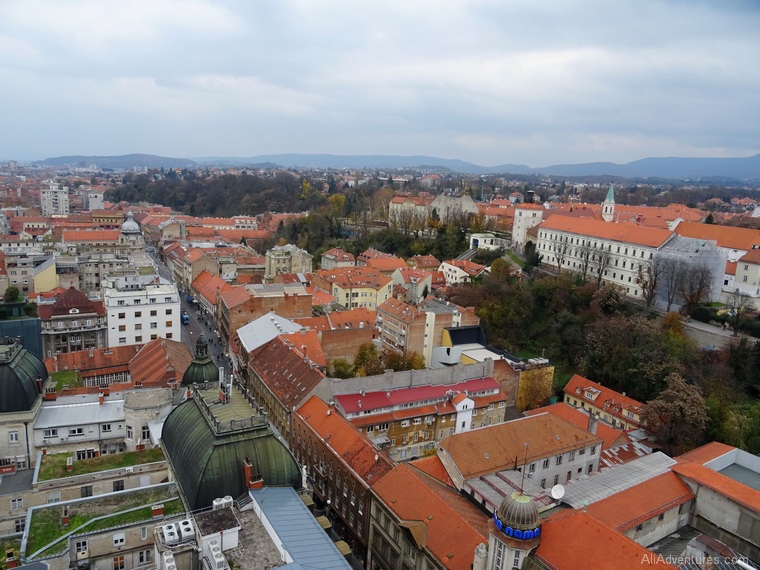 Zagreb doesn’t have a ton of tourist attractions, but the city is well known for its cafe culture. Gigi and I spent our days chatting, wandering through the cute cobblestone streets, and enjoying decadent treats at what must certainly be the best cafe in Zagreb. They had about a dozen flavors of gelato, a wide selection of brownies, a handful of different cookies, and some other treats like cakes.

I couldn’t decide between an amazing looking brownie and ice cream, but luckily they do combos. Gigi ordered a cookie ice cream sandwich where they took two cookies and scooped a bunch of ice cream in between them. Choice of cookies and ice cream flavor up to the customer.

Similarly, I went with a brownie and mint ice cream. This was so good we had to come back for a second round the next day. Totally worth cheating on my normal gluten free rule and totally worth taking a few lactose pills.

If you’re in Zagreb, you should definitely check out The Cookie Factory. The website is in Croatian, but we had no problem speaking English with the staff. And don’t let the picture fool you – it only shows a few empty tables, but it was almost completely full both times we went in. 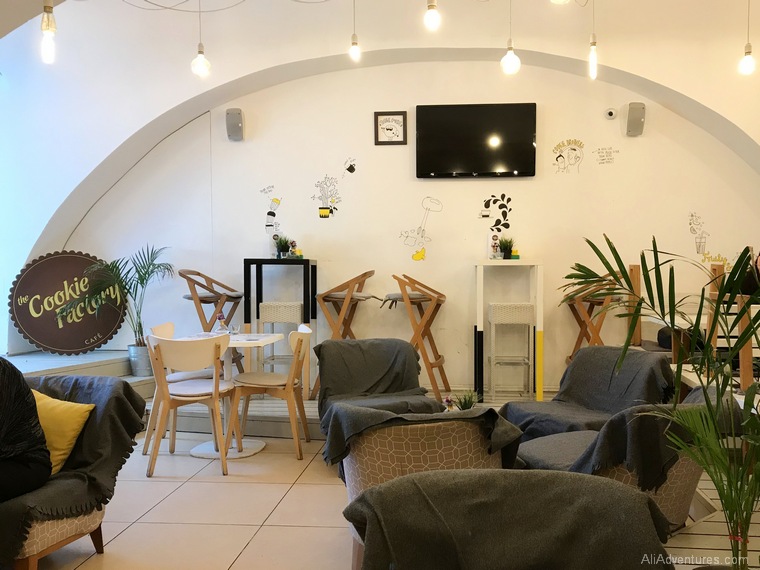 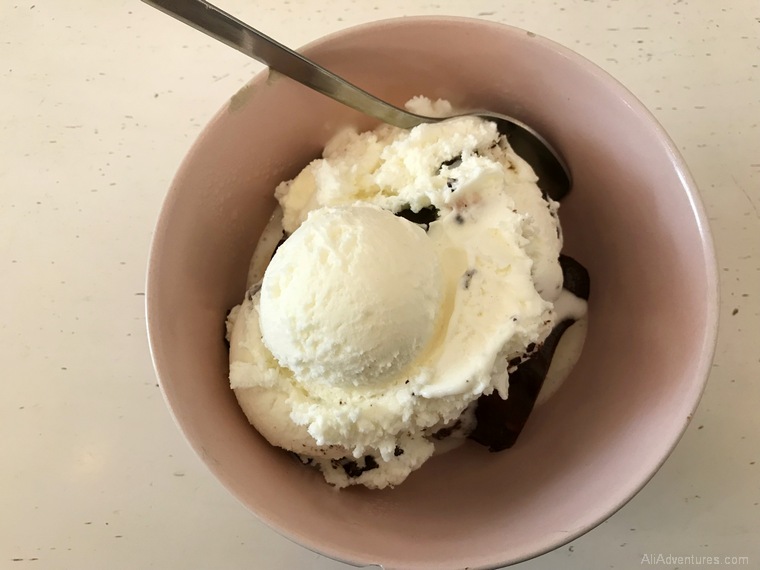 Where to stay in Zagreb, Croatia

For my 5 nights/4 days in Zagreb, I booked a room at Hotel Dubrovnik, which was right on the main square. This gave me easy access to restaurants and shops as well as several tram lines.

The bed was comfortable, and I was happy to have a small table and a couple of chairs so I had a place to sit that wasn’t the bed. There was a mini fridge too, always a nice perk. The bathroom was good, except for the hair dryer. Why do so many hotels use those hair dryers that look like a vacuum cleaner hose?

My booking included the breakfast buffet, which wasn’t overly impressive, but sufficient. They did have a few gluten free items, plus the standard sort of breakfast food you’d expect in most places. 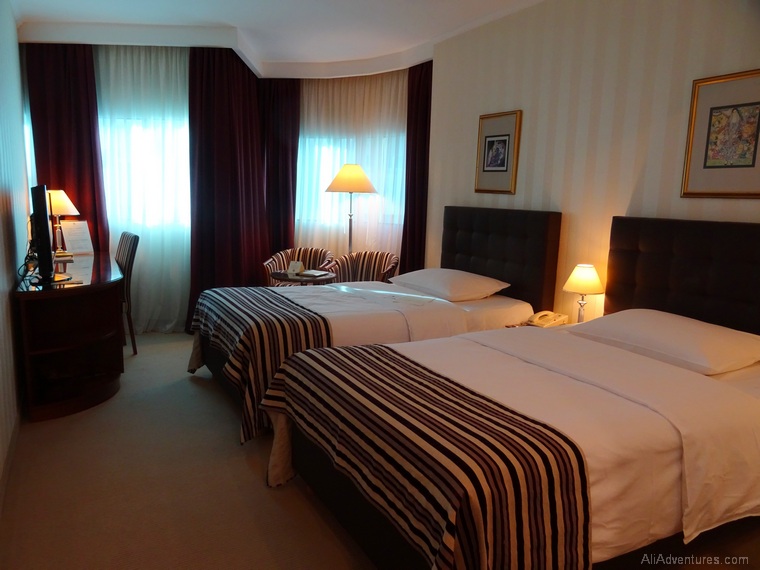 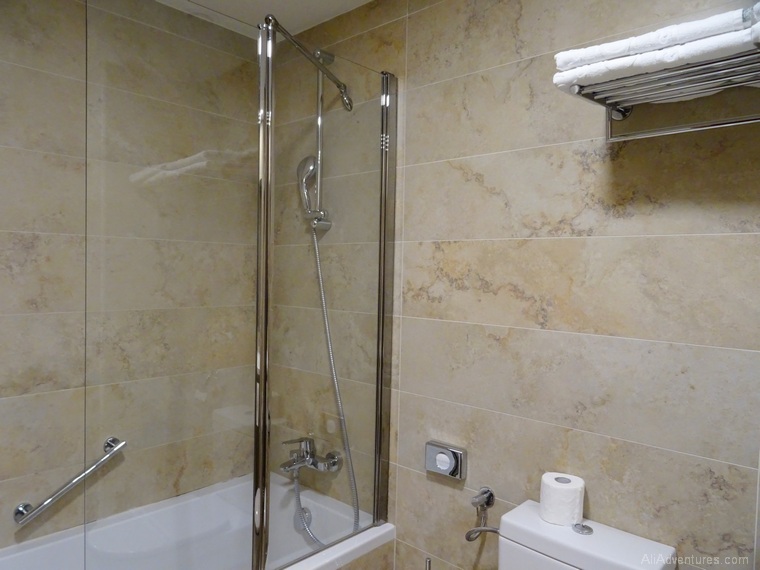 I can understand why Zagreb doesn’t always make the cut when people plan a trip to Croatia. The coast is so gorgeous, and there isn’t always time. But if you’re looking for more of a city experience, if you aren’t as interested in coastal scenery, or if you enjoy places where you can just BE without the pressure of tons of sightseeing, Zagreb is a wonderful city for a few days.