Scenes From Bamberg and Nuremberg, Germany

Of course it was raining. It seems like it always rains in Germany, and this summer especially was colder and rainier than normal. We were in Nuremberg for a long weekend for WEBMU, which stands for Whiny Expat Bloggers Meet Up, an annual gathering of expat bloggers in Germany. Andy went a few years ago while I was on my round the world trip, but we haven’t been able to make it since then. I was excited to see a new city, and even a day trip to nearby Bamberg, but of course that rain followed us around most of the weekend.

We arrived Thursday evening, and the day trip to Bamberg was scheduled for Friday. After meeting everyone at the train station, we hopped on an overly crowded train, and 45 minutes later we spilled out into Bamberg. I didn’t really know much about the city, other than it was supposed to be very pretty with lots of old, typically German-looking buildings.

The eight of us wandered the streets of the old town, peeked inside the cathedral, and ate food from the local area, including a smoky beer that is often referred to as bacon beer. I struggled to keep the rain from hitting my lens. 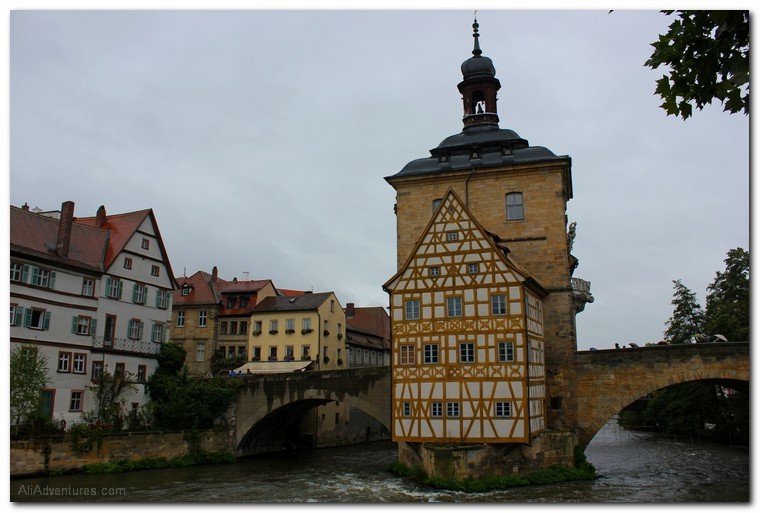 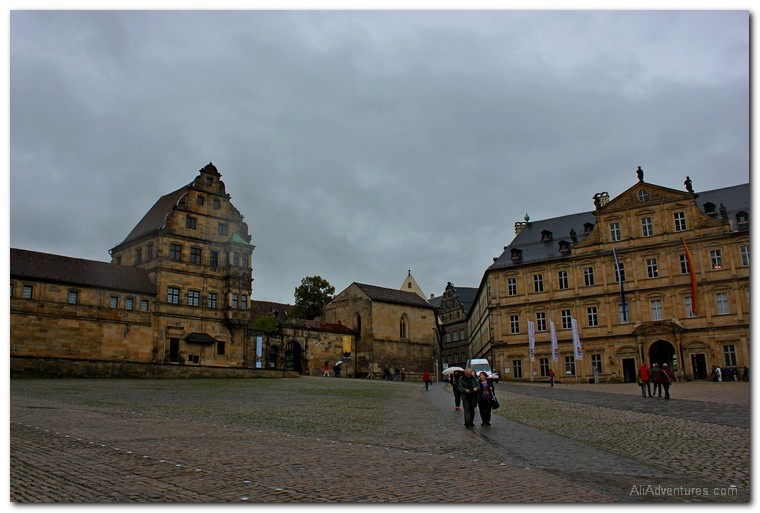 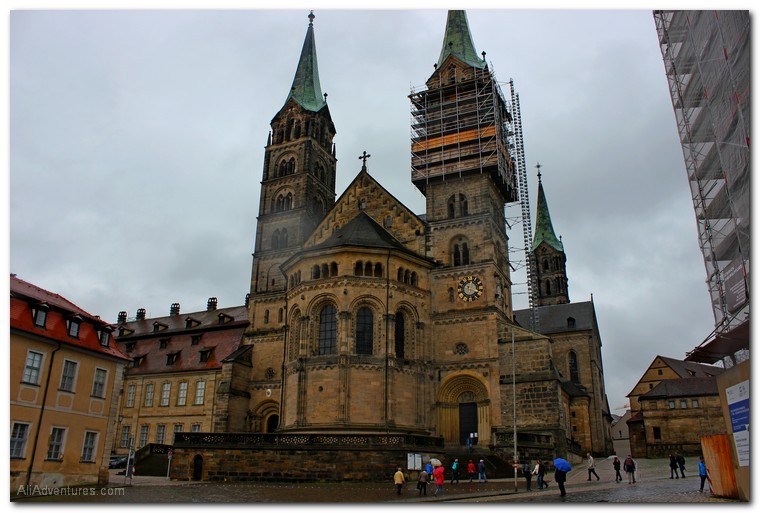 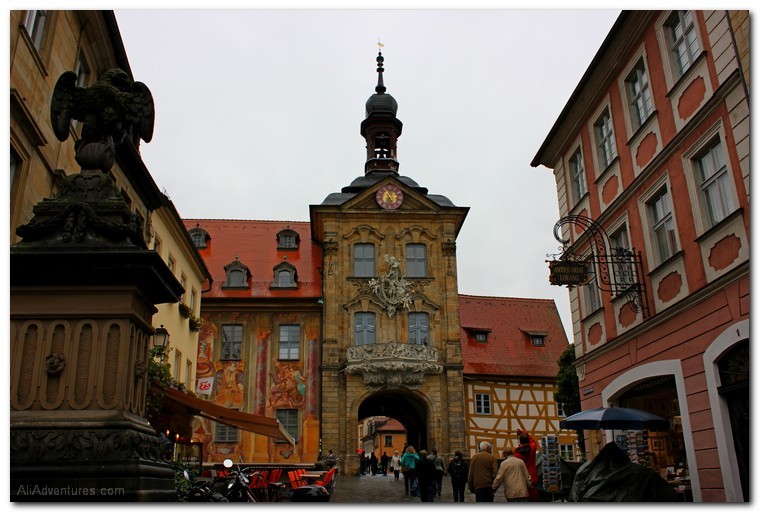 Nuremberg, or Nürnberg in German, was a significant city during World War II and, as a result, almost all of the city was destroyed during bombings. As with most European cities that were destroyed during the war, the city decided to rebuild in the original styles, so today it still looks like an old German city.

On Saturday, our second day of the trip, we met in the center of the city for a walking tour, and it continued to rain. Our guide told us how Nuremberg was once two separate cities. He brought us up to the city’s castle, pointed out the former home of a significant artist, showed us a piece of the Berlin Wall that’s now in Nuremberg, and explained some of the history of the city. 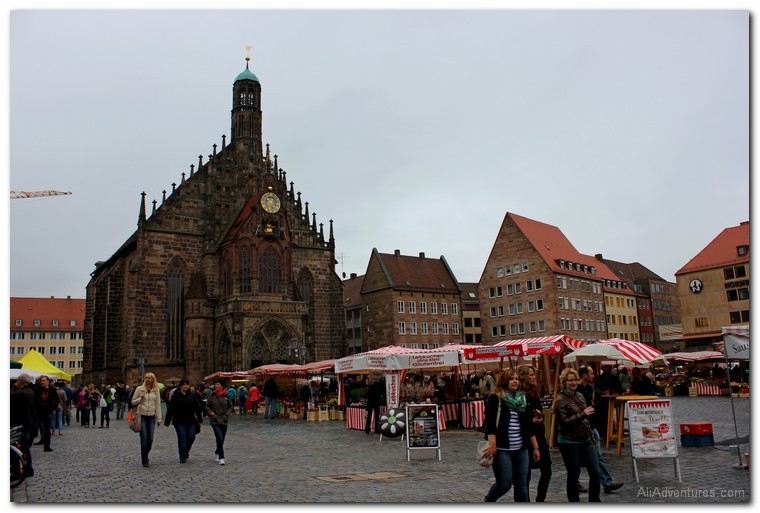 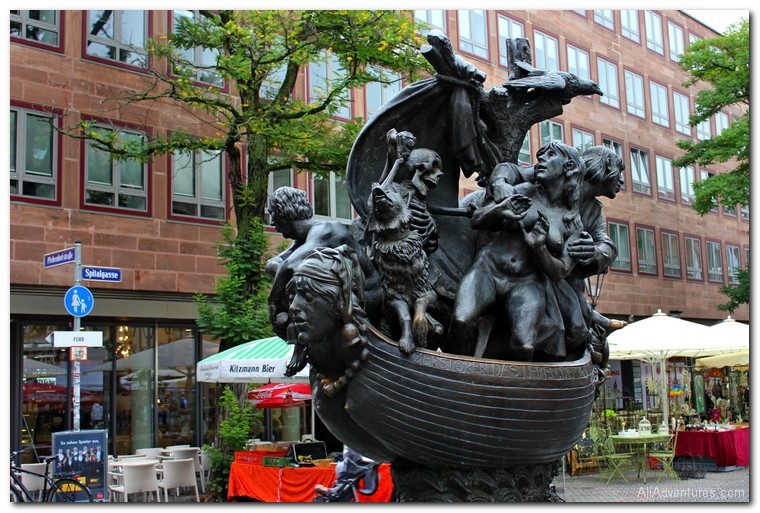 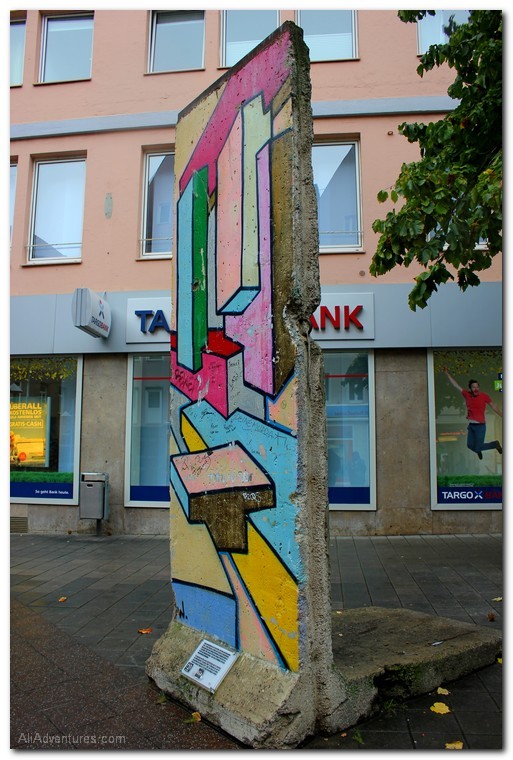 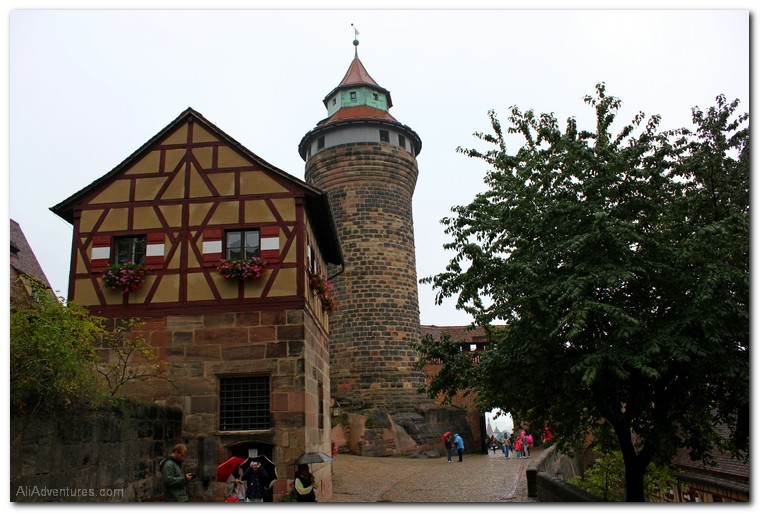 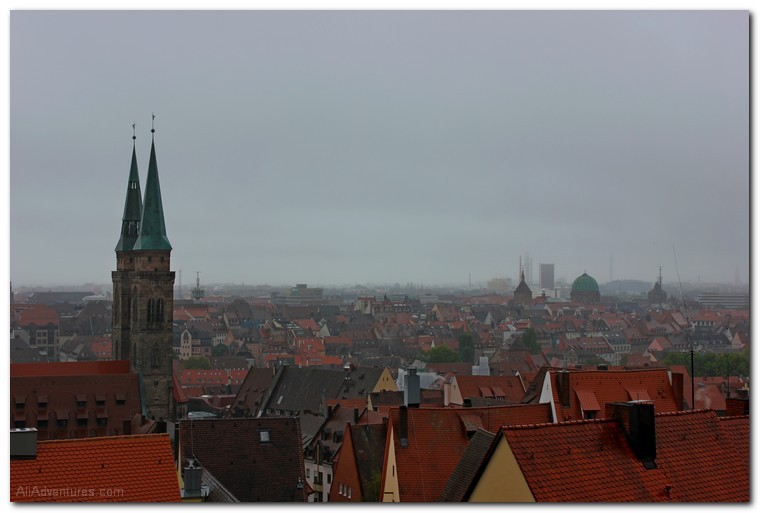 Thoroughly soaked from our walking tour in the rain, we went for lunch at a tavern serving typical Nuremberg food. Andy and I both opted for the Nuremberger sausages, and between the two of us, we ordered all three sides: sour kraut, potato salad, and horseradish. I liked the bell-shaped metal dish the sausages came in. 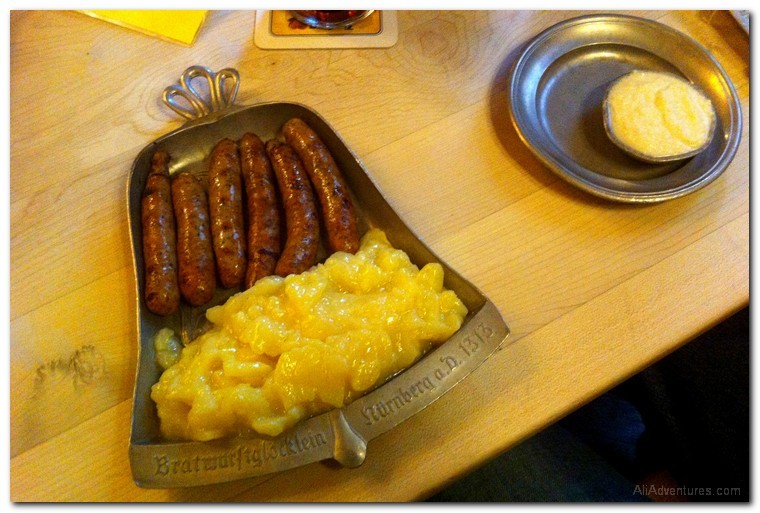 On our last day in Nuremberg, after brunch with the group, the sun finally decided to come out for a few hours. Andy and I still had some time before our train left to go home, so we wandered around to get some pictures in the light. We walked along the river, through the old town, and past a few things we saw on the tour the day before. 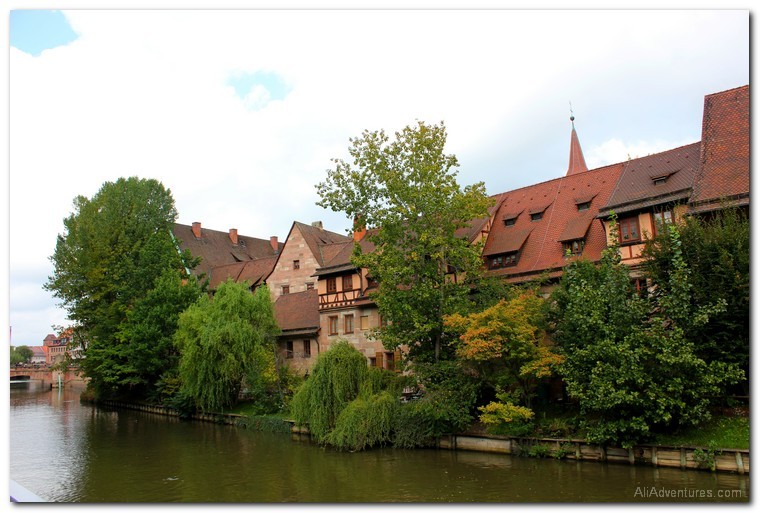 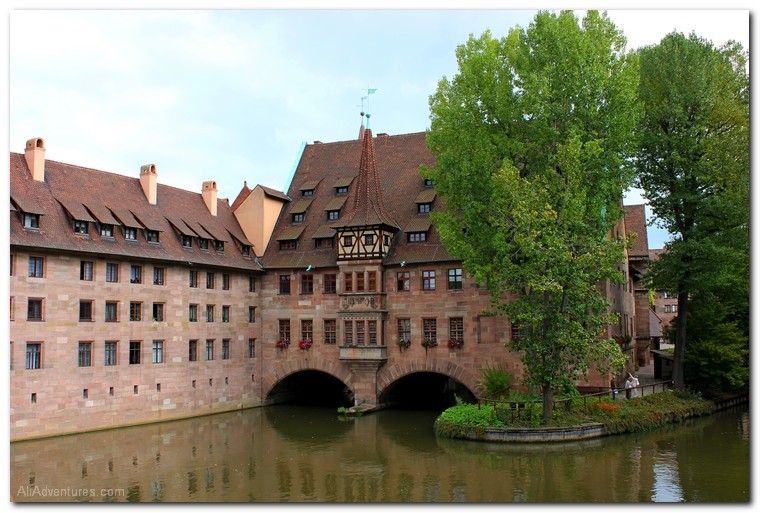 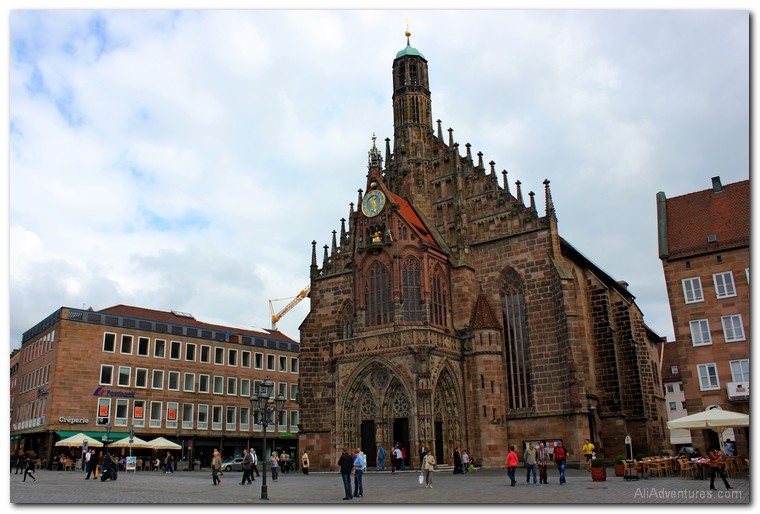 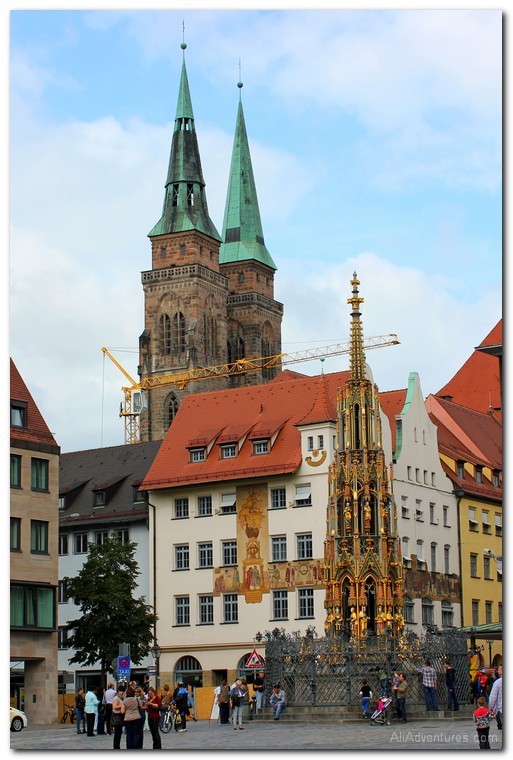 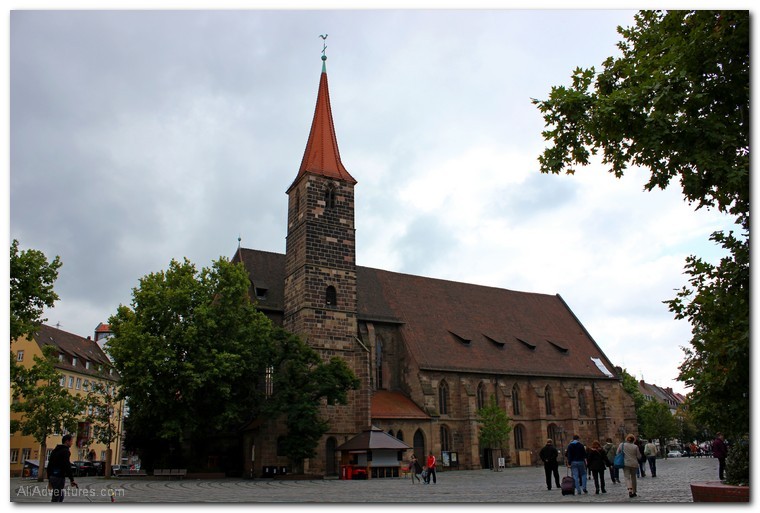 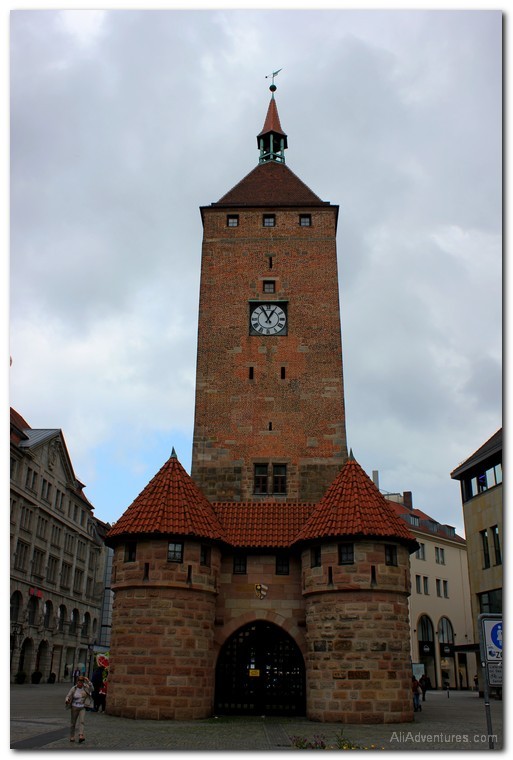 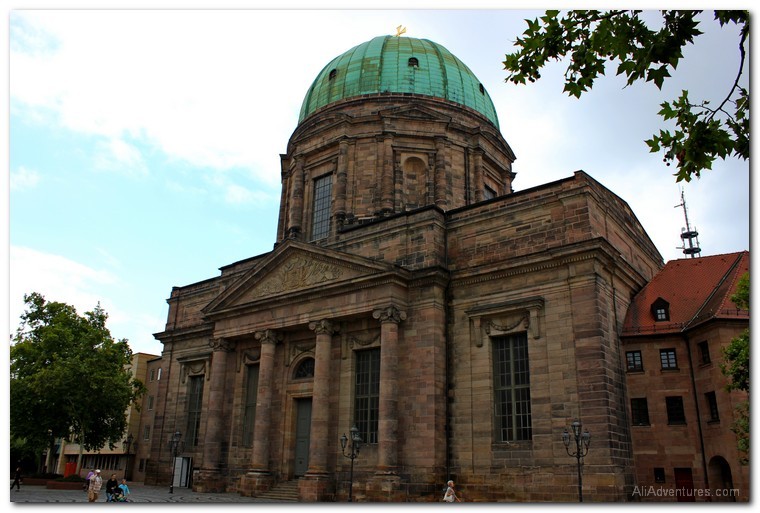 One of the things we saw on the tour that we had to return to was this crazy fountain. The artist designed it as a representation of marriage. Hopefully it doesn’t look like any marriages you know. It’s definitely one of the strangest fountains I’ve ever seen. 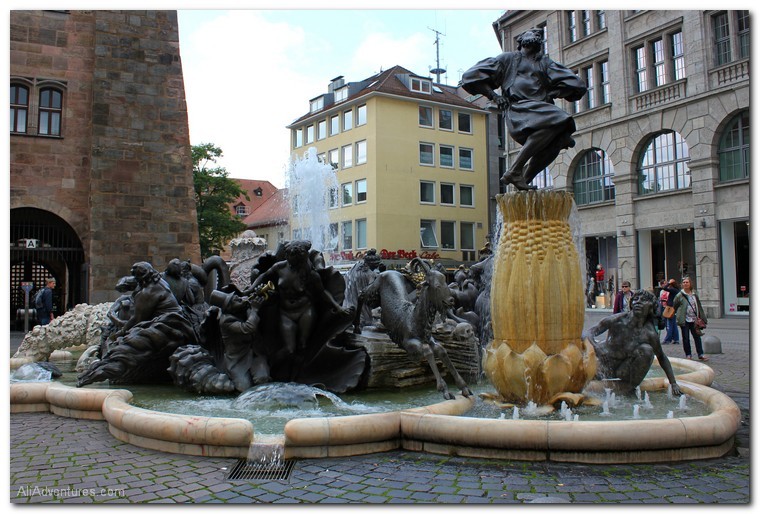 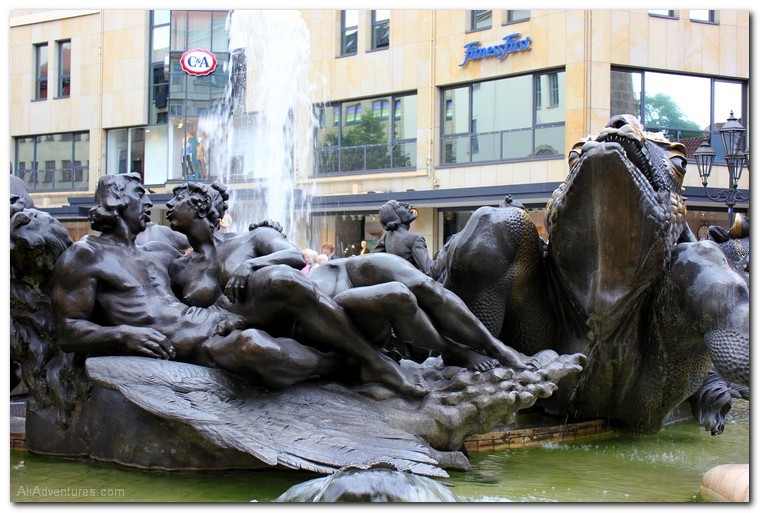 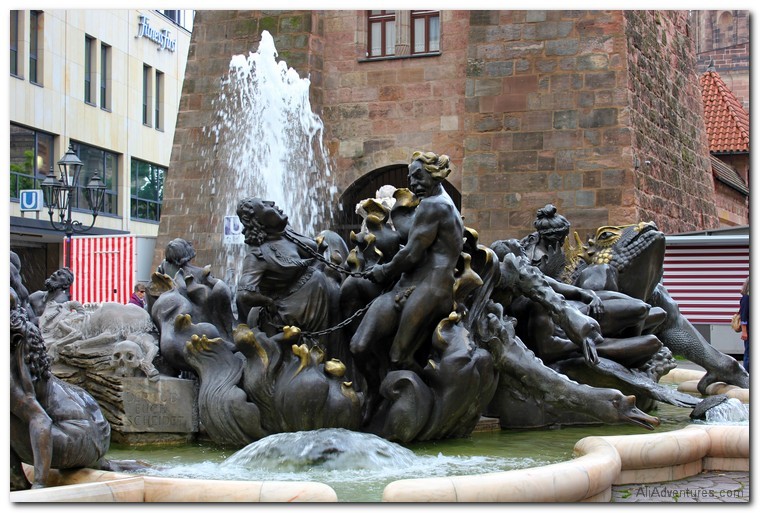 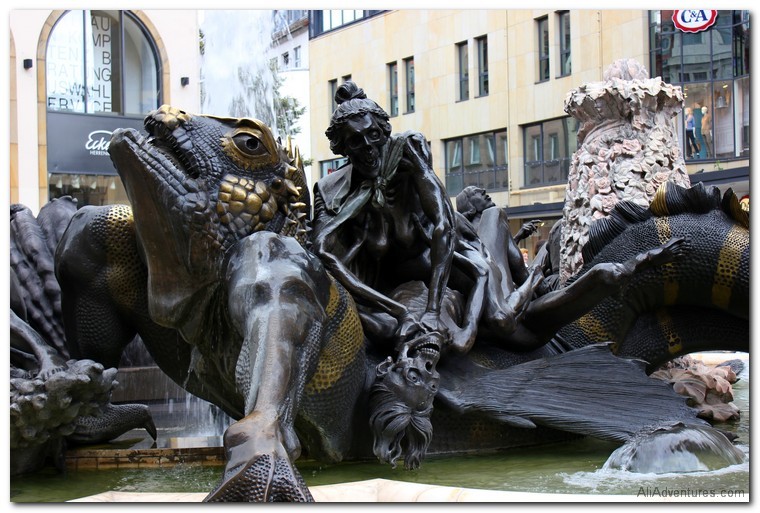 Just as we got back to the train station to go back home to Freiburg, it started to rain again. At least we got a little break from the bad weather, even if it was just for a few hours. Overall it was a great weekend in Bamberg and Nuremberg, and it was really fun hanging out with other people who understand what it’s like to be an expat in Germany with all its frustrations and joys. I also enjoyed seeing a couple cities I hadn’t been to before, reminders that there is always more of Germany to explore.

Sign Up
My 400th Post: the Beyond Vacation Update How Much We Spent Traveling in Nuremberg and Bamberg