Top Sights in Rome to See Other Tourists

Rome is one of the most popular cities in the world for tourists. And I understand why – it’s a wonderful city! It’s packed with history, it’s gorgeous, the food is amazing, and there’s just so much to do there. But Rome’s popularity comes at a price. It’s hard to see the sights without also seeing tons of other tourists. Sometimes the crowds can get overwhelming, especially for someone like me who doesn’t like crowds. Here’s a look at some of the top places in Rome to see other tourists.

The most popular attraction in Rome, the Colosseum sees tons of tourists every day. In fact, it actually funds the rest of the sights in the city because it’s the only one that earns enough money to keep things going. But the lines to get in are maddening and chaotic, which was just one reason I really appreciated being on a tour of the Colosseum last summer. When the tour was over, Andy and I only lasted about 10 more minutes inside before the people really got to us and we decided to leave. 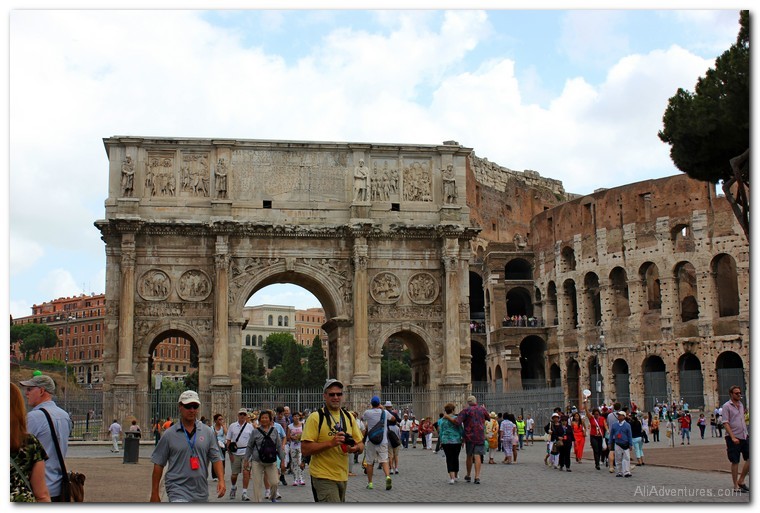 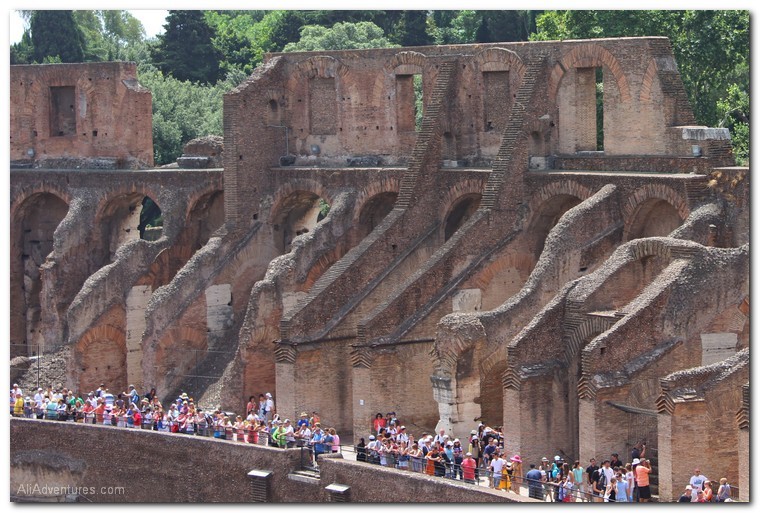 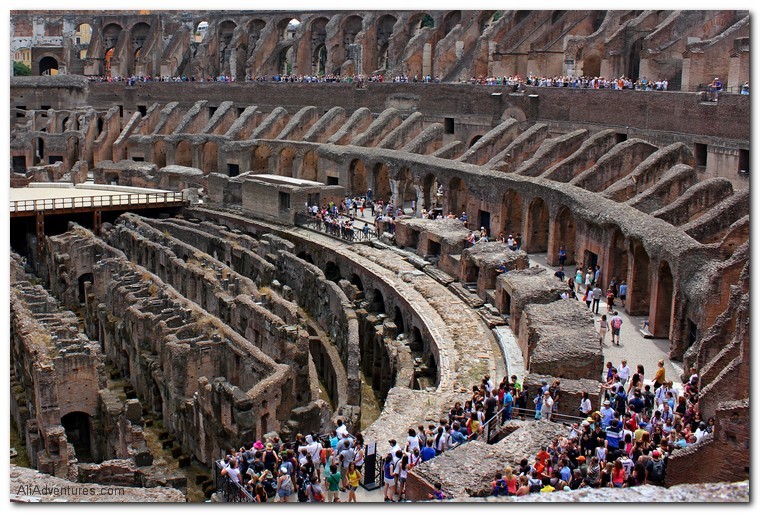 The Spanish Steps are the widest staircase in Europe, and they were built to connect the Trinita dei Monti church at the top with the Spanish Square below. The name comes from the Spanish Embassy located nearby. These steps are famous because they’ve been in a few movies, and they are pretty gorgeous. I’ve read in lots of places that today they serve as a meeting place. A meeting place for whom, I’m not sure because it seems to be loaded with tourists sitting and taking a break from the rest of their sightseeing and touts trying to sell roses. 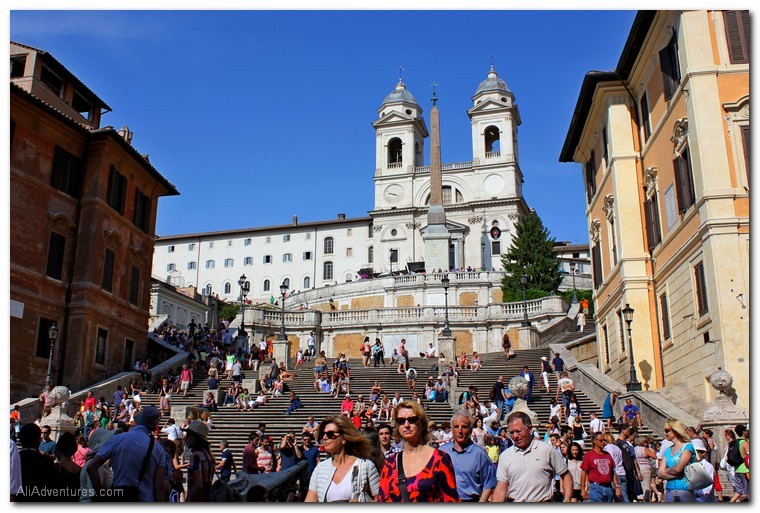 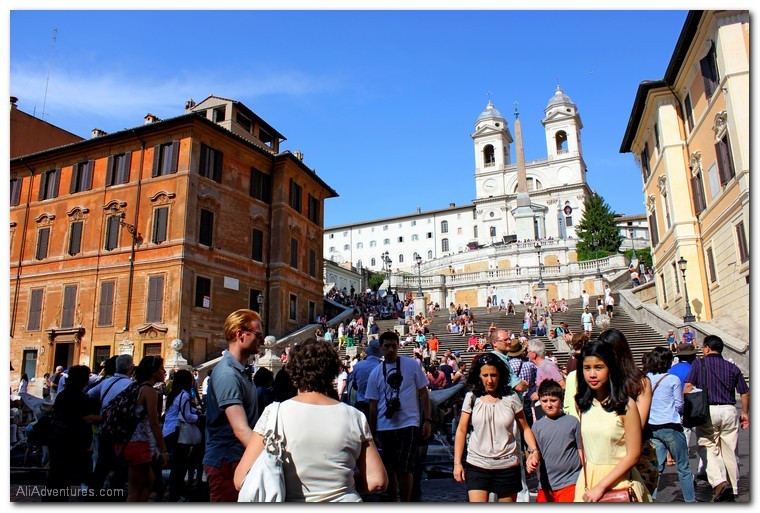 Legend has it that you will someday return to Rome if you throw a coin over your shoulder into this fountain. The money is collected and given to charity, so even if you’re not superstitious, you’ll be helping a good cause. And the fountain is absolutely gorgeous, so I understand why so many tourists want to see it when they visit Rome. But people get so pushy! This is another place crawling with touts selling all kinds of junk that flashes and makes annoying sounds, offering to take your picture for a fee, and again, the guys selling roses. 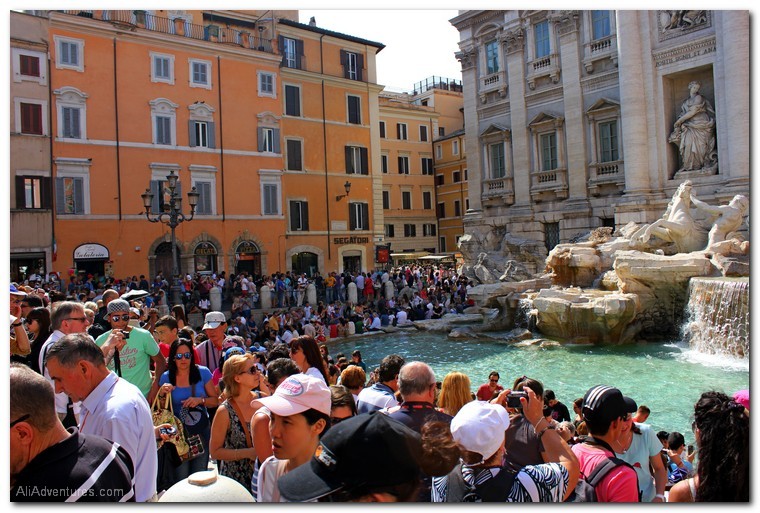 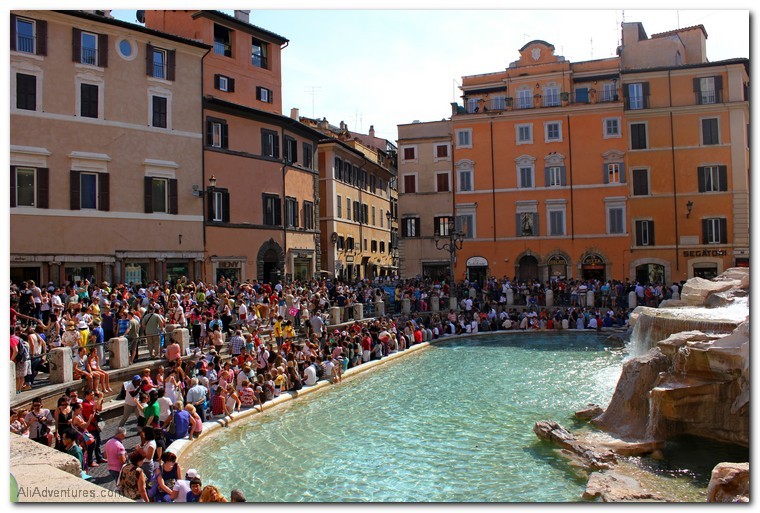 While not technically part of Rome, it is surrounded by the city, and most tourists include a visit to this tiny nation while in Rome. Tons of people cram into St. Peter’s Basilica and the hallways of the museum to see all the different artwork. Then there’s the big attraction, the Sistine Chapel. Impressive piece of art. But so many people want to see it that being in that little chapel feels like being in a mosh pit, although it’s a mashpit watched over by a couple of angry guards constantly reminding you to stay silent, not take pictures, and move along. This is another good place to take a tour that gets you in ahead of the crowds. 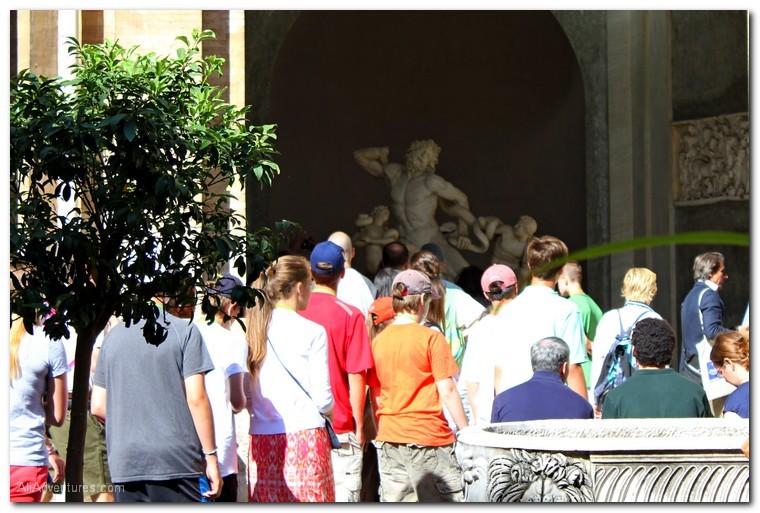 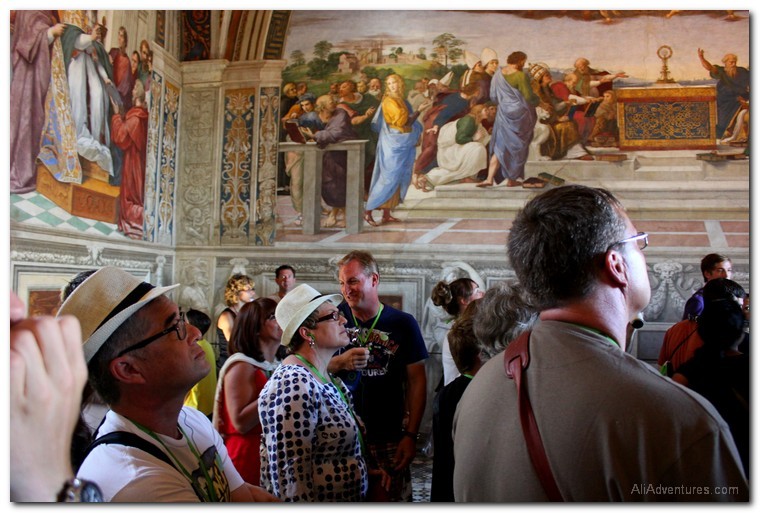 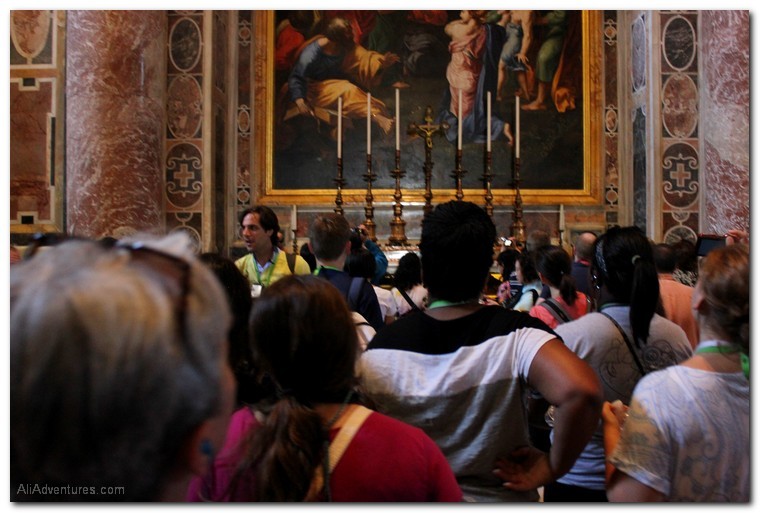 Don’t get me wrong, I’m not at all saying you shouldn’t visit these places on a trip to Rome. There’s a reason they’re so popular. But if at all possible, go in the shoulder season, or even try the off season. Summer is great for a lot of reasons, but you’ll be wading through people the whole time. Find a few local things to do and neighborhoods to explore to compliment the super touristy sights. Don’t expect to get that postcard perfect photo. And pack as much patience as you can to deal with the crowds.