How Much We Spent Living in Berlin

Have you ever thought about living in a different city for a few months to experience it at a different level? Germany’s capital is a good city to try since it gives you a taste of the country but still has enough of an international feel. Berlin is a popular city for expats in Germany, and one of the many reasons is that it’s relatively inexpensive. Prices of certain things, like housing, are starting to catch up to the city’s popularity. However, we still found some things, like food, to be cheaper than in Freiburg. Here’s how much we spent in Berlin for three months.

This post is a little different from my normal travel spending posts. I did the averages a little differently since our expenses spanned a three month period. Amounts are listed in euros and US dollars. They don’t include expenses from our trips to Hamburg and Poznan. I also didn’t include our train tickets getting to Berlin at the beginning and getting back to Freiburg at the end. 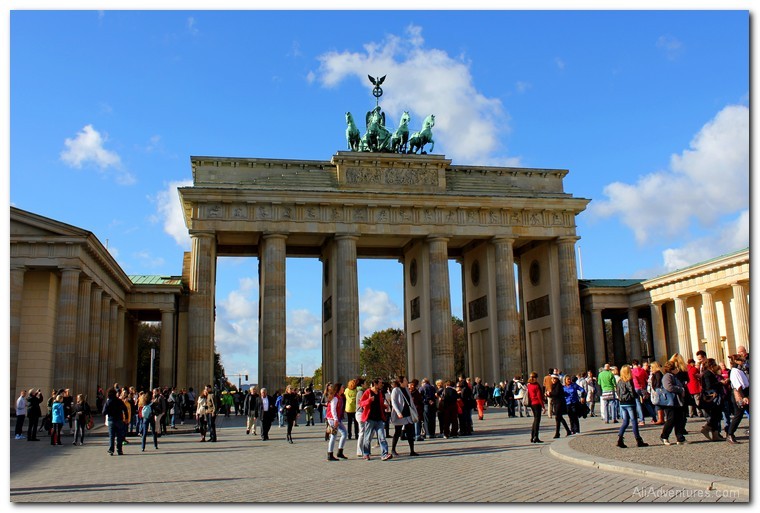 How much we spent each month in Berlin

What we spent in each category in three months

Renting an apartment through a site like Airbnb for one week can be more than half the cost of a monthly rental. So renting something for just a week at the beginning didn’t seem like a good option. Instead we booked a whole month, knowing we’d have plenty of time to find something else if we didn’t like it.

Well, we didn’t like the apartment, but after much searching, we decided to stick it out for the remaining months. Any others we found were much more expensive, too far from where Andy was working or we weren’t able to get in to look at them before committing.

The first month cost us 859€, but we were able to get a lower rate of 690€ per month for November and December. The rent included utilities and WiFi.

Update: There are a lot of new regulations regarding Airbnb in Berlin. Many apartments listed may not be legal anymore, so do your research before you book. You might be better off booking a hotel. 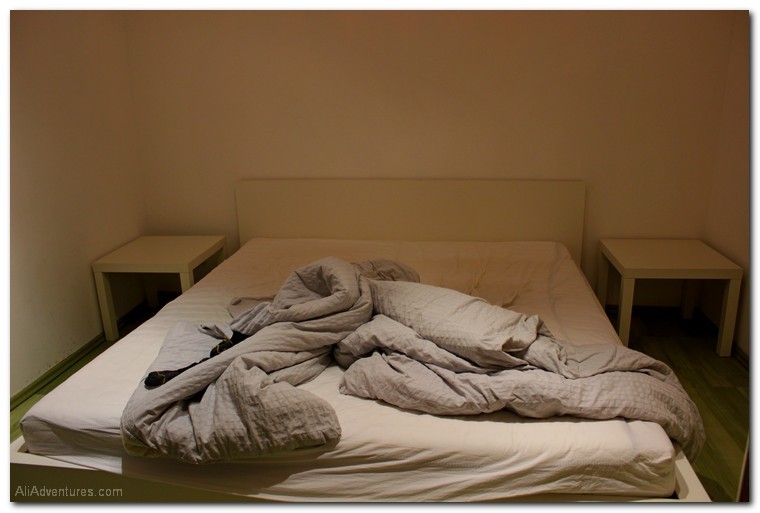 Staying in Berlin for three months meant buying monthly transport passes was by far the most economical choice. Andy bought a normal monthly pass for 78€ per month.

However there is another option that’s cheaper if you don’t need to use public transportation before 10AM (it’s between the hours of 3AM and 10AM) on weekdays, and it cost 57€ per month. I bought that one since I didn’t anticipate needing to go out early in the morning. 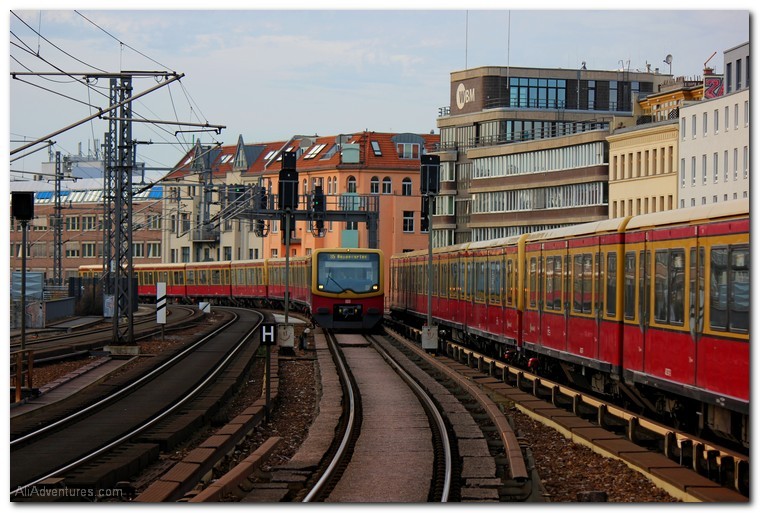 Cost of food in Berlin

We definitely spent more in this category than we normally do when we’re home. The kitchen in our apartment was not very good, and the overall discomfort encouraged us to eat out more often. And to have a few extra beers.

We also wanted to try many different restaurants since we were in a new city. Having access to so many international cuisines and actual spicy food was a lot of fun for us, too.

Our monthly average was about 804.17€, though October was definitely higher than November and December. Restaurant prices were reasonable and sometimes even cheap. Grocery prices seemed similar to what we pay in Freiburg, though I did buy produce at the Turkish grocery store nearby at extremely low prices. 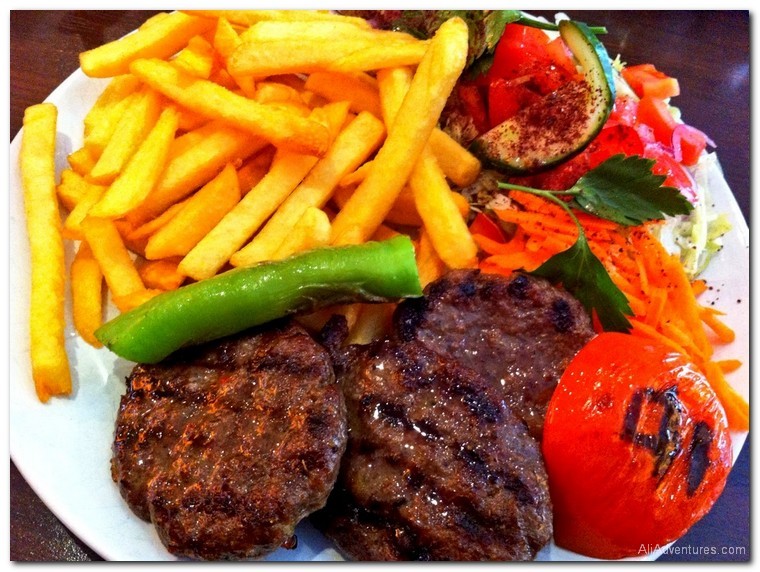 Cost of activities in Berlin

Even though we were in Berlin primarily so Andy could work, we made sure to do lots of sightseeing. Things like the East Side Gallery and the wall memorial at Bernauerstrasse are free. Other things like the TV tower, boat tour on the Spree River and a hockey game were not.

We also went to the movie theater together for the first time ever while in Berlin (the oddities of long distance dating) and we found an international group on meetup.com to go bowling with. And if you’re in town, be sure to check out some of the alternative things to do in Berlin.

This averages out to 90.76€ per month, but will vary greatly depending on which activities you choose to do. 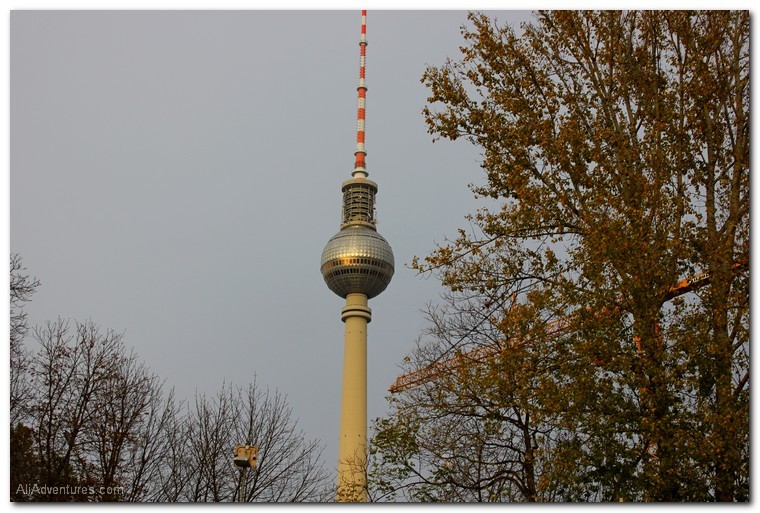 I thought about cutting some items out of this category, but you will have some kind of miscellaneous expenses even if the items themselves are different. We bought several things to make our apartment rental more comfortable, like a pillow for Andy, a pan, a few knives and other kitchen items.

Occasionally we needed something from the pharmacy, toothpaste, more contact solution for me, stamps, a couple of haircuts for Andy, some postcards, gym clothes, and the cost of shipping some things back to Freiburg.

Obviously your expenses will vary but always remember to budget in things you don’t buy on a regular basis. 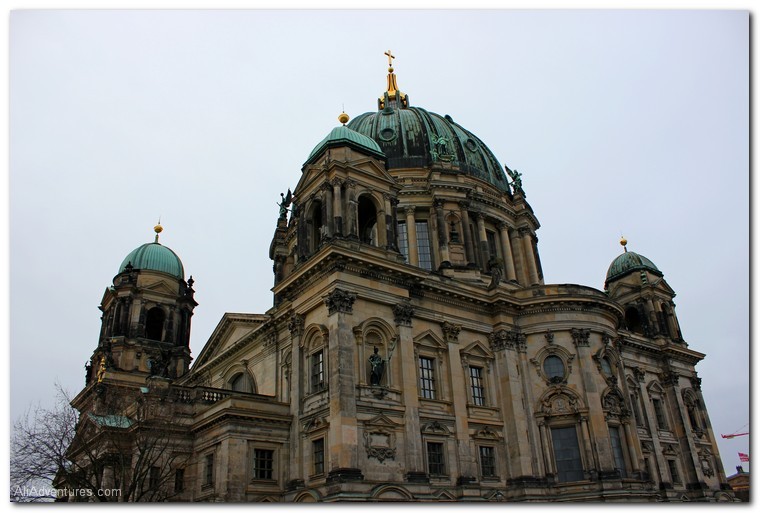 Our monthly average for living in Berlin came to about 1,907.59€. We definitely could have spent less by finding a cheaper apartment, eating out less, and drinking less. Also, this unfortunately doesn’t include expenses we can’t recoup from renting out our own apartment, such as health insurance, cell phone plans, and a few other things. Berlin is not an expensive city compared to other parts of western Europe, but it is still pricey compared to eastern Europe, Southeast Asia and many other parts of the world. While we could have done this cheaper, I’m glad we had the chance to experience much of what Berlin has to offer. 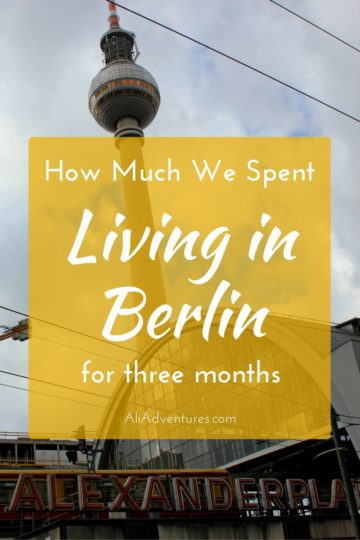 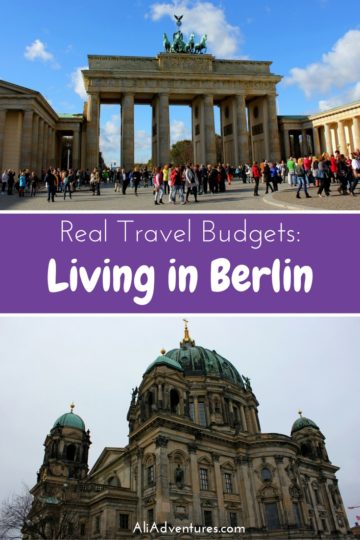