How Much We Spent Living in Pisa and Traveling in Tuscany

As part of our winter escape, Andy and I spent a month living in Pisa, Italy. We spent the month alternating between work and exploring Tuscany, although the balance was a bit off for several reasons. In general, basing yourself in one place for a long period of time is a great way to explore the surrounding area. Here’s how much we spent living in Pisa and traveling in Tuscany. 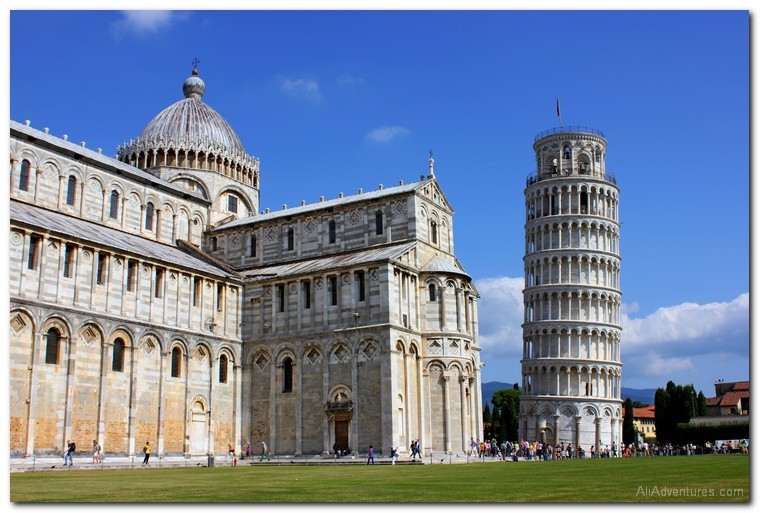 Amounts are listed in euros and US dollars using the exchange rate at the time we were there.

This does not include how much I spent in Cinque Terre. It also doesn’t include our trains from Rome to Pisa at the beginning or our trains back to Rome at the end of the month.

We looked all over Tuscany and even in parts of Umbria and Emilia Romagna for an apartment to rent during our month in Italy. We decided on Pisa because it was the only apartment we could find that was less than what we were getting from our renters in Freiburg. In hindsight, we should’ve just spent a little extra to get a place in a bigger city or at least closer to the center of Pisa. 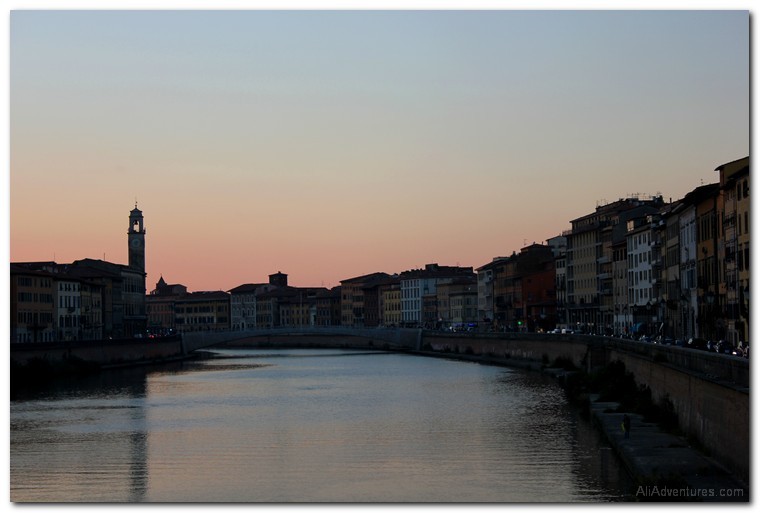 Transportation costs in Pisa and Tuscany – 173€

We couldn’t find any transport ticket option such as a monthly pass or weekly pass that didn’t require us to commit to an annual subscription, so we were stuck buying 10 packs (9€ for a 10 pack) of single tickets for the buses. This total also includes two taxis, local trains to and from Lucca, Siena, Livorno, and Cortona, and a few buses in those cities. 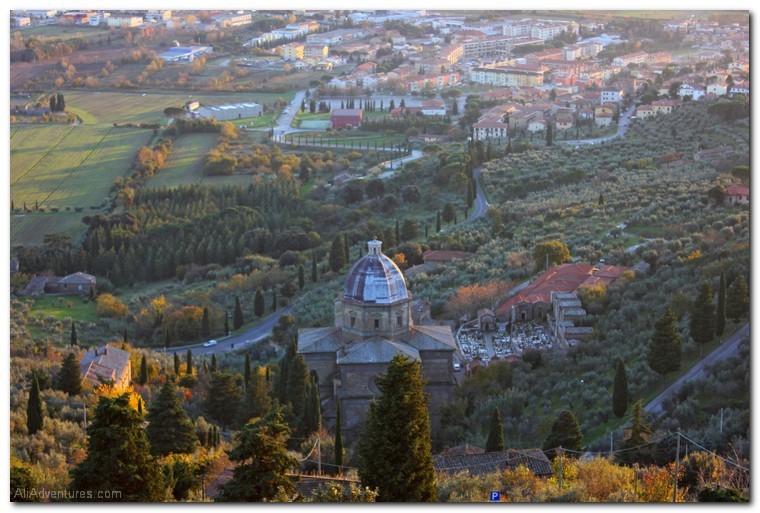 We didn’t eat out a lot in Pisa because there weren’t a lot of options near our apartment. Going into the center for dinner usually meant having to walk 30 minutes in each direction because the buses stopped running at 8:30pm, and in Italy it’s hard to eat dinner before 9pm. This total includes a few meals a week at restaurants plus grocery shopping, alcohol, and lots of gelato. We averaged 26.21€ per day or 13.11€ per person per day on food over 33 days. 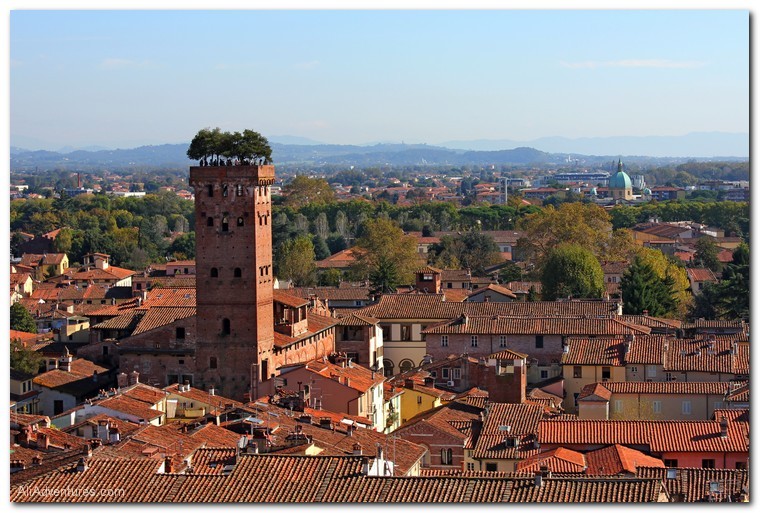 Cost of activities in Tuscany – 86€ 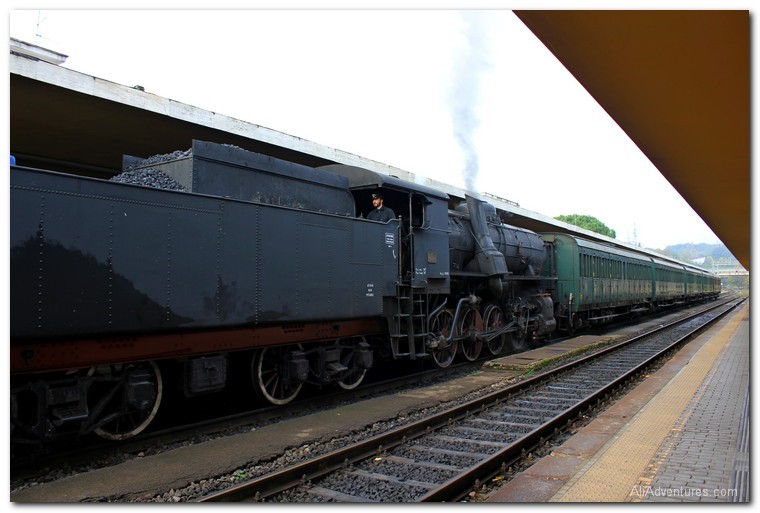 This total is almost entirely for two bras and a pair of jeans I bought, so that might not apply to you. But keep in mind that you will end up buying more staple items if you’re traveling for longer periods of time. It also includes postcards, stamps, a few things we had to print, a bathroom fee, and a couple of maps. 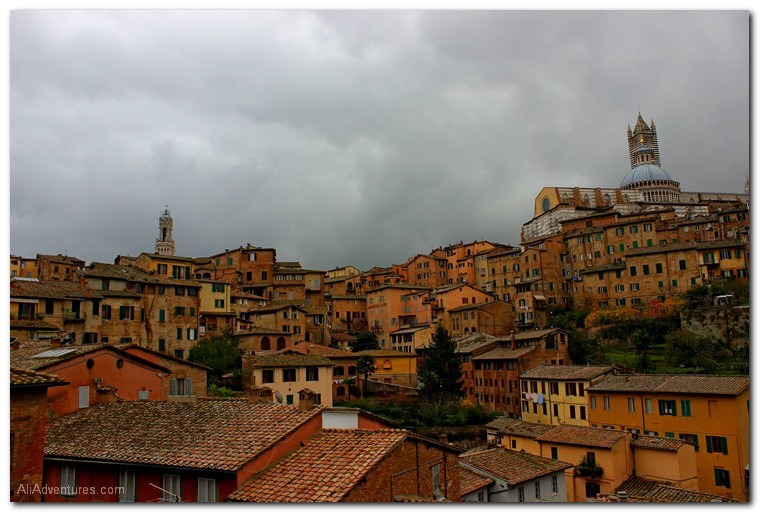 This is one of the few times when I think there isn’t much we could’ve done to spend less. We could’ve cut out a few restaurant meals (not that there were many) and the alcohol, but none of that would’ve made a huge dent. We probably could’ve found a cheaper apartment, but the quality and/or location would’ve suffered as well. This is also one of the few times when I think we should’ve spent more money for a better location. Overall we averaged 70.90€ per day or 35.45€ per person per day for 33 days living in Pisa and traveling in Tuscany. 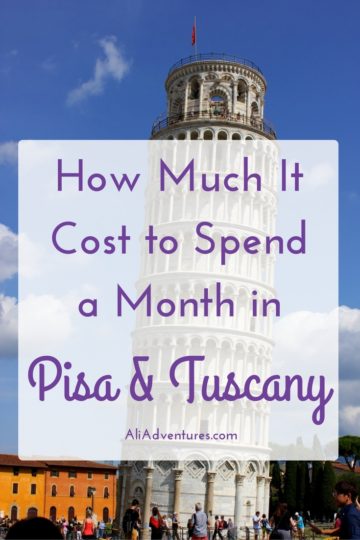 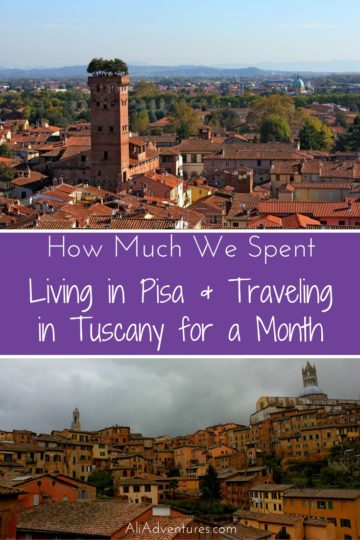 Sign Up
Livorno: Sick of Italy and Feeling Fat Atlanta Food Walks: A Food Tour of the South