The East Side Gallery in Photos

On August 12, 1961, the citizens of East and West Berlin went to sleep like it was any other night. They woke up on August 13, 1961 to a barbed wire fence separating the two sides. Residents in the East who worked in the West could no longer get to their jobs. Families were torn apart. Eventually the barbed wire fence was upgraded to a more permanent cement wall surrounding West Berlin in an effort to prevent East Berlin residents from defecting to the West. The Berlin Wall not only divided a city for decades, but it represented the split between democracy and communism during the Cold War.

On November 9, 1989, after the Soviet Union’s hold on surrounding countries had been weakening for some time, the border between East and West Berlin opened up. People rushed from one side to the other and celebrated in the streets. They also started chipping away at the wall that had suppressed their freedoms for so many years. The two sides of the country were finally reunited on October 3, 1990, and October 3rd is now a national holiday.

Despite the obvious reasons for wanting the wall completely destroyed, part of it was kept as a reminder of what had happened. From February to September 1990, it was covered in art and is now known as the East Side Gallery. I was only 9 years old when the wall came down, so I’m not even sure I was aware of it. But now after living in Germany for a few years, this history fascinates me. One of the first touristy things Andy and I did in Berlin last month was to walk the length of the East Side Gallery and look at the wide variety of art painted on it. Unfortunately some of it has been marred by graffiti, but the original paintings still shine through. 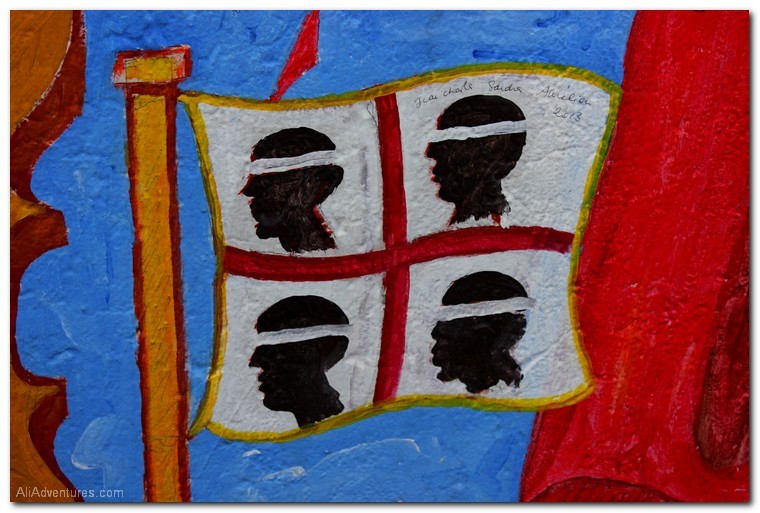 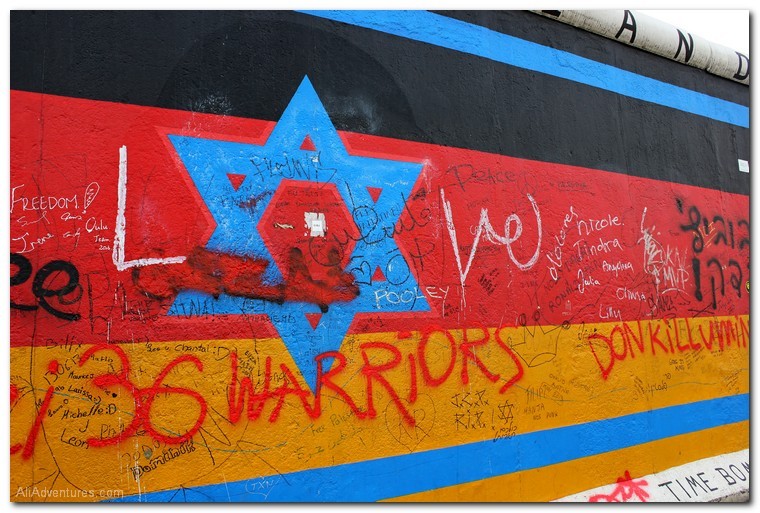 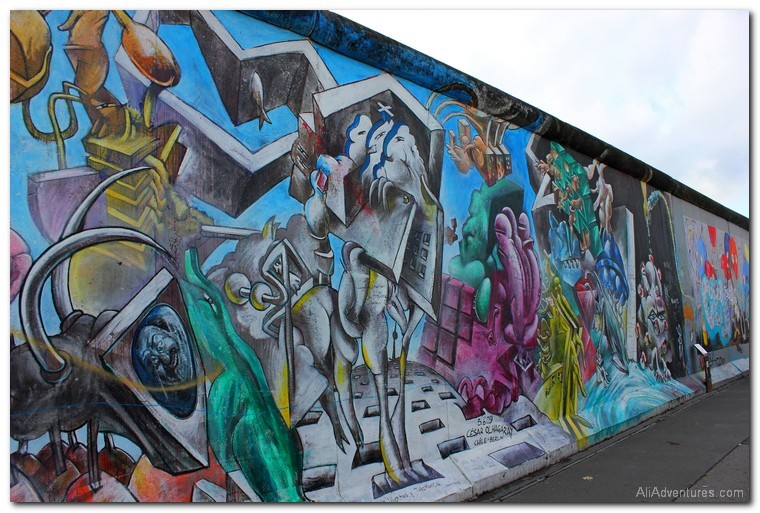 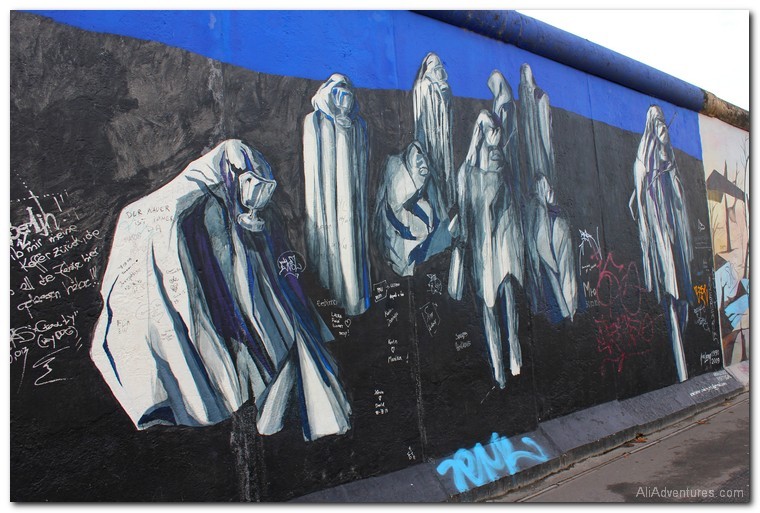 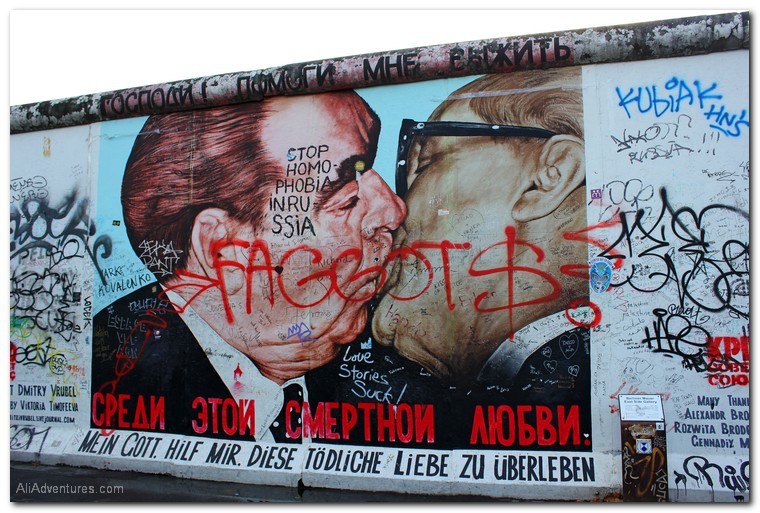 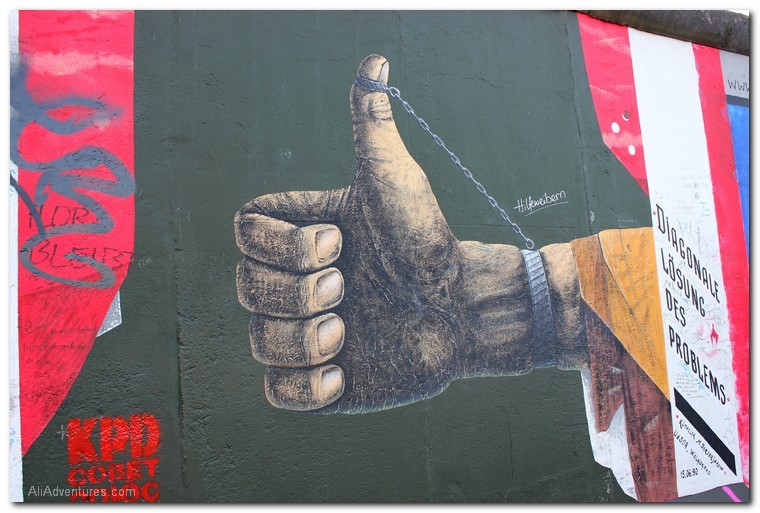 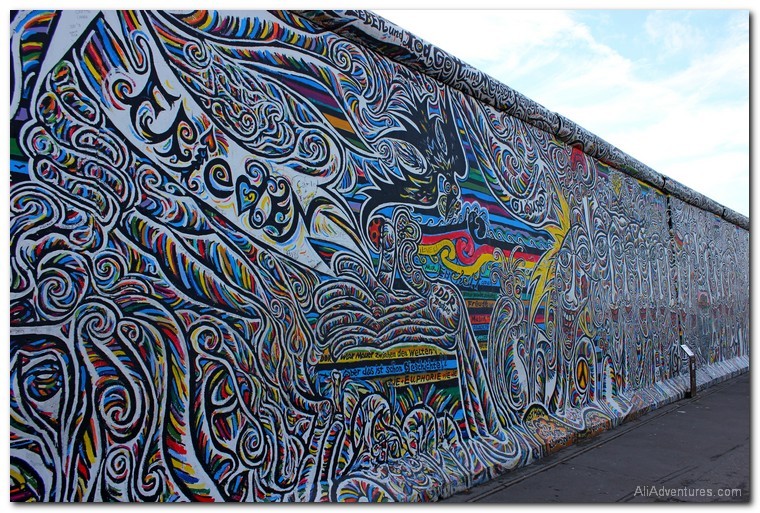 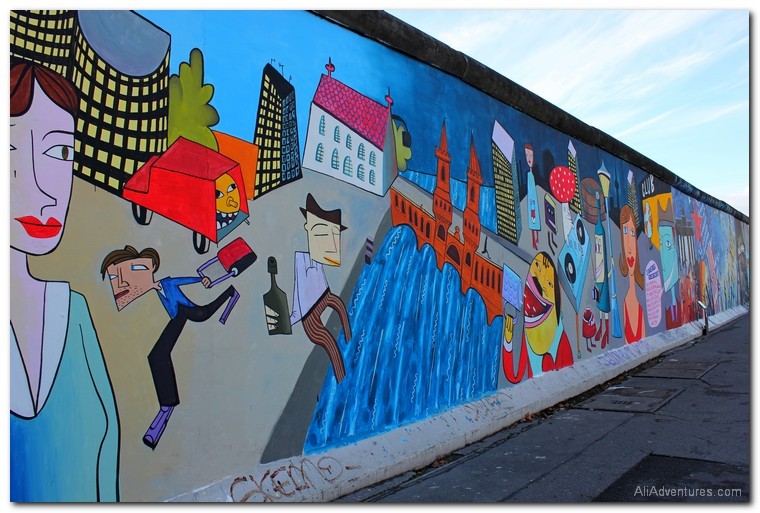 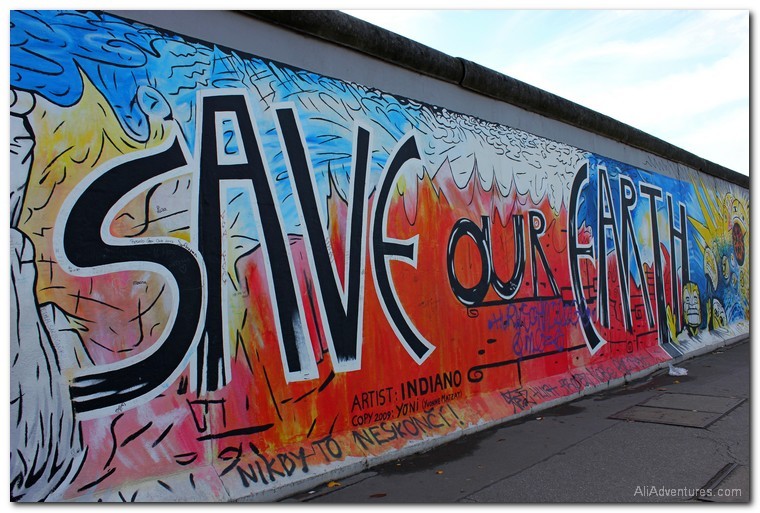 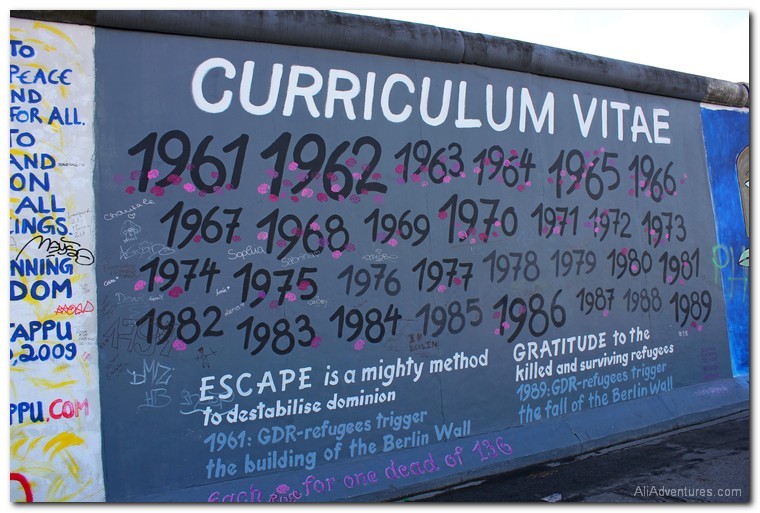 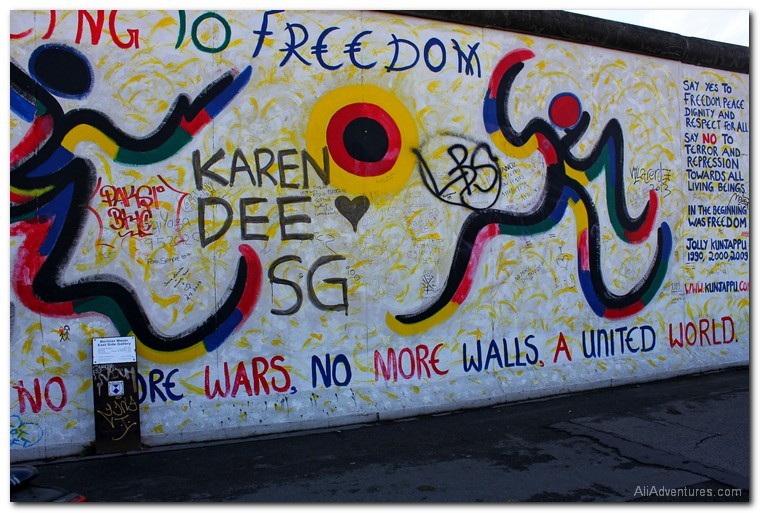 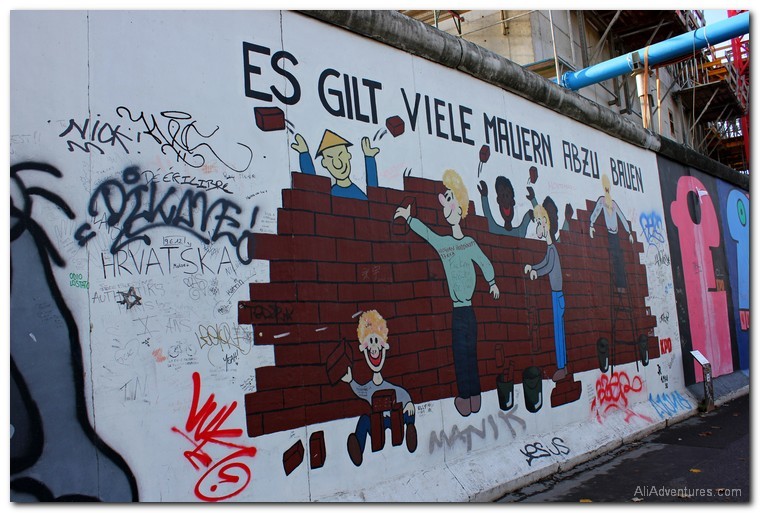 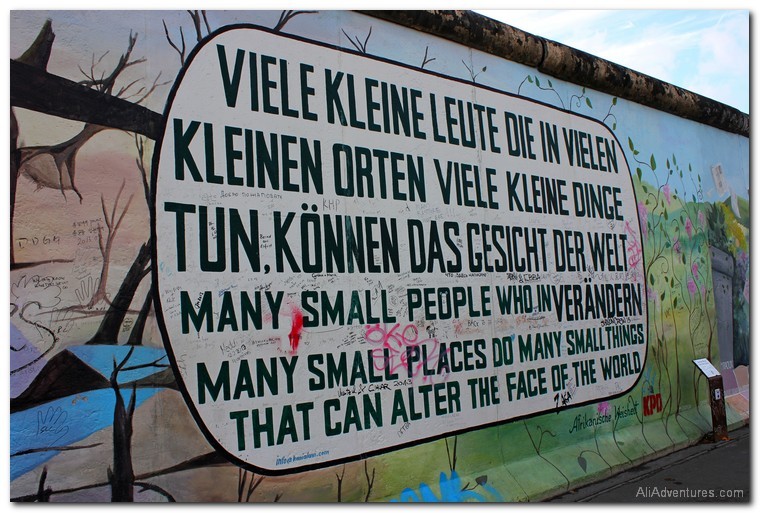 Though so many of the paintings on the East Side Gallery were very specific to the Cold War era and Germany’s history, it really struck me how many of the messages apply today, and to so many other situations. There are still many horrible things going on in the world today, governments repressing and killing their citizens, senseless wars, walls being built to separate one group from another. The Berlin Wall came down 24 years ago, but our planet still has a long way to go.