How Much We Spent Traveling in Poznan, Poland

Our original plan was to go to Dresden so we could explore another city and another German Christmas market. But when we started looking for hotels, everything was really expensive, much more than the hotel we booked in Hamburg. Rather than set ourselves up for a pricey weekend, we decided to check out our options in Poland. I saw Poznan was in the west side of the country and found a direct train would get us there in under three hours. Our decision was made. I spent the whole weekend not only enjoying the city but marveling at how inexpensive it all was. Here’s how much we spent traveling in Poznan.

Since Poland uses a different currency, I am listing costs in Polish zloty (PLN) and US dollars.

We also bought two round trip train tickets from Berlin for 72 euros (about $98.64) but this could be drastically different depending on where you’re traveling from.

We stayed in Poznan for three nights, and this time instead of booking a traditional hotel room or an apartment through Airbnb, we found a sort of hybrid. It was set up like an apartment with a separate bedroom and living room, plus a tiny kitchenette, but it was run by a company like a hotel with a reception desk. It was a really nice place for a really low price of about $55.96 per night, or $27.98 per person per night. It wasn’t directly in the center of town, but it was a short walk away even in the cold. 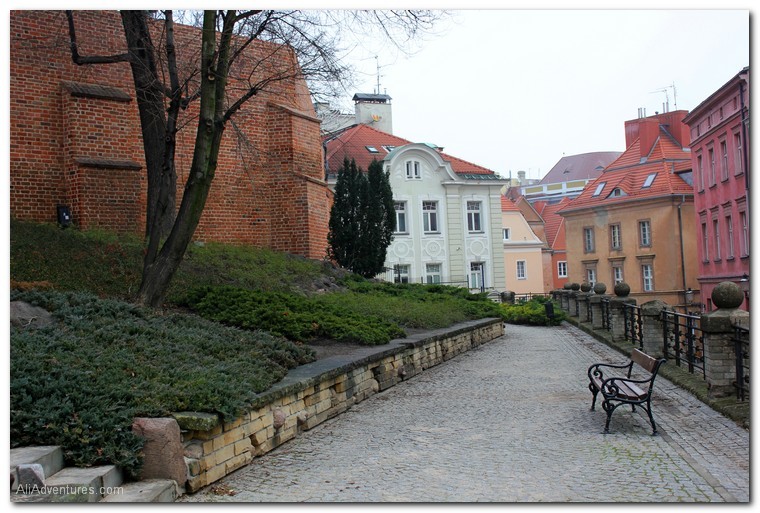 This still just blows my mind. For three days we paid for breakfast, lunch and dinner, plus snacks and drinks here and there, and every time I couldn’t believe how cheap it was. We even went out drinking one night, and between the two of us we had 4 beers, 5 rum and Cokes, and 2 shots of flavored vodka, plus we tipped with some of the leftover coins. Total spend on those drinks: 80PLN or about $26.40. We found a burger truck halfway between our hotel and the center of town, and the delicious classic cheese burgers were just 10PLN or about $3.30. For three days we averaged about $47.66 per day or $23.83 per person per day on food and alcohol. 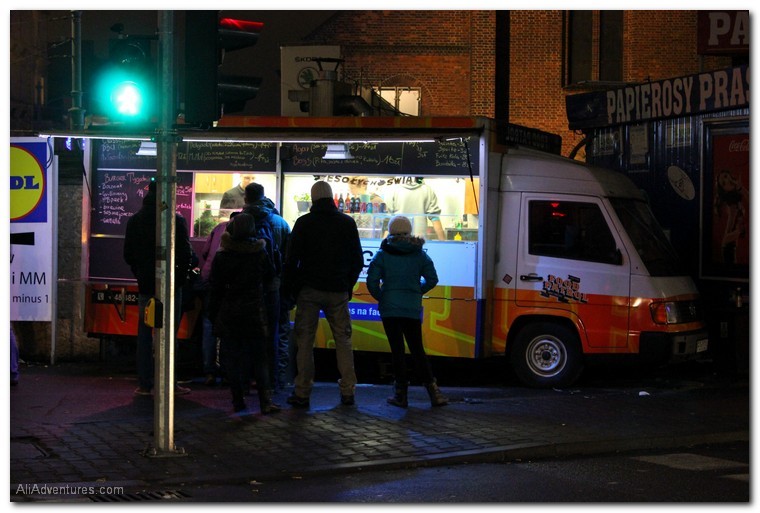 Most of our sightseeing involved free things like wandering around the square taking pictures, watching the ice sculpture competition, seeing a church, things like that. There was a small museum with models of Poznan at different points throughout history that Andy wanted to see, and it cost us $3.30 each to go in. We would’ve done a few other things that had entrance fees if the ice sculpture competition wasn’t going on that weekend. 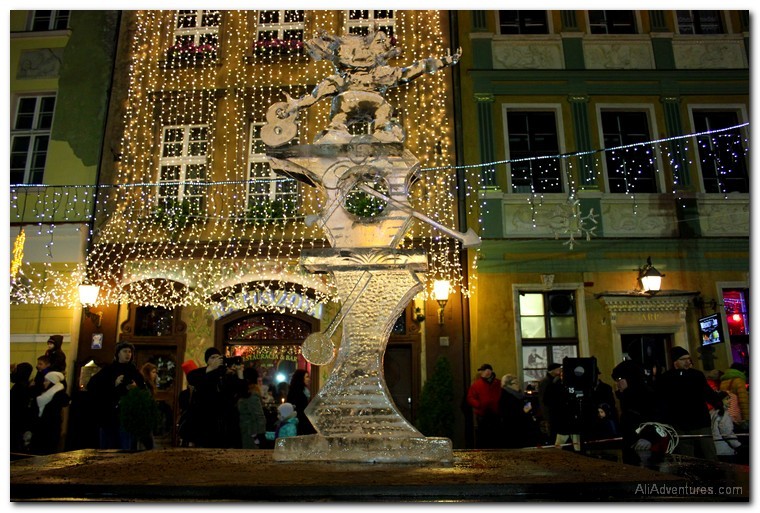 My mom collects souvenir thimbles, so I bought her one in Poznan. I also bought contact solution because it was cheaper than buying it in Berlin, but you could substitute postcards or other souvenirs.

The Poznan tourism board provided us with city cards, which included public transportation such as trams and buses. However, we walked from the main train station to our hotel, and then from the hotel to the center of Poznan, and it was doable. On future trips to Poznan, we have bought tram tickets to get into town, and a 10 minute ticket costs 3PLN, which is less than $1. A 45 minute ticket costs 4PLN.

The city cards also got us a 25% discount at the model museum and a 10% discount at two of the restaurants we ate at. If we hadn’t spent so much time watching the ice sculpture events, we probably would’ve used the cards for discounts at a few other places. A three day tourist card costs 60PLN or about $19.80 and includes public transportation and discounts on many sights, museums and other attractions and restaurants. Look at what you plan on doing to see if a tourist card is worth purchasing for your trip. 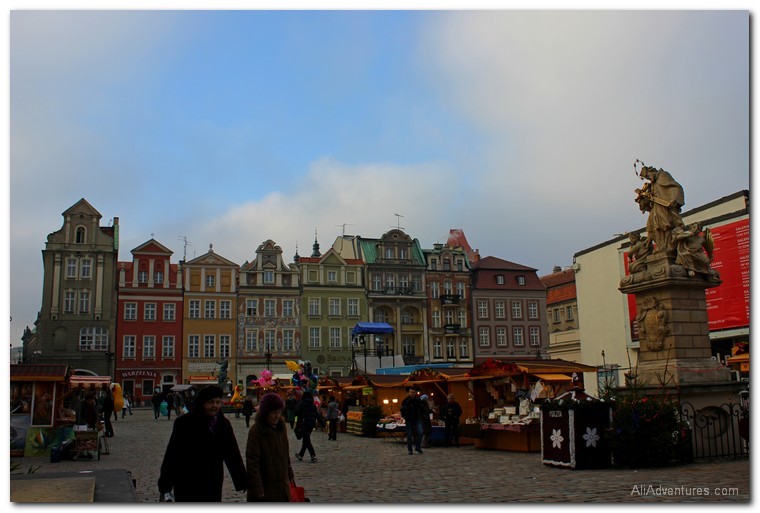 The amount we spent on our trip to Poznan is less than we would’ve spent on a hotel alone for three nights in Dresden during the Christmas market season. We really enjoyed getting a taste of Polish culture and seeing glimpse of another country. If you’re on a strict budget and need to spend even less than we did, you can look for hostels to save money. There are cheap food options everywhere, and of course limiting alcohol will decrease your spending. If you’re looking for a cheaper option in Europe, Poland seems like a good way to go. We averaged $110.77 per day, or about $55.38 per person per day for three days in Poznan, not including the train tickets. 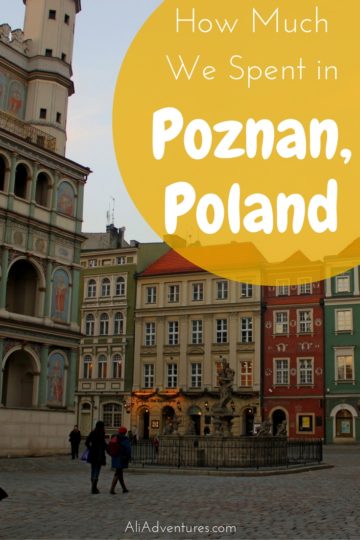 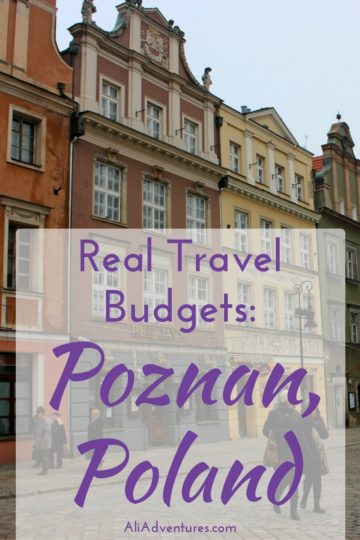