Before our most recent trip to Italy, I had never been farther south than the Amalfi Coast. But my mom wanted to see where her grandparents lived in Reggio di Calabria, which is the toe of the boot, so I decided we should go see some of Sicily since we were going to be that far south. After hearing such wonderful things about Syracuse (Siracusa in Italian) I found us an apartment for five nights on the island of Ortigia, and this turned out to be my favorite destination of the trip.

Syracuse was once a Greek city, so even though it’s been part of Italy for quite some time now, it has a different feel to it than other parts of the country. The ruins of the Temple of Apollo were less than two minutes from our apartment. 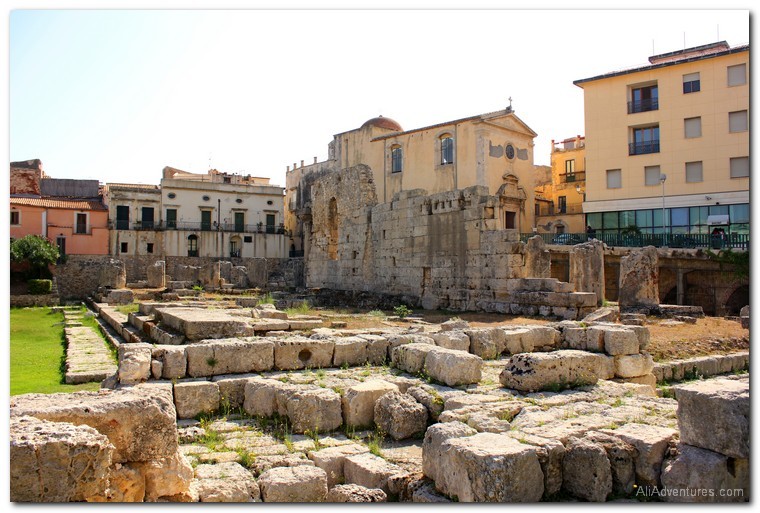 A short walk from there was Piazza Archimede (the city was once home to Archimedes) with the Fountain of Diana in the center. 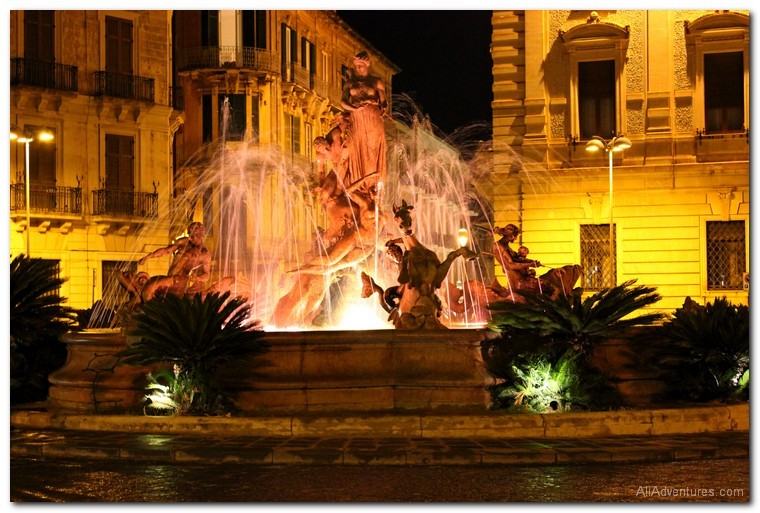 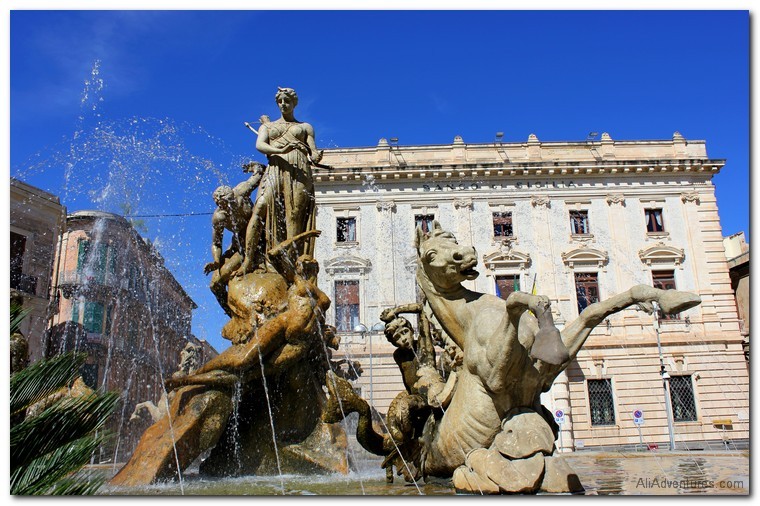 The Syracuse Cathedral was once a Greek Temple of Athena, and you can still see Greek columns. 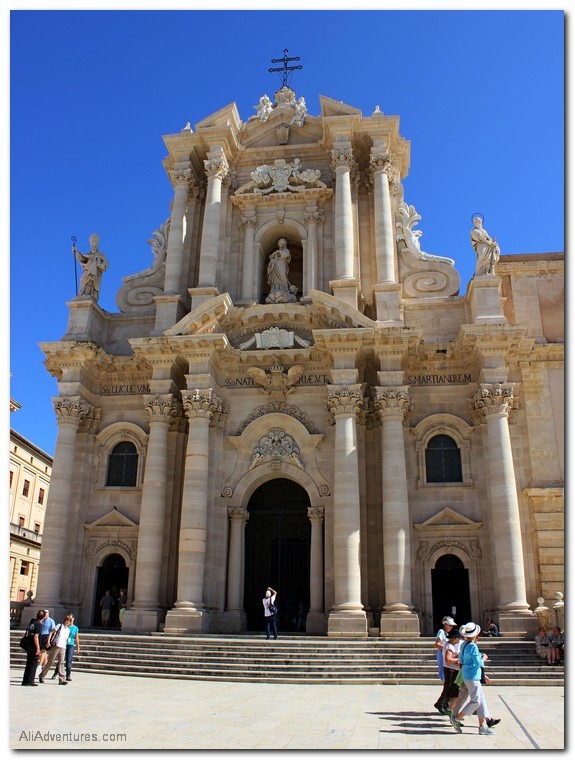 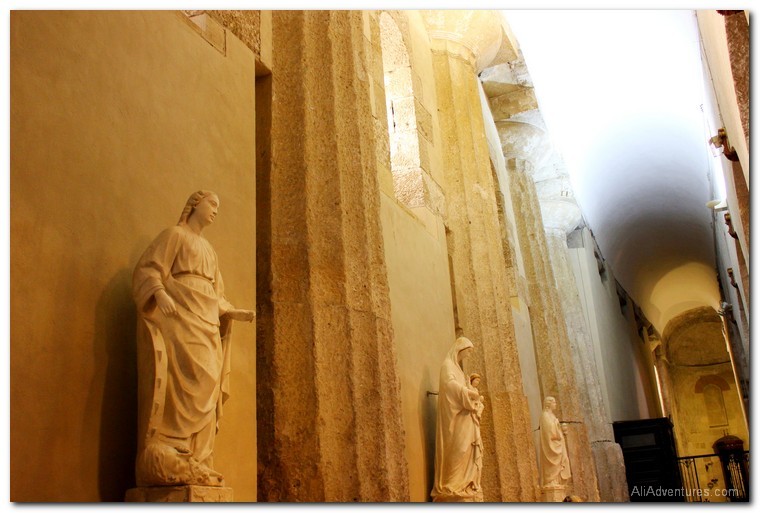 We explored the 13th century Castello Maniace, which wasn’t the best castle we’ve ever seen, but it was interesting to see something a little different. Plus we were almost the only tourists there. 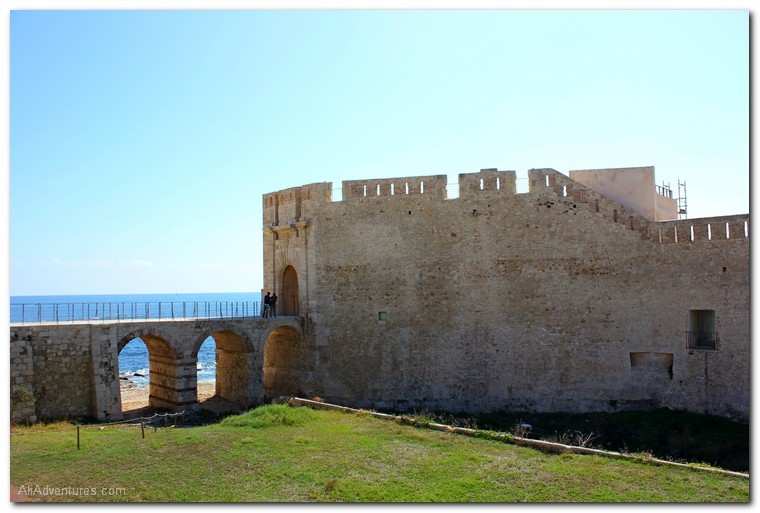 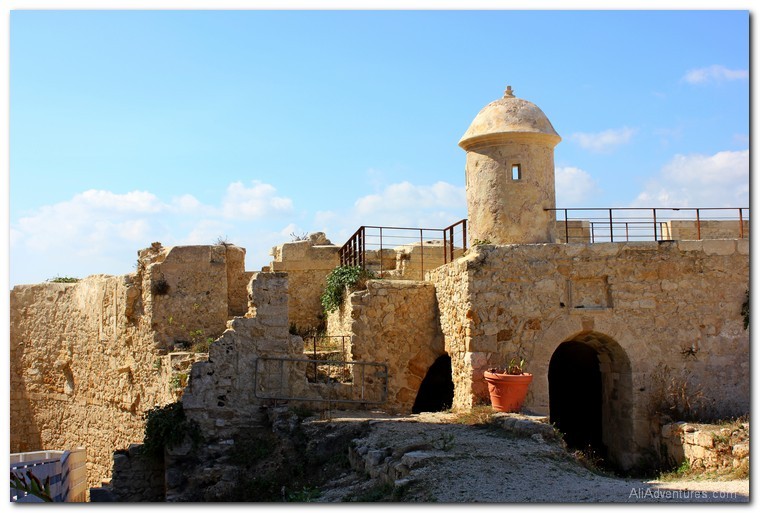 Andy and I spent our mornings wandering through piazzas and narrow streets. Being that Ortigia is an island, and a small one at that, it took almost no time at all to get to the water. 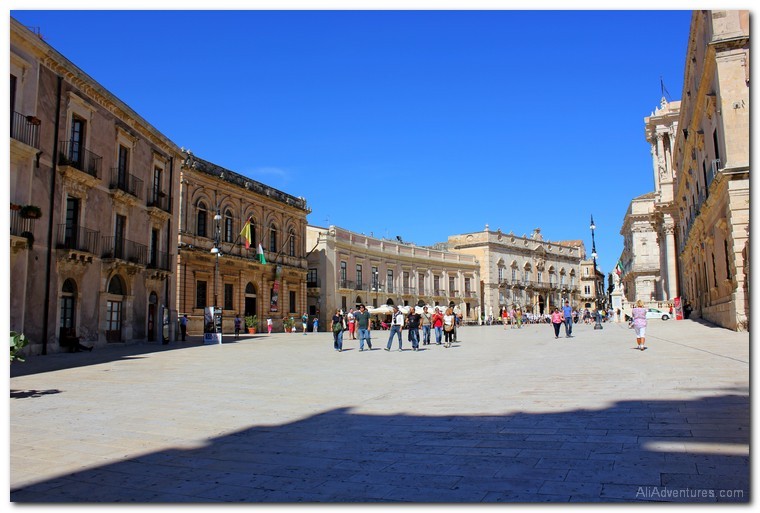 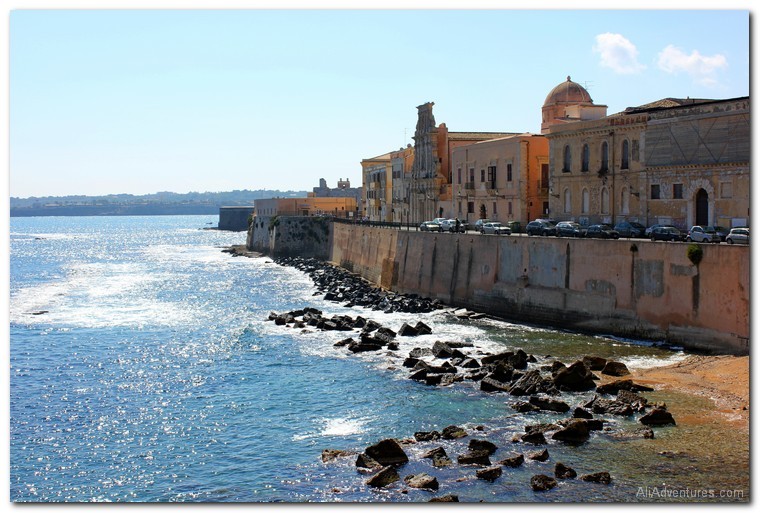 Even in October, the weather was still really hot, and we would retreat to our apartment in the afternoon. After dinner, Andy and I would go wandering again, enjoying the same cobbled streets in the slightly cooler evening. Sometimes we’d stop for a drink or two, and I think every night we stopped for gelato. As for my parents, they enjoyed one of my mom’s favorite desserts, cannoli, where it originated. Thanks to a recommendation here, she found the perfect cannoli.

This is definitely an area we want to come back to. The four of us took a day trip to Catania hoping to get a glimpse of Mt. Etna, but the clouds didn’t cooperate, so I’d like to try again someday. And we’ve heard great things about Taormina and a few other places in southern Sicily. Plus it would be wonderful to see northern Sicily. Maybe one of these days, Andy and I can carve out a month or so just for exploring Sicily.

Sign Up
Scenes From Rome, Italy Amalfi Coast the Second Time Around