Amalfi Coast the Second Time Around

Andy and I really enjoyed our week in Minori on the Amalfi Coast in 2013. It was a gorgeous place to be and we didn’t do much besides relax and gaze at the water. I almost didn’t want to leave at the end of the week. This time around, we picked Maiori, the next town over, because it’s a little bigger and we wanted to make sure things were still open in October. Surprisingly, the bus from Salerno was packed even that late in the season. We just barely made it onto the bus, with Andy at the back and my parents and I in the front practically on the driver’s lap.

Maiori felt relaxed and had just enough restaurants you could eat somewhere different every meal for several days, but it wasn’t overly crowded. There was a castle up on a hill that we couldn’t figure out how to get to and beautiful sunsets over the water. We didn’t do much besides relax, and by this point in the trip, we needed it. 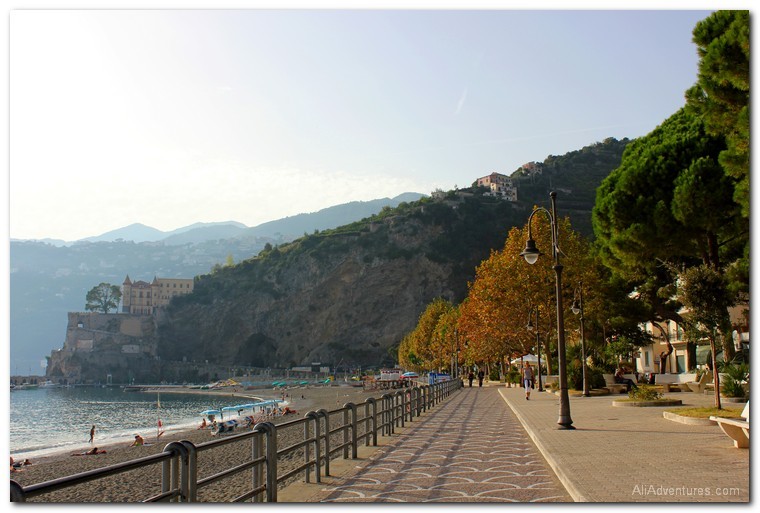 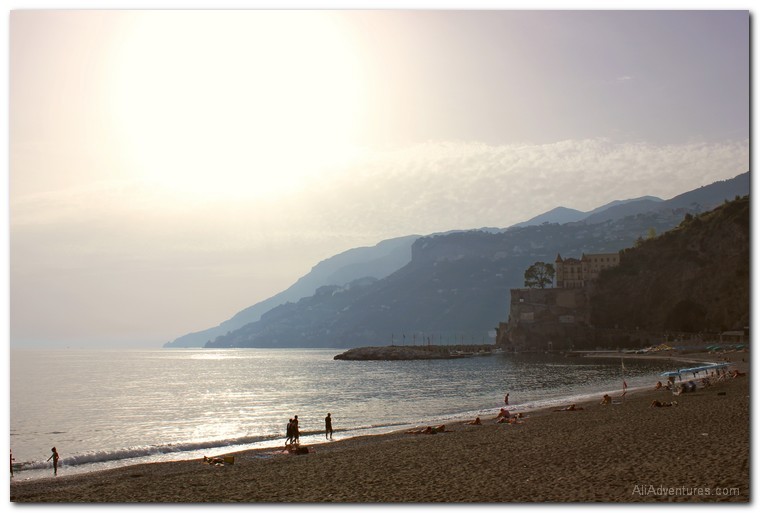 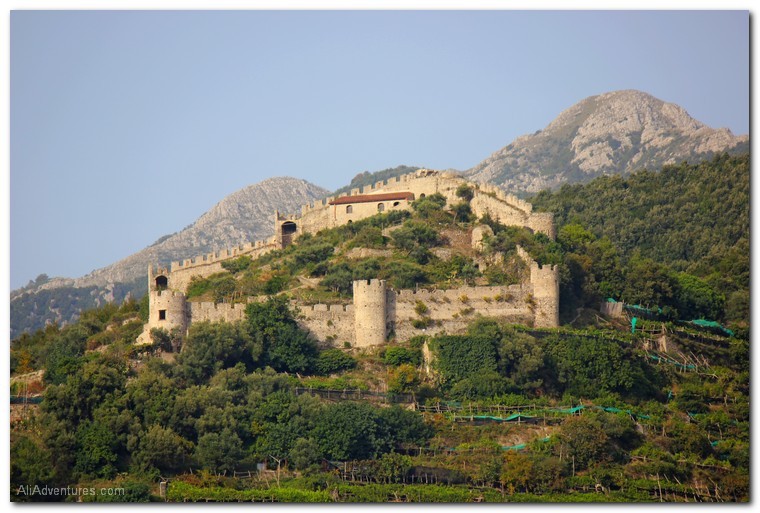 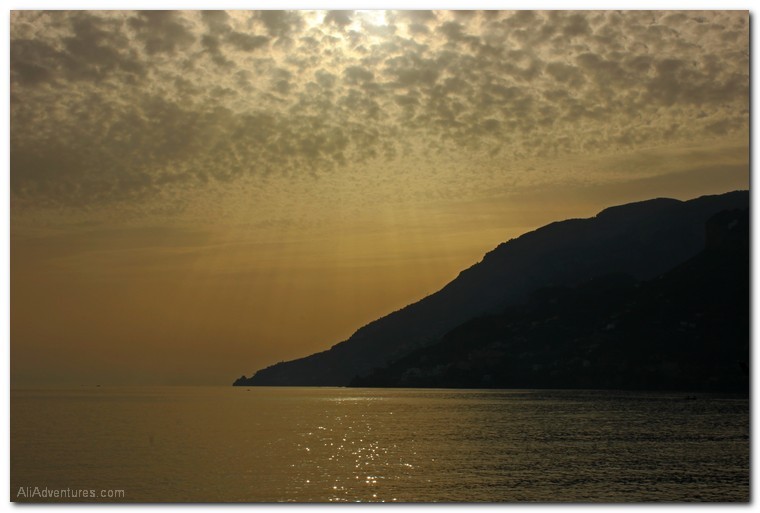 One thing Andy and I didn’t get around to last time was a trip up to Ravello, so we made sure to go this time. It’s one of the towns that isn’t actually on the water but up on the cliffs above the coast. This meant amazing views, which is one of the big draws. 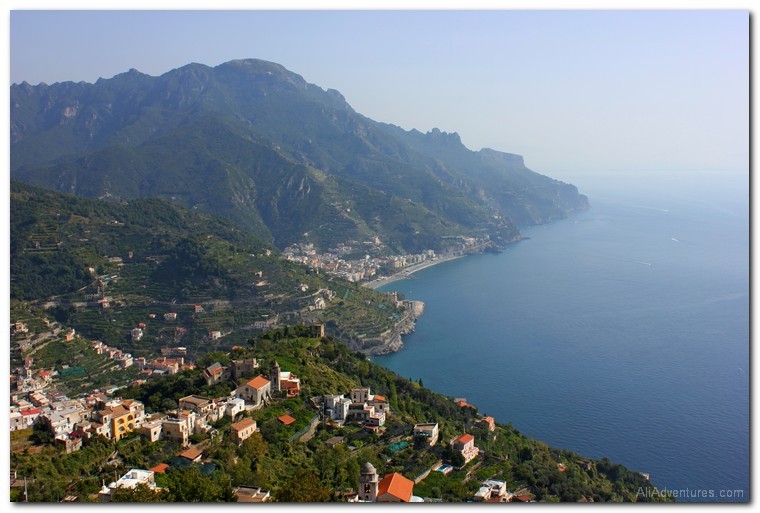 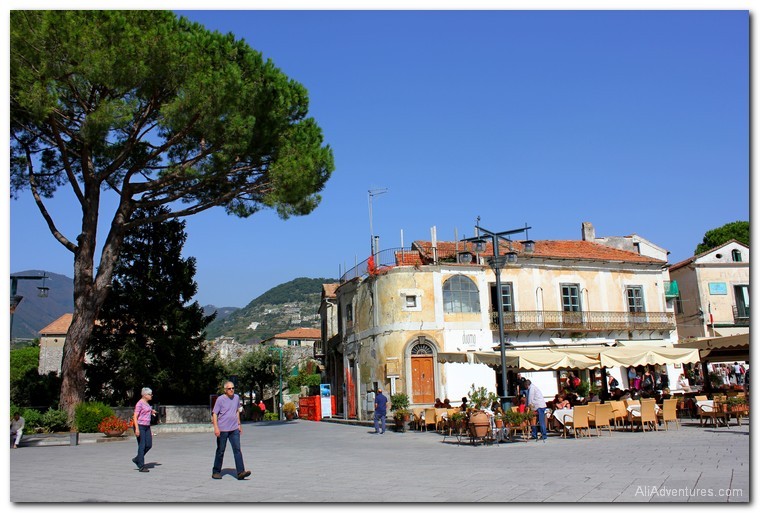 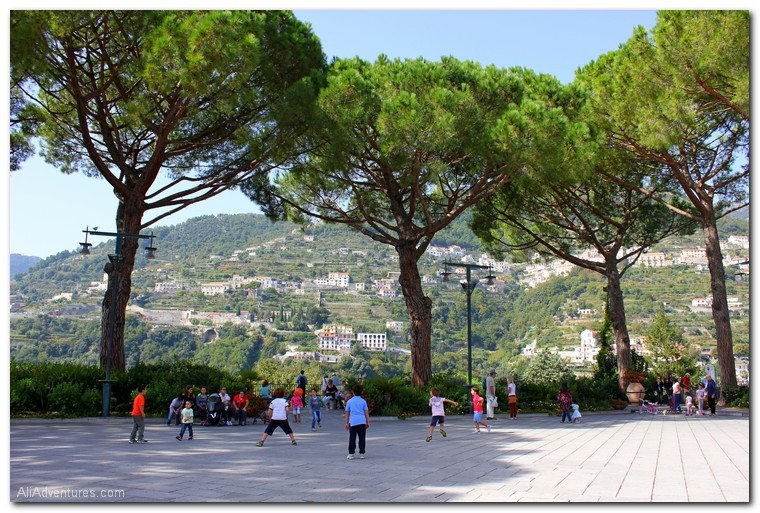 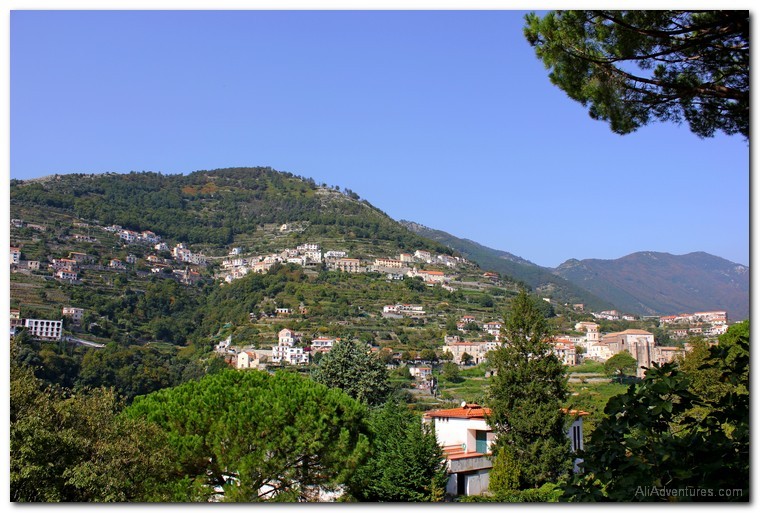 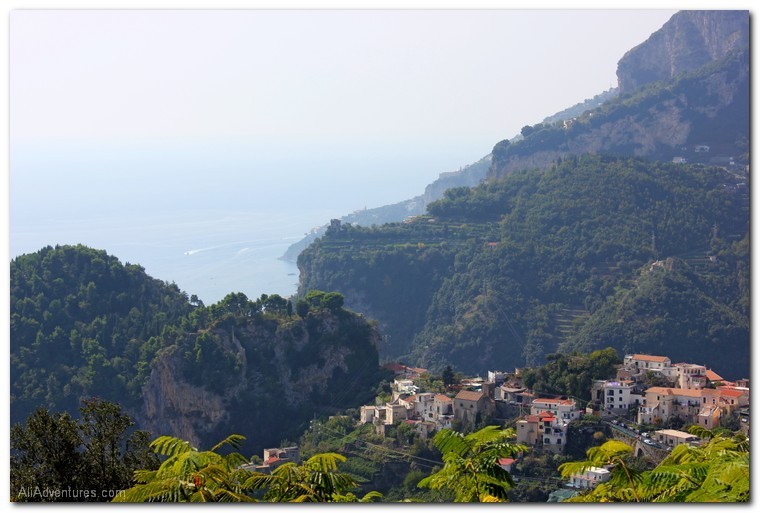 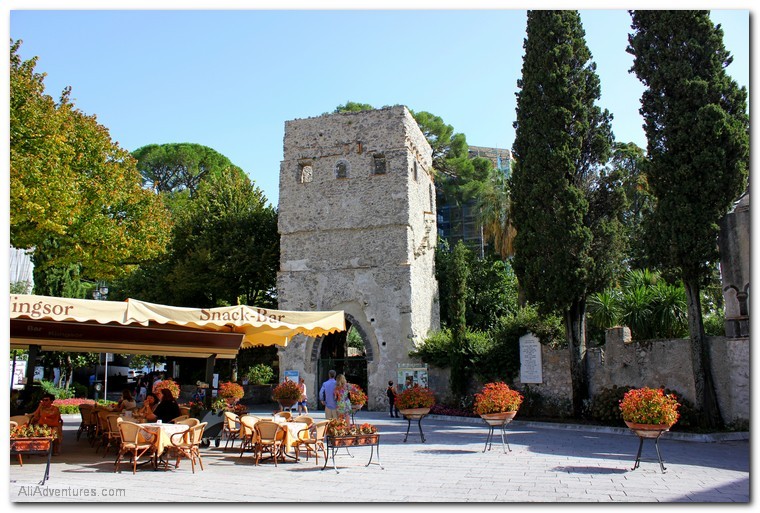 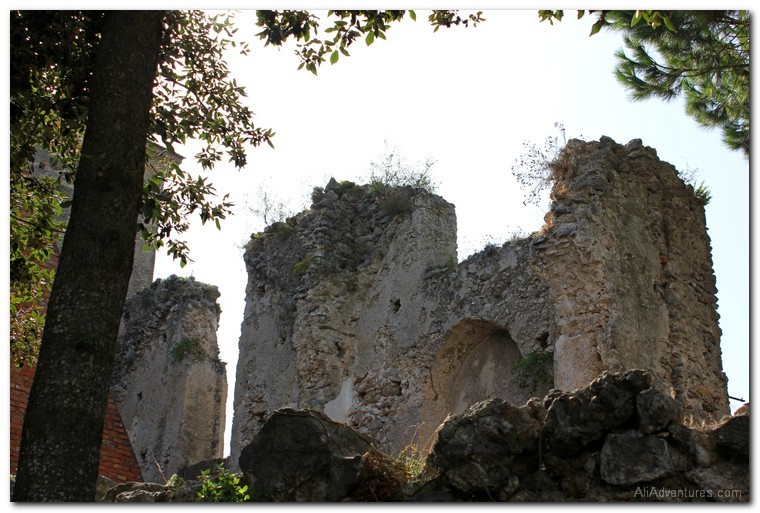 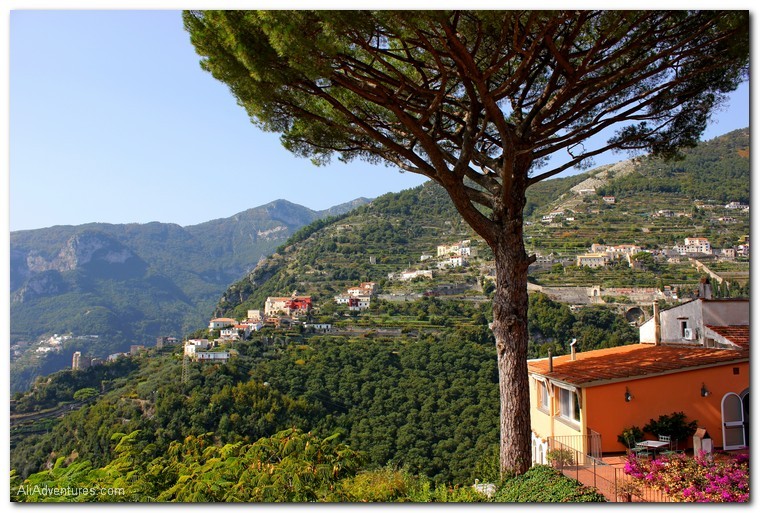 After having lunch at a restaurant my dad saw on a cooking show, which also had wonderful views, we headed back down to sea level. Since we had to switch buses in Amalfi anyway, we took my parents to walk into the center to see the cathedral.  This led to a gelato stop, which turned out to be a huge mistake. The place Andy and I got gelato from last time ripped us off pretty badly, so this time we tried the shop across the street. They charged us even more. Granted, we should’ve taken our ice cream to go instead of sitting down, but it still would’ve been outrageous. A small (which was actually rather large) bowl of gelato should never cost 7 euros!

We were already really disappointed by Amalfi and Positano when we visited last time. These towns just detract from the beauty of the coast. They are overcrowded, overpriced, and unpleasant. I would encourage anyone who is interested to visit the Amalfi Coast but don’t stay in either of those towns. Stay somewhere else and go see them as a short day trip. Take the ferry along the Amalfi Coast for some great views. But don’t stay in Amalfi or Positano. As gorgeous as this part of Italy is, I doubt we’ll ever go back. Two visits were plenty, and I’m not sure it’s worth the torturous bus ride for a third time. Plus there are so many other destinations I’d love to explore!

Sign Up
Exploring Syracuse, Sicily Embarking on a Different Kind of Adventure