I’m starting to lose track of how many times I’ve been to Rome. I added Rome to my parents’ Italy itinerary because, really, it’s amazing. Andy and I didn’t need to see the Colosseum and the Roman Forum again, but we sent my parents on a tour so they could see what I think are the best tourist sights in Rome. Andy and I didn’t do tons of sightseeing, but there were a few places we missed last June that we made a point of seeing this fall. There’s always something to see in Rome no matter how many times you’ve been there.

In all my visits to Rome, somehow I didn’t get to the Pantheon until this trip. So this time I made sure to check it out. It’s actually an interesting building in a lot of ways, but one way that jumped out at me is the big circular hole in the ceiling. It lets in lots of sunlight but also rain, which then drains out through a series of small holes on the floor. 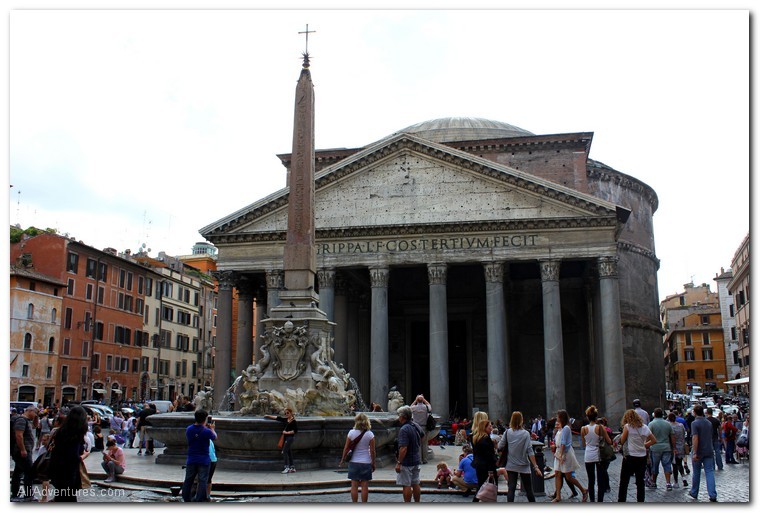 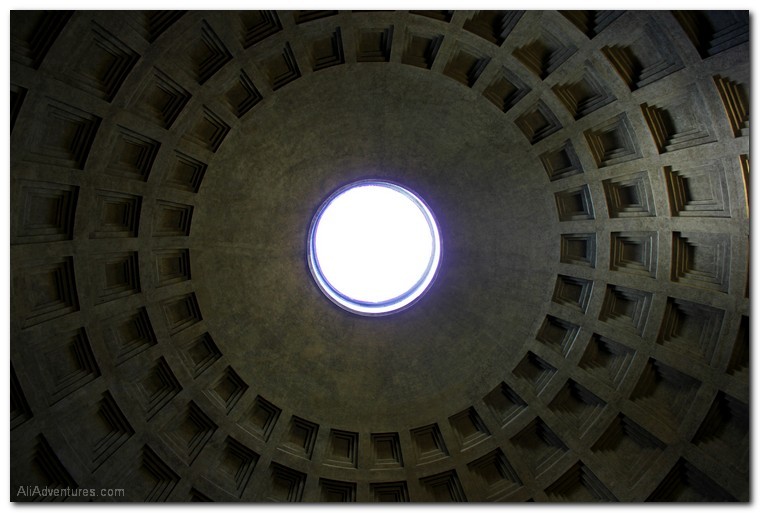 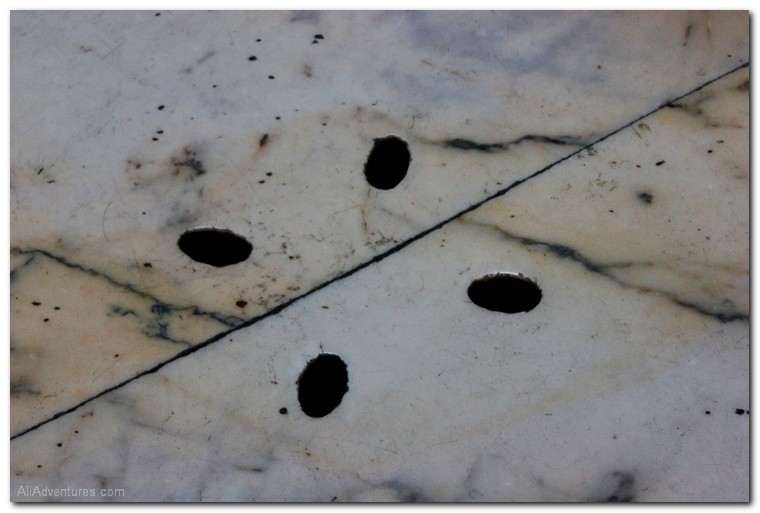 In addition to the Colosseum and Roman Forum tour we sent my parents on, the four of us took Walks of Italy’s pizza making and food tour. Andy and I did this one last June, but we loved it so much and I knew my parents would enjoy it, so we signed up again. Apparently one delicious food tour in Rome was not enough for us for one visit.

>>We loved both food tours we took. But which food tour in Rome should you take? 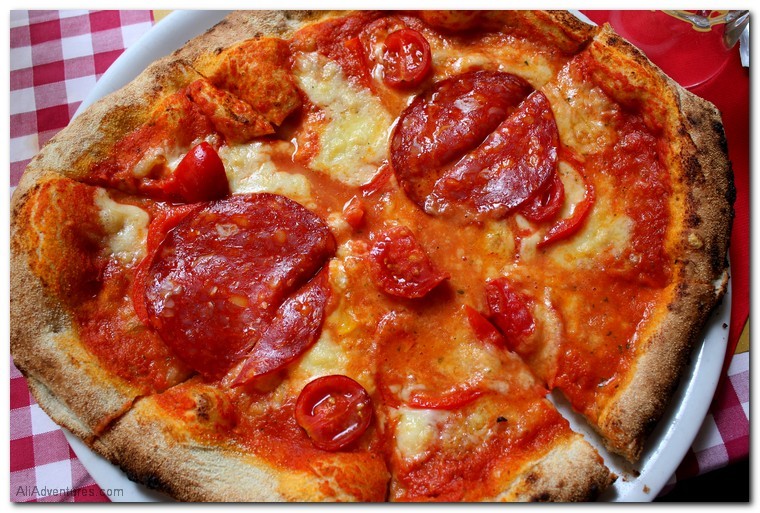 Piazza Navona is close to where the pizza tour ended, so we wandered over there to take some photos. Even in the middle of October, it was still bustling with tourists and the vendors who try to sell them stuff. But it is a pretty piazza. 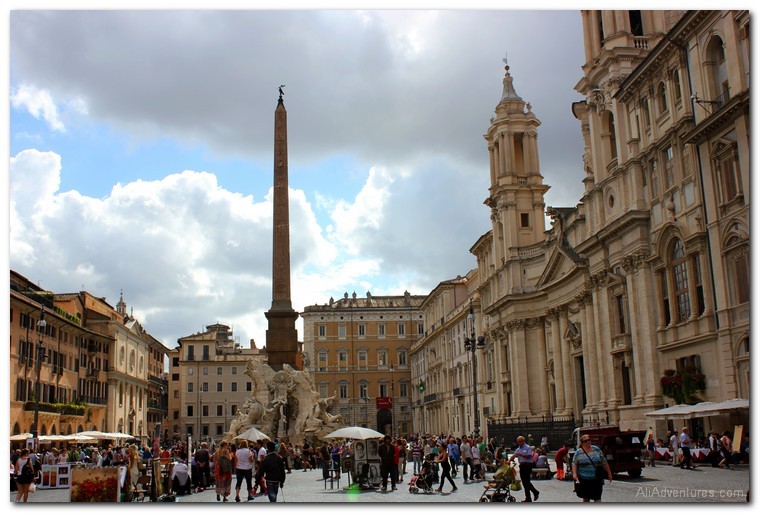 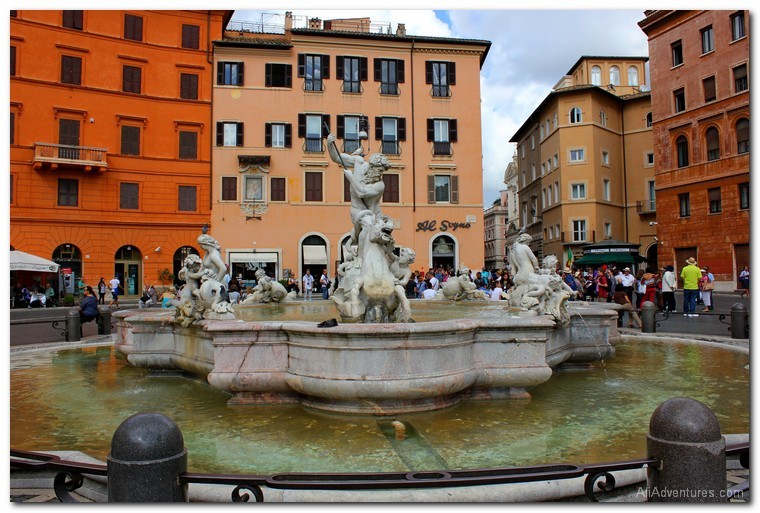 On last year’s trip through Europe, Andy and I had an unofficial goal to see as many castles as possible, but we ran out of time to go see the one in Rome. This time around, we made sure to go see Castel Sant’Angelo, although we didn’t go inside. We’ve learned that, in most cases, we like the outsides of castles better than the insides. This one is interesting because it’s so close to the Vatican, and at one time in the past, the Pope had a secret passageway between Vatican City and the castle.

>>Did you know the Vatican is one of the smallest countries in Europe? 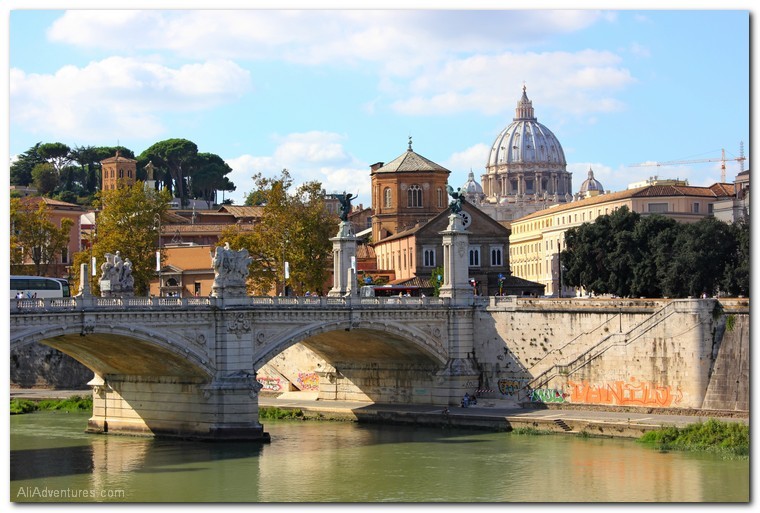 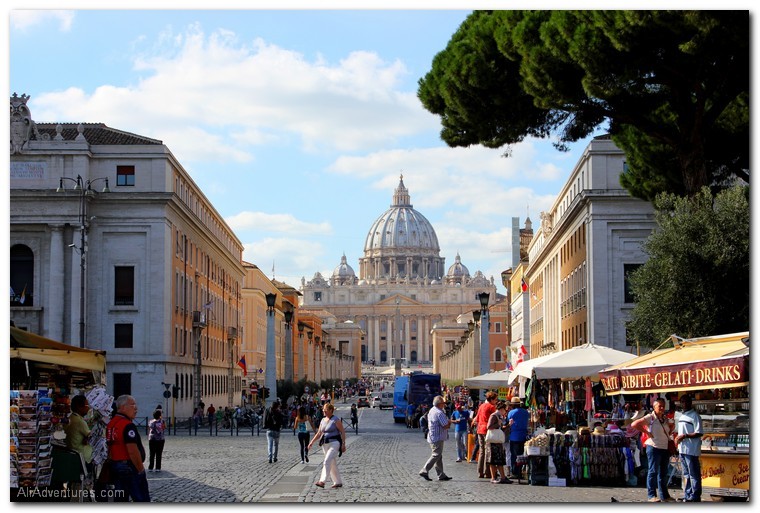 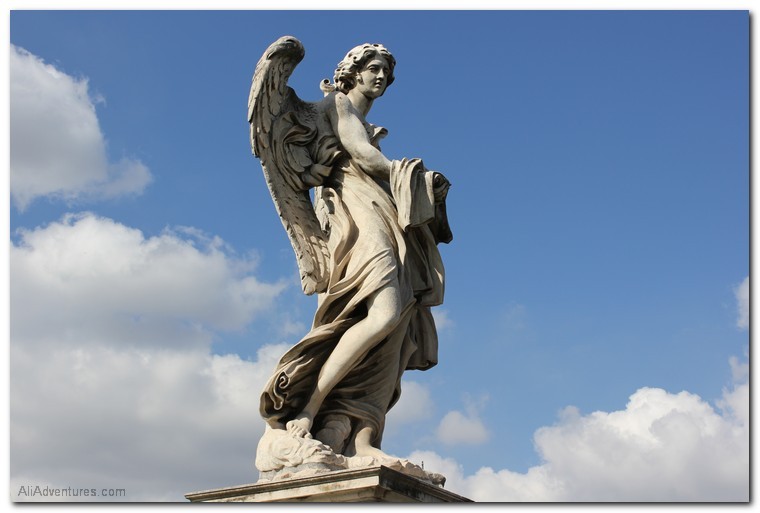 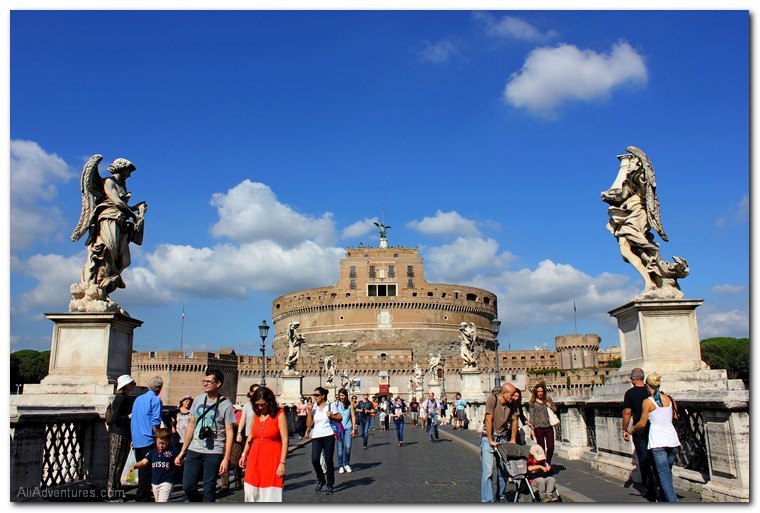 As always, I enjoyed my time in Rome. It’s a fascinating city with history around every corner, and you can tell it’s one of those places you could explore for months and still not cover everything.