Minori Was Just What We Needed

At several points during our trip, Andy and I realized we were traveling too quickly and trying to do too many things. In Amsterdam and Brussels we decided to cut out some of the day trips we had planned, and we skipped going to Monaco from Nice. We couldn’t cancel plans we had already made for Bologna since it was part of BlogVille, but at least we enjoyed what we did despite our exhaustion. And then Naples just stressed us out. When we finally got to Minori on the Amalfi Coast, we just sort of collapsed.

A week with no plans

There were a few things we considered doing while on the Amalfi Coast, like a boat trip or hiking (ok, Andy was thinking of hiking, not me), but we left things open. We decided after all the set plans we had earlier in the trip, this was our chance to be more flexible and spontaneous. There’s something freeing in not having a schedule, not having things we have to do, and deciding at the last minute if we want to go to the beach, hang out on our terrace, or go exploring.

We did go to the towns of Amalfi and Positano one day, but Andy decided against the hike to Ravello. We also decided to skip the boat trip. As interesting as it sounded to see nearby caves or islands, we didn’t want to spend the money and we were just having such a nice time not sightseeing. We needed to slow down. 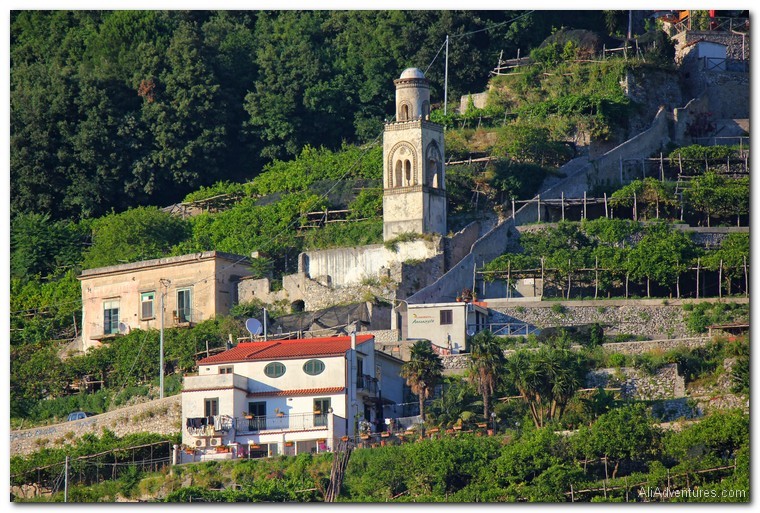 Getting to know the town

We did wander around Minori a bit to check out the tiny town. With a population of less than 3000 and hardly any tourists, it wasn’t exactly a hub of activity, but it was perfect.

We bought a few things from the closet-sized grocery store near our apartment. The same sullen man worked the register every time we went in. Despite our efforts to be friendly and speak in Italian, he never cracked a smile or said a word. 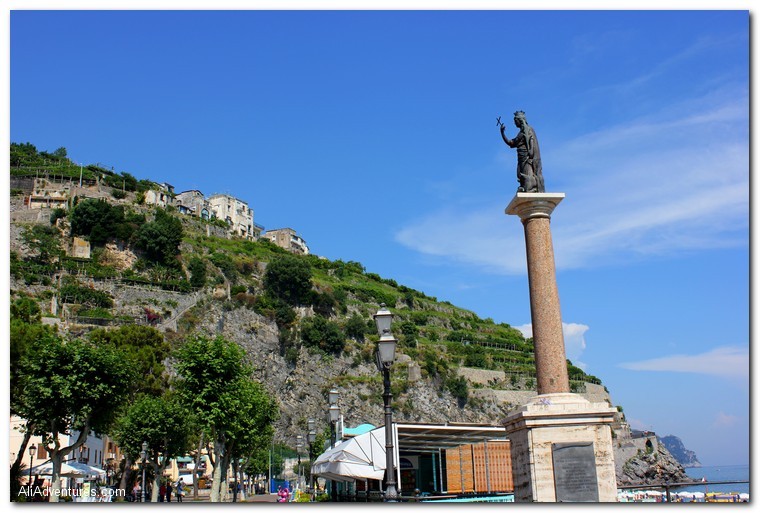 We found a butcher who was out of chicken late in the day but told Andy he’d have more the next morning. Sure enough, when Andy went back the next day, he had chicken ready to be chopped up however we wanted it.

We went to a little store that sold produce, and I really only wanted one lemon on that first day. The owner smiled at me, opened my shopping bag, and put the lemon in it. When we bought more lemons and some other veggies a couple days later, we realized the tiny one I originally picked up probably only cost 10 cents. 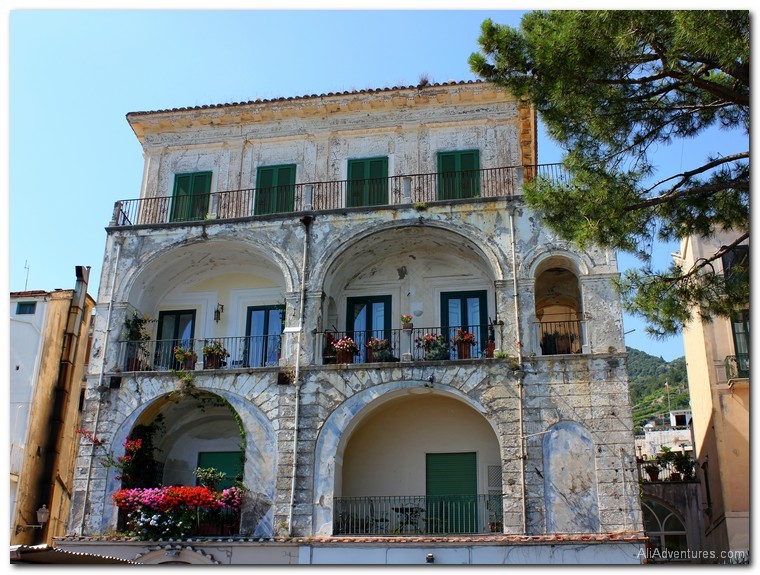 On our second day in Minori, I don’t even think I left the apartment. Andy went down those 87 stairs to go back to the butcher, but I stayed in. We spent the rest of the day admiring the view, writing and reading. After weeks of running around, I just wanted to sit still. 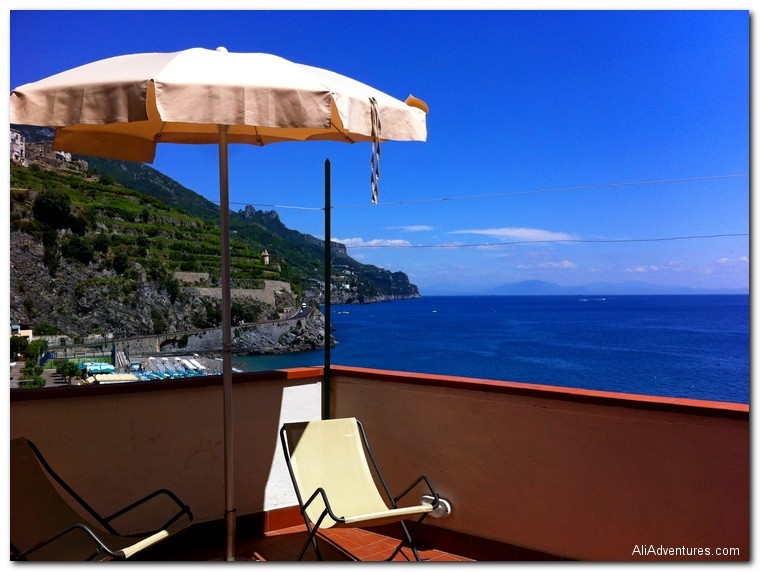 Twice Andy and I went to the beach and rented an umbrella and two chairs. We read books on our Kindles and admired the sea until the sun moved to where the umbrella no longer shaded us. Andy and I joke that we like to be sun adjacent, so without the comfort of shade, we called it a day. One day we skipped the beach but instead sat at a beachside cafe for a few hours reading.

Most evenings after dinner, Andy and I sat on our terrace with a couple of cheap beers. We listened to the waves crashing onto the shore, the ducks squawking at each other, and the occasional bus or car honking as it rounded the curve behind our building. We watched the lights of boats as they passed by, and we talked. 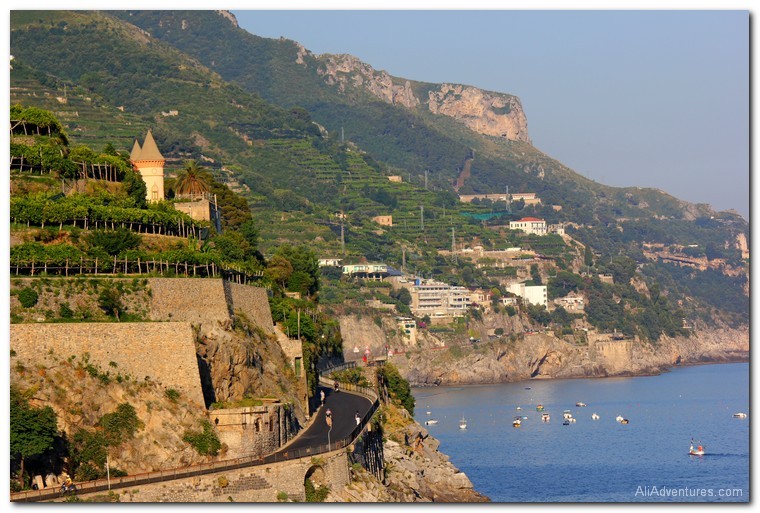 It was a week when I gave in to relaxing. I didn’t worry about much of anything while we were there. I caught up on blogging, but mostly I sat and read. After months of Andy’s visa stress and my being sick for a couple months, that week in Minori was exactly what we needed. It was a good reminder that travel isn’t always about seeing the sights. Sometimes it’s about simply being somewhere else, without the distractions of home, where I can clear my mind and just enjoy the change of scenery.