Learning About Gelato and Sorbet at Gelato University

Creamy banana. Rich caramel. Tart strawberry. Decadent chocolate. I tasted them all and more. At some point I  had to stop myself. It was all so delicious, but I didn’t want to make myself sick by eating too much. I felt like a kid again. What kid doesn’t love ice cream, right? And here I was right at the source. Well, gelato really, which is even better than ice cream. 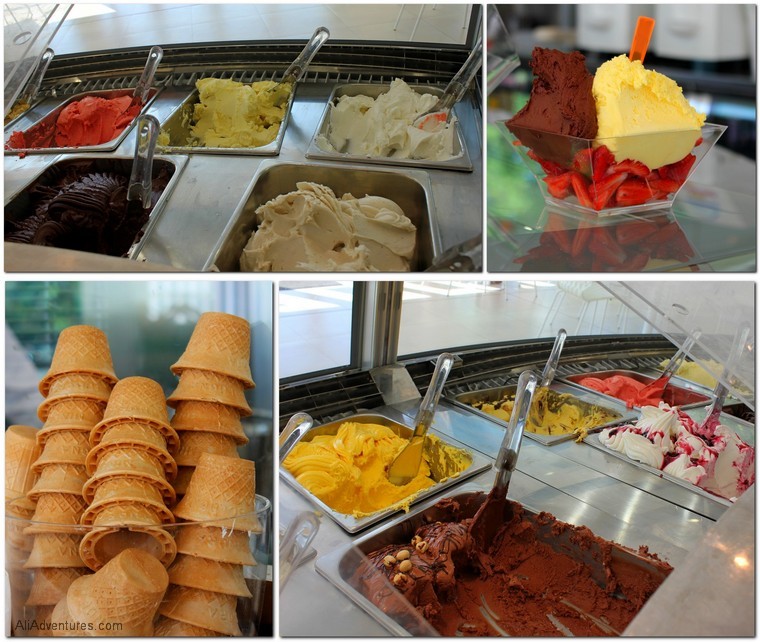 A couple years ago when I first heard there was a place in Italy called Gelato University, I was in awe. A university where they teach you how to make gelato? Yum! The Carpigiani Gelato University’s main location is in Bologna, and when Andy and I decided to participate in BlogVille in Bologna, it was the first thing on our must-do list.

Gelato is not actually the same as ice cream. Gelato is made with a lot less fat than ice cream is, and if you’re getting it at the right places, it’s made daily with fresh ingredients. As you can imagine, the tastes that result from this are amazing. 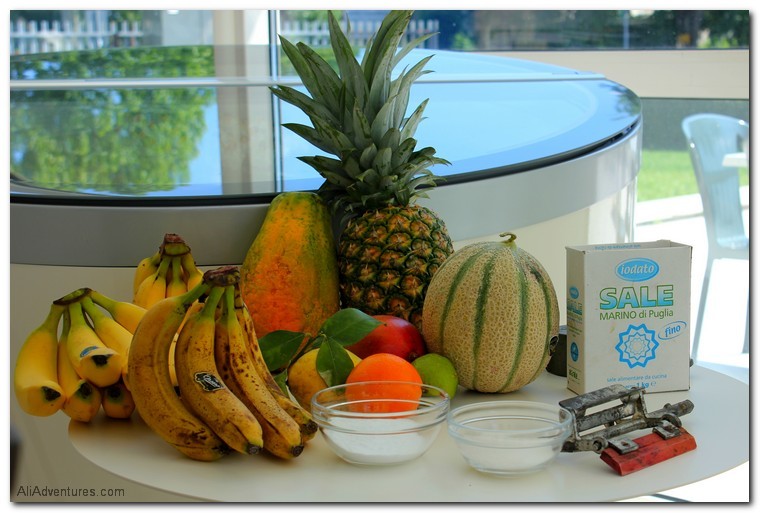 Carpigiani’s main focus is the gelato machines they manufacture, but they also teach 5 week courses to people from all over the world who want to open their own gelato shop. For tourists and locals, they also have a gelato shop and a museum where you can learn about the history of gelato, which was where we began our day.

I’ve never really thought much about the origins of ice cream, gelato or sorbet, but it was interesting to learn just how far back its history goes. Thousands of years ago people were using ice gathered from mountaintops to cool their drinks, and eventually this led to the start of sorbet in the middle ages. By the 16th to 18th centuries the wealthy royals were enjoying  creamy gelato. 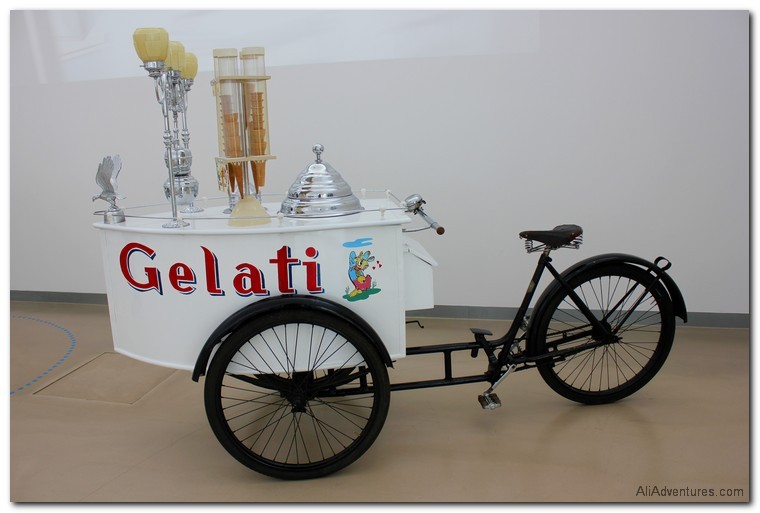 As much as I enjoyed learning about gelato’s history, I was even more excited to learn how to make it. The day we were there, they decided to teach us how to make sorbet (or sorbetto in Italian). Andy used a hand-cranked machine to mix strawberries with sugar and water, while they let me use the modern automated machine to mix bananas with sugar and water.

The banana was so creamy and rich, we thought it must have milk in it, but sorbet does not have any dairy in it. Andy doesn’t even like bananas normally, but he enjoyed the banana sorbet. Of course we then went a little crazy trying as many flavors of gelato and sorbet as they would let us.

One of there experts explained the science of making sorbet as we were making and eating it. I found it interesting to hear how to determine how much sugar and water to use depending on what kind of fruit you’re using, but mostly I was just smiling at Andy geeking out about all the science and math that goes into the process. Check out Andy’s post, including the recipe, here.

Trying it out at home

Since making sorbet at home is actually quite simple even without an ice cream maker, we decided to try it a couple weeks after we got back from Italy. Luckily we have a friend who owns an ice cream maker, so we didn’t have to mix everything by hand for 30 minutes. We started with lemon, which requires less fruit and more water than most flavors since lemon is a strong fruit. We might have put too much water in it because it was a little more like a slushy, but it was still good.

While I’m sure it isn’t Gelato University approved, we have since tried Coke and Fanta. Since soda is already sugar, water and flavoring, we just poured a half liter into the machine and turned it on. Both were tasty and refreshing as we’ve been experiencing daily high temperatures of almost 100F for the past week.

Carpigiani is located just outside of the city center of Bologna. To get there, take bus 87 towards Anzola Emilia, and get off at the Via Magli. We asked the bus driver to let us know when the stop was coming up next, but he forgot, so I recommend taking note of what bus stop comes before Via Magli so you can look. The building is on the right side of the street, and it’s huge, so if you do miss the stop you’ll see it, and it’s not a long walk from the next stop.

Make a reservation ahead of time for a guided tour of the museum and fun gelato making experience. There are three different options depending on what you want to do, and they’re all inexpensive. Click here for more information.

Thank you to BlogVille and Carpigiani for arranging our visit to the Gelato Museum. As always, all opinions  and decisions to make soda-flavored sorbet are my own.

Sign Up
Castle Gravensteen in Ghent, Belgium 300 Posts and Where Am I Going?