How Much We Spent Traveling in Cambodia

Andy and I flew to Cambodia after a few days in Singapore with no real plans beyond the first week. We ended up spending two nights in Phnom Penh and 11 nights in Siem Reap. We thought about going somewhere else as well, like Battambang or one of the beaches, but ultimately we decided we needed a change, so we cut our time in Cambodia short. I wrote about how much I spent in Cambodia a few years ago, but I was much better at tracking expenses this time around. Here’s how much we spent traveling in Cambodia.

Cambodia is a reasonably cheap country where your dollar will stretch quite nicely, and since they actually use the US dollar, there isn’t a currency conversion to worry about. They do have their own currency, the riel, but it’s mostly used as change. I’ve listed our expenses in euros and US dollars. 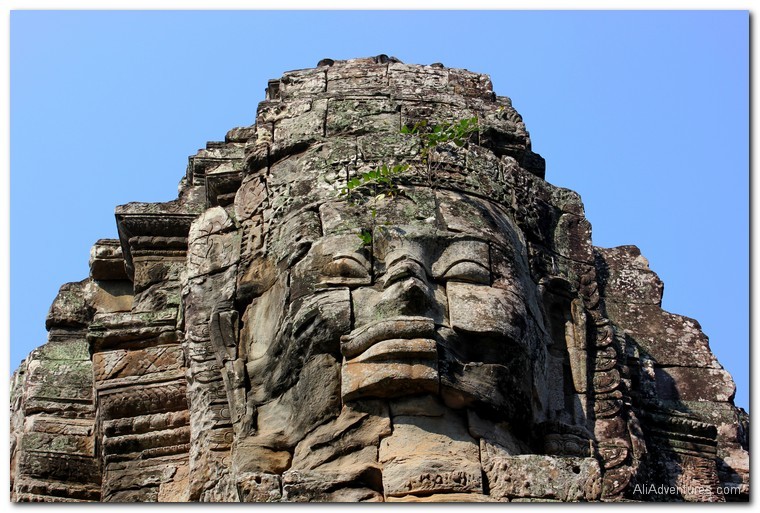 We also spent $131.33 or 96€ on two one-way tickets for our flight from Singapore to Phnom Penh on AirAsia.

Unfortunately they were booked up after that because of Chinese New Year, so we had to move to another guesthouse down the street. It wasn’t great, but we survived it for six nights at $12 a night for a twin.

We had a private bathroom in each place. This averaged out to $17.15 per night, or $8.58 per person per night. As a reference, the $23 a night place is somewhere I think my mom would be comfortable staying in, but not the others. 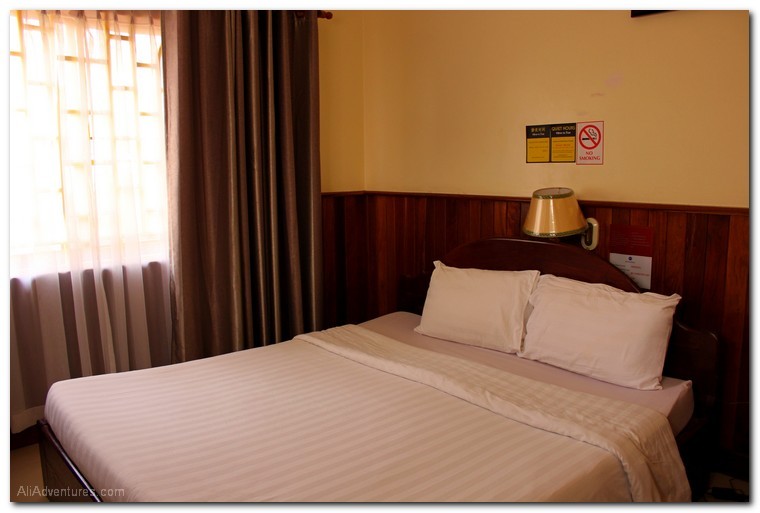 This includes a lot of tuk tuk rides in Siem Reap, most of which cost just $1 with negotiating. Our bus ride from Phnom Penh to Siem Reap cost $13 per person, and the ride took about seven hours, not including the delay at the beginning when they had to get us a new bus because the air conditioning was broken. We also paid $9 to have our guesthouse in Phnom Penh send a taxi to pick us up at the airport, which was probably too much but we chose convenience over price that day. This averages out to about $4.35 per day for transportation. 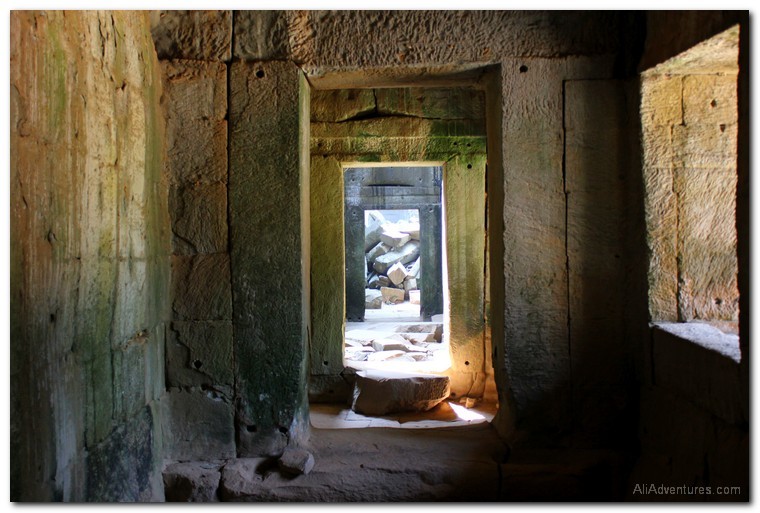 Food, like most things, is cheap in Cambodia. Our stay at Mother Home Guesthouse included breakfast, but the other two places did not. During my first visit to Cambodia, I didn’t know much about the food and I didn’t like most of what I made in the cooking class I took, so I was fine eating chicken fried rice for most meals.

This time around, I wanted to try more things, but we both ended up a bit disappointed by the food. Most things were just too bland, which we were told is how they cook for tourists. We did find a couple of places we were willing to eat at more than once, including a Mexican restaurant that was surprisingly decent. We didn’t drink much alcohol in Cambodia. Our food spending averages out to $27.26 per day, or $13.63 per person per day.

>>Not a meat eater? Check out these vegetarian restaurants in Siem Reap. 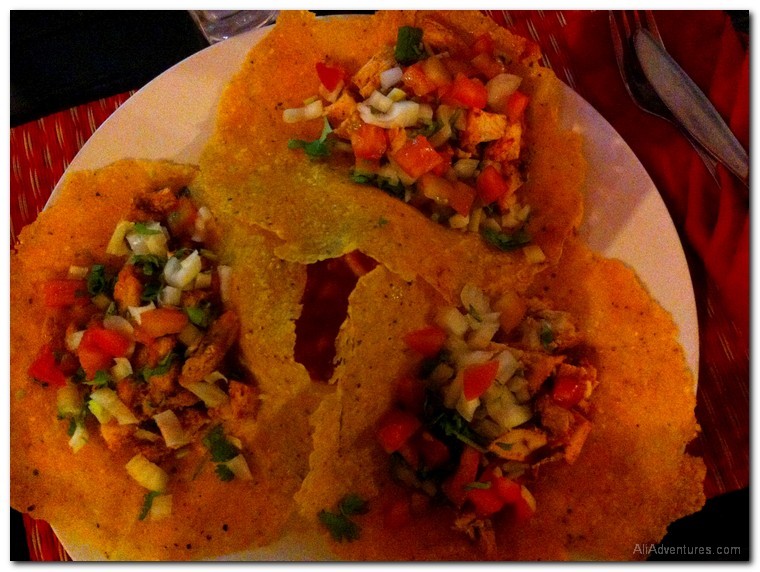 Andy and I bought one day passes to see the temples. After that, since I decided I didn’t need to see Angkor Wat again, Andy went on his own a second day. One day passes are $20 per person, or you can get a three day pass for $40. I also included our tuk tuk the day we both went since it was considered more of a tour than transportation. Besides the temples, we also went to Phare, the Cambodia Circus which was incredibly entertaining.

We didn’t do much in Phnom Penh because I was sick, but if you go, I highly recommend visiting the Killing Fields and the Genocide Museum to learn more about Cambodia’s recent past. 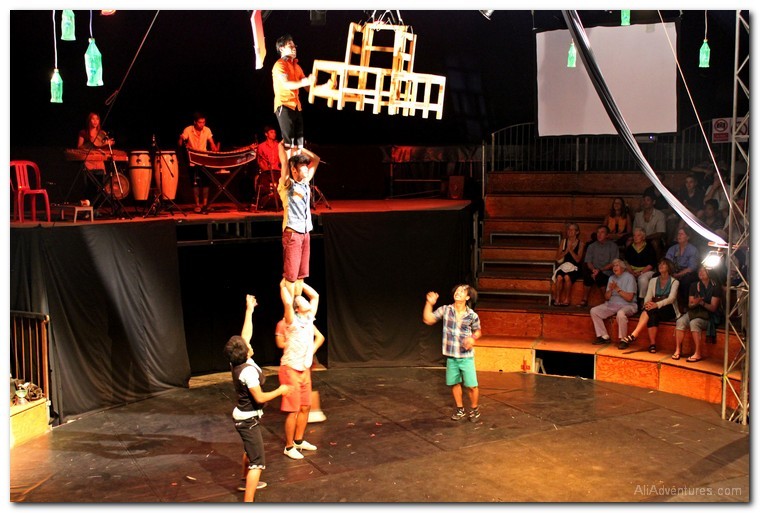 This includes $20 each for our tourist visas. I also bought tissues and cough drops since I was sick. Andy got a haircut for the low price of $3. We also did laundry three times for a total of $4.50. Most places will do your laundry for $1 per kilo. 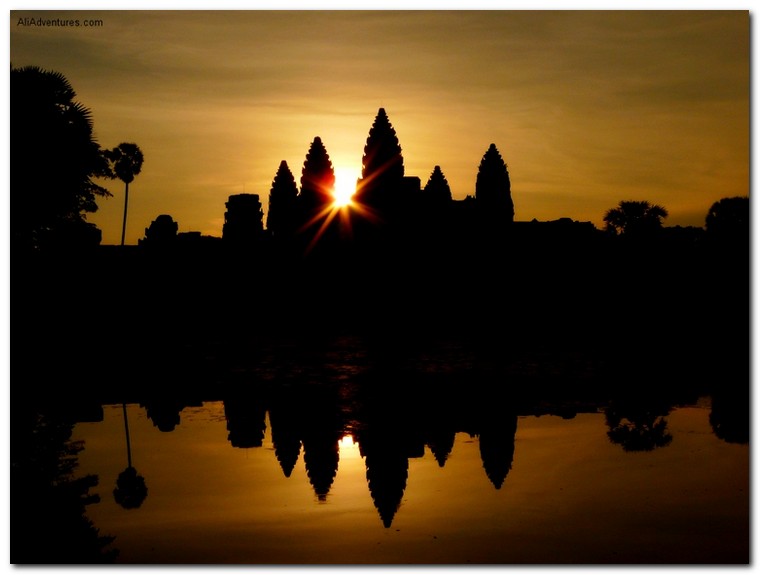 For 13 days traveling in Cambodia, we spent an average of $60.78 per day, or $30.39 per person per day. This does not include our flights into or out of Cambodia. This is one of the cheapest destinations we’ve traveled to, and if you’re truly a budget traveler, you can do it for even less. A bed in a hostel will save you money. In Siem Reap, you can easily walk from most guesthouses to the center of town, which we did often, but even those $1 or $2 tuk tuk rides add up after awhile. There are cheaper food options than some of the places we ate at. But really, just over $30 per person per day is a great deal. 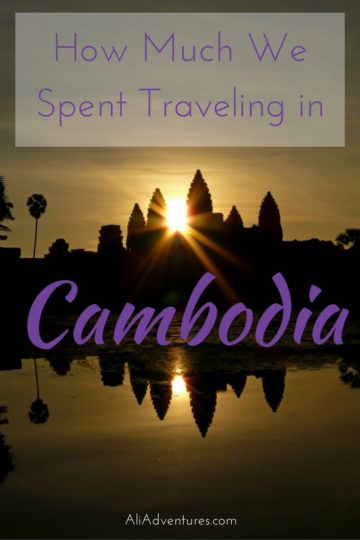 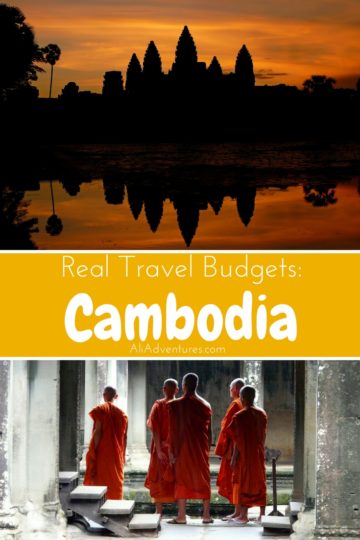 Sign Up
Sometimes I Suck at Traveling Our Chaotic Introduction to Krabi, Thailand