Melbourne in 10 Days – How Much I Spent 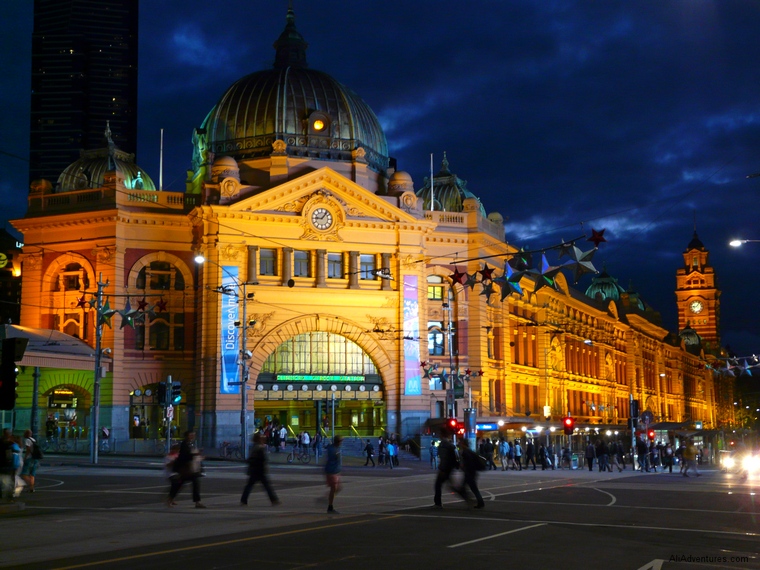 In Southeast Asia I could easily have a room or bungalow to myself for around $10. Not so in Melbourne. I stayed in St. Kilda, which is a nearby suburb of Melbourne, because it was a little cheaper than staying in the city. Even so, a bed in a dorm was $35 a night.

I stayed in Base St. Kilda in their female only sanctuary dorm, which was pretty nice. Breakfast was not included, but the sanctuary dorm provided a towel which could be swapped out after three days, shampoo and conditioner, a private bathroom for each of the eight-bed dorm rooms complete with a big shower and hair dryer, and free champagne for an hour each night in the hostel bar.

I did book my own room for the first night since it took me 43 hours to get there and I knew I would need my own space. Unfortunately, they didn’t have singles, so I had to book a double to myself, which cost $112. I also spent one night in Apollo Bay along the Great Ocean Road for $25. For 10 nights, I averaged $41.50 per night.

Since I needed to get from St. Kilda to Melbourne, I bought a one week tram pass for $31. Despite my getting on the tram going the wrong direction a couple times, and getting on the wrong tram once, the tram system was actually really easy to use. The hostel I stayed at paid for my airport shuttle when I arrived, but I had to pay $19 for the way back at the end of my visit. 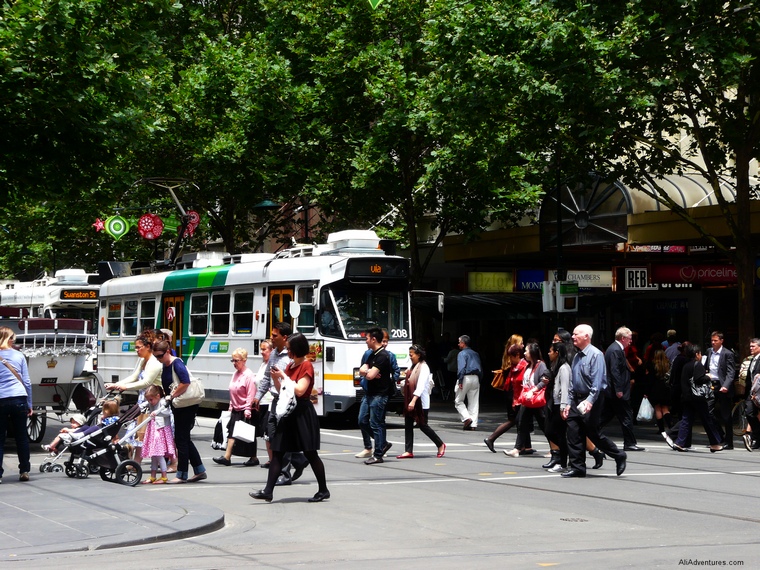 There are lots of things to do in Melbourne, but a lot of what I did was free.

My big expense here was the two day Great Ocean Road trip I signed up for, which was $185, not including lodging (see above) or meals. But it did include morning tea, which was really tea, coffee, or hot chocolate along with fruit and cookies which was a decent light breakfast. The hostel did provide do-it-yourself breakfast.

>>I took this Great Ocean Road tour and loved it!

I also spent $20 on a movie ticket, which was painful. Even worse was that it was a ticket for Twilight: the one where they get married (sorry I really don’t know what it was called). Please don’t judge, I only went because the two girls I was hanging out with wanted to see it, and I wanted to be social. 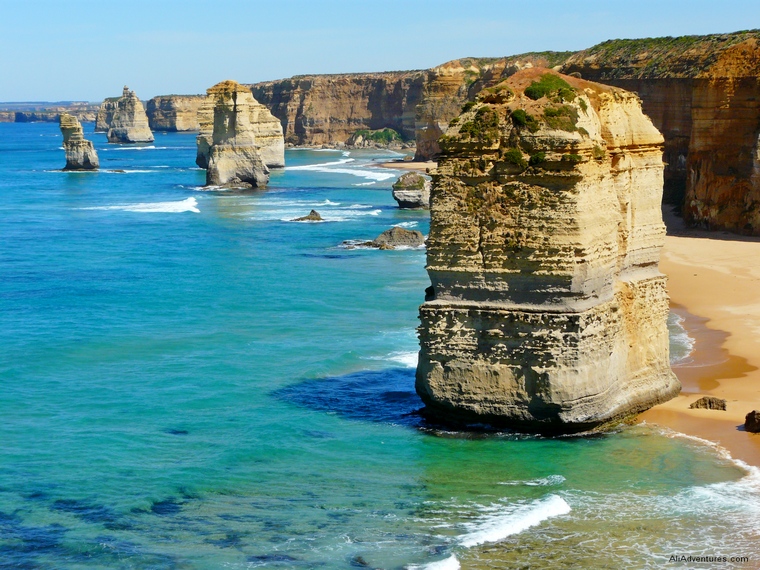 I had to pay $25 for the electronic visa that Australia has been doing for the past few years. You apply online, pay with a credit card, and get a confirmation through email. It’s a really simple process and you don’t need to print anything. When you arrive, passport control will be able to check their computers to make sure you have a visa. Check out their website here for more information, to see if you’re eligible (depends on country of citizenship) and to apply.

Once again, I didn’t do a great job of keeping track of my spending here. I did some rough math, and my estimation is that I averaged $35 a day on food and drinks. I didn’t have much alcohol there, just one night of a few drinks with two girls from the hostel, and some beer with a different girl from the hostel. I bought some granola bars for breakfast and a few other things at a grocery store to cut costs, but I didn’t cook full meals in the hostel. Food, like many things in Melbourne, is expensive. I didn’t eat at any fancy restaurants, just some fast food like Subway, or an average restaurant in Chinatown.

A whopping $69 of that total was for internet. No more free wifi at hostels. I could’ve gotten free wifi at McDonald’s but I really wasn’t willing to go down the street and sit in there for hours to blog, skype with Andy, and check email. Aside from internet, this includes postcards, a couple shirts, and laundry. One load of laundry, wash and dry, cost me $12 at a laundromat.

I averaged about $115 per day for 10 days in Melbourne, not including flights in and out. You could spend less on food if you cook your meals. You could spend slightly less by staying in a different hostel. You could spend less on the Great Ocean Road by choosing a less expensive day trip, although I really think it’s worth the extra expense to do a trip that’s more than one day. Overall, Melbourne is expensive, but if you watch your spending, it won’t break the bank and you’ll still enjoy this great city. 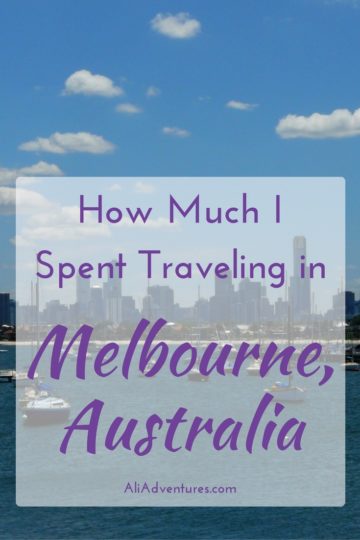 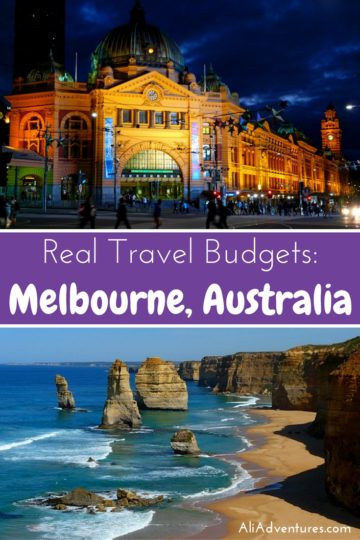