How Much We Spent in Verona, Italy

After dogsitting in Bologna, we had a few days before our flight to Spain, so we spent 2 days in Verona. Verona is known as the setting for Shakespeare’s Romeo and Juliet, and you can go see the balcony that was supposedly Juliet’s. But you know, a balcony from a fictional story. The city also has a fantastic Roman arena, which is smaller than the Colosseum in Rome but more intact. Take a look at our travel costs and see how much we spent in Verona, Italy for 2 days. 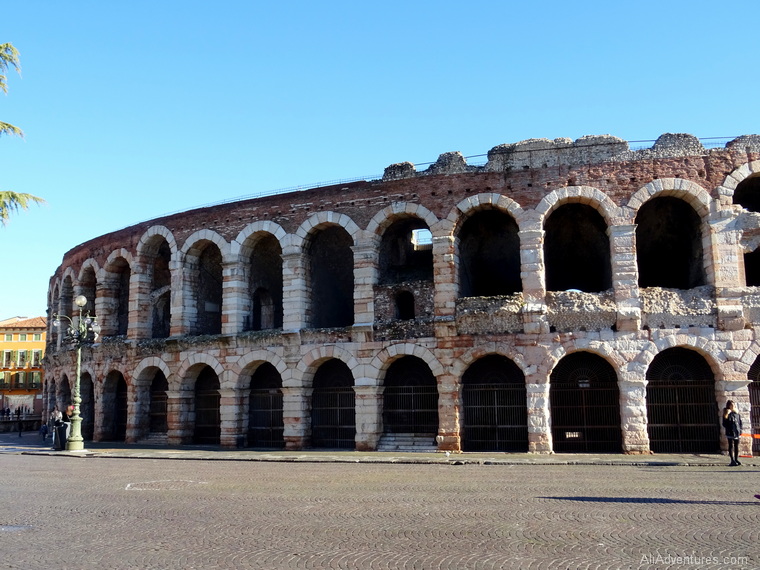 Amounts are listed in euros and US dollars. The expenses listed are for two people for 2 nights in Verona, Italy.

Andy and I spent two nights in a hotel right in Verona’s old town. It was just steps away from the arena and close to many restaurants and shops. If you’re looking to save money in Verona, you could look for hostels or more basic hotels. For two nights in Verona, we average $121.58 per night, or $60.79 per person per night on lodging. 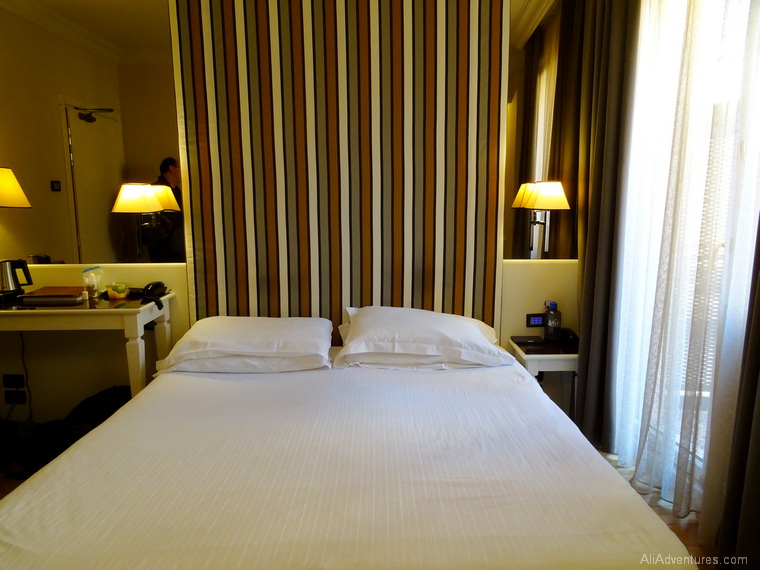 Where to stay in Verona

We stayed at the Hotel Milano & Spa in the center of Verona. Our room was small but comfortable, and we had a balcony that would’ve been great during a warmer time of year. The bathroom had a weird multi-colored light in the shower that made washing my hair feel like a disco, but it was definitely a unique touch. The hotel also had a great rooftop bar with a hot tub and plenty of seats with views of the arena. Well worth going up there for a late afternoon cocktail!

Read reviews on Trip Advisor or book a room through Booking.com.

Verona does have a bus system, but the central old town is mostly pedestrian. It was a bit of a long walk from the train station to our hotel, and to be honest, we were feeling too lazy to deal with figuring out buses. The transportation costs here are for two taxis, one the day we arrived to get to our hotel and one the day we left to get back to the train station. Everything else we did was easy walking distance, and we never felt the need to use the bus system.

Since we didn’t have access to a kitchen, we ate out for every meal in Verona. With my dietary restrictions, breakfast at the hotel wasn’t a good option for me, so we didn’t buy theirs. We also enjoyed a handful of cocktails, so our numbers are a little high for that reason. You can certainly spend less if you opt for cheaper meals and less alcohol. For two days in Verona, we averaged $94.50 per day, or $47.25 per person per day on food and alcohol. 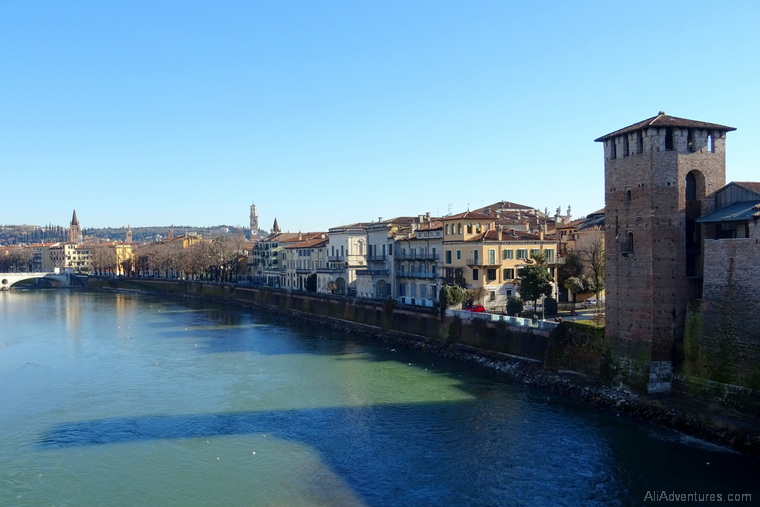 The only activity we did that cost money was the Castel San Pietro funicular. For 4 euros, it was well worth it for the fantastic views of Verona. We spent the rest of our time exploring Verona’s piazzas and cobblestone streets, castles and old bridges, and simply enjoyed the look and feel of the city. And yes, we went to see the balcony.

You could also pay to go into the arena, but we were more interested in the outside. There are also a variety of museums in the city that you could visit if you enjoy museums. 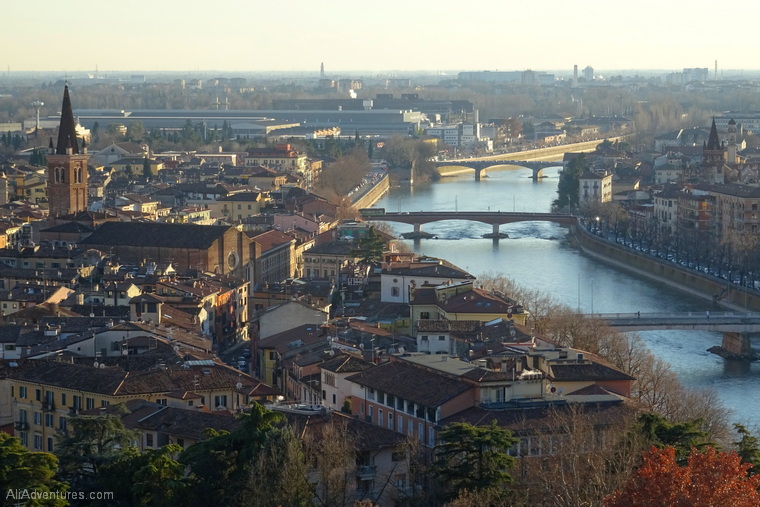 Verona is a cute city not far from Bologna, Venice, and Milan. Even though most people visit as a day trip or while in transit from one city to another, I think it’s well worth spending a night or two during your trip to Italy to have a more relaxed experience. As you can see, much of our travel expenses in Verona were lodging and food, and there’s definitely a lot of wiggle room with how much you spend on food. I hope seeing our travel costs helps you plan your travel budget for Verona, Italy.

Sign Up
How Much We Spent in Bologna, Italy The Spain Experiment