If you missed part 1 of the Beyond Vacation kick-off itinerary, check it out here. Part 2 is the month of June, and June is all about Italy! Italy is one of our favorite countries, and when two of my relatives told me they were going to be in Italy in June, we couldn’t resist. I wish we could much longer exploring every inch of the country, but a month will have to do.

Andy and I had a gap between Nice and our next stop in Bologna, so we decided on a couple of nights in Rimini on Italy’s eastern coast. It’s also the an easy side trip to the tiny country of San Marino, another bit of list ticking for me. We’ll take a tour with the San Marino Tourist Board, as well as spend some time relaxing in Rimini, hopefully with a nice drink and a view of the sea.

Bologna and the Emilia Romagna region

After Rimini, we will spend the week of June 3-10 in Bologna as part of the BlogVille project. The Emilia Romagna Tourist Board will be hosting us along with a few other bloggers, where we will have time to explore this region of Italy. Andy has already spent some time in Bologna and loved it, so I’m looking forward to seeing the area. The city of Parma is in Emilia Romagna, so we’ll be eating plenty of local cheese and ham. My favorite pasta dish at home (made by a guy from Italy) is Bolognese, so I’m excited to try the real deal, called Ragu, while in Bologna. I’m even going to take a cooking class so I can attempt to recreate it at home. There’s also a place called Gelato University where we’re going to learn how to make delicious ice cream! It’s turning out to be a week dedicated to eating, but there’s no better place for it. 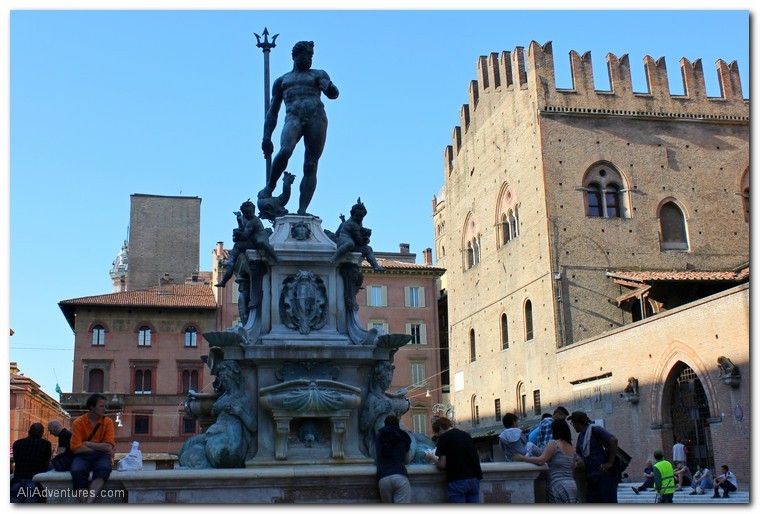 We’re only spending three nights in Naples, but it’ll give us a taste of the area. We are working with Take Walks and will take a tour of Pompeii. We’re leaving the other two days open to explore nearby islands, as well as the city itself.

I have wanted to see the Amalfi Coast for years. It just looks so gorgeous! After Naples, we will spend June 13-20 on the Amalfi Coast. We found an apartment in a small town called Minori, which will hopefully be removed enough from the main tourist trail, but is still close to the bus route and the port in the town of Amalfi. My aunt and her family will be in Positano for about two weeks, so we’ll get to spend some time with them too.

Andy and I are ending out trip with nine nights in Rome. We are working with Take Walks here as well and will be taking three tours while in Rome, a food and pizza making tour, the Colosseum and Roman Forum, and the Vatican and Sistine Chapel. Beyond that, we just want to explore Rome without a plan and see what comes our way. We rented another apartment in a residential area so we can see the local side of Rome, but we’ll also go see the sights. And I want to eat as much tasty authentic Italian food as possible while I’m there.

Traveling to Italy? Check out the 100 Locals Unconventional Italy Guidebook!