Our Beyond Vacation kick-off trip is almost here! After months of building up our savings account to start our new lifestyle, dealing with visa stresses, and planning this first trip, we’re almost ready to hit the road. Andy’s last day of work was April 19th, and we have a renter set up for our apartment while we’re gone. So where are we traveling to? Because the trip will be in two distinct areas of Europe, one in May and one in June, I thought I’d split the itinerary into part 1 and part 2.

On May 9th we will leave Freiburg and spend two nights in Luxembourg. Yes, this is a bit of list ticking for me. I’ve never been to Luxembourg, plus it’s one of the few remaining western European countries I haven’t made it to, and it’s among the smallest countries in Europe. We’ll spend some time exploring the capital Luxembourg City, and take a day trip to see Vianden Castle. 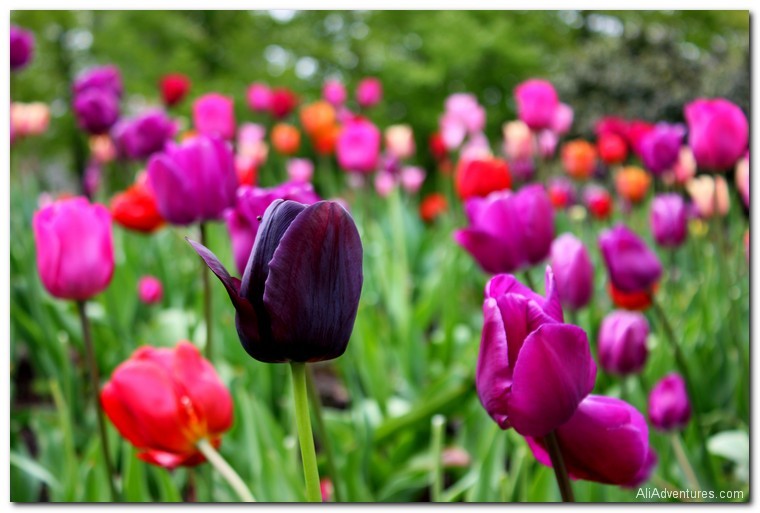 I’ve also never been to the Netherlands, so after our brief stay in Luxembourg, we’ll go check out the popular city of Amsterdam for about five days. Canals, windmills, tulips, museums, and of course local beer will all be worked into our time there. Normally mid May would be a little late to see tulips, but we’ve had such a cold long winter this year, it looks like we’ll still be able to take a day trip out of the city and see the flowers in their prime.

We’ve rented an apartment in Amsterdam so we’re looking forward to exploring the local neighborhood while still being close enough to the sights. We don’t have much planned, so we’ll just figure things out when we get there.

On May16th, we’ll leave Amsterdam and hop on a quick train to Rotterdam. This year’s TBU blogging conference is being held in Rotterdam, so when the location was announced, we ended up planning the May portion of our trip around it. After the conference, we will be on a two day tour of city. In the past we haven’t had much time to explore the cities the conferences have been in, so this should be good.

Andy and I really enjoyed our time in Brussels last summer. So when we knew we’d be so close for TBU, we decided we had to return. We’ll get there on May 22nd after our Rotterdam tour and spend seven nights. There are a few sights we didn’t get to see last time around, plus I’m sure we will be enjoying more Belgian beer, waffles and fries.

Again, we’ve rented an apartment a little outside of the center that looks like it’s in a great neighborhood, but still has easy access to public transportation. We’re thinking of doing a day trip to Bruge or Ghent, or maybe both, but we’re keeping things open. We’ll need some relaxation time after the conference, and we just want to enjoy the city.

On May 29th we’re getting on a night train from Brussels to Nice, France. Mostly we just wanted to split up the long journey between Brussels and our next destination, and a couple days on the coast sounded inviting. We’ve both been to Nice and Monaco before, but it’s been a long time, so we’ll spend two nights there.

Stay tuned to see what our Beyond Vacation kick-off trip itinerary looks like for June! Hint: It may involve pasta. (Read here for Part 2 of the itinerary.)