The Steepest Street in the World 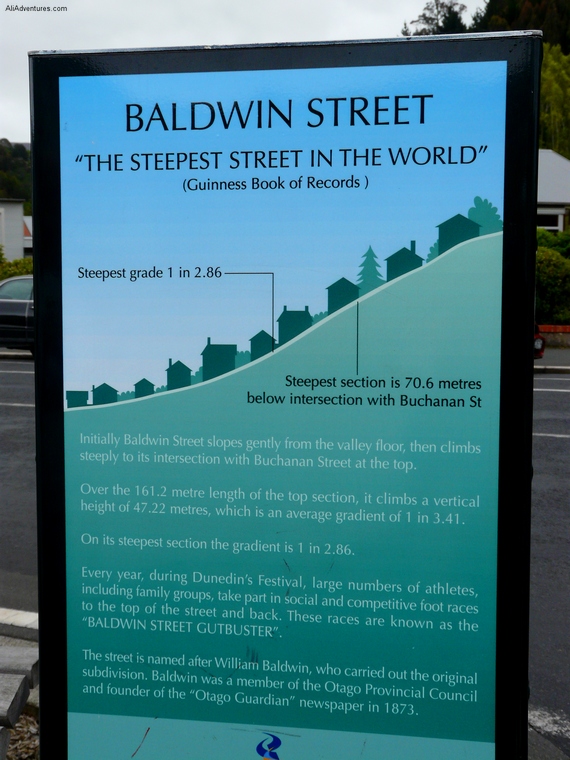 After figuring out the correct bus, we hopped on board and checked with the driver that he was stopping near Baldwin Street. Buses can be tricky because you can’t always tell when they’ve arrived at your stop, so I’ve found it helpful to let the driver know where I’m going. Often they will let you know when your stop is coming up, especially if you sit near the front. Luckily it worked this time, and we arrived with no problems. 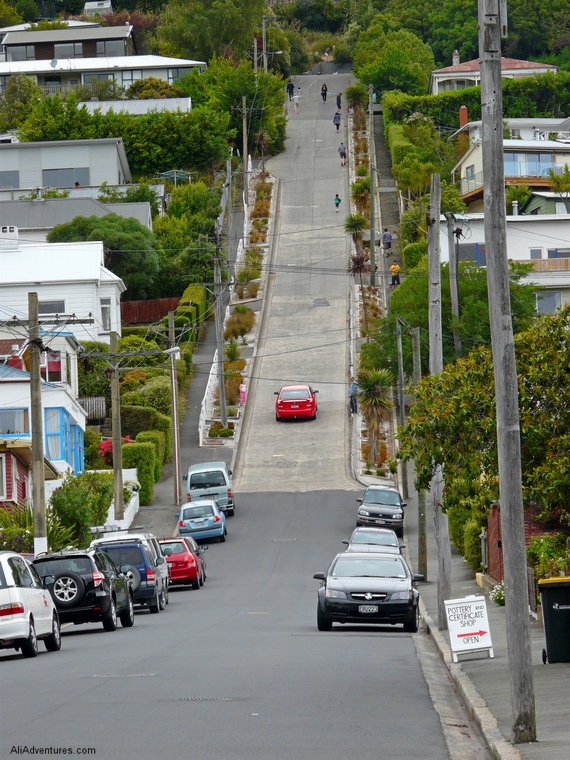 It turns out Baldwin Street attracts quite a few tourists who want to climb up the steepest street in the world. I am not a fan of climbing steep things, so I was content to admire it from the bottom. (Why isn’t there a bus that drops you off at the top? I’d walk DOWN the steepest street in the world.) However, Andy did want to walk up it, so I took pictures of him at various points along the way. Here’s Andy about halfway up. Note that the sidewalk is basically a staircase because of the steepness. 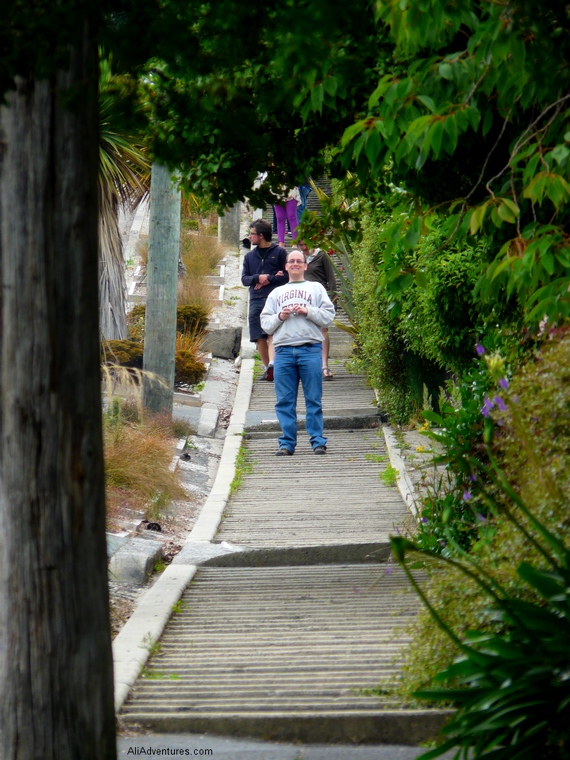 And here’s Andy at the top. I’m glad I have a good zoom on my camera. 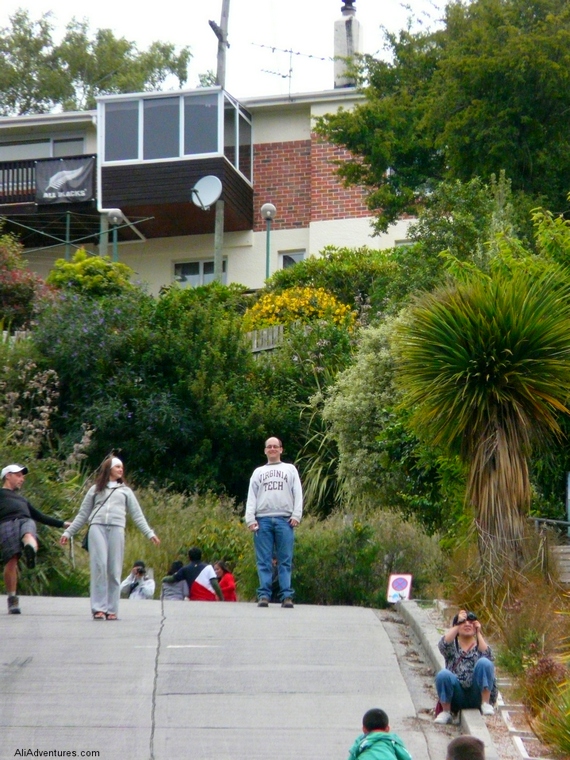 Odd sights near the steepest street in the world

On our way back to the bus stop, we noticed a little museum where you could go in and get a certificate showing you walked up Baldwin Street. Andy decided this was unnecessary, so we didn’t go in. We also saw a few other odd things at the base of the street. Trees wearing socks: 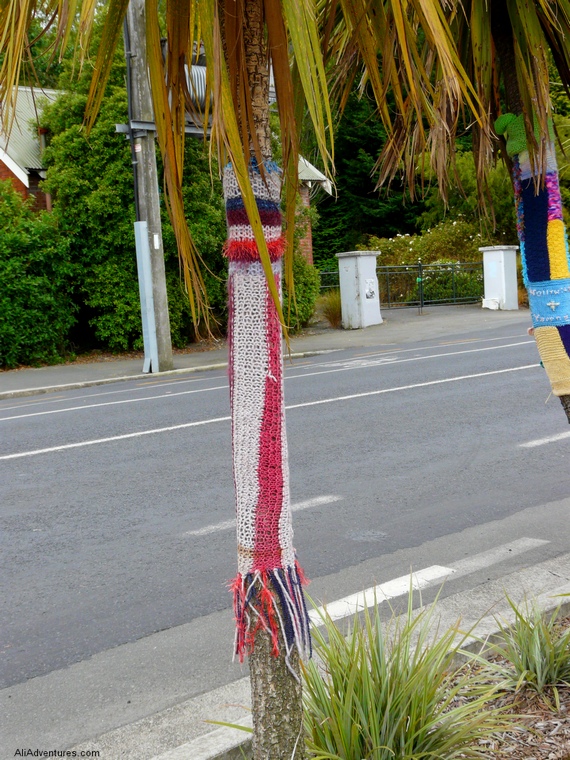 And a sign (actually two, one on each side of the pole) from someone searching for a missing mitten: 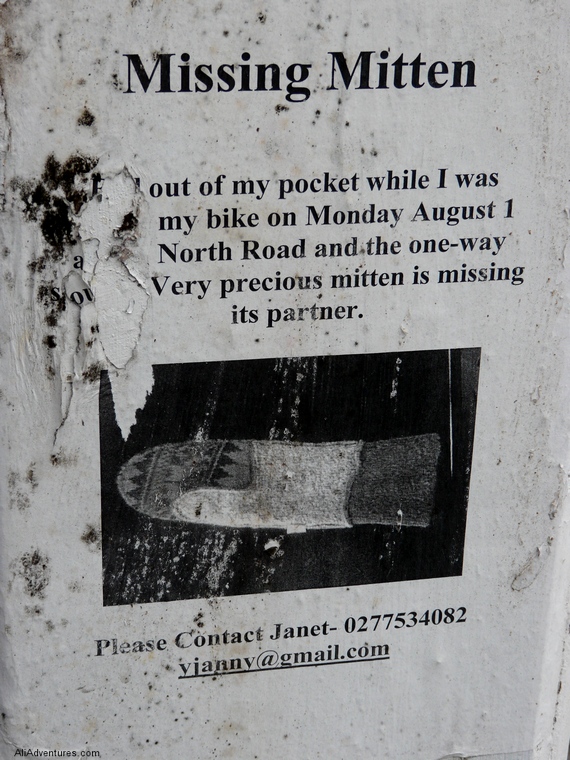 “Very precious mitten is missing its partner.” Really?! And the sign had been up there for five months at that point.

So it was a very entertaining day exploring Baldwin Street, Dunedin, the steepest street in the world. If only we could’ve found that mitten.

Sign Up
One Day in Wanaka Culture Shock is Sneaky