The Great Ocean Road and a Bit of Parrot Poo

I had heard so many wonderful things about the Great Ocean Road that I knew it had to be a part of my trip to Melbourne. I briefly considered renting a car and driving it myself, but I’ve never driven on the other side of the road or the other side of the car, so I decided this probably wasn’t the time to try it out. So I searched through lists of companies that offer tours. I quickly decided I wanted a two day tour because I thought I would feel too rushed on a one day tour. I also wanted something small, and I didn’t want any overly adventurous, roughing-it-type activities. That’s how I eventually decided on this two day tour. 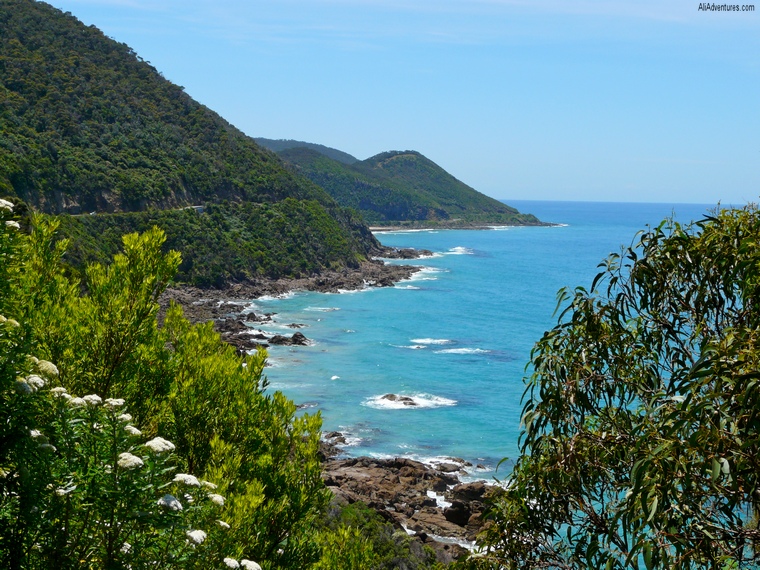 Walter, our friendly guide, picked me up at my hostel a little past 6AM. Most of the day tours start about an hour or so later, so we got to beat the crowds a little by leaving this early. He offers the two day tour a couple times a week, so this time there ended up only being four of us, plus Walter. This small group was really fun and made it feel more like traveling with friends than in a tour group. Though to be fair, even at maximum capacity I think there would’ve only been 14 people in the group. 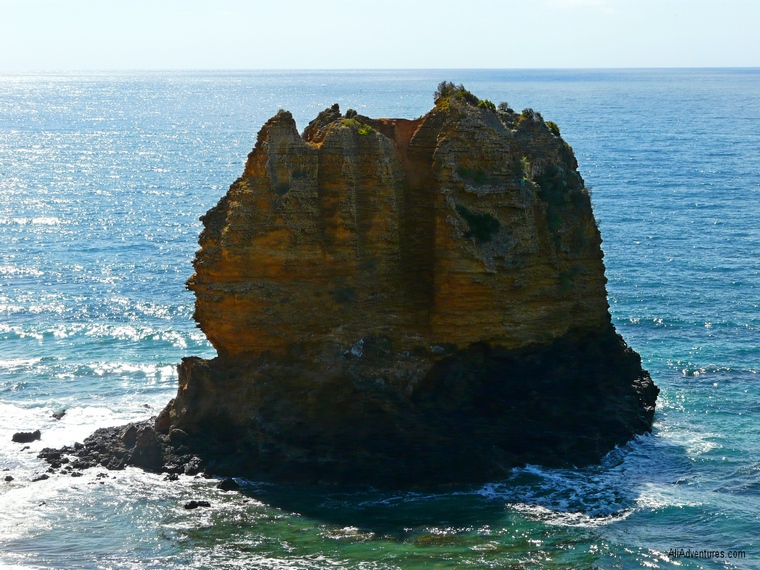 The Great Ocean Road starts about an hour outside of Melbourne, which gave us time to chat and get to know each other a little. Our first stop was for morning tea, coffee or hot chocolate, and snacks. From there, we stopped at several beaches, each one more spectacular than the one before. I took an astonishing number of pictures, and my speech abilities suddenly dwindled, leaving me with variations of the phrase “this is so beautiful!” 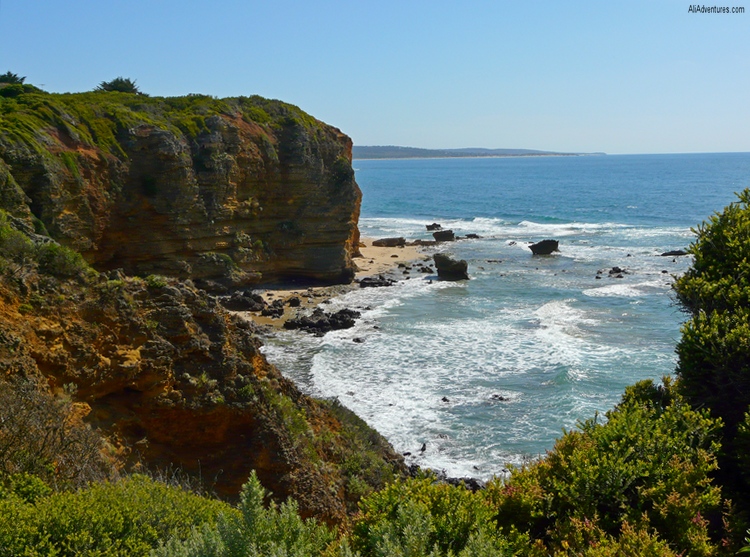 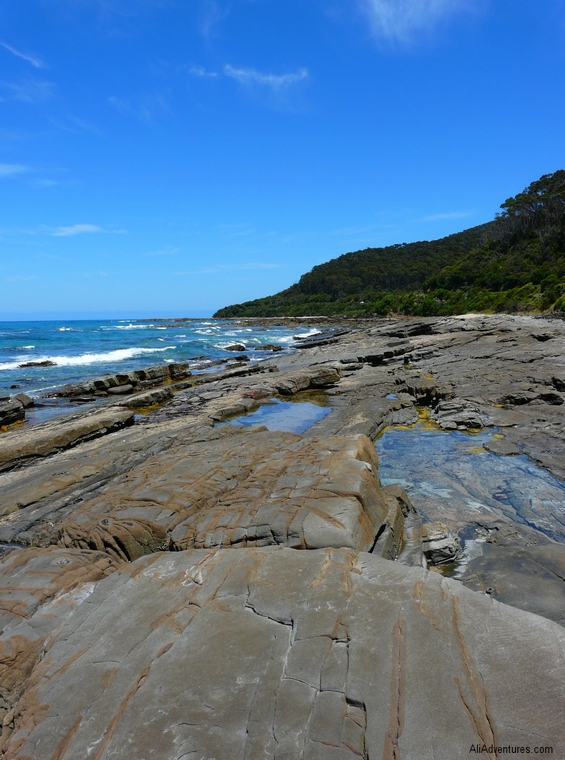 We also hiked a short way through some woods to see a waterfall, which was a nice break from the sun. And I’m a sucker for waterfalls. 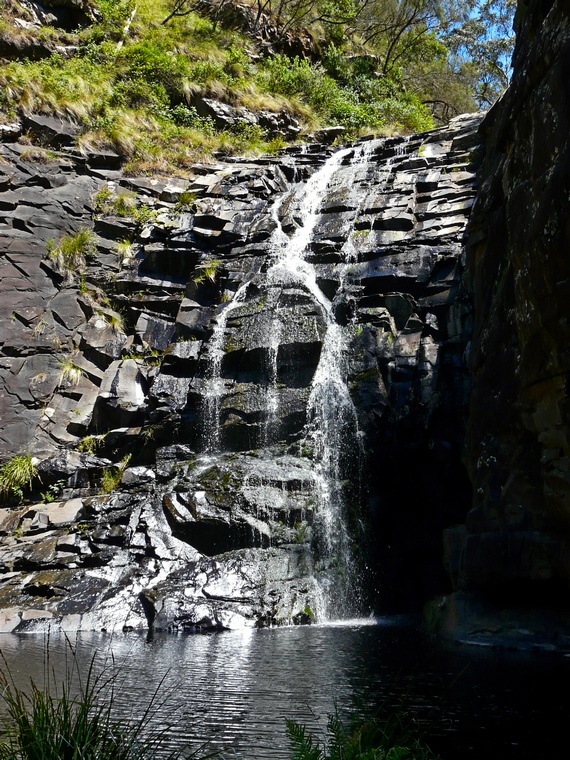 Late in the afternoon, we stopped to see koalas. I was especially excited about this because I didn’t get to see any on my first trip to Australia, though I did see kangaroos. 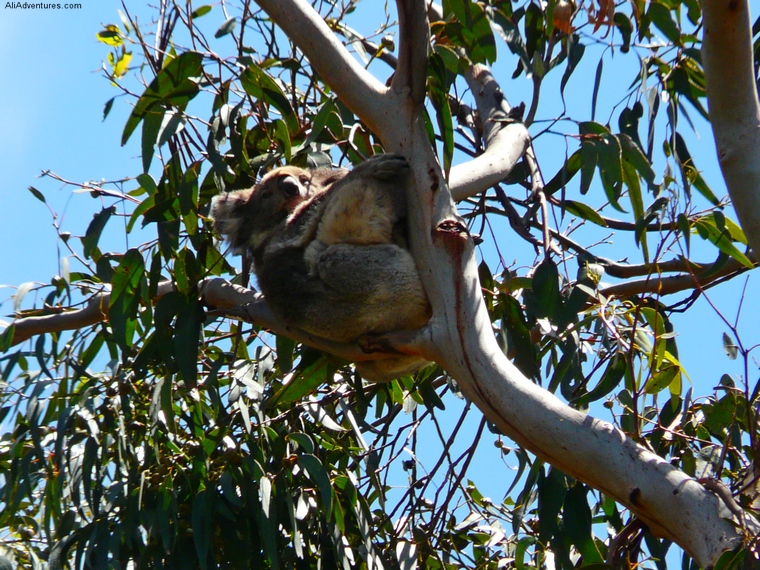 Walter also had bird seed to feed the parrots in the area. So we walked around and tried to find the koalas high up in the trees, and then went to feed the parrots. They landed on our outstretched arms so they could eat out of our hands. For some reason, one of the parrots landed on my head as well. It not only freaked me out a little, but its feet kind of hurt, so I did what I could to get it to fly away. But when it left, I realized it also crapped on my head. I was so grossed out – I had bird poo in my hair! I got some help wiping it out of my hair and cleaned off my hands with a couple hand sanitizer wipes, and then I just tried not to think about it for the remainder of the day. 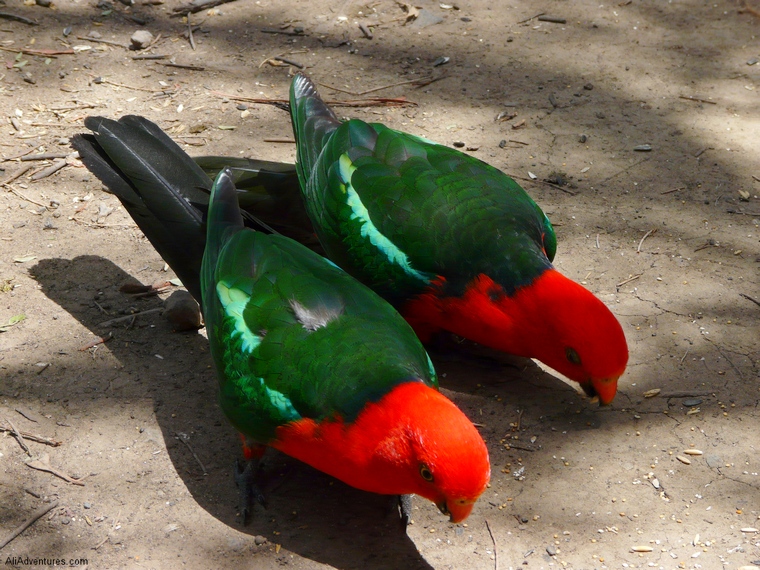 Luckily the day was almost over, and we were soon dropped off at our hostel in Apollo Bay. Understandably, I got first crack at the shower. I slept well that night after an exhausting but fun day, knowing the second day on the Great Ocean Road would only be more gorgeous than the first.