The Great Ocean Road in Photos

Day two of our Great Ocean Road tour was better than day one in several ways. The scenery got better and better, I took almost twice as many pictures, and no animals crapped on me. The Great Ocean Road, especially the section called the Twelve Apostles, was one of the most beautiful places I’ve ever seen. We were all blown away and left speechless. Even now, I feel like the only way for me to really tell you how amazing it was is to show you with photos. Words don’t do the Great Ocean Road justice.

Our morning began with another hike to a waterfall. This one was a little bigger, and the pool the waterfall landed in was large enough to swim in. I chose not to get in the near freezing (or so it felt) water but two others in the group did. 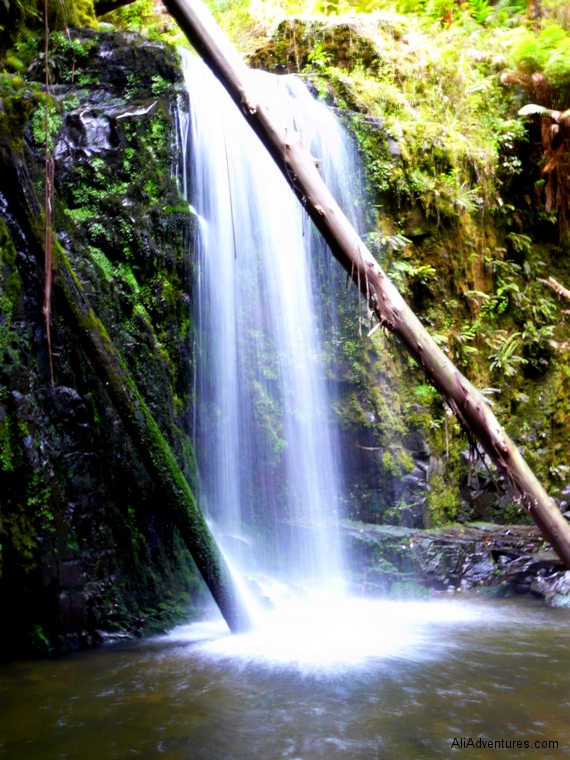 We also hiked through a forest with trees similar to the redwoods in California. You might not be able to tell from the picture, but these trees were enormous. 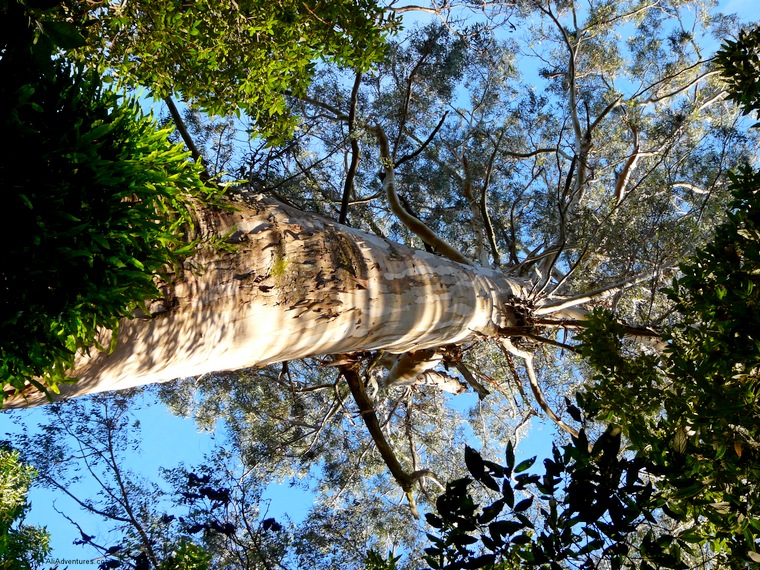 Then we finally got to the main event – the 12 Apostles. That’s the name for the huge rock formations sticking up from the water in this particular area. 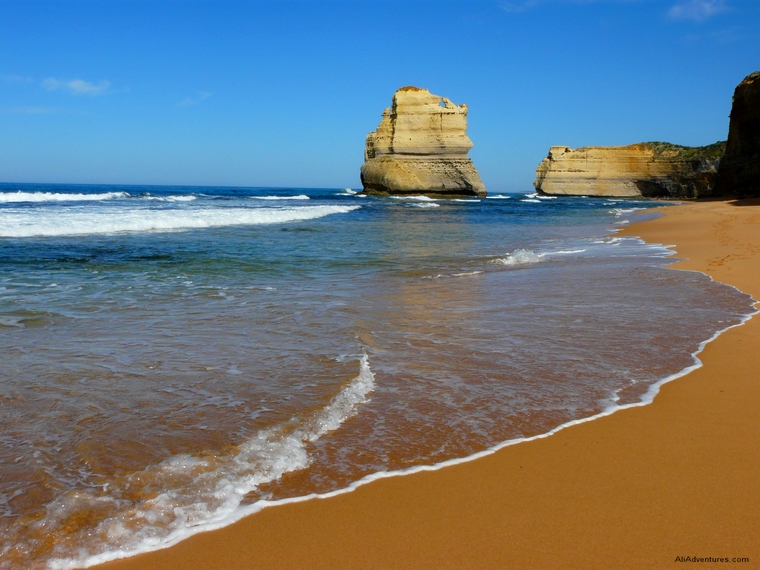 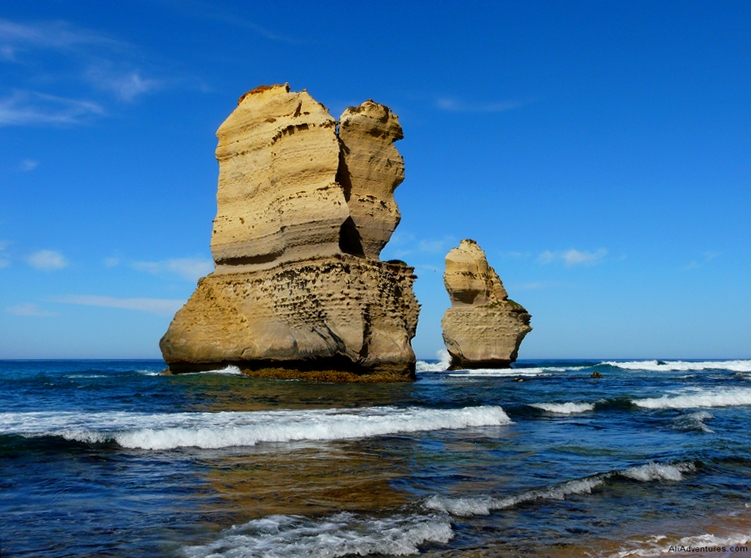 There aren’t actually 12 of them, and one collapsed in recent years, leaving eight. 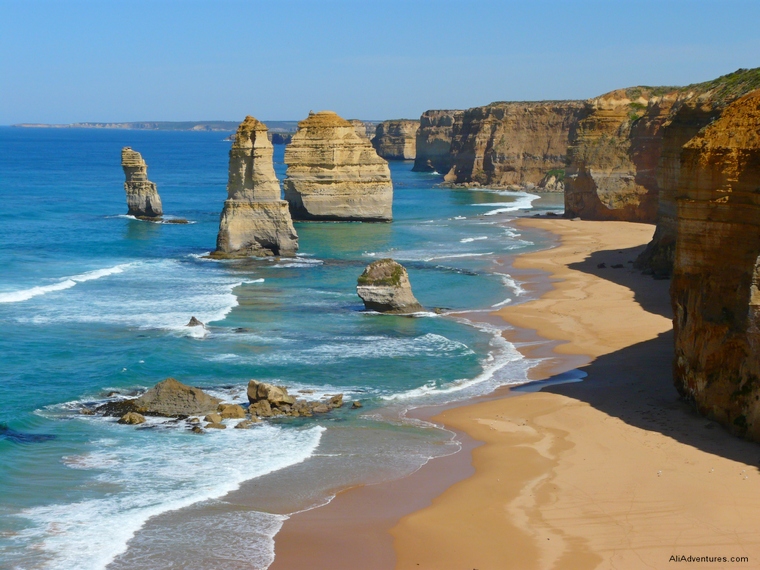 There are quite a few other other rock formations jutting out of the ocean, so we made lots of stops along the way for more photos. 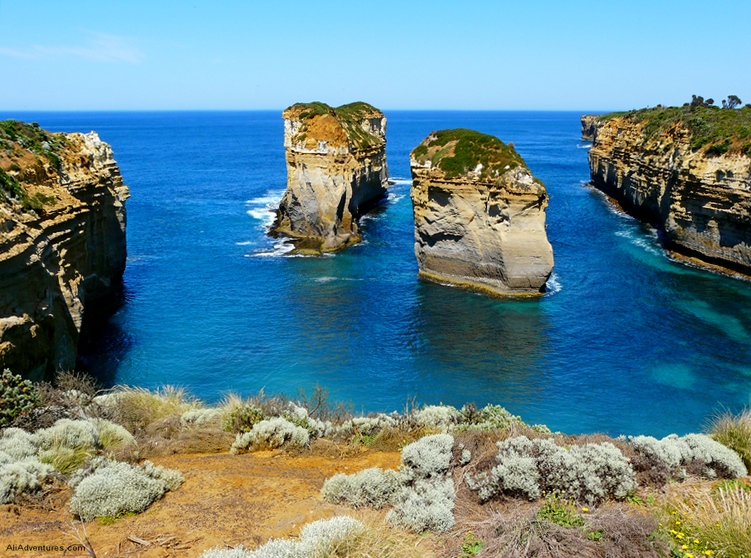 This was the most spectacular beach of the whole two days. If it weren’t for the lack of palm trees, I would’ve thought this was some remote tropical island. 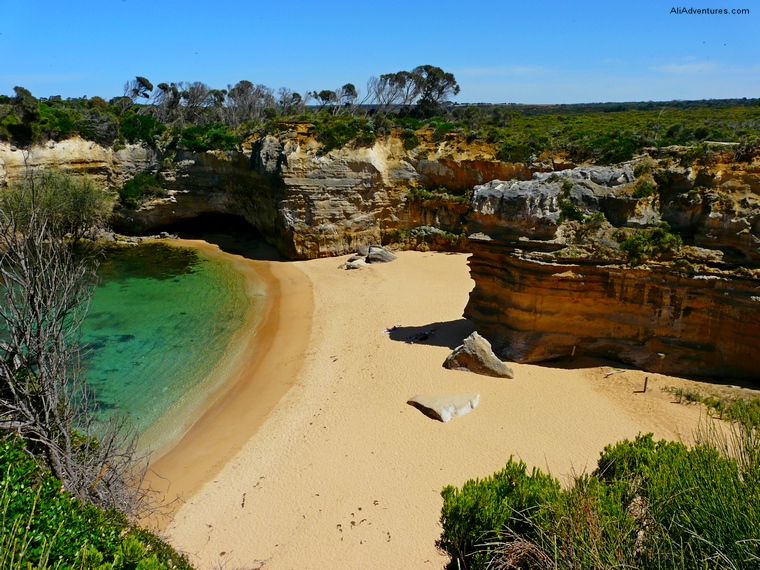 This is called London Bridge, and it used to be connected. But, according to our guide Walter and the posted sign, on January 15, 1990, the main arch cracked and fell into the ocean. No one was injured, but two people did get stuck out on the part not connected to the mainland. They were rescued by a helicopter hours later. 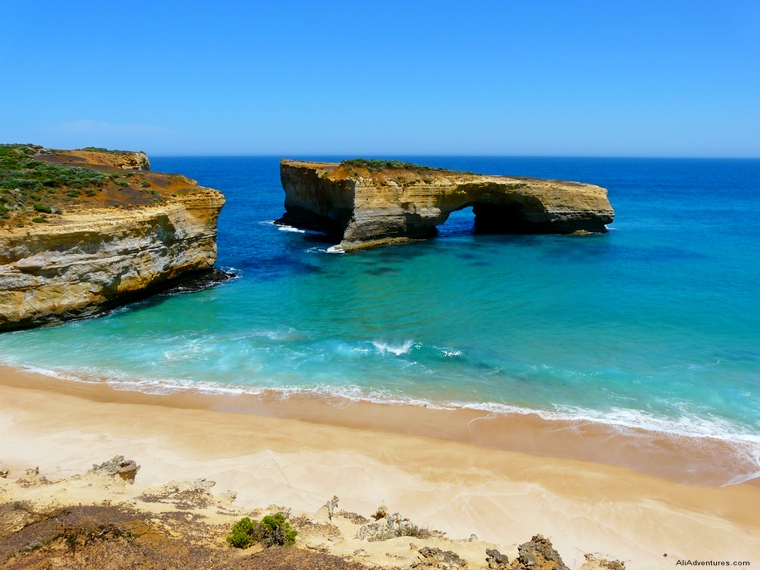 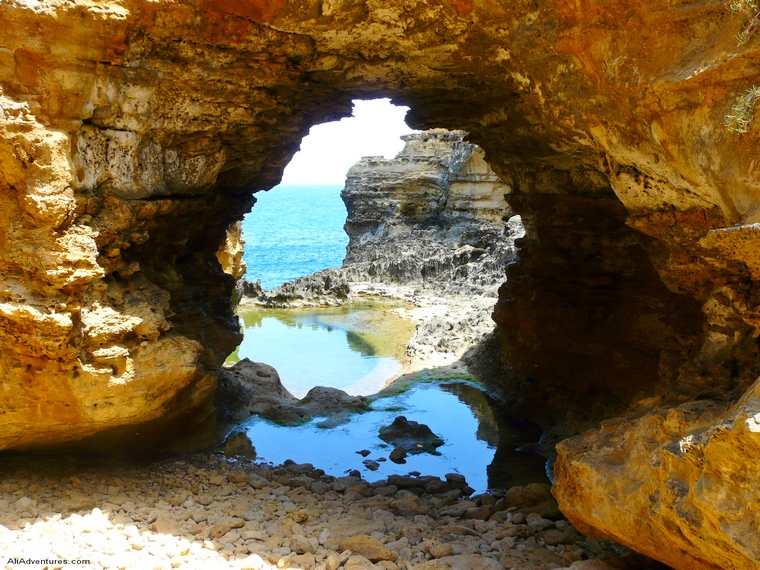 Late in the afternoon, Walter started driving us back to Melbourne on an inland road that went through some dairy farms. I was back at the hostel in St. Kilda by about 6:30 or 7:00. After talking with some people who did day trips and were completely exhausted from being rushed around all day, I’m glad I opted for a two day trip. My one regret was that I wasn’t able to see the sunset at the 12 Apostles. If I ever get the chance to go back to the Great Ocean Road, I will probably rent a car to have even more time and flexibility to explore.