Andorra is a tiny country sandwiched between Spain and France. It doesn’t offer a ton in the way of tourist attractions besides skiing in the winter and tax free shopping, but I wanted to go anyway. I love experiencing exotic cultures and seeing the non-touristy side of things, but sometimes I need to do some cheesy travel. And that includes occasional list-ticking. Last summer we went to Liechtenstein which turned out to be gorgeous, so why not go to another tiny European country this year?

Since there are no train stations (or airports) in Andorra, we took an early morning train from Carcassonne to Toulouse where we could pick up a bus. While looking for breakfast in the Toulouse train station, we came upon a fast food place called Quick. It was by far the cheapest option and offered the best choices, so we got in line and tried to sort out what we wanted to order. Why was this so complicated? Well, the meal deal on offer included a choice of: 1) coffee, tea, or hot chocolate; 2) orange juice or apple juice; 3) croissant, muffin, or brownie; 4) bacon egg bagel sandwich or brioche; 5) fruit cup or yoghurt. All for 5€! 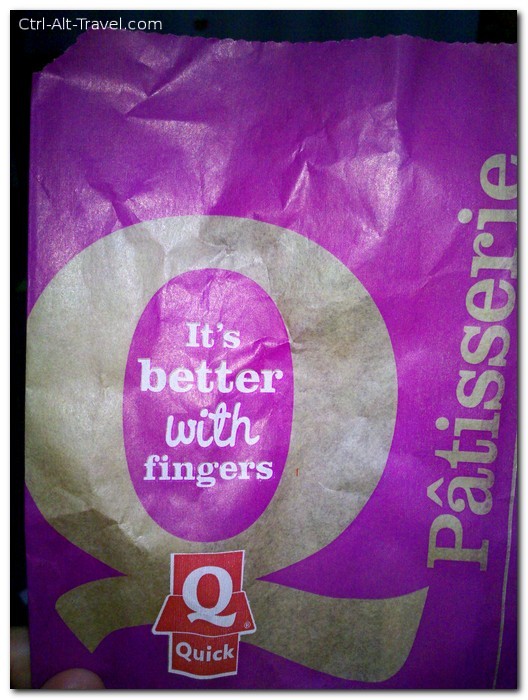 Not too many companies offer transportation from Toulouse to Andorra (more tourists go from Barcelona) so we booked our tickets ahead of time. But when we got to the bus, the driver told us he didn’t have any record of payment for us. The company we booked with contracts to the company that actually operates the vans, but they never passed our payment along to the van company. We had to pay for our tickets again and try to get a refund later from the original company. It worked, but it was a major hassle, and it was lucky I speak Spanish because the driver spoke no English.

Finding our way around Andorra 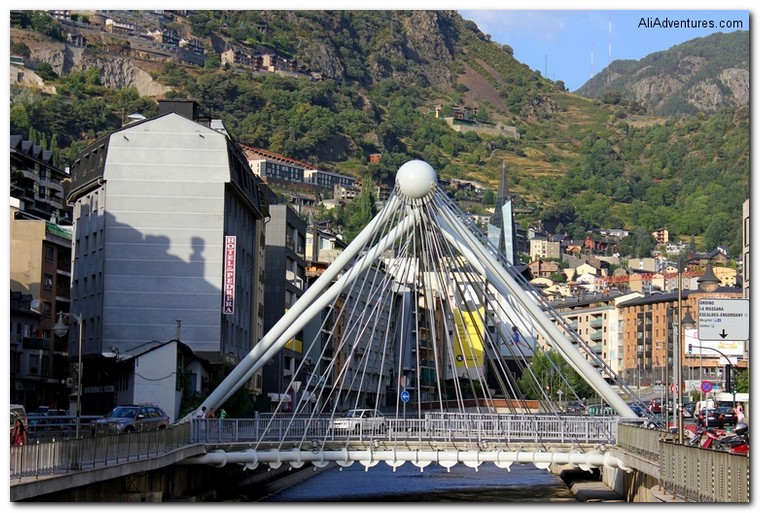 After a four and a half hour journey that should’ve taken three and a half due to a forest fire, we finally arrived in Andorra and searched for our hotel. It was run by two helpful and friendly women who gave us a map and suggested things to see in the area. One of their suggestions was a town called Ordino, so we got information about the buses from the tourist office and hopped on a bus. 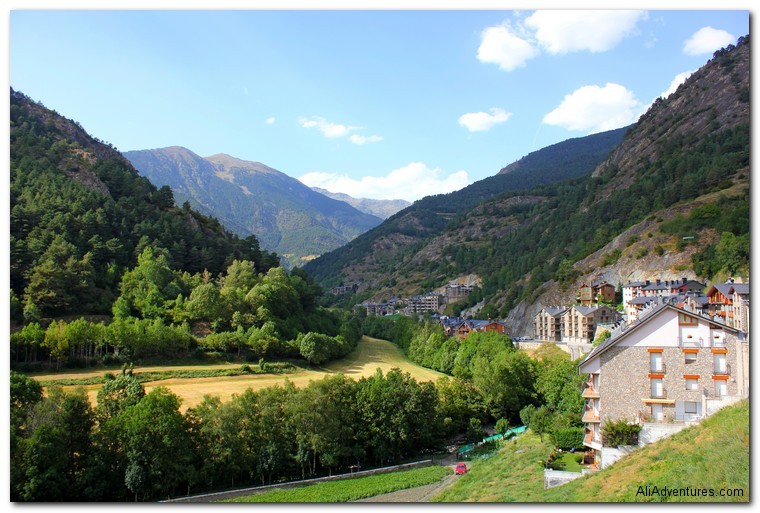 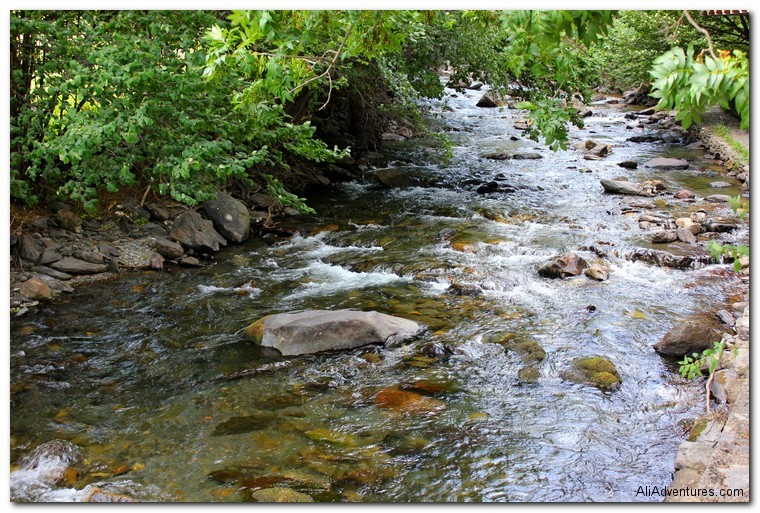 There wasn’t a lot to do, but the scenery was beautiful. We walked around for an hour or so taking pictures and just enjoying the mountains. On the way up on the bus, we saw a cable car, so that was our next stop. Luckily the bus driver was just as friendly as the women at our hotel, so he made sure we knew when to get off the bus to get to the cable car. Again, not much to do at the top of the mountain, but the views were amazing. 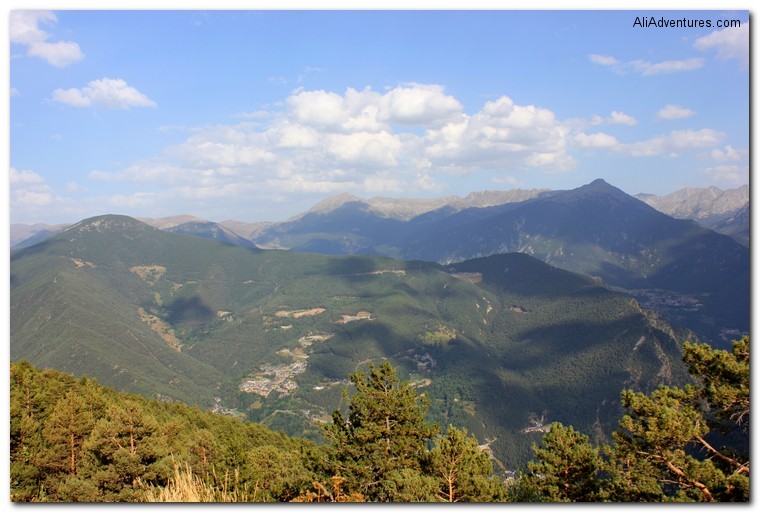 The next morning we walked back to the bus station, passing a pet store that had a chipmunk in a cage. Since we bought our tickets the day before from their ticket office, we were able to board the bus with no problems. The bus wound its way through the mountains of northern Spain until we finally arrived in Barcelona. 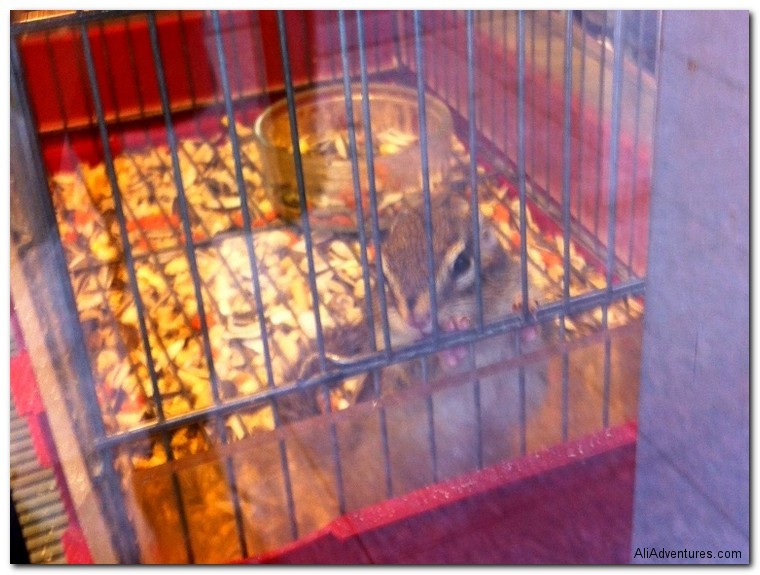 I had fun speaking Spanish (or accidentally half German, half Spanish because bits of German are taking over the foreign language section of my brain) in Andorra, although their official language is Catalan. This language is also spoken in Barcelona and the surrounding areas of Catalonia, but Andorra is the only country in the world that has Catalan as its official language. French and Spanish are widely spoken as well. It was interesting being in a place that had signs in three languages and not one was English. But don’t worry about the language if you go, plenty of people speak English too.

If you do visit Andorra, you’ll need to get a bus from either Barcelona or Toulouse. Unless there’s something big going on, you should be able to get a ticket within a few days or even the day you want to go. If you love to shop, ski, or explore nature, this is a great little country to visit.

Read about the 7 smallest countries in Europe!