This summer, Andy and I took a Viking River Cruise from Moscow to St Petersburg. We spent 12 nights on the ship, plus we booked extensions for two nights each in both Moscow before the cruise and St Petersburg after the cruise. While being on a fully organized extended tour like this isn’t exactly our way of traveling, it was a good experience and we got to see lots of cool places. I have so many pictures, I had to split this up into two posts, but here’s part one of what we did in Russia.

Our two day extension in Moscow included a guided tour of the metro system. At first I thought that sounded like a weird tour, but it turns out there are lots of really ornate metro stations. 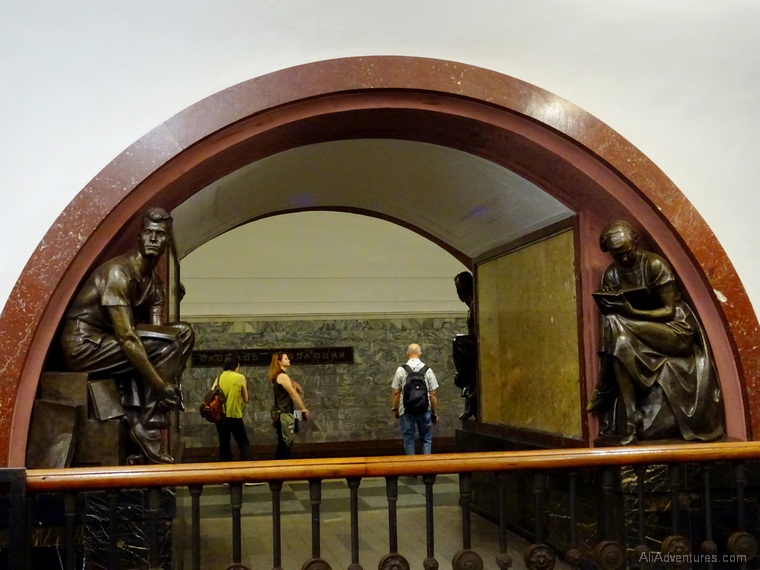 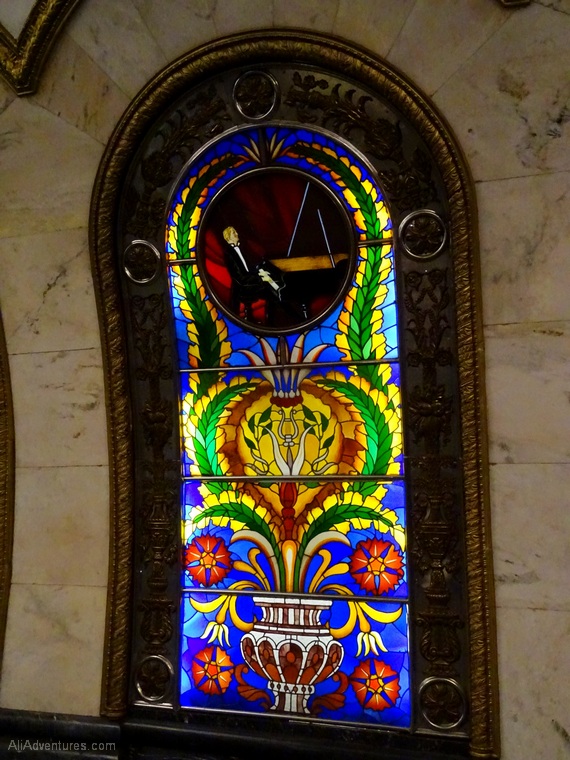 Afterwards Andy’s dad took us around to a few places he had researched ahead of time. We had a quick look at Red Square, went to see a giant statue of Peter the Great on an island in the middle of the river. Like super big, one of the biggest statues in the world. 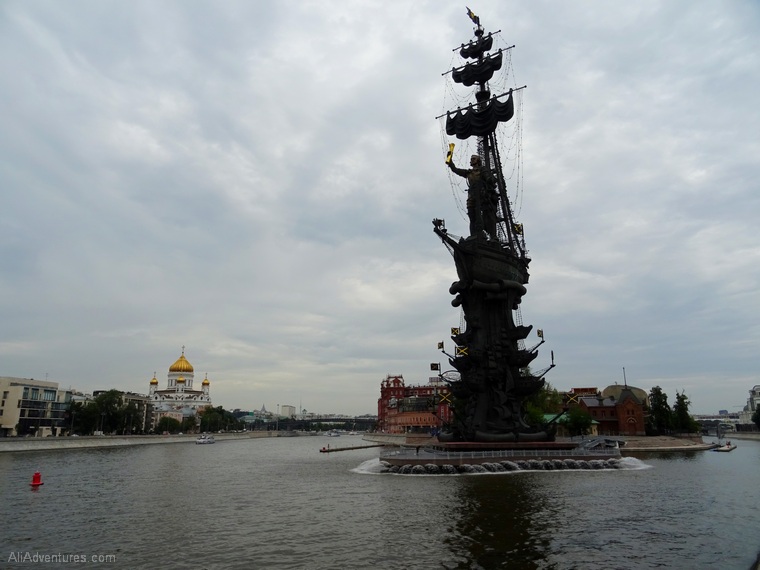 Then we wandered through the nearby was a park where there are tons of statues, including entire sections with multiple Lenin or Stalin busts and statues. 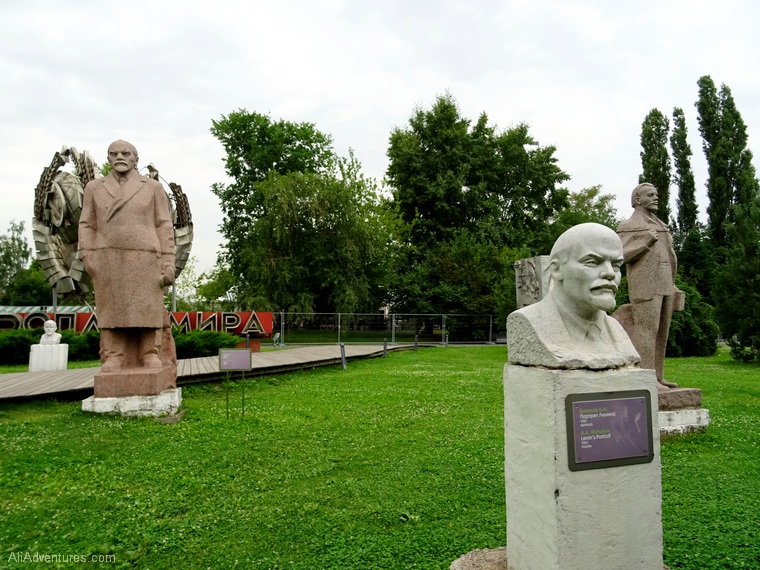 On our last day before getting on the boat, the four of us went on a food tour. This was something we booked independently of the river cruise, and it was well worth it.

We ate pelmeni (Russian dumplings) with sour cream, borshch, (a beet soup), some kind of mayonnaise-based salad that I didn’t like, and our choice of either kasha, which is like milk rice, or blini, which are like crepes.

At the end, we cut things short so we could get back to the hotel for our transport to the ship, so we got piroshky (pastries with fillings) to go. I had already eaten my fill of things I shouldn’t eat by then, so I skipped it.

If you’re in Moscow, I highly recommend the Eat Is Moscow Traditional Russian Cuisine Tour. It was the perfect introduction to Russian cuisine. 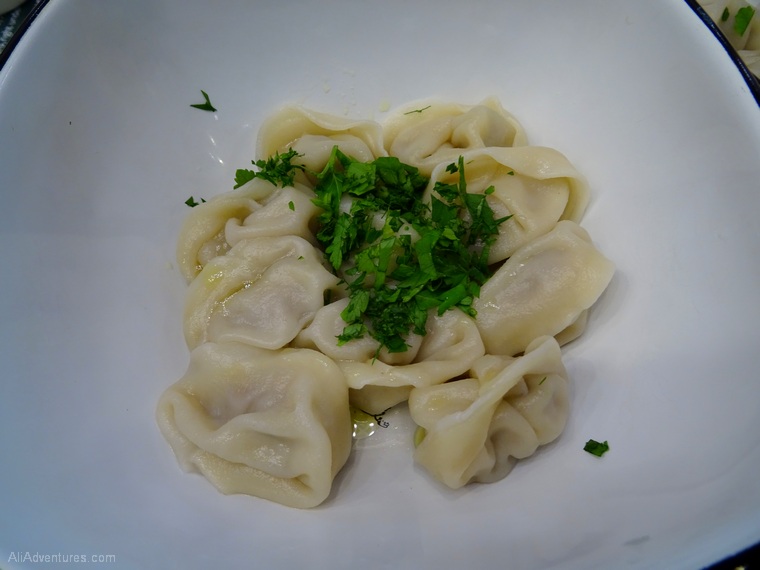 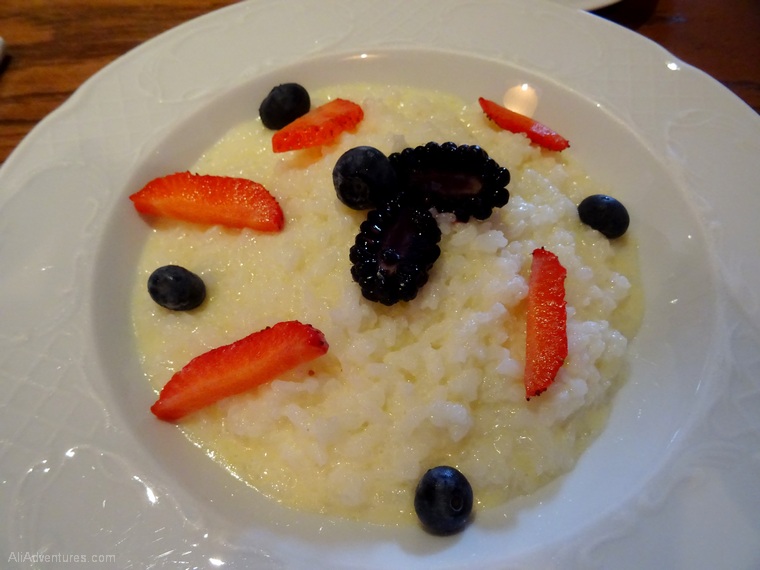 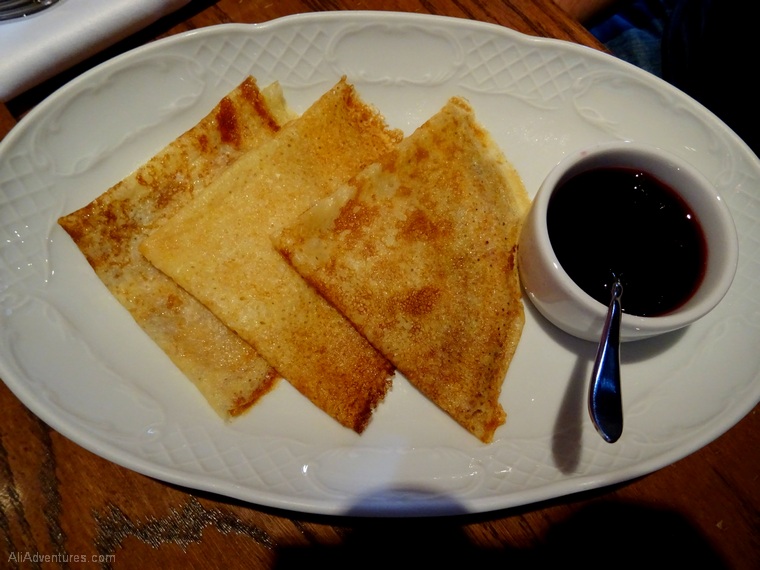 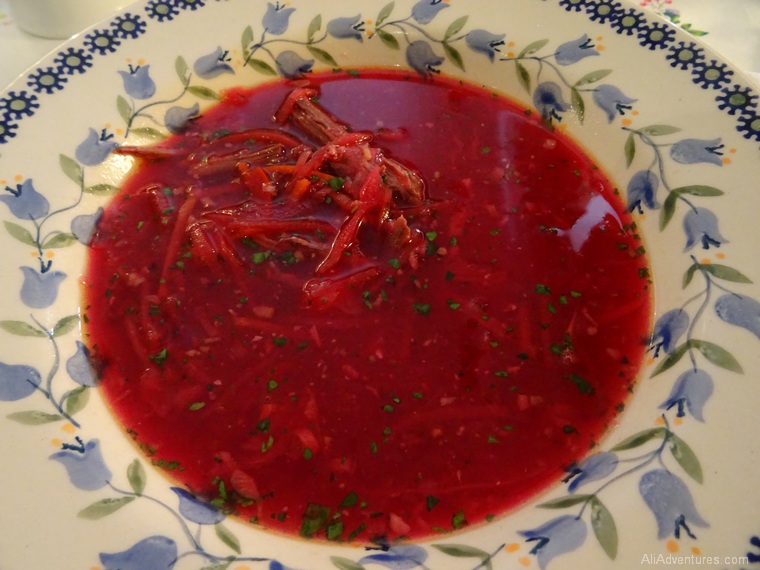 Once we were on the ship, the first excursion was Viking’s Moscow city tour, but it included a lot of things we did/saw on our own. Andy and I skipped it and went exploring on our own, but Andy’s parents went and had a good time.

We didn’t do a ton, but we went to a flea market called Izmailovo Market that sounded quirky and interesting and mostly sold souvenirs. Then we went back to Red Square for a few more pictures and ran into Andy’s parents’ tour group. 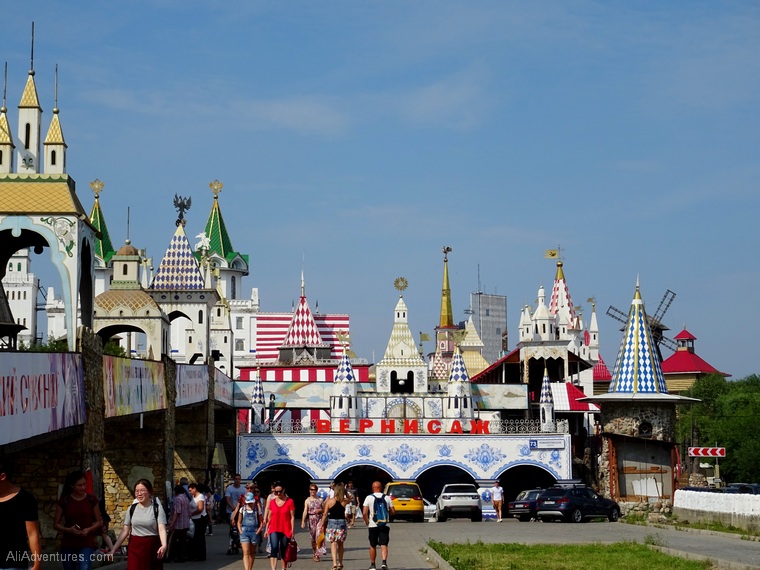 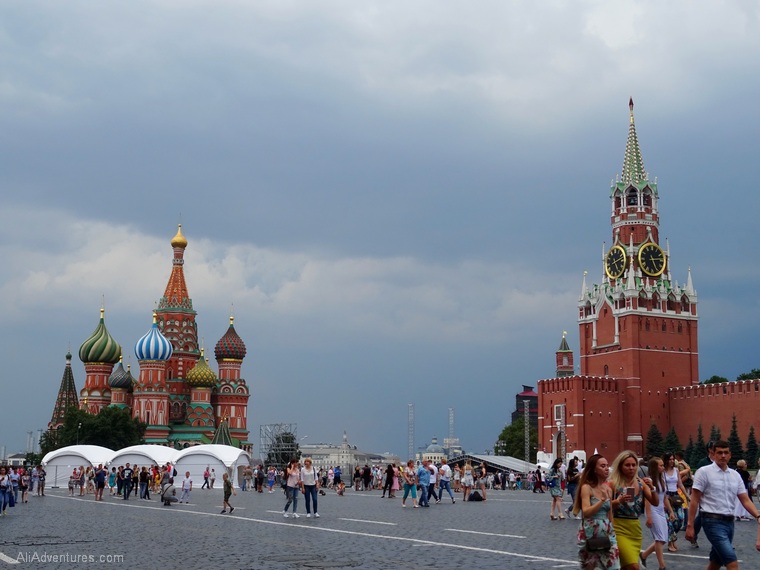 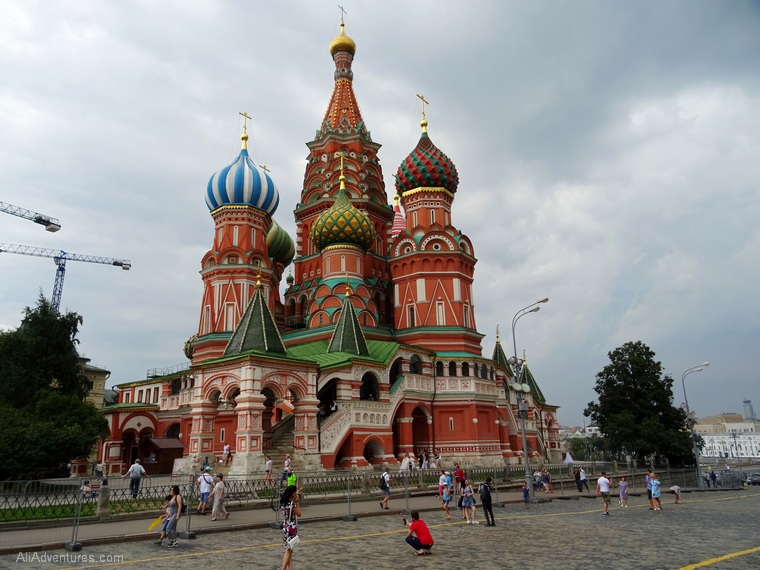 That night Andy and I went on a Moscow by night optional excursion. The first stop was Red Square, again, but seeing it at dusk was really pretty (though still super crowded).

Next we hopped on a scenic boat ride that passed several points of interest, including that giant Peter the Great statue. Our guide said it wasn’t originally built to be Peter the Great, that it was supposed to be Christopher Columbus. But the artist couldn’t find an American buyer and the statue became Peter the Great. According to Wikipedia, the artist denies this story. At 322 feet tall, it really is a ridiculously tall structure. 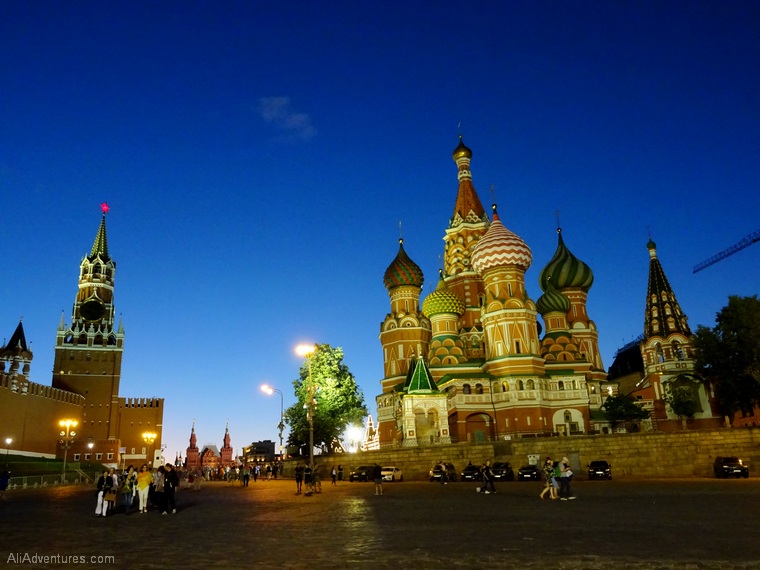 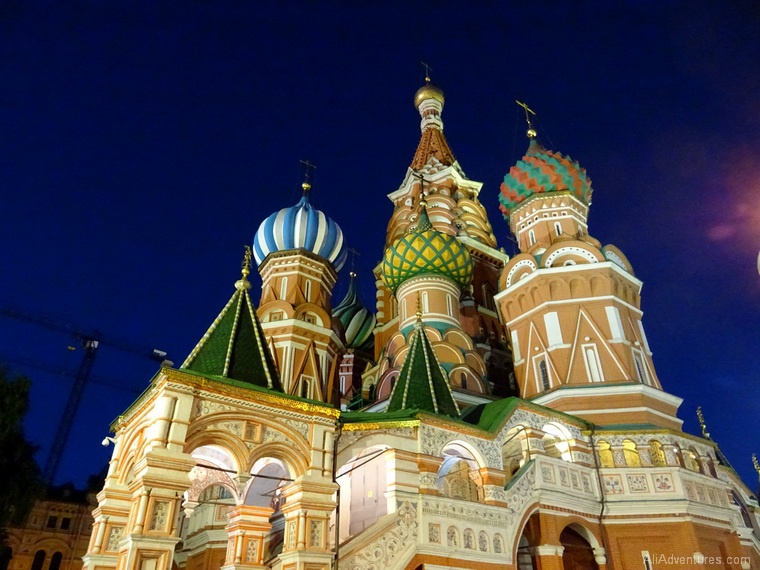 The following day was an excursion to the Kremlin, but the four of us went for the paid extra that took you into the armory museum. The display cases showed Faberge eggs, old carriages, and fancy clothing worn by royals. Apparently the royal women who wore those dresses could barely breathe because they were strapped in so tightly, giving them 19 inch waists. Yikes. (Photos were not allowed inside.)

We also explored the grounds of the Kremlin, including a few churches, a giant cracked bell, and a cannon. 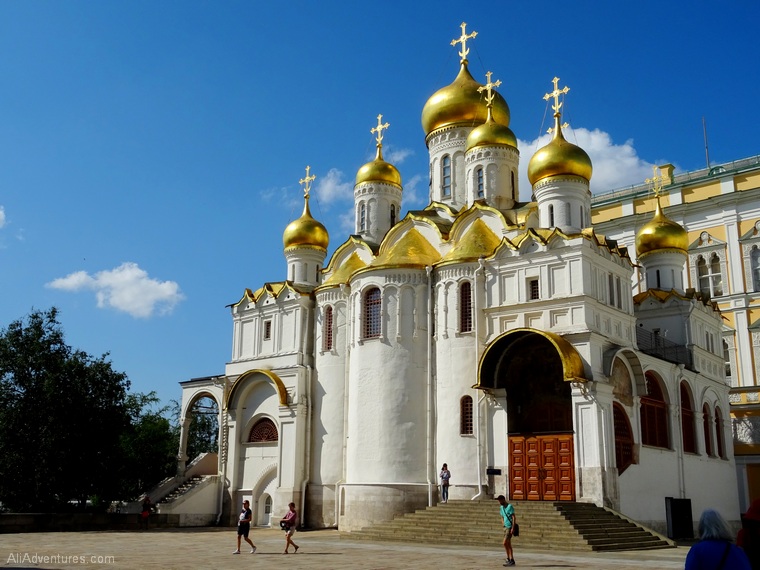 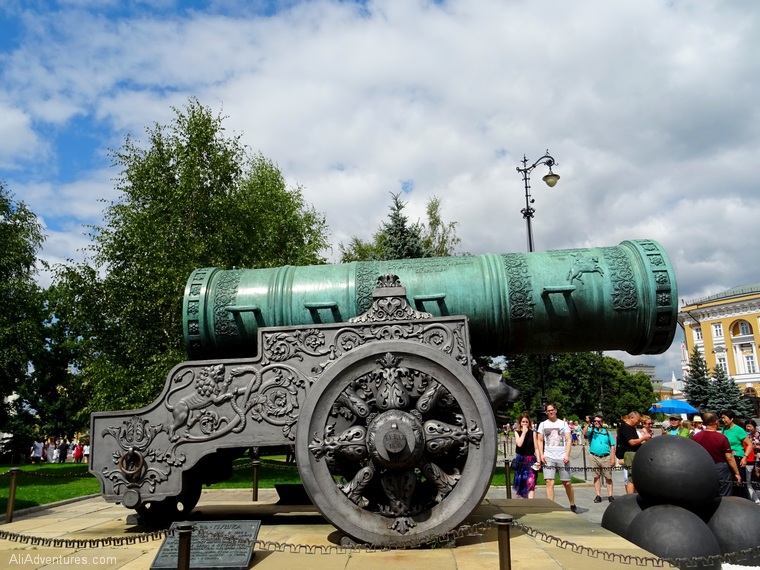 After several days in Moscow, our ship departed and sailed to a town called Uglich. Our walking tour took us to a section of town with several churches. They were pretty, but I get burnt out on churches so easily that this part wasn’t so interesting to me. 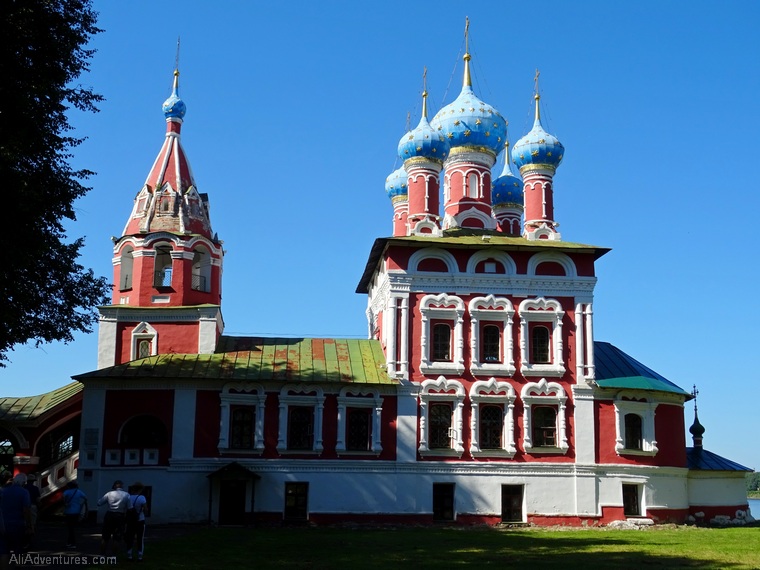 But after the walking tour, we split into even smaller groups and were brought to the homes of locals. Our guide translated our host’s questions while we ate food she had prepared for us: tomatoes, pickles, potatoes, bread, cake, tea, and homemade liquor. I LOVED those pickles! They were real fermented pickles, and no one was eating more than a few bites of anything, so I pretty much ate two or three big plates of pickles all to myself.

The home visit turned out to be one of my favorite things on the cruise. It was so interesting to have this experience, and a fantastic addition to the typical touristy activities. 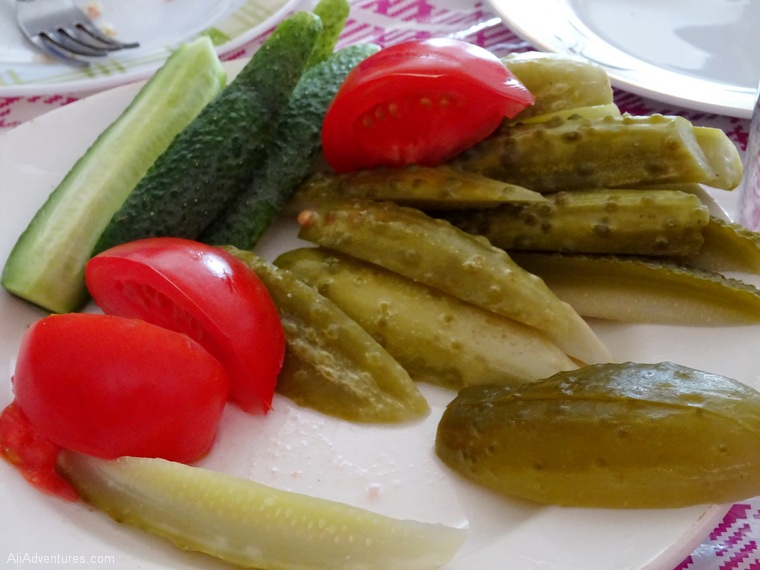 The next town on our itinerary was Yaroslavl, which was a pretty big city. Andy and I needed some time away from the group, so we decided to explore the city on our own. We went to both the indoor market, where we bought an assortment of chocolates, and the outdoor market, that had mostly clothing and shoes. Beyond that, we just wandered and enjoyed the scenery. 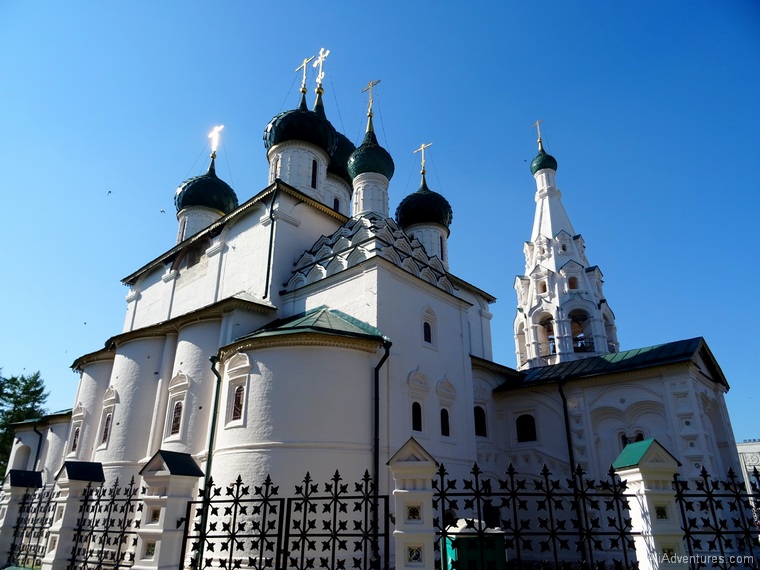 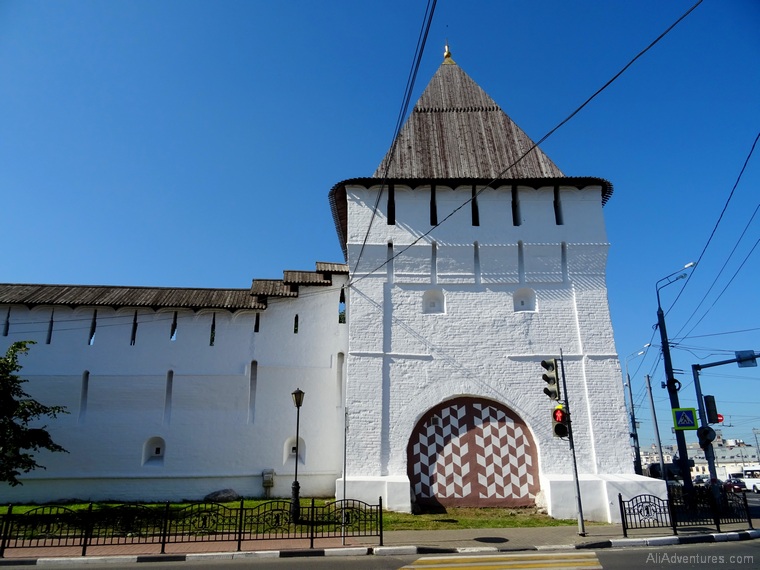 Our next stop was a small town called Kuzino, but Andy and I didn’t get off the boat. The excursion was a visit to a monastery and a visit to a local school. The monastery didn’t appeal to us (see earlier comment about too many churches), and somehow the school visit, at a time of year when children aren’t in school, felt awkward. Andy’s parents really enjoyed this excursion though, so maybe my hesitation was unfounded.

Due to logistics, the ship dropped everyone off at one location and picked them up a few hours later at another location, so it really wasn’t possible for us to get out and explore on our own. But we got to enjoy a quiet ship with almost no other passengers while the crew was having a big group photo taken.

>>Read my full review on Travel Made Simple: What’s It Like to Take a Russia River Cruise?

Stay tuned for part 2 of Scenes From a Russia River Cruise, including St Petersburg and more info about the ship!