Andy and I continue to explore different cuisines in Berlin with the Berlin International Restaurant Project. This time I’m telling you about our experiences with an Irish pub, a Dutch burger place, and a Japanese restaurant that isn’t sushi.

I’ll be honest, I have no idea if a random Irish pub in Berlin offers super authentic Irish food. But when the beer garden meetup group we’re in said they were going to Murphy’s Irish Pub a few days before St. Patrick’s Day, we decided to check it out.

I ordered an Irish stew made with Guinness braised beef, and Andy ordered a baked potato stuffed with turkey, bacon, and cheese. And of course, I got an Irish cider, and Andy got an Irish beer that was not a Guinness. It was decent food, but nothing too impressive. But if you’re in the mood for an Irish pub atmosphere, this isn’t a bad choice. 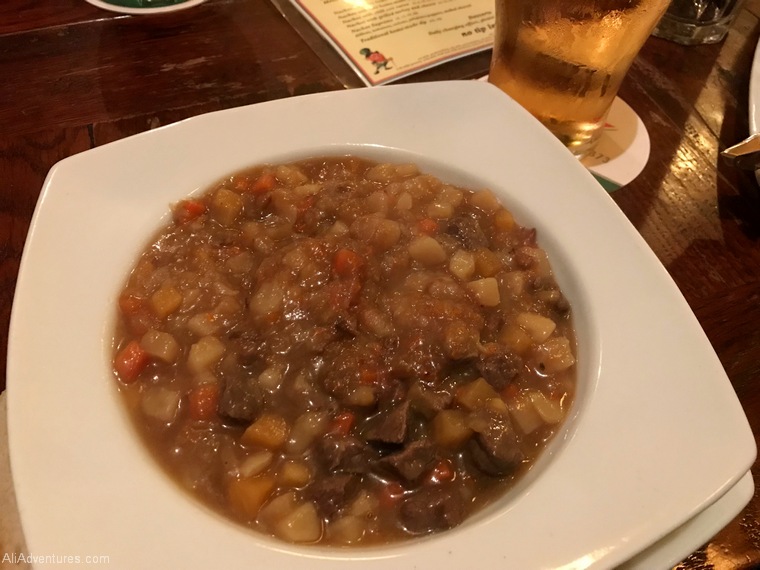 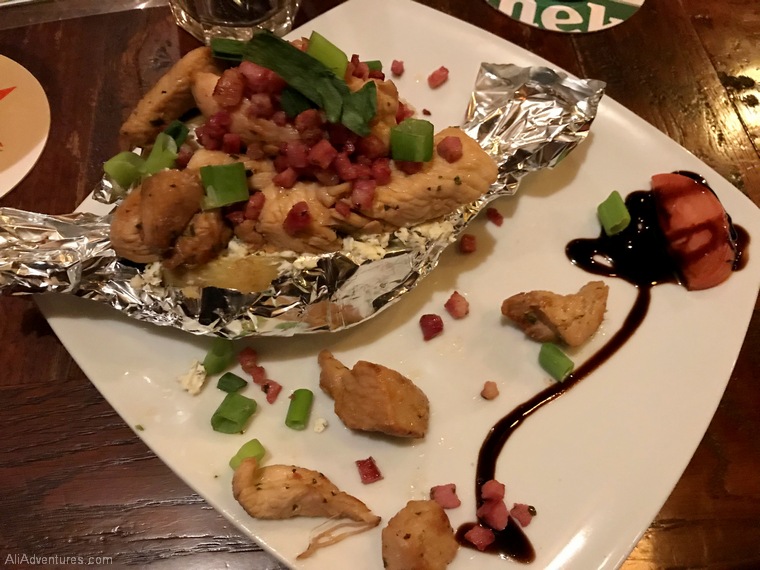 Berlin has a lot of burger places. A LOT. But there are a lot of crappy ones. Rembrandt Burger is just a few blocks from where we live, and since they loosely claim to serve Dutch food, I decided it could represent the Netherlands for the Berlin International Restaurant Project.

Since burgers aren’t so specific to the Netherlands, we started with their Dutch snack mix. This included bitter balls, frikandel, and cheese souflé. The bitter balls were pretty good, but I wasn’t crazy about the sausage (frikandel). I left the cheese up to Andy since that’s more his thing, and he liked it. 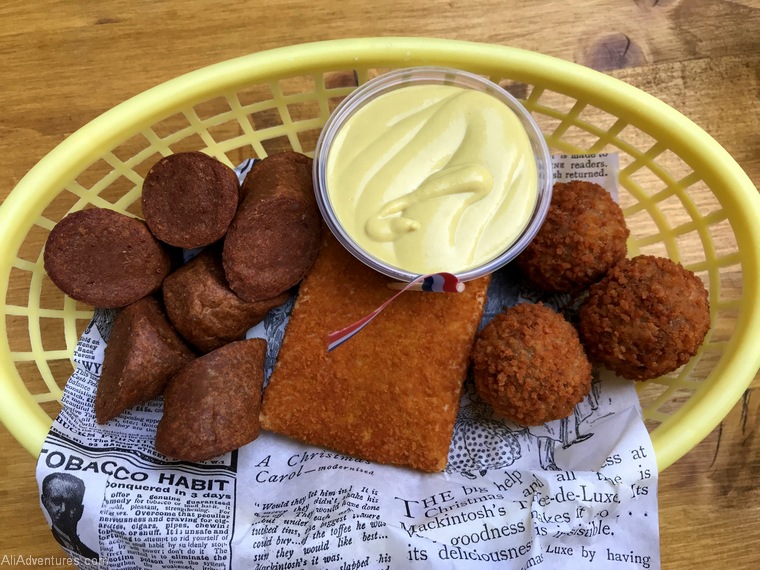 Rembrandt Burger is now one of our favorite burger places. They serve a mini burger, which is great since the normal ones are a bit too big. They also have two different bun choices, or you can order without the bun. I mean, I can ask for no bun anywhere, but it’s nice to see it on the menu because it means they understand and don’t look at me like I have two heads when I ask for no bun. Burgers also come with fries, but we usually just get one order, which gives us a tiny discount and means we won’t stuff ourselves silly. 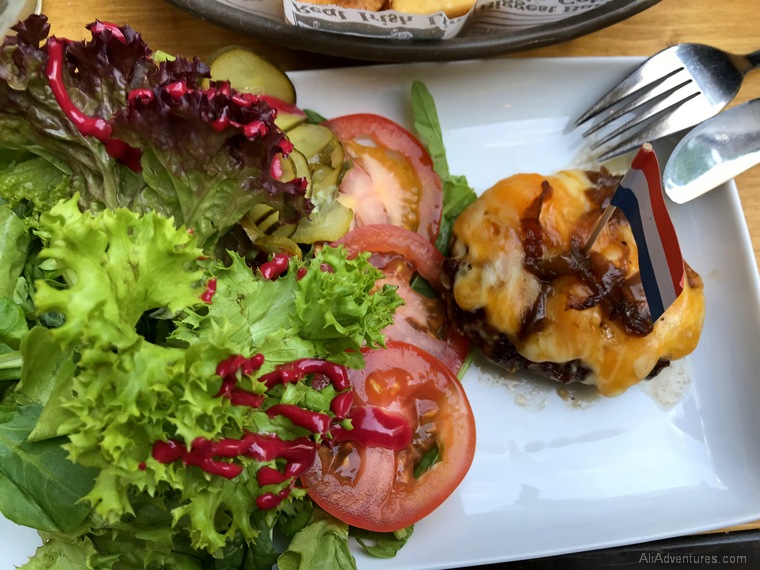 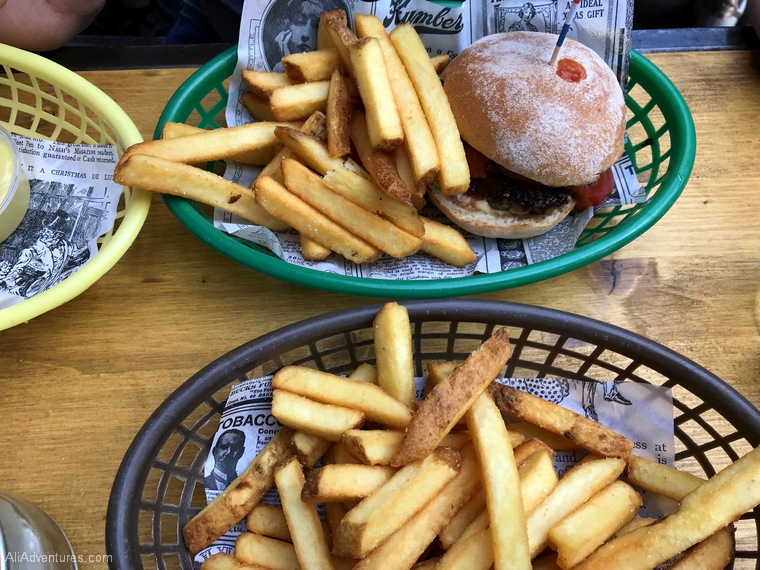 Andy and I do not like sushi. I know it’s an extremely popular type of food, but neither of us can handle the raw stuff…and we have tried. We already have a favorite non-sushi Japanese restaurant in Berlin, called Kyo Grill, and since one of the few rules I have with this project is that it has to be a restaurant I’ve never eaten at before, I had to find something else. Luckily Iro Berlin opened up a few months ago in one of the neighborhoods near us.

Iro Berlin serves lots of tapas style dishes, so we were able to order several things. Tempura shrimp and vegetables. Dumplings. Barbecue pork. Breaded potato things. Some kind of weird rice ball thing with meat in it. Everything was really tasty, the staff were really friendly, and even though we haven’t been back there yet, we would definitely try them again. 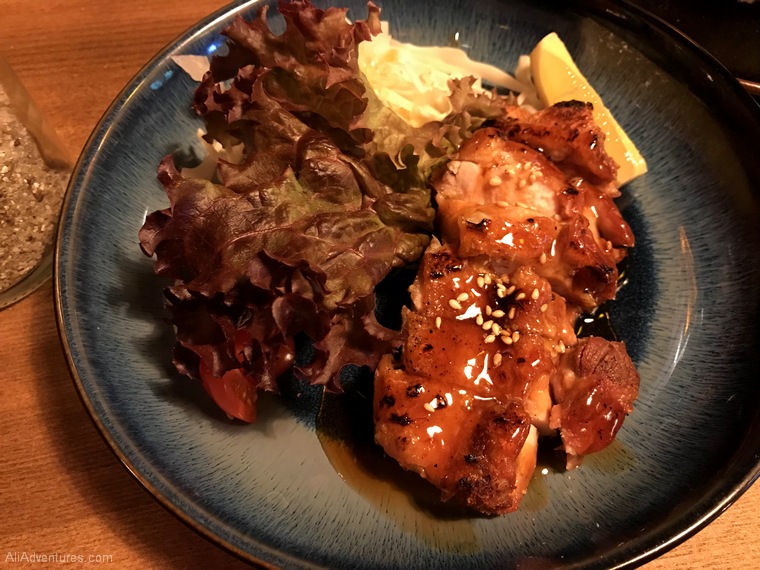 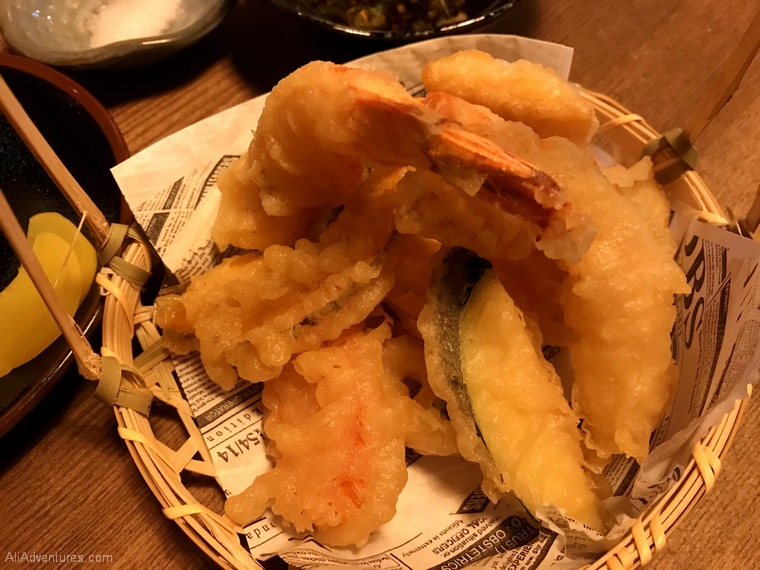 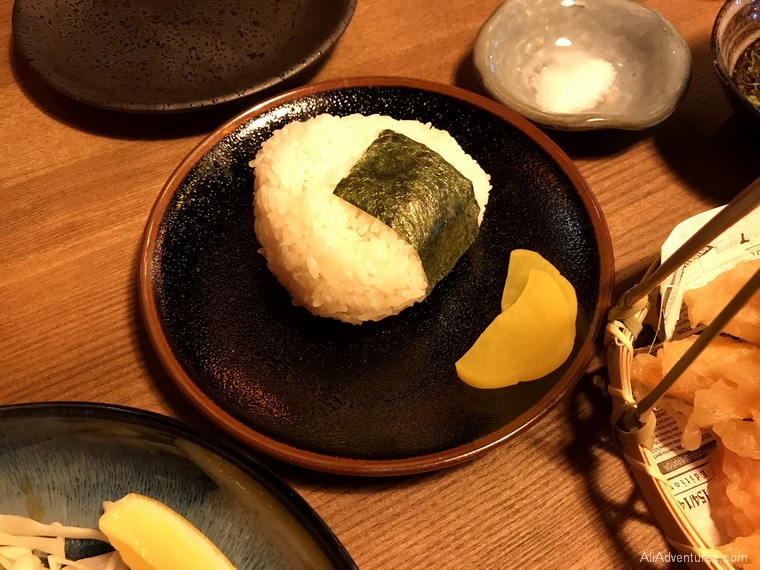 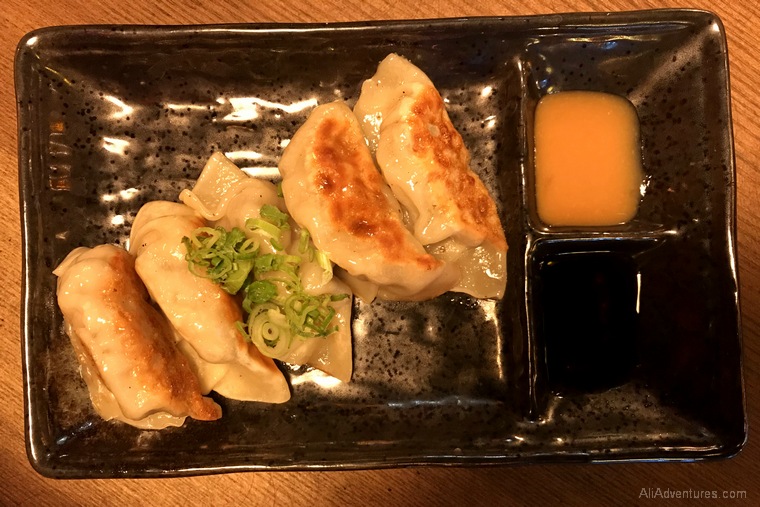 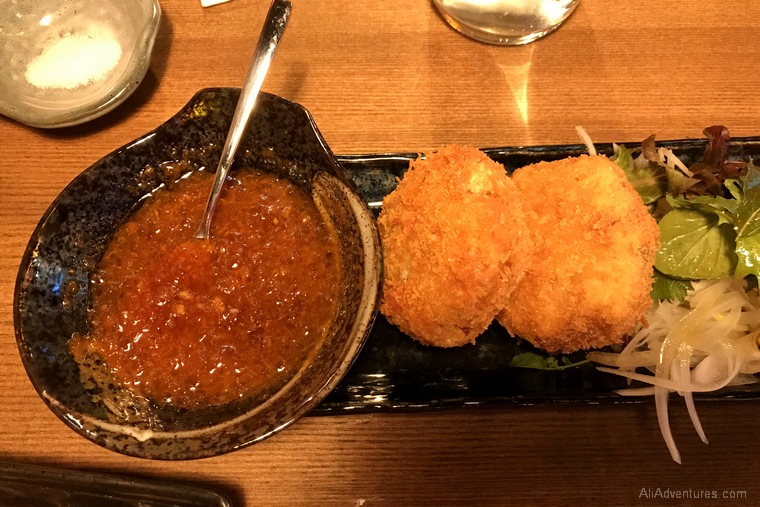