Aside from the colorful thermal pools, the other thing Andy and I wanted to see in Rotorua was Rainbow Springs, a wildlife park and kiwi sanctuary. While there are many other animals and plants to see at Rainbow Springs, the main attraction is the kiwis. Kiwis are endangered birds native to New Zealand, and the sanctuary is determined to protect them and keep them from going extinct.

Rainbow Springs offers tours of the kiwi sanctuary area, so we signed up as soon as we got to the park. However, we had some time before the next tour started, so we walked around the wildlife area to see what else was there. Not unique to New Zealand, but the first thing we saw when we walked outside was a big pond filled with fish, ducks and swans. 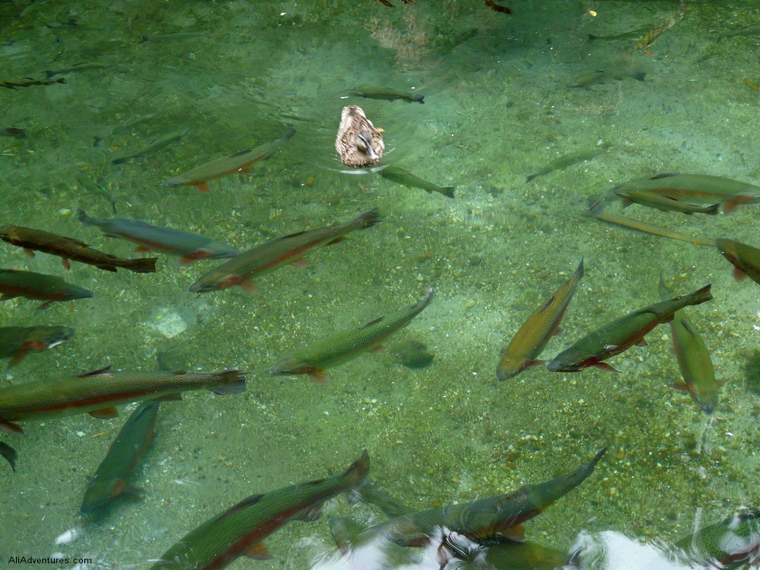 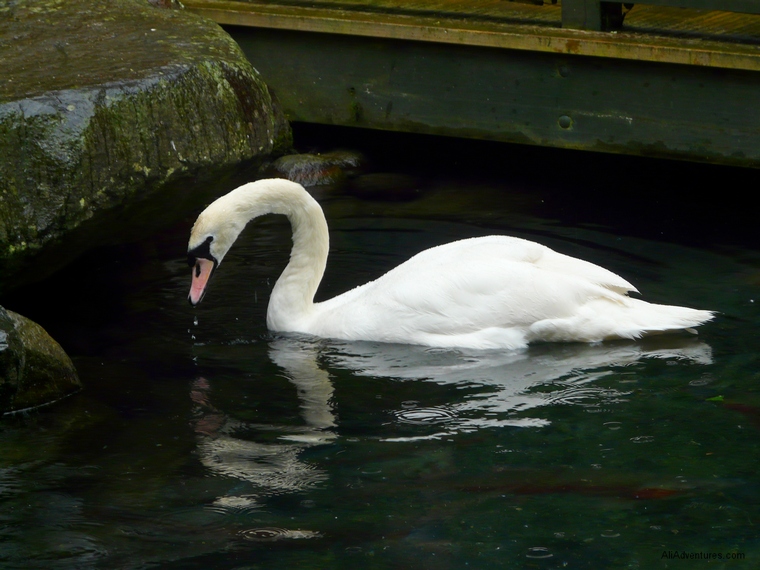 We also got to see the famous silver fern, a symbol of the country.

Big cages with colorful birds were scattered throughout the park, as well as reptiles, more fish, and a pool that contained an eel. 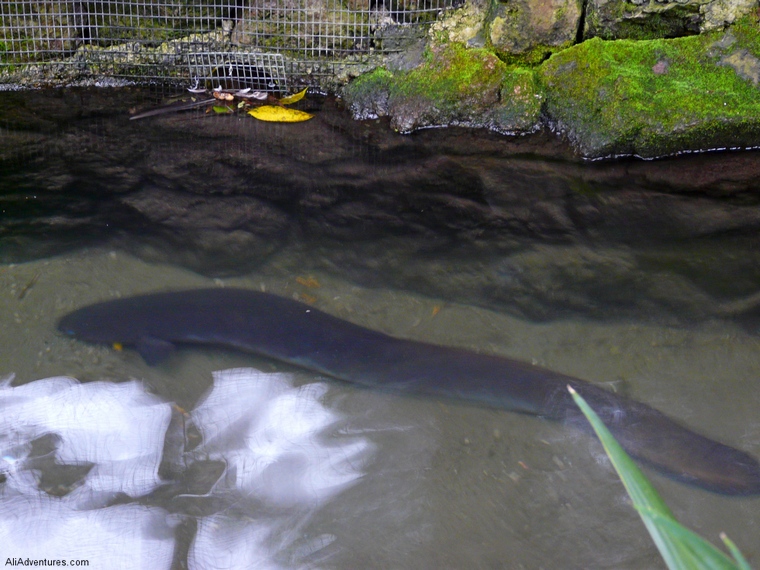 Finally it was time for the kiwi tour! One of the first things our guide told us was that we weren’t allowed to take pictures of the kiwis. We were disappointed, but she explained that when photos were allowed without flash, someone had their camera on the wrong setting and accidentally took a picture with flash. Kiwis are nocturnal, and the flash is so startling to them that the birds were traumatized and didn’t eat for days. They didn’t want to risk having that happen again, so now the rule is no pictures at all.

They were really hard to see in the darkened room, but we did find two out of three of them. There is a small museum set up with information and replicas of the kiwi birds, so at least we could get some pictures of those. 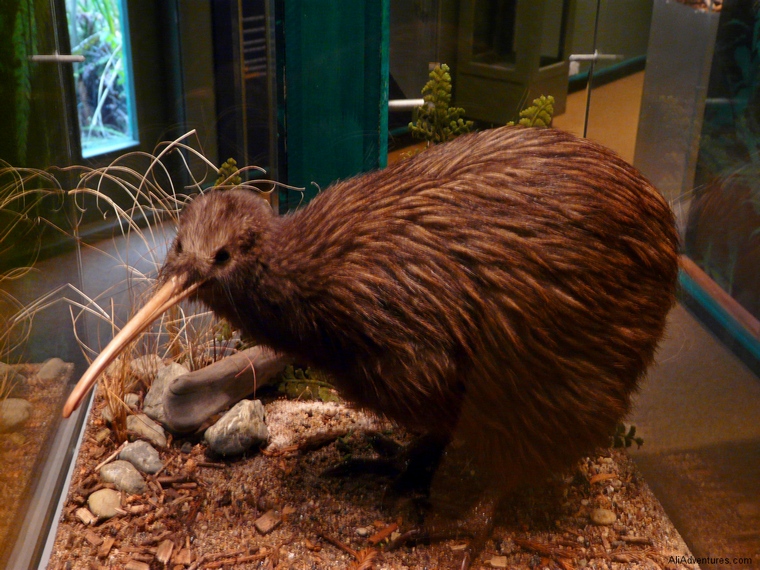 Kiwis are very interesting animals. Even though they’re birds, they actually share many major characteristics with mammals. They have marrow-filled bones and powerful feet and legs like mammals, whereas most birds have air-filled bones and light, delicate feet and legs. They have the same body temperature as mammals, two degrees Celsius lower than that of most birds. Check out this poster for a full list. 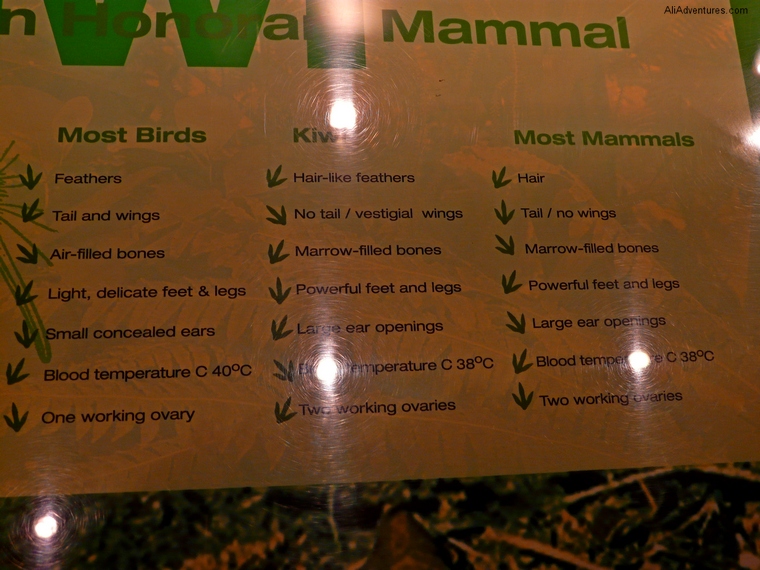 Kiwis lay really large eggs. In fact, the size of the egg compared to the size of the bird would be equivalent to a human giving birth to a four year old. The pregnant woman in our group visibly winced when our guide told us that fun fact. They typically lay two eggs, one about 15 days after the other. Then the males sit with the eggs for the majority of each day until they hatch. 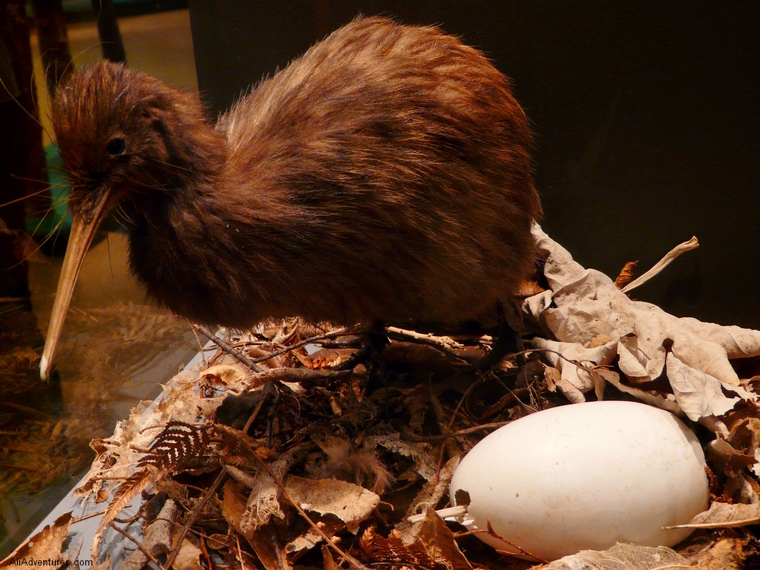 The only mammals native to New Zealand are a species of bats, but when Europeans came they brought various animals with them, such as stoats and weasels. Apparently these animals found the kiwis to be tasty meals, and since the kiwis weren’t used to having predators, their population quickly dwindled. Now, left in the wild, a newborn kiwi has only a 5% chance of survival. 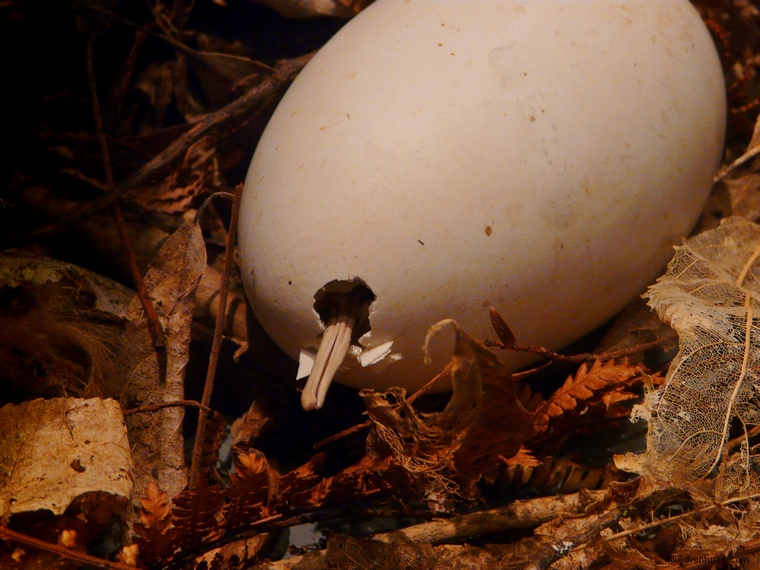 In order to increase the survival rate, Rainbow Springs came up with a plan. They rescue the eggs and bring them to the sanctuary to hatch. Then they raise the kiwis until they are about six months old when they can be released into the wild. At that point their survival rate is around 60%. The males are fitted with a small tracking device on their legs since they are the ones who guard the eggs. When a male stops moving around, Rainbow Springs knows the bird is guarding eggs, so they wait until he leaves for a few hours to get food, and that’s when they take the eggs. 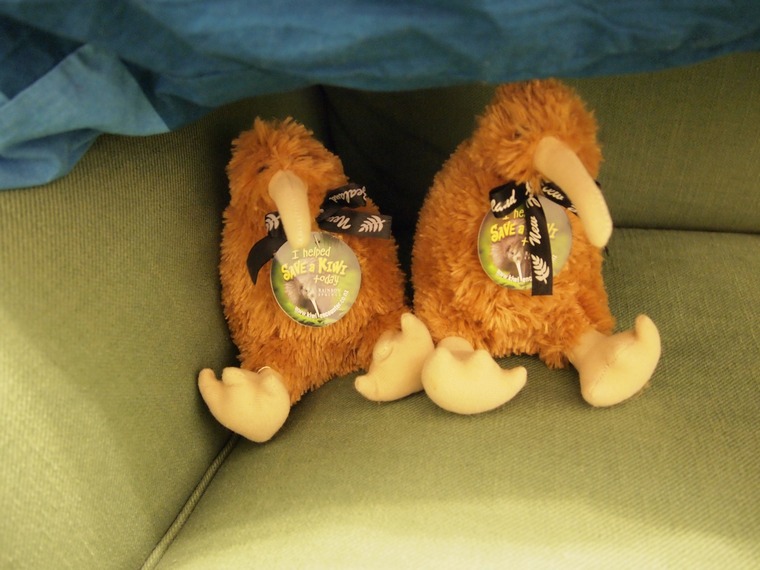 The cost of the tour is in addition to Rainbow Spring’s entry fee, but it goes towards saving the kiwis so we were happy to pay it. And even though we didn’t get to take any pictures of the kiwis, we did buy a few to bring a few home with us, and part of the cost also went towards saving the kiwis. (Thanks to Andy for letting me borrow this picture.)