My Experience with Food in Penang

I’m not sure Malaysia really stood a chance in the food category after we found such tasty food in Ao Nang, Thailand. But still we were curious to try some of the local dishes. We also heard that Penang was well known for food, and night markets were scattered all around George Town. I like the atmosphere of markets because there’s so much more energy than in a regular restaurant, so I was really looking forward to experiencing Penang from that perspective.

Off to a rough start

By the time we made it to George Town and checked into our hotel, it was getting pretty late but we still needed dinner. Luckily we started talking to someone in the elevator who pointed us in the right direction for some street food. Andy and I each ordered a rice dish with chicken and pineapples, which was good but nothing exciting.

The next day we went looking for lunch but struggled. The hawkers from the night before weren’t around during the day, and every restaurant we found was either closed or really expensive. Finally we found a few places selling something simply called chicken rice and decided to give it a try.

The man we ordered from brought out soup first. It was a fairly boring broth, and I wasn’t impressed. Next he brought us each a bowl of rice and a plate of chicken. Seemed pretty simple, but as I started digging through the chicken, I had a hard time finding pieces that weren’t fatty or bony. I managed to get enough decent chicken, along with some rice, to quiet my hunger, but I didn’t enjoy the meal. 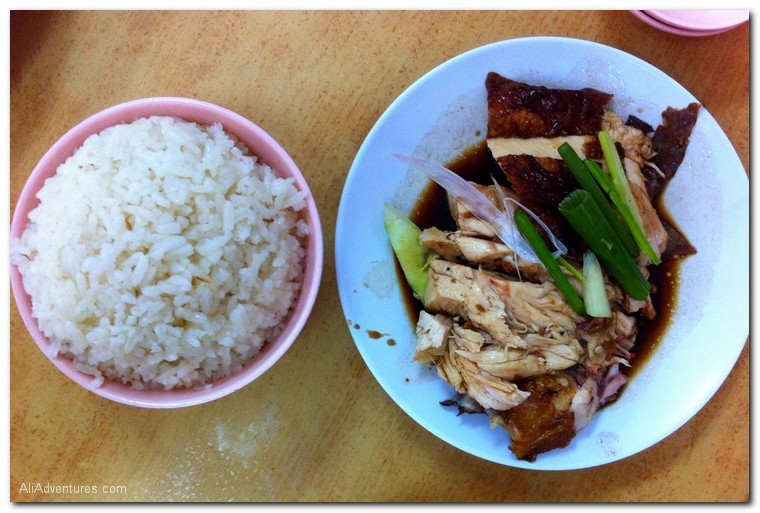 I’m kind of embarrassed to admit we basically gave up looking for lunch during the rest of our time in Penang. Instead we went to the mall down the street and ate at Subway.

One of the many night markets in Penang is Macalister Market. It also happens to be the only one we went to. It was about a 15 minute walk from our hotel, so at the end of our first day in Penang, once the sun went down, we went to see what was there. The hawkers there were selling a wide variety of Malaysian and Chinese food, and we gravitated towards a guy selling satay. They were so delicious that our first order of 10 sticks wasn’t enough, and we had to get a second round of this Malaysian snack. 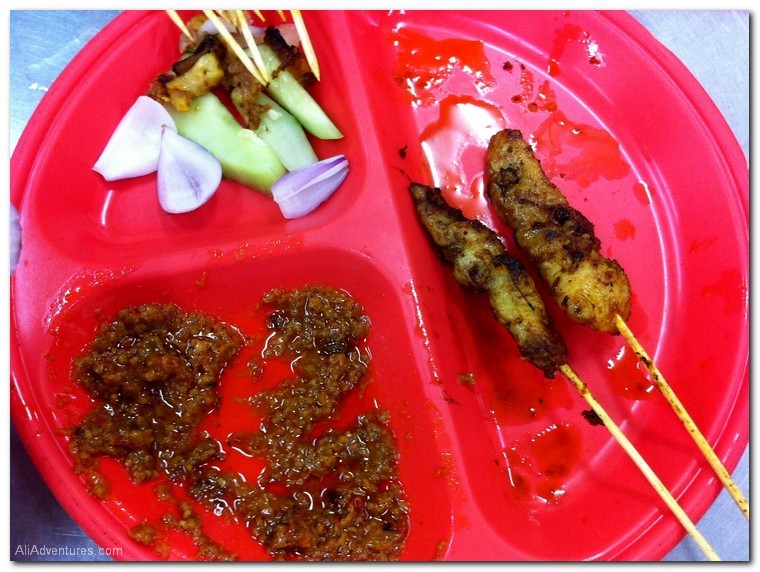 After we finished, we wandered around some more and found someone else who had lamb satay as well as chicken. So we tried hers the next night. The lamb wasn’t so impressive, but I liked her sauce better on the chicken. I’m sure lots of people want to try as many things as possible when in a new place, but I tend to find one or two foods I love and stick with them. Andy and I are both creatures of habit, and so we returned a third night for more satay. 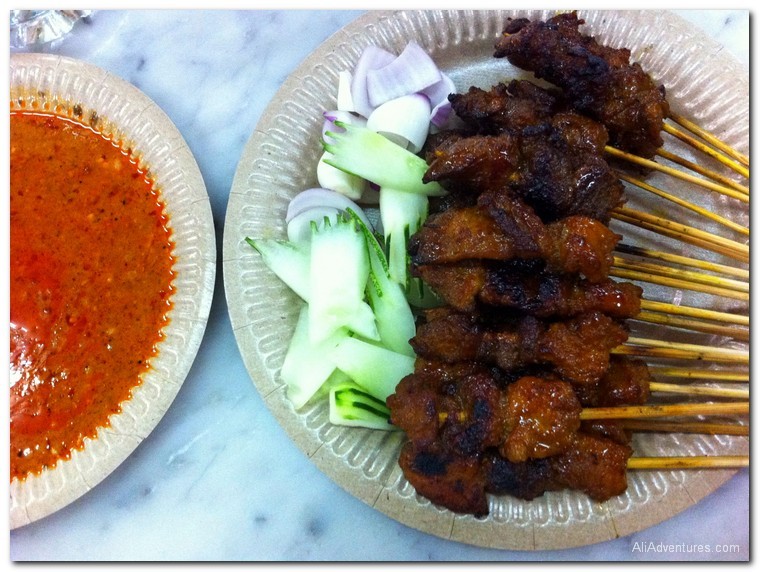 Hawker markets are set up with loads of venders selling food but no drinks or seating. So nearby you will find a few cafes that sell drinks and have tables and chairs for customers to sit and eat. The second time we went to Macalister night market, we were greeted in the drinks restaurant by an older Chinese woman. As she took our money, she smiled mischievously and said thank you while walking away, implying we wouldn’t get our change.

She was joking of course. Despite her broken English, she managed to toss her dry sense of humor our way throughout the night, always catching us off guard and tricking us into thinking she was being serious. She finally told us at one point, “I’m crazy, don’t listen to me.” We laughed all night with her.

Just when we thought we couldn’t eat any more, she pointed to a cart that sold dumplings and pies. She really wanted us to try one, and I was having so much fun I couldn’t resist. But when Andy tried to get out of his seat to come with me, she waved him off and told him to stay put, like a grandmother scolding a child. I ended up with a pork pie that came with two different dipping sauces, one clearly sweet and sour, but all I can tell you about the other was that it had vinegar in it and I loved it. Thank you crazy woman. 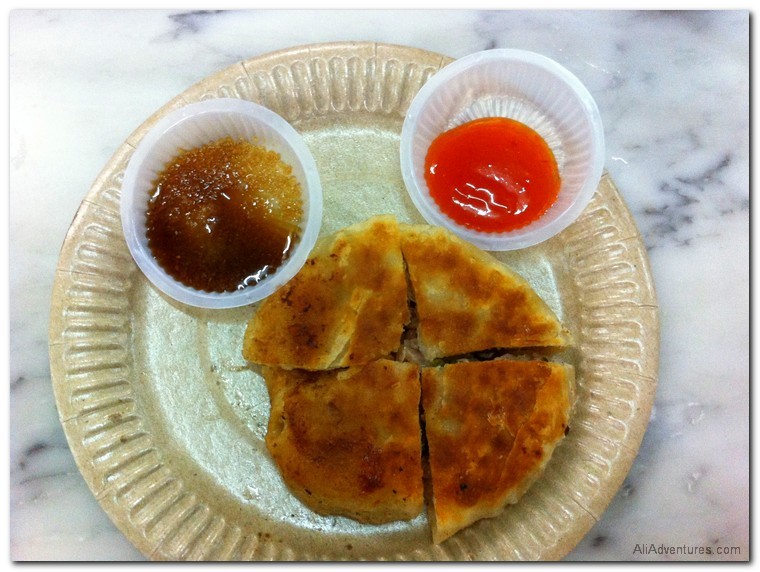 Though the sights didn’t impress me, I loved Penang’s food culture. I probably should’ve tried more things, but when I find something I like I have a hard time convincing myself not to have it again. So maybe I didn’t experience a wide variety of the local food, but I’m happy I found a couple things I really enjoyed. I would go back just for the satay and another pork pie.