I visited Kuala Lumpur about four years ago, very briefly. It was a trip when I realized I had booked myself into too many destinations in such a short period of time. Because of all the hops I had planned, I had one night and not even a full day in Kuala Lumpur. Quick as that visit to Kuala Lumpur was, it was an interesting day filled with tourists from Bangladesh who wanted their pictures taken with me in front of the Petronas Towers and lunch at a hole in the wall Indian restaurant where I got lots of stares. (Note: Being a solo traveling white girl wearing a tank top draws a lot of attention in some parts of the world.)

I was happy to return when Andy and I were traveling in Southeast Asia so I could see more of the city. After we arrived from Penang, we started by wandering through a few markets near our hotel. It seemed like we had lots of food options, so we picked a restaurant and ended up with steamed rice and a few different kinds of meat. While not horrible, neither of us really liked it. Upon further inspection, some of the other cafes and street carts seemed similar, and we decided we needed to look elsewhere for food. 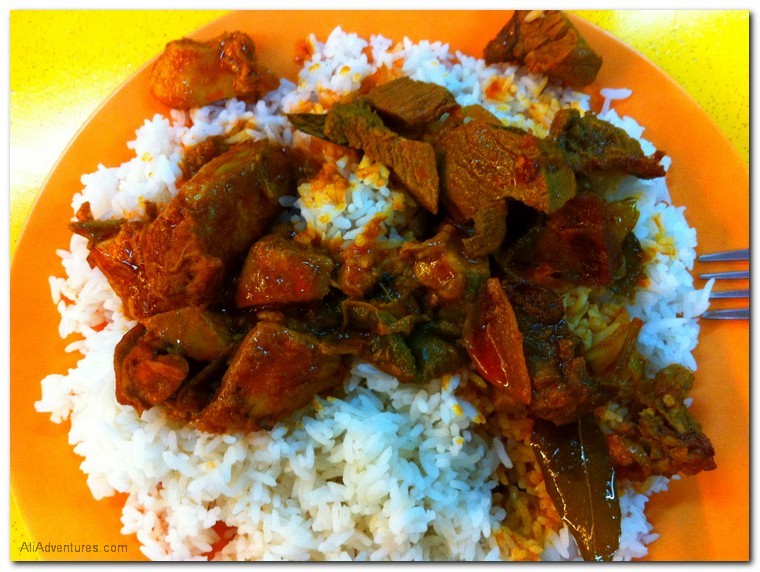 Spending time at the mall

On our way to the hotel the first day, Andy spotted a Papa John’s. For my non-American readers, this is a pizza chain in the US. Living in Germany now, we don’t have Papa John’s and Andy started craving it the moment he saw one in Kuala Lumpur. So off to the mall we went to have pizza for lunch the next day.

The mall seemed to be the place to go for locals. No matter what time of day, it was packed with people of all ages. It was also a good place to escape the heat, so maybe that was partly why there were so many people there. But one mall was across the street from another, and down the street from another. Loads of them just in one area, and each one was at least eight stories high.

We ended up going to malls every day for lunch and dinner. Other than one meal at Papa John’s and one at Wendy’s, we mostly ate at the food court and a Thai restaurant. We also tried out a food court in one mall that was trying to bring the street food market inside. I felt strange spending so much time at the mall, but if that’s what the locals do, why not, right? 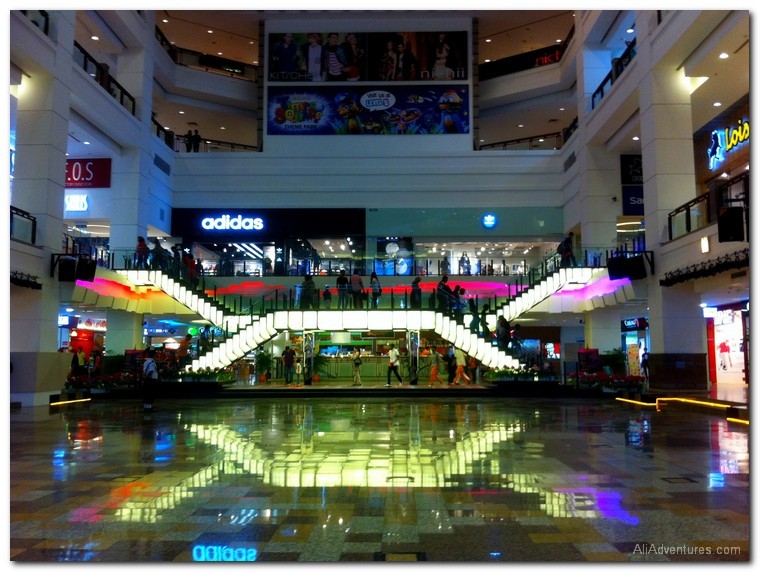 Those are piano stairs in the middle, which we went up and down a few times to hear the different notes play.

One night after dinner, we went to see the Petronas Towers, which were at one time the tallest buildings in the world. I only saw them in the daylight before, so this time I wanted to see them all lit up at night. The grassy area that was in front of the towers, allowing me to get really far back and photograph as much of the towers as possible, was now blocked off with some kind of temporary construction wall. I was disappointed to have to take my pictures from much closer, but they were still amazing to look at. And I did get a decent shot from a nearby metro station. 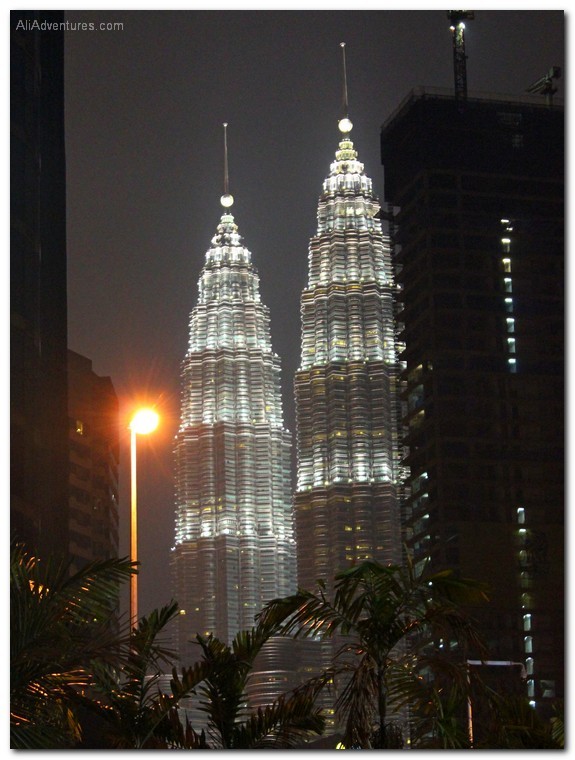 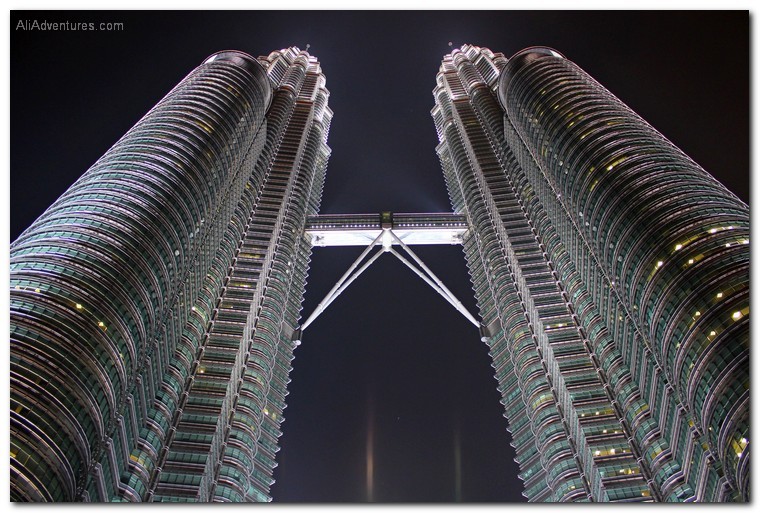 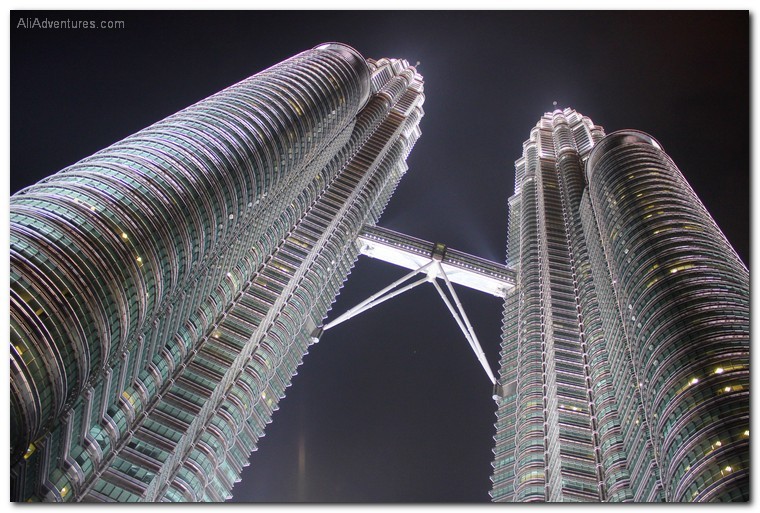 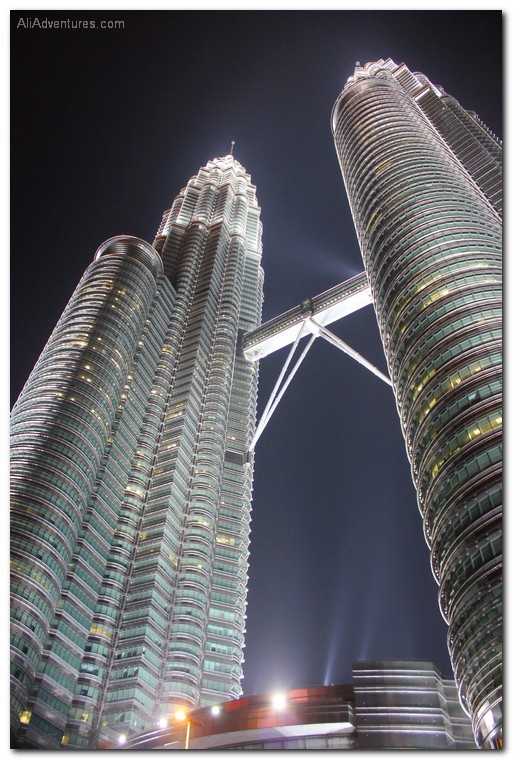 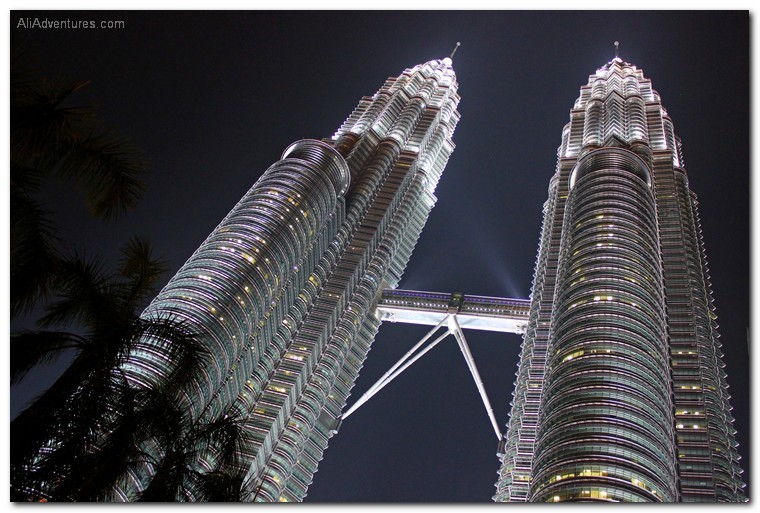 Obviously it wasn’t the most exciting four days, but we didn’t really need exciting at this point of our trip. We were so happy to have comfortable beds, even though we got stuck with twins, and we even had a shower curtain in the bathroom. Traveling in Southeast Asia can make you really excited about a shower curtain. I’m glad I had a chance to see a little more of Kuala Lumpur, even if so much of our time was spent in malls. It was an interesting look at the city and a small piece of its culture.