Trying Not to Melt in Penang

Our time in Penang was a bit strange. We never planned on stopping there, but we weren’t able to book train tickets from Thailand to Kuala Lumpur. Rather than take an extremely long bus trip all the way, it made sense to break up the journey with a stop in Penang. At this point in our trip, we were getting kind of burnt out so we probably didn’t put as much effort into things as we should have. It didn’t help that our hotel room had no windows, and the hotel played annoying elevator music in the hallways loud enough that we could hear it in our room. 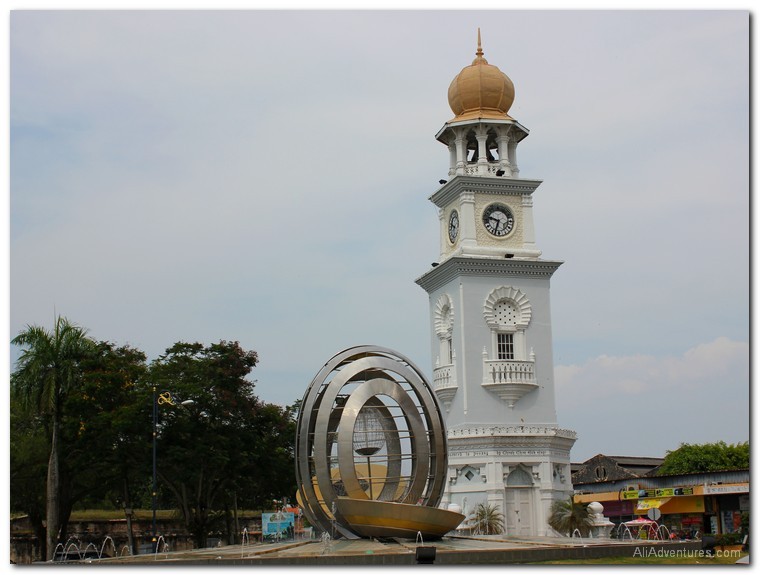 Most of what we found about the island was about food, though Andy did find a few other attractions for us to check out. One day we wandered around after lunch, which we quickly realized is the worst time of day to be outside. It was way too hot, shops were closed, and no one was around. They were all smartly hiding out away from the heat.

We continued on anyway to find the Clan Jetties. These are a set of jetties named for different Chinese clans who live there. It sounded interesting, but when we arrived we felt out of place. Sure, it’s a bit of a tourist attraction and we even saw a tour bus pull up and dozens of people spill out to take a look. But this was essentially people’s homes. Neither of us felt comfortable taking pictures, and we quickly left.

>>Check out one of Malaysia’s best beaches on a hot day instead!

Next we went in search of the old British fort. But again, that heat was wearing us down. Luckily we saw a hawker market across the street, skipped through traffic to get there, and sat under a fan with some cold drinks for awhile. Eventually we moved on, passing colonial architecture on our way towards the fort.

The walls around the fort indicated that it was quite large, and we could see a lighthouse within those walls. However, by the time we finally found the entrance, it just didn’t seem worth paying the entry fee. I was content to sit in the park outside of it, drink some water and try to regain some energy the weather was draining out of me. 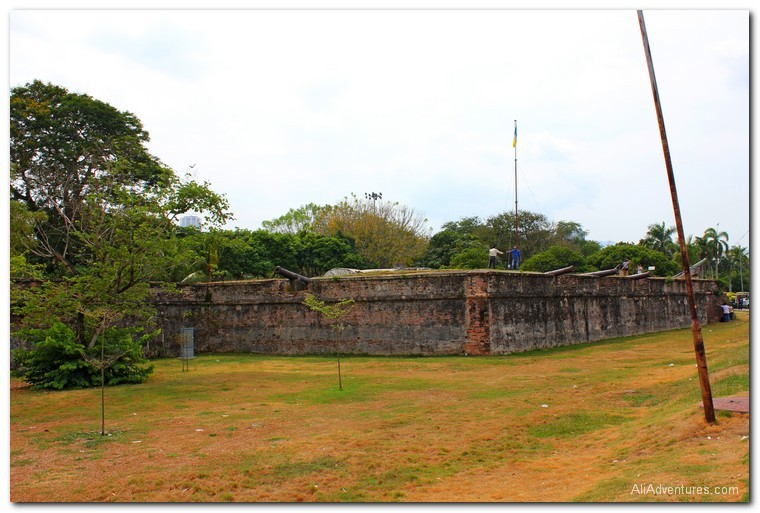 I usually enjoy seeing places from above, so when Andy read about Penang Hill we decided to go check it out a few days later. It was interesting to get out of George Town for a bit and see other sections of the island from the bus, though our decision to get there in time for sunset meant we were on a crowded bus during rush hour. (Click here for info on how to get there.)

Once we arrived, we paid 60 Malaysian Ringgits (about US$18.37) for our two roundtrip tickets on the funicular. At about 823 meters (2750 feet) above sea level, it was a nice break from the heat and certainly gave us the opportunity to see George Town and the east side of the island from above. Unfortunately, it was rather hazy. People also live up there, so there was a police station, playground, Hindu temple, a mosque, and more. But there wasn’t a ton to do besides have drinks at the overpriced restaurant. 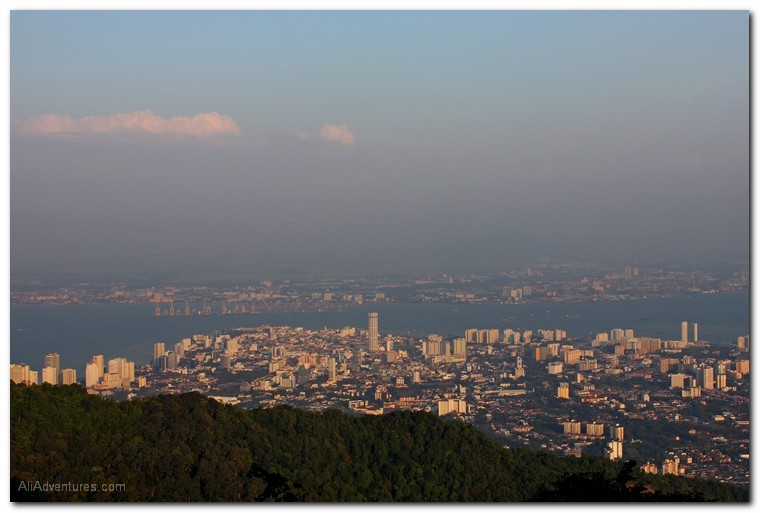 Despite my rather lackluster impression of Penang, it was certainly an interesting place to be for a few days, and I’m glad we stopped there. The few food markets we saw more than made up for the underwhelming sights. If we ever end up back in Penang, I think I’d be happy to spend my evenings eating satay and my days hiding from the heat.

Sign Up
My Expat Life, Now With More Quesadillas My Experience with Food in Penang