That’s right, squat toilets scare me more than anything about traveling. While I did have to use one once in Dubrovnik, you can pretty much bet on not really encountering these monsters in western Europe, probably the same goes for Australia and New Zealand. If they started popping up in the States, there would probably be a riot. But Asia is a different story. 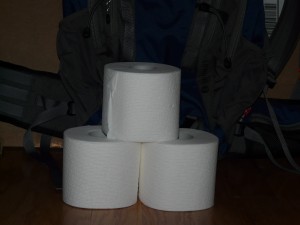 In modern cities like Hong Kong, you can easily find a western sit-down toilet. But in much of southeast Asia (as I’ve heard and read) you’re much more likely to find the dreaded squat toilet. For those of you not familiar with squat toilets, it’s basically a hole in the ground instead of a toilet. Also, instead of toilet paper they often have a sprayer or bucket of water and perhaps a ladle of some kind. This whole scenario totally creeps me out. On a regular basis I think to myself, “Why am I doing this? Why am I voluntarily putting myself into this situation for 9 weeks?”

First of all, what’s with the water? I get that water cleans, but then what, you just pull your pants back up while you’re still wet down there? Do you just stand around for a few minutes hoping to air dry? I’d really rather not have the public humiliation of walking around with wet pants, especially immediately following the trauma of using the squat toilet. Also, the use of water instead of toilet paper means also having to use your hand. This is why in many countries you don’t use your left hand for anything because it is assumed that you use it for unpleasant things. I might be able to overcome this procedure when it’s just #1 but for #2? I just don’t think so.

Even beyond the disgusting and awkward mechanics of using a squat toilet, there’s the comfort factor. You know, sometimes you just need to take a book in the bathroom and camp out for awhile. Maybe you ate too much spicy food or something, we’ve all been there. It seems like it would be easier to drop that book (or my Kindle!) and there’s no saving that one. I also don’t have the leg muscles to squat for that long. Is there a weight machine at the gym that properly prepares travelers for squat toilets? Squat toilet boot camp classes? I really don’t want my leg muscles to give out on me before I’m done and end up falling over into that. Because while I could make peace with the dropped book I’d have to abandon, I can’t abandon my pants and walk out of there half naked.

I’ve heard that there are iPhone apps for finding restrooms, clean ones in particular, so I decided to do a little research. There are more than you’d think! There are quite a few specifically for Australia, some for London, some that cover the States and most of Europe. They have names like “show the loo” and “whizzer.” I got excited when I saw one called “sit or squat” but it didn’t have anything to do with finding or avoiding squat toilets. If anyone knows of an app that directs wimpy westerners like me to a “normal” toilet instead of a squat toilet, please let me know. I’d pay good money for that.

In the end, I know I won’t change my travel plans because of this. I will not let a toilet defeat me. Like any other fear, I’m sure (I hope) the fear is worse than the reality. Travel is not just about seeing the sights and eating the food. It’s about challenging yourself to overcome obstacles and become a stronger person. Or at least develop stronger leg muscles.

Sign Up
Round the World Travel Plans We Got Married!