Round the World Travel Plans

As I mentioned last week when I revealed my plans for the next few months, I’m planning a 4 month trip around the world. I know 4 months doesn’t sound like much time for a round the world trip, but it probably only counts as a “round the world” because I will technically round the globe with a round the world ticket. I read lots of posts which mostly recommended not buying a round the world ticket, but with my limited time and the Delta Skymiles I’ve been stockpiling, it was a no brainer for me. For 180,000 Skymiles and $167 in taxes, I secured a RTW ticket with just a few gaps to fill in with non-SkyTeam airlines.

(Check out my thoughts on the round the world ticket after the trip was over.) 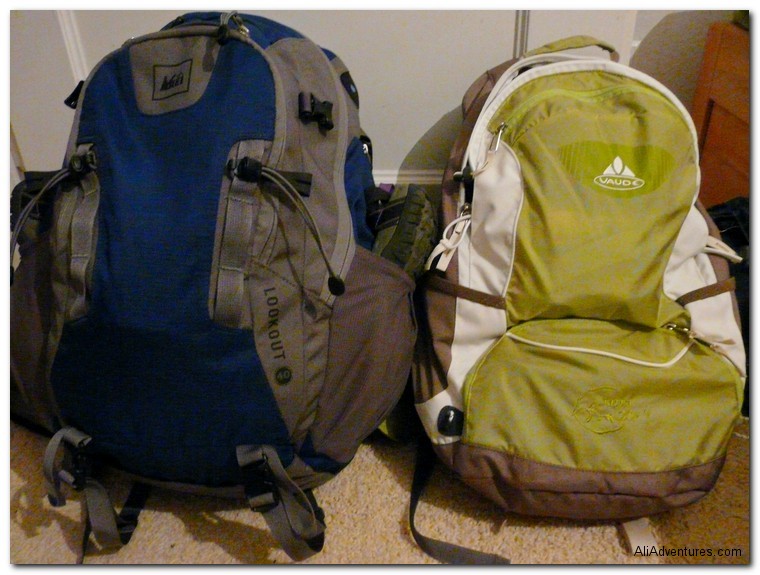 About a month after the wedding, the first leg of my trip will be on July 8th from Atlanta to Frankfurt, the official move to Andy’s (sorry, our) place in Freiburg. I’m going to spend the summer settling in, taking German classes, and mostly spending time with Andy. I’m also taking some time at the end of August to go to La Tomatina, a huge annual tomato fight, in Buñol, Spain. Flight number 2 of my RTW ticket will take me from Frankfurt to Singapore at the end of September. I didn’t spend much time in Singapore last time I was there, so I might stay for a few days to see the city. I’d especially like to go to the night zoo since I’ve heard it’s really great.

My friend Amanda and I have been trying to plan a couple trips for quite some time now, so we decided to work some of them into my 4 month trip. At the beginning of October she is going to meet me in Indonesia. Our plan is to spend about 2 weeks visiting Bali, Lumbak, and Borobudur. Then we’re flying to Kota Kinabalu, Malaysia where we will spend a few days before making our way to Brunei. At the end of those 3 weeks, our flight takes us back to Kuala Lumpur, Malaysia, and Amanda will fly back home. 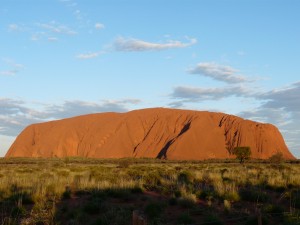 From Kuala Lumpur, I will most likely fly to Cambodia. I’m definitely going to try to be more flexible at this point, but I so enjoy the planning part of traveling that I at least know I’ll be spending about 6 weeks traveling between Cambodia, Laos, and Vietnam. I definitely plan on going to Angkor Wat in Cambodia, but beyond that I haven’t done a lot of research yet. Flight number 3 of the RTW ticket is at the beginning of December from Ho Chi Min City, Vietnam to Melbourne, Australia. I spent some time in Australia (Perth, Ayers Rock, Cairns, and Sydney) last spring, but I didn’t make it to Melbourne. I’d also like to see Tasmania, but it depends on how much time I have.

From there I’m going to New Zealand. This has been high on my list for years now, so I’m really excited. Plus Andy is going to meet me there for about 2 weeks or so for Christmas and New Year’s. There are a few specific things/places Andy wants to see, so I’ll save those for when he gets there. It’ll be a challenge to figure out the best way to avoid too much flying back and forth from one end of the country to the other, but I’ll make it work. In total I think I’ll have about 4 weeks there. Then at the beginning of January I’m flying to Tahiti to meet up with Amanda again. We’re spending 2 nights in Bora Bora, at a price that’s about the same as what I estimate 6 weeks of lodging will cost in Southeast Asia. Then we’re going to Easter Island for a week. Flight number 4 of my RTW ticket is from Tahiti to Seattle.

I decided to spend the last few weeks of my trip back in the States seeing friends and family before returning to Germany. So my first stop is to visit my friend Andrea in Seattle. Then flight number 5 is to Las Vegas to visit my friend Rachel, followed by flight number 6 to Atlanta to see my parents and as many friends as possible. Since a RTW ticket purchased with miles has a lot more restrictions than one purchased with cash, I could only do 6 legs. Luckily it worked out pretty well for what I wanted to do. RTW tickets don’t allow you to go beyond your starting point, so I’ll still need to make my way from Atlanta to Frankfurt. February isn’t a popular time to fly to Europe, so I’m hoping to get a buddy pass from a friend.

While I’m not looking forward to being away from Andy for all this time, taking a long term trip, even 4 months instead of the traditional year-long variety, is something I’ve wanted to do for years. It’s incredibly important to me, and I’m so grateful to be with a wonderful man who understands that. We’ve spent the past 10 months getting to know each other and developing a relationship mostly through Skype and email, I’m sure we can handle a few more months.

If anyone has any advice about any of the places I’m going to, I’m all ears (eyes?). I’m going to be reading more blogs than ever this summer while I’m researching this trip.