A couple weeks ago, my friend Linda told me about going to Schauinsland, a nearby mountain that overlooks Freiburg. It’s 1284 meters high, so the day she went she was able to get above the layer of clouds that was plaguing the city. Her pictures were gorgeous because they not only showed that cloud layer, but also bits of the Black Forest and the landscape surrounding Freiburg. She also told me that the cable car was about to shut down for renovations over the winter, so the price was reduced. I was sold, and a few of us decided to meet up that Saturday to check it out ourselves. 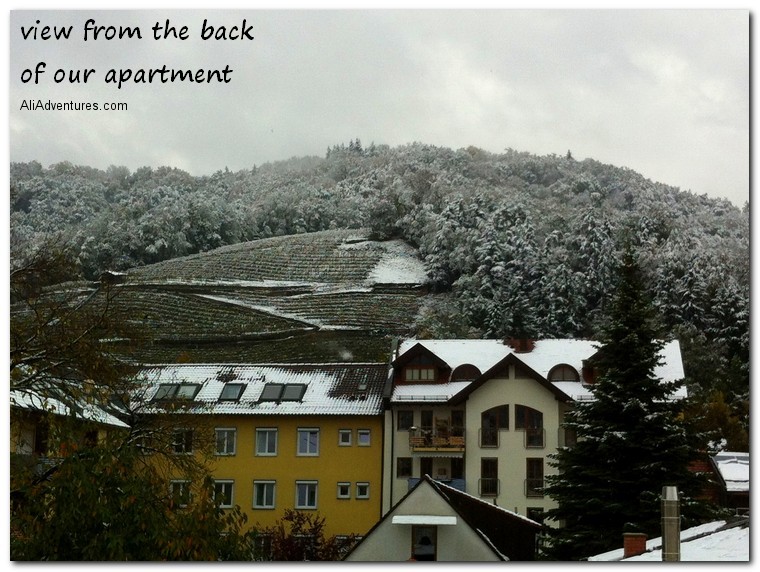 Despite still being October, the weather forecast was calling for snow in the southwest of Germany last weekend. I really hate cold weather, so I was in denial that it would actually happen. But we woke up Saturday morning to fluffy white flakes falling from the sky, and while the roads were too warm for the snow to stick, it definitely stuck in the trees and on roofs. We knew we wouldn’t have the same views Linda saw when she was there, but our plans didn’t change. 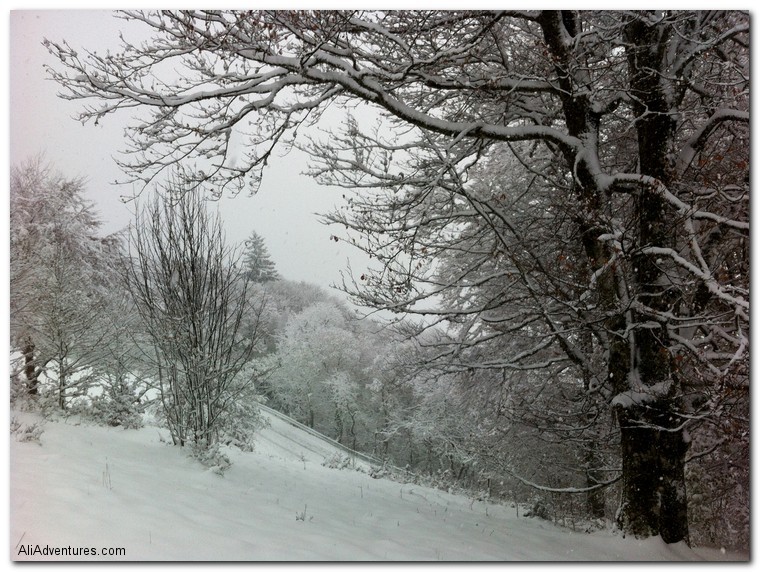 Andy and I met up with four other people in the center of town and hopped on the tram. Schauinsland isn’t quite in Freiburg, but it’s close enough to reach with a tram and a bus. We paid our 7€ each (normally 12€) for the 15 minute cable car ride up to the top, all the while the snow continued to fall. 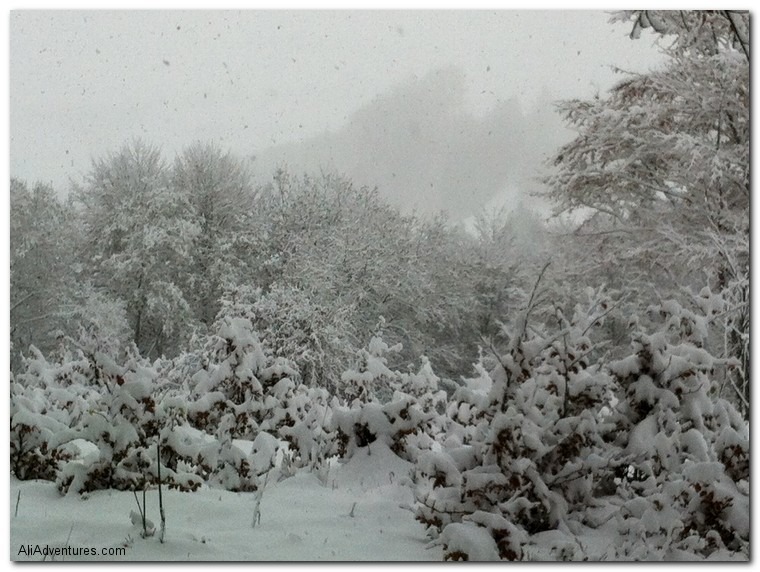 I brought my good camera, but with the snow coming down, I didn’t feel comfortable with potentially getting it wet, and it was too awkward to hold an umbrella with one hand while trying to take photos with the other. So I resorted to my iPhone to capture the beautiful winter wonderland. There was significantly more snow at that altitude, and everything looked really pretty despite the awful chill in the air. 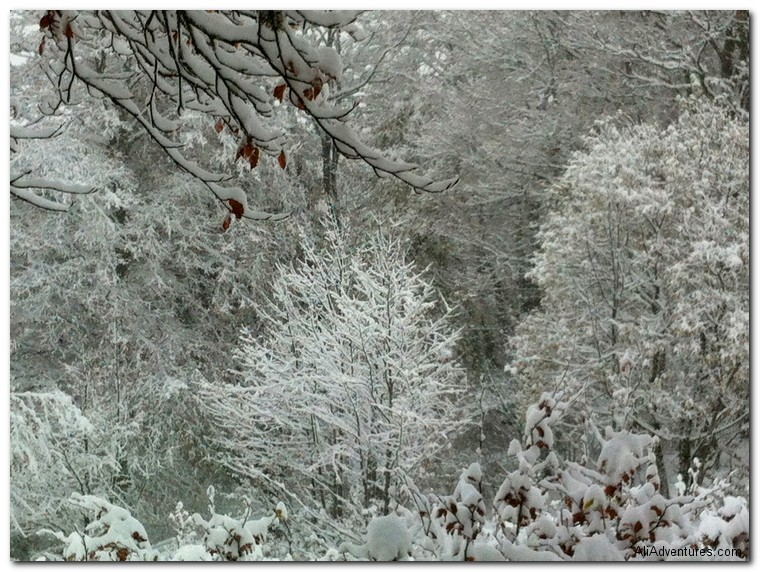 Now that we’ve seen it blanketed in snow, I really want to go back when Schauinsland reopens in the spring. If you’re in Freiburg when it’s open and you want to visit, take the number 2 tram towards Günterstal and get out at the last stop. Then get on the bus (there’s only one bus there) and take that to the end. The last stop is the bottom of Schauinsland where you buy the tickets.

Planning a trip to Freiburg and southwest Germany? Check out this 1 week itinerary of the Black Forest and beyond. 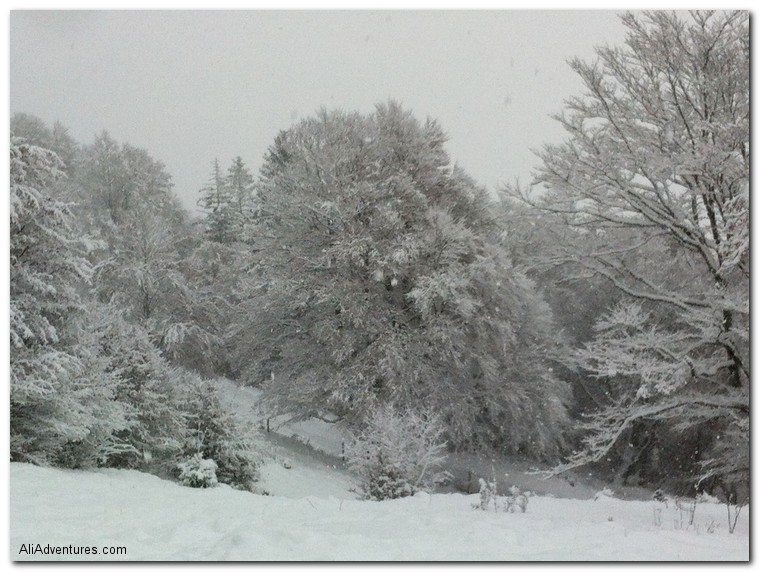 Sign Up
Lisbon – Love at First Sight A Walk Through Porto