Across the street from Agya Sophia in Istanbul is the Blue Mosque, so it seemed logical to go there next. Officially the Sultan Ahmed Mosque, it’s more widely known as the Blue Mosque because of its gorgeous blue patterned tiles decorating the inside. It’s one of the most famous mosques in the world, and Muslims still worship there. Entrance is also free since it’s an active mosque, which was nice considering how many other Istanbul attractions have entrance fees.

As Andy and I looked around the outside of the mosque, I realized I had completely forgotten to bring a scarf to cover my head. In order to enter a mosque, everyone must remove their shoes and dress modestly (no bare shoulders, shorts or short skirts) and women must wear some sort of head scarf. I knew this, but somehow that detail slipped my mind when I was packing for our trip to Turkey. So we decided to save the Blue Mosque for the next day in case I had something in my luggage I could use.

Unfortunately I did not, so when we arrived the next day, I bought a cheap scarf from one of the many stores outside of the mosque’s grounds. They sold typical souvenirs, but they definitely knew their audience and pushed those scarves. 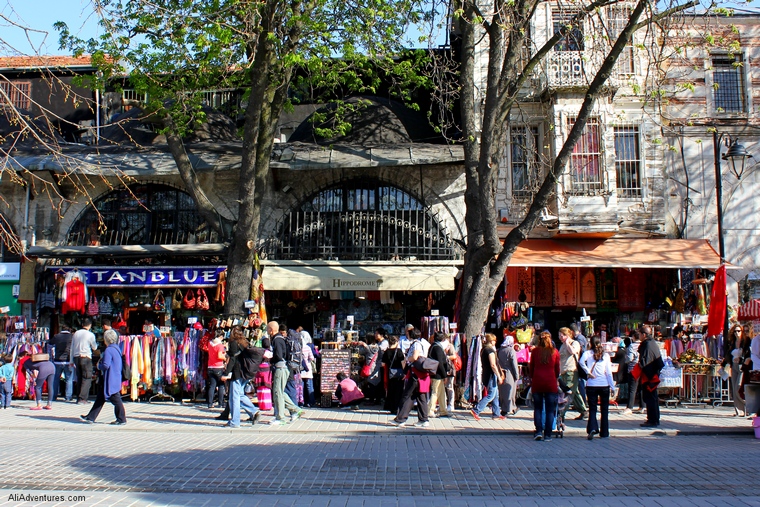 The Grounds of the Blue Mosque

Once that was taken care of, we wandered around the outer walls of the mosque. Trees and gardens surrounded the mosque, just adding to its beauty. Turkish families gathered outside while tourists snapped photos of the mosque and went through the archways to get in line to go inside. 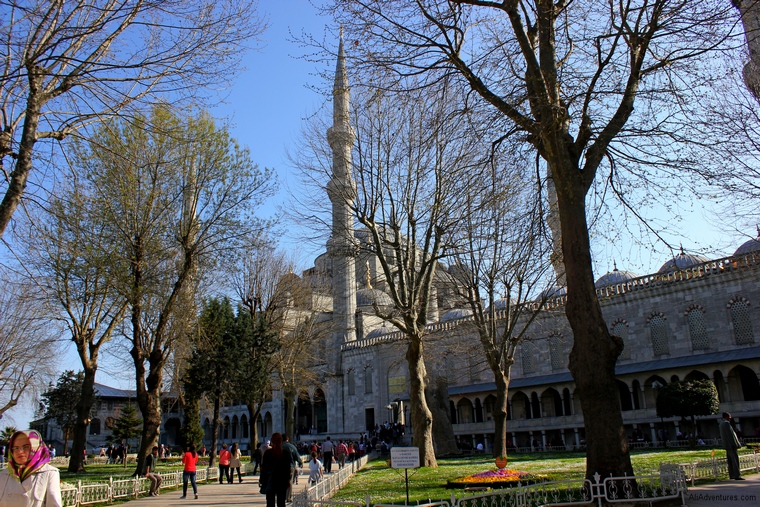 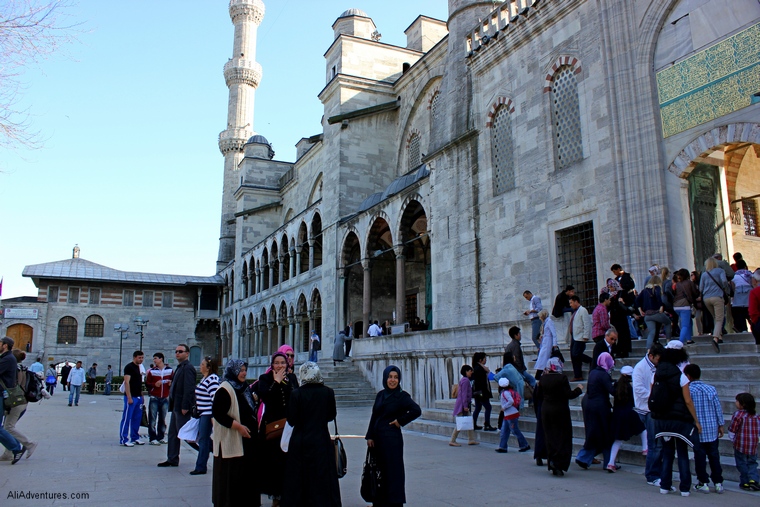 Sure enough, there were only about five other people over there who wanted to get in. Luckily we made it just before they closed that entrance. Regardless, if you see a long line, try the right side of the building towards the back and maybe you’ll be able to get in there. 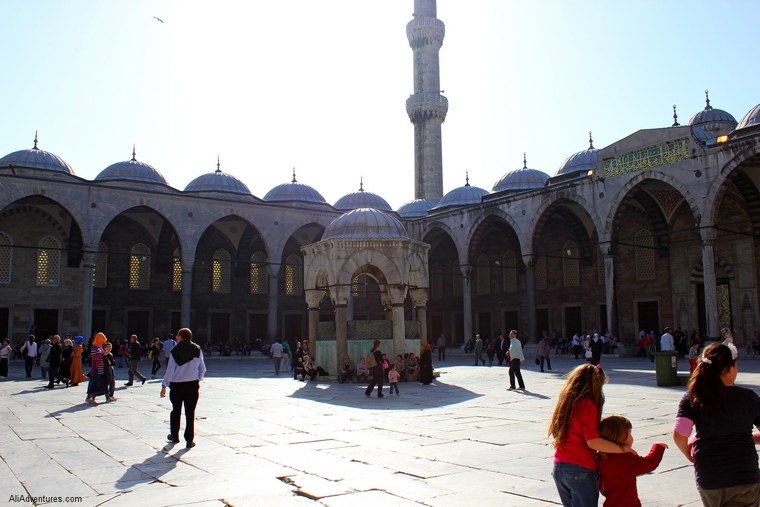 Inside the Blue Mosque

Andy and I took off our shoes, I put my head scarf on, and we went inside. And that’s when we saw why this mosque is so famous. 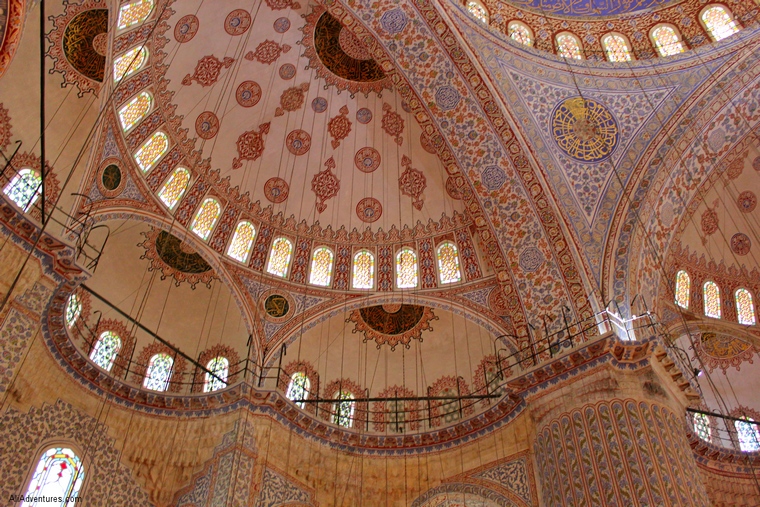 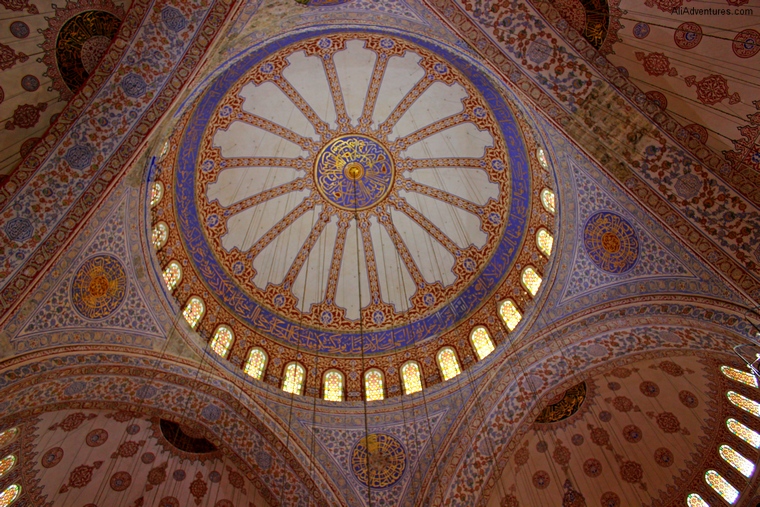 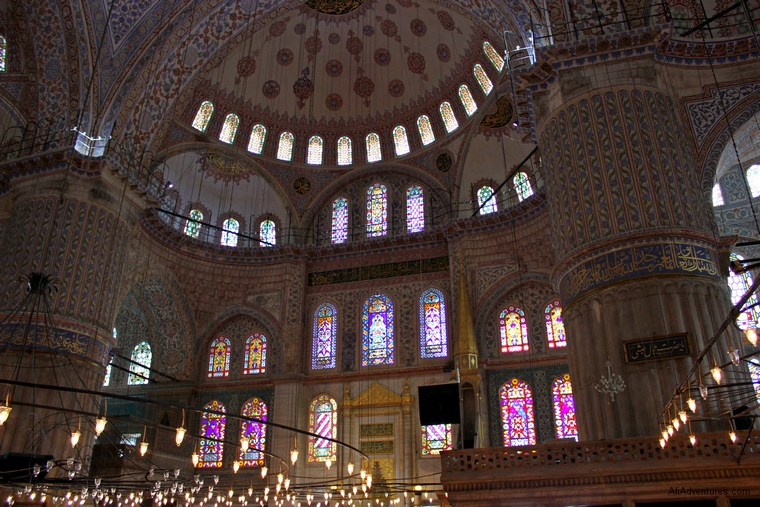 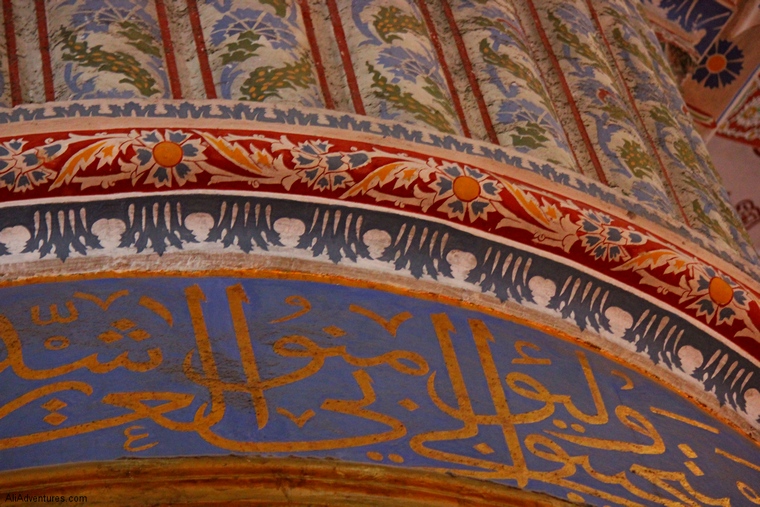 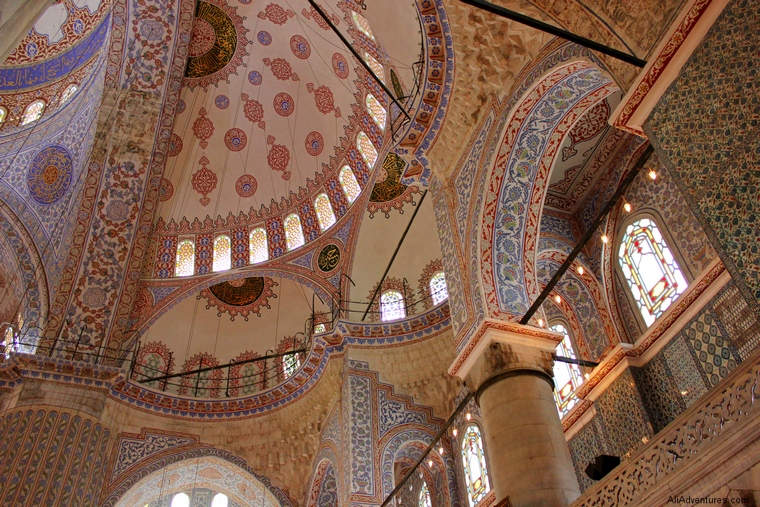 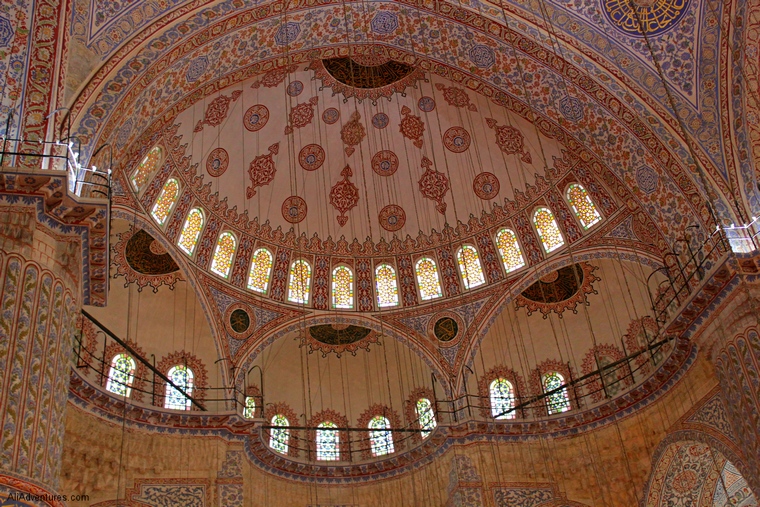 The colors and details of the inside of the mosque, especially the ceiling just blew me away. It’s a fairly empty room, but when I looked up I could only stare for a few minutes before I was able to start taking photos. I’ve certainly seen ornate stained glass windows and paintings in churches before, but nothing like the attention to detail that was put into decorating the interior of the Blue Mosque. 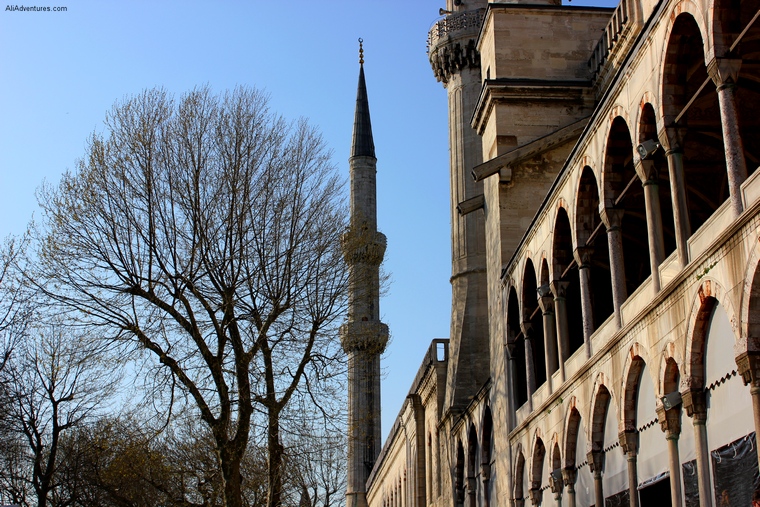 The one thing that annoyed me was that there were a few people inside who were not wearing head scarves and still wearing their shoes. Maybe they thought they were exempt because they weren’t Muslim, maybe they didn’t have scarves and decided to go in anyway, maybe they missed the multiple signs telling them to wear scarves and remove their shoes. In any case, it strikes me as disrespectful.

So please, if you go to visit the Blue Mosque in Istanbul, or any other mosque in the world, follow their rules and customs. It’s a gorgeous tourist attraction, but it’s still an important place of worship. Having to wear a scarf and take off my shoes did not detract from my enjoyment of the Blue Mosque.