When I was 16 I visited Heidelberg on a school-organized trip to Europe, but I can hardly remember anything about that particular stop on the 10 day whirlwind through Germany, Austria, Italy, and Switzerland. Now that I’m living in Germany, I had been telling Andy for quite some time that I wanted to go back there. It’s located within the same state as Freiburg, which means we can purchase a train ticket to go anywhere within the state using the slow trains and local buses and trams, and it only costs 25 euros for up to five people for 24 hours. My birthday was last Sunday, June 24, so we bought the cheap train ticket and went up for the weekend. 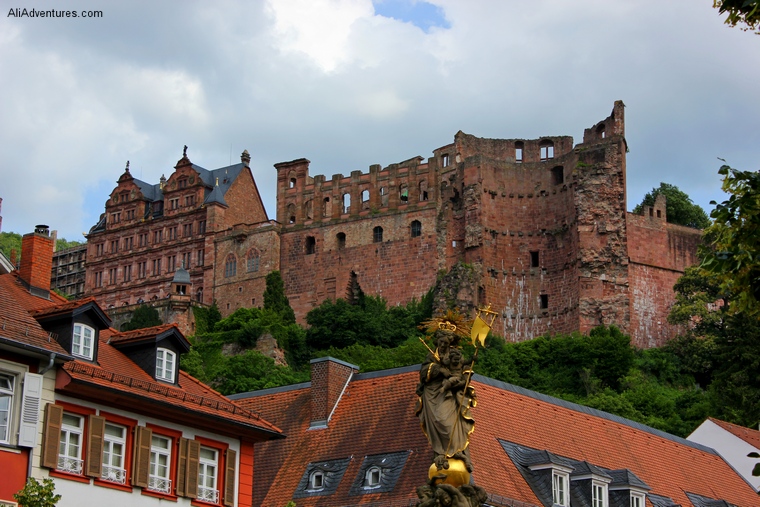 The main attraction in Heidelberg is the castle. It sits high on a hill watching over the city and the river, portions of it are still in tact, and it offers amazing views. So after wandering around the city for a few hours, we made our way over to the funicular to get to the castle.

We read in several places that a ticket for the castle includes the funicular ride, both ways. When we arrived at the funicular station, our choices were to wait in line to get our tickets from the window, or to buy them from the machine. The machine seemed simple enough and less people were waiting there, so we chose that option and paid 6 euros each. 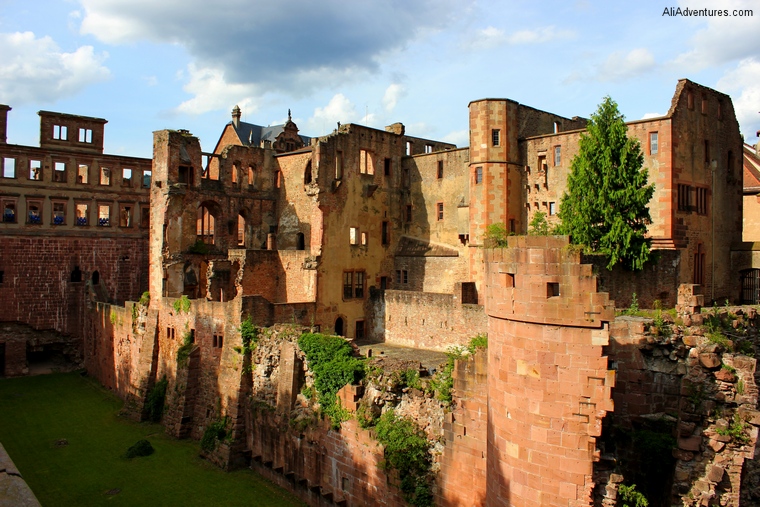 Hassles and annoyances had been following us all day long, so we really shouldn’t have been surprised when the guard at the entrance to the castle told us our ticket would not get us inside. It turns out the machines only sell funicular tickets, and funicular tickets do not include entry to the castle. The window sells castle tickets for 5 euros, and those tickets include the funicular.

I don’t understand the logic in selling a ticket for 6 euros that gives you less than a ticket that costs 5 euros, and we were rightfully upset. Luckily the lady at the ticket window told us she would refund us our funicular cost after we bought castle tickets, so we did get our 6 euros each back. But it seemed so insane to even encounter this problem that it almost felt like they were purposely trying to trick tourists out of their money. 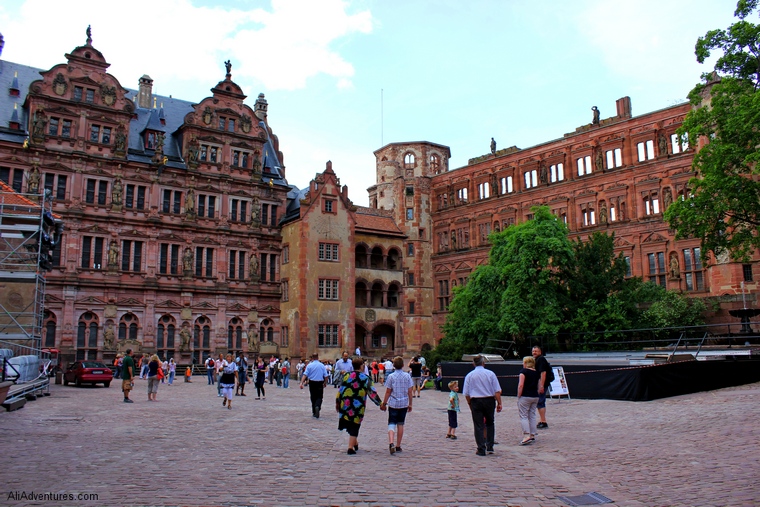 A pretty location for a wedding

Once we were finally allowed into the castle, we sat in the shade for awhile to get some relief from the heat. Two weddings were going on at the castle that day, at least one of which included a group of guys who looked like medieval jesters. 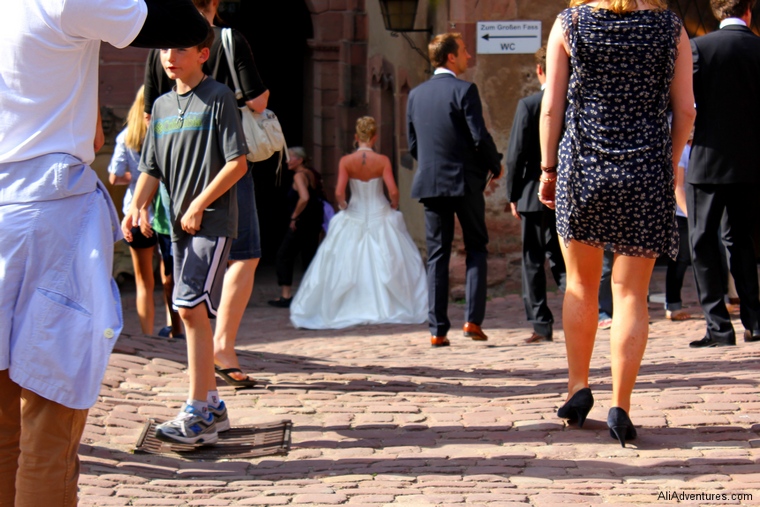 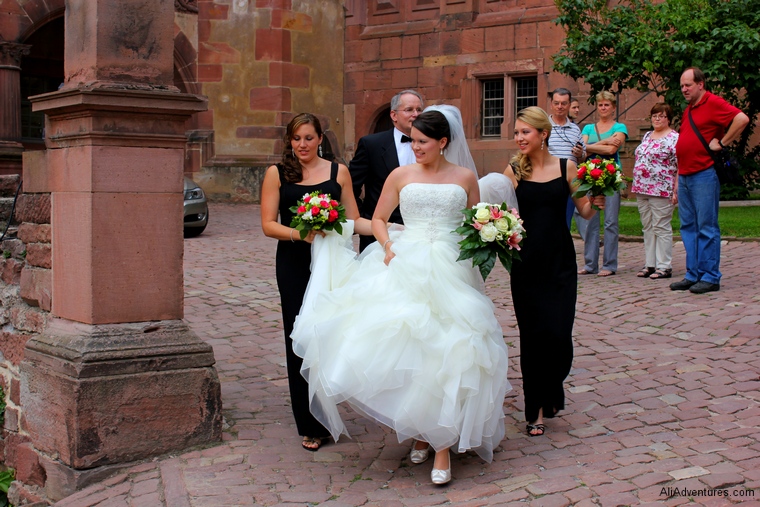 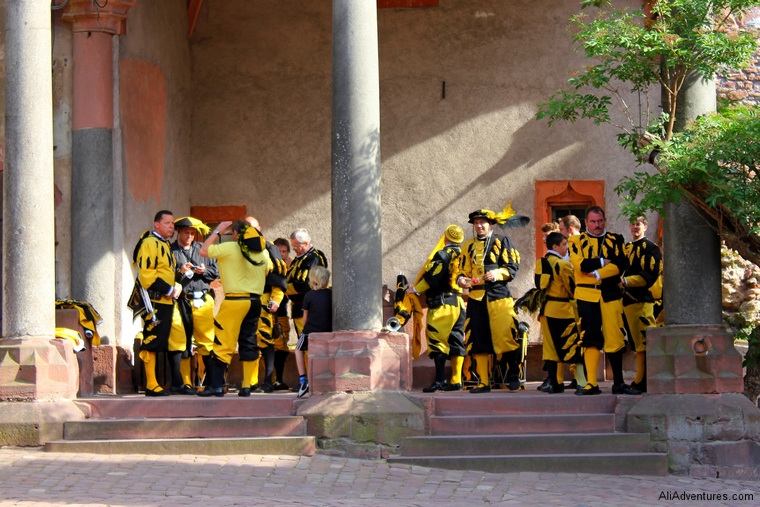 Among the distraction of the weddings, we ended up missing out on the apothecary museum Andy wanted to see because it stopped letting people in a little before 6pm. But at least we got to see a giant barrel of wine and the gorgeous views of Heidelberg. 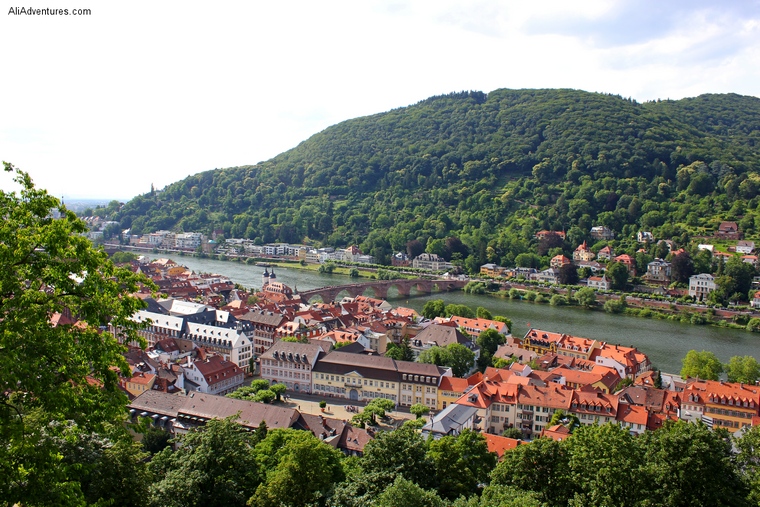 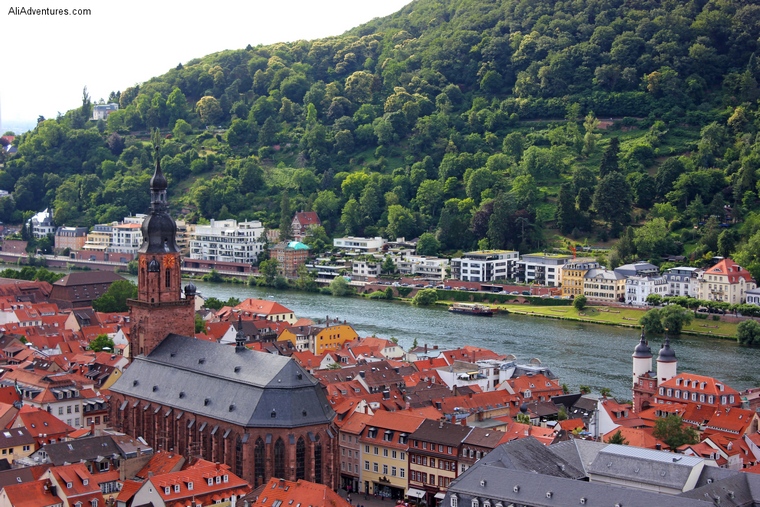 My advice to you when you go see the Heidelberg Castle – buy your ticket at the window even if the line is longer. Then the guards won’t turn you away outside the castle’s walls like what almost happened to us. 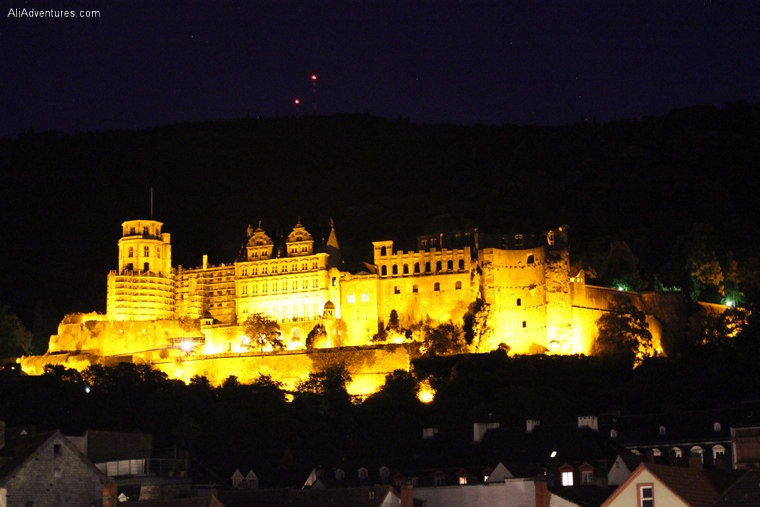 While looking at a map of Heidelberg, we saw another castle called Tiefburg, so we decided to go see that one as well. It’s not as big as the Heidelberg Castle, but we actually liked it better. I think because it’s smaller, it looked more medieval and felt more real. 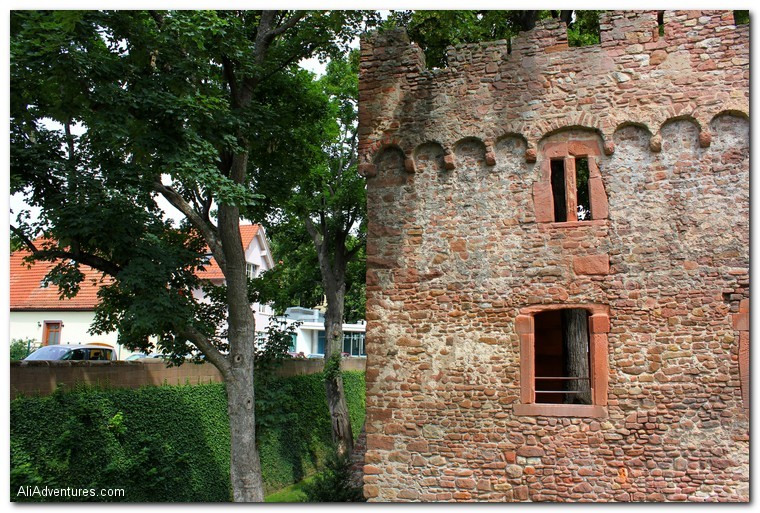 There also weren’t any other tourists around, which gave it an entirely different vibe. We couldn’t go in because parts of it are still in use, and it was closed, but we were able to walk around the whole castle and took lots of photos. I really liked this view because you can see a tree growing inside through the window.