Exploring Easter Island with a rental car gave us a lot of freedom and flexibility. On day one, we saw so many amazing Moai statues, beautiful landscapes, and possibly the best beach ever. I was worried day two would feel like more of the same, that we might get bored or desensitized from seeing so many Moai statues. But we still hadn’t visited the quarry, Rano Raraku, one of only two places we had to pay an entry fee for, so I was looking forward to that as our first stop of the day. 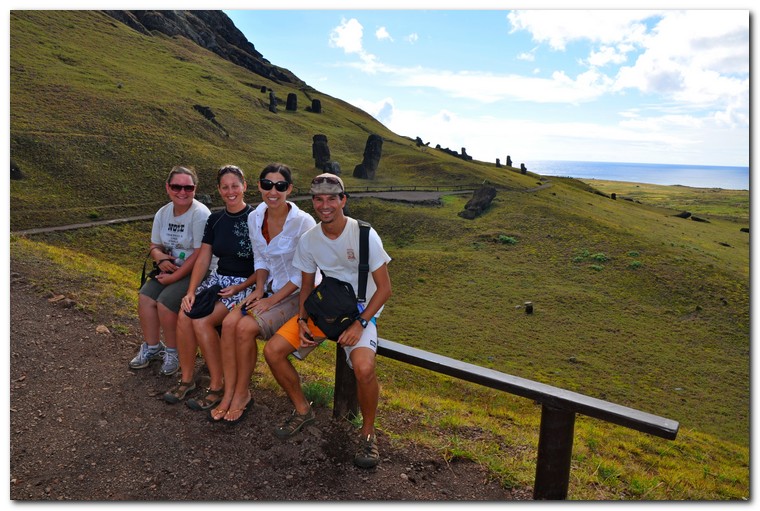 Ahead of the Crowds

Luckily, since we decided to make this our first stop of the day, we were among the first people there and beat the tour groups. We were able to walk around and take pictures of all the Moai statues and heads sticking up out of the ground with very little risk of getting another person in our photos. 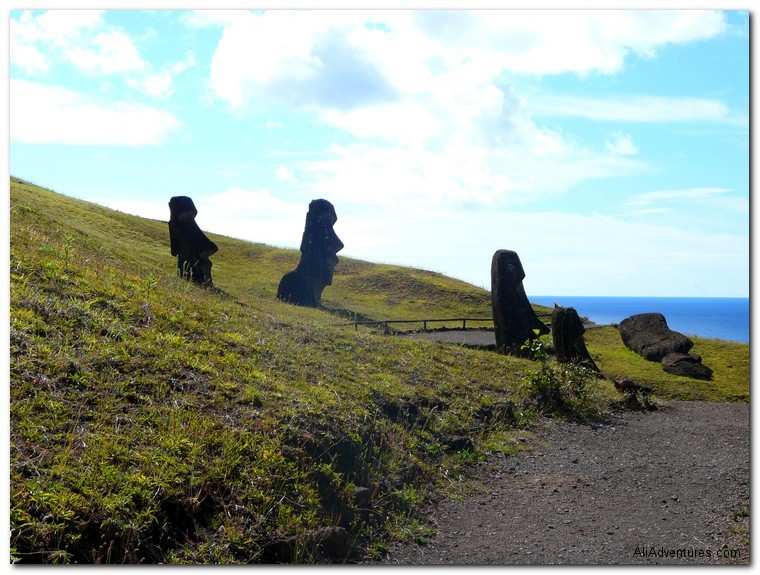 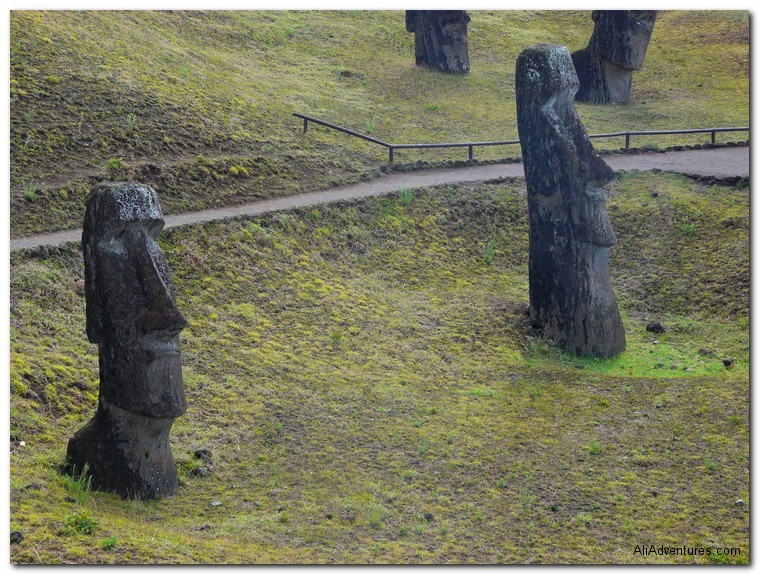 One of the first things we noticed was that we could see the group of 15 Moai statues from the quarry. We saw them up close the day before, but from this vantage point, not only could we see the line of them, but we could see the ocean behind them. So amazing! 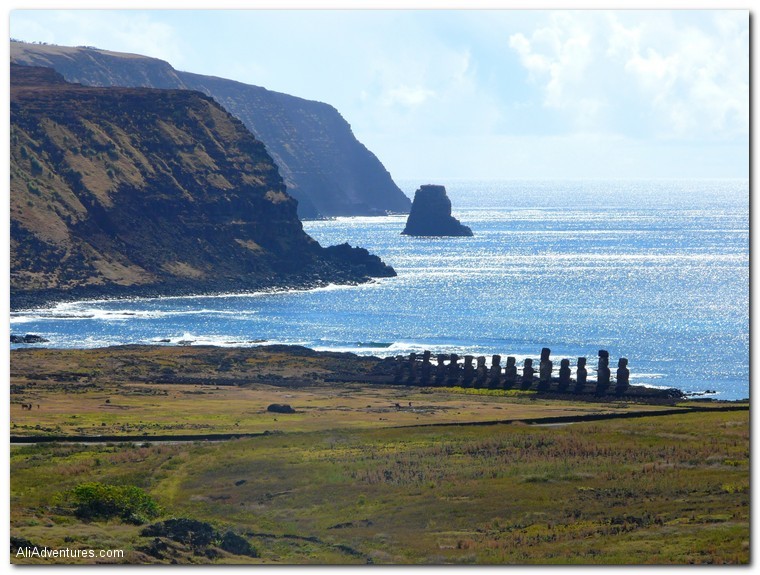 Several interesting Moai really stood out because they were a little different from the rest. The halfway buried head so giant I almost didn’t see it because I thought it was just another part of the hill: 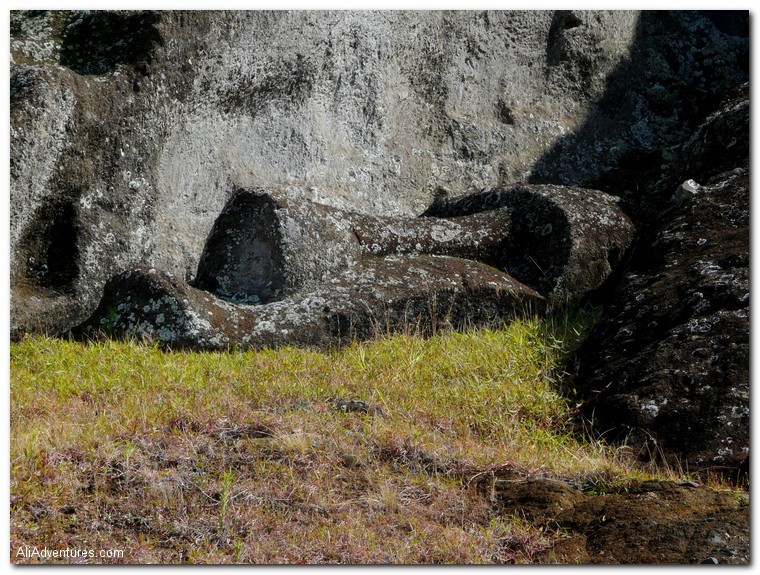 And the kneeling Moai: 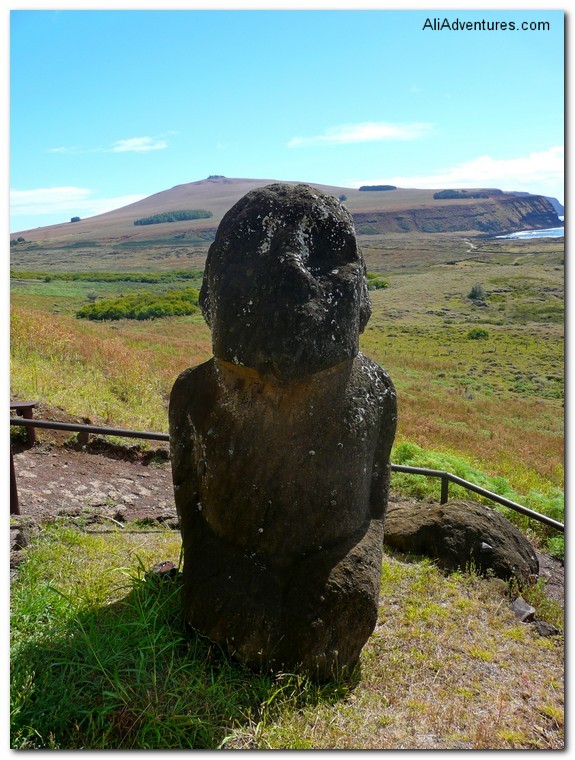 Not Just a Hat Rack

I’m not sure why I thought I might get tired of seeing Moai. We spent about two hours at Rano Raraku. This place was incredible! They weren’t just heads sticking up out of the ground. These statues had full bodies buried under the earth. They have been there so long that they became semi-covered by grass and dirt on the hillside. I took so many pictures, I had a hard time narrowing it down to this group.

Heading Back to the Beach

We drove around to a few more sites, but eventually the beach was calling to us again. Even the storm clouds rolling in couldn’t keep us away. 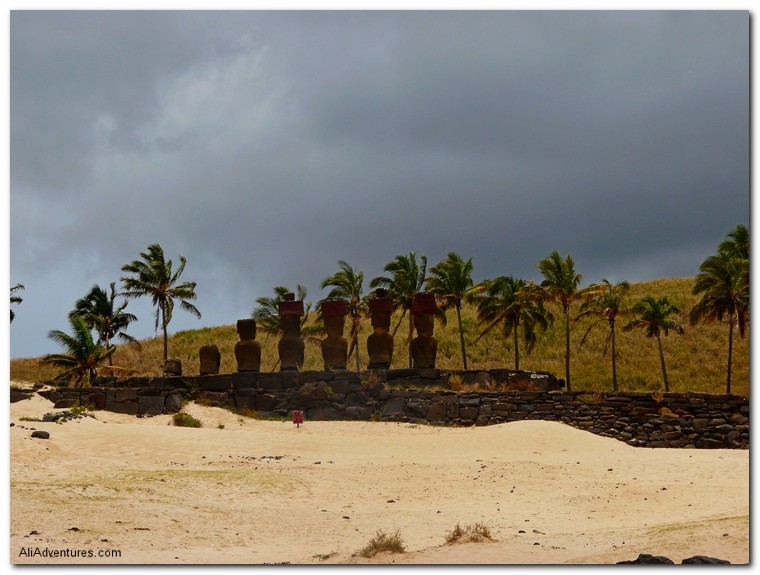 We also revised our sand Moai strategy. If we built it laying down, as so many of the statues actually were laying on the ground, maybe we could make it look more realistic. Ok, maybe it was never going to look realistic, but this sand Moai had people stopping to take pictures after we were done.

Unfortunately we had to witness a couple of dogs trample it as we were leaving.

We ended our two day tour exhausted, but it was one of the best experiences of my round the world trip. Easter Island was amazing, and I don’t often say this, but I’d love to go back.

Thanks again to Tamir and Susanne for letting me use a few of their photos for this post!

Sign Up
Driving Easter Island – Day 1 Laid Back in Moorea