When we were finally ready to do some serious exploring on Easter Island, Amanda and I agreed to go in on a rental car with Tamir and Susanne, the Swiss couple staying in the room next to ours. Since it’s such a small island, Amanda and I thought we’d only need one day, but Tamir and Susanne rented the car for two days. And we were so glad they did!

After stocking up on some cheap empanadas, bread and peanut butter, one of the ways to save money while visiting Easter Island, we hit the road. We didn’t really know where we were going, but there’s only one town on the island, so once you get outside the town, there’s really only one road. Obviously the main objective was to see Moai statues, but we made several stops to admire the landscape as well. 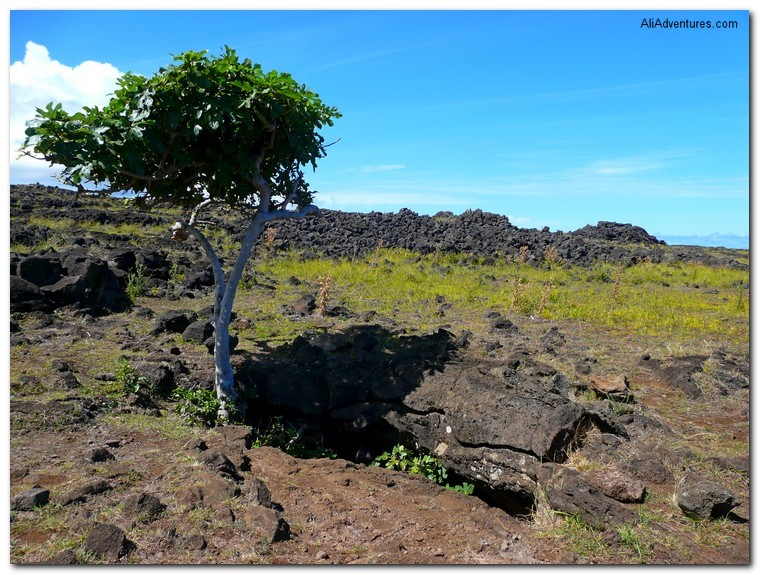 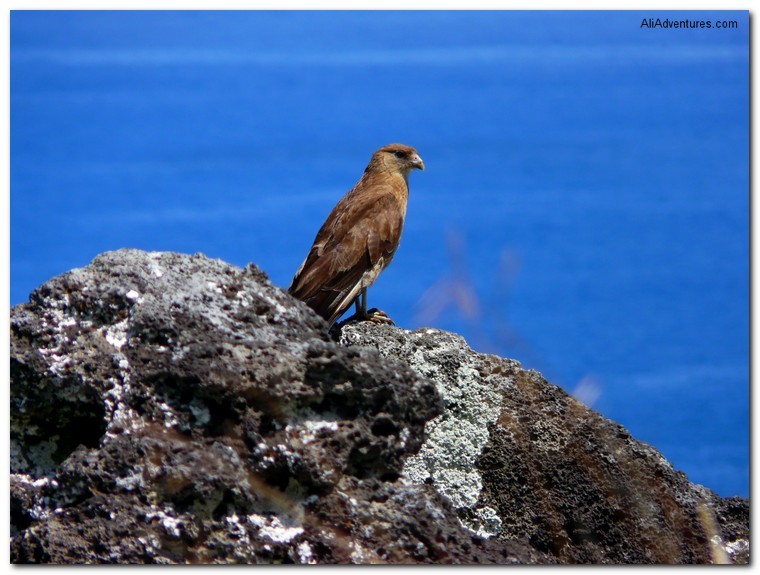 We saw that bird while looking for a historical site. After parking the car, we started wandering through a field, sun beating down on us. After 20 or 30 minutes, Tamir ran went ahead to see what he could find while we waited under the few trees we could find. When he finally came back, he reported that the only thing he saw was a rotting horse carcass. So we headed back towards the car. It turns out the site we were looking for was just yards away from where we parked, there just wasn’t much to look at, so we missed it.

The island has several caves that we decided to explore. I never thought of myself as a claustrophobic person, but the first one we went to had such a narrow, short opening that I started freaking out. It was pitch dark and I forgot to bring my headlamp that day, so I couldn’t see a thing. I didn’t make it farther than a couple feet before turning around. But I did go into a couple other bigger caves later in the day. And hit my head while in one of them.

The first set of Moai statues we saw were unique because they face the water. All the others on the island have their backs to the sea. 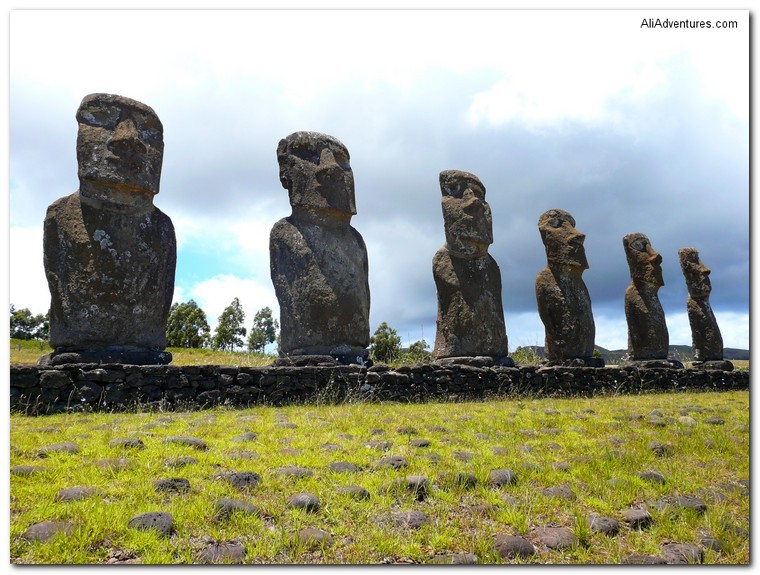 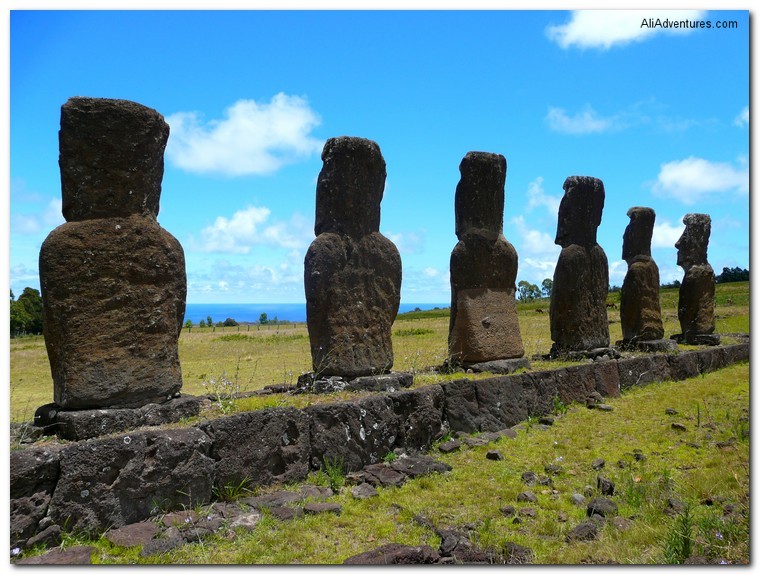 Just to give you a little perspective on how tall these statues are, here’s Tamir in between two of them. 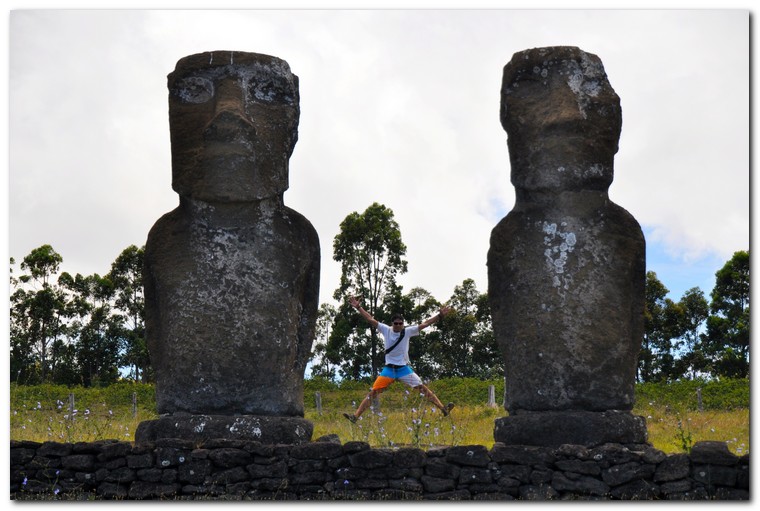 Towards the end of the day, we came to a huge field with some horses wandering around and a line of 15 Moai statues. 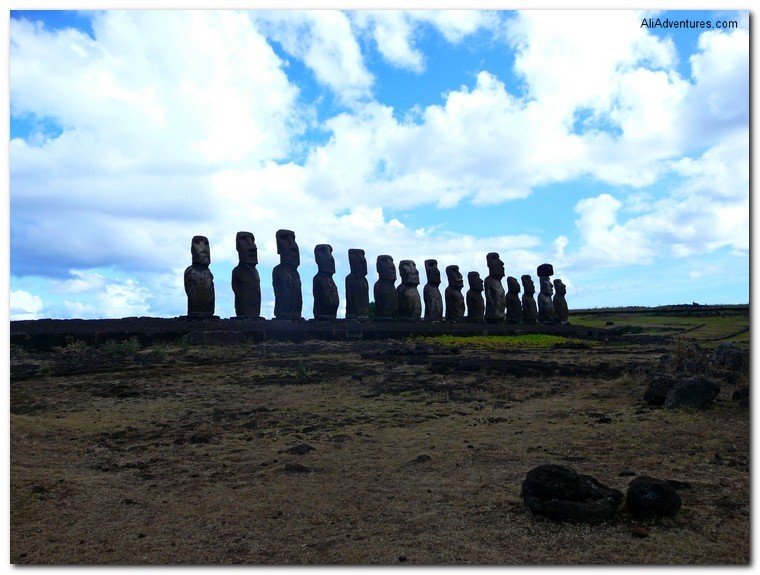 A Beach With Moai

The woman who owned the guesthouse we were staying at told us there was a nice beach on the island, so we brought our bathing suits. About halfway through the day, we decided a dip in the ocean might be a good idea to escape the heat. That’s when we realized the owner left out a major detail when she mentioned the beach. 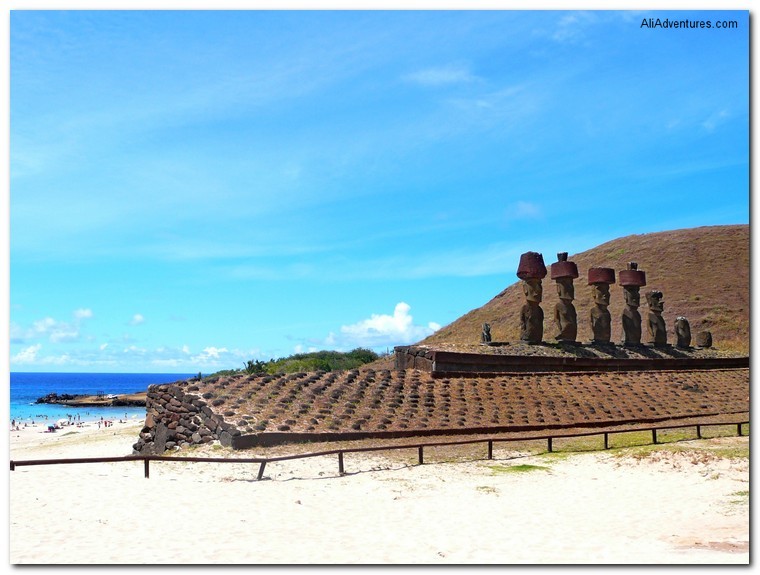 There were Moai at the beach! What could be better than that?

After jumping in the waves until we were exhausted, we did what any normal people would do. We started building a sand Moai. You know, instead of a sand castle. It didn’t work out as well as we had hoped, and in the end we decided it looked like a cross between a dog and George Washington.

Tamir claims he did not intentionally take this picture to make it look like the sand Moai is checking out the girl in the bikini. 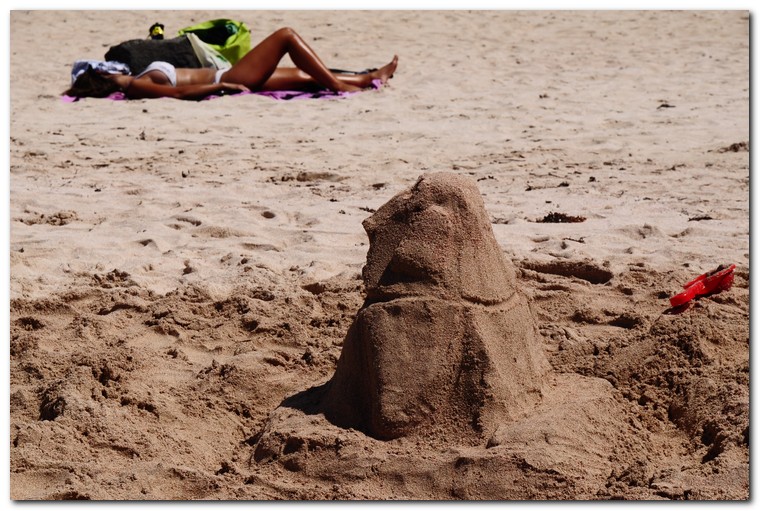 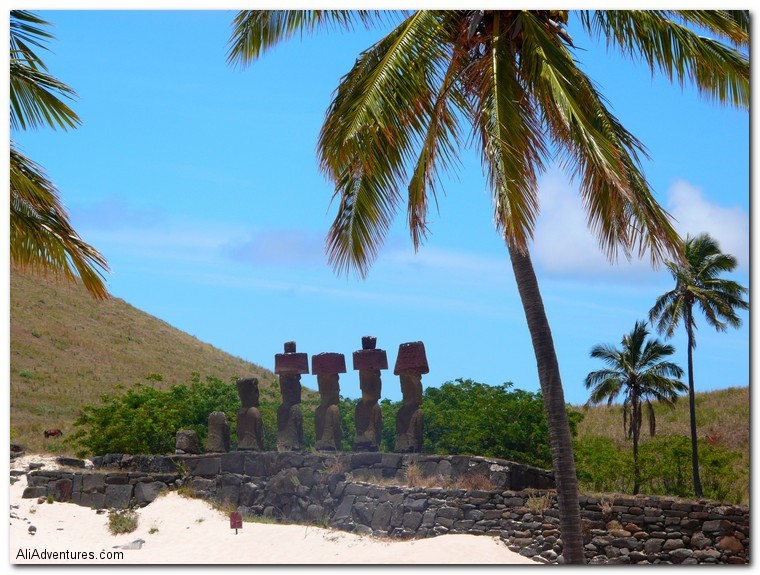 Amanda and I had scheduled diving and snorkeling for the next day, but we realized we really did need another day with the car to see everything we wanted. I cancelled snorkeling altogether because of sunburn, Amanda rescheduled diving, and we spent the next day exploring more of Easter Island with Tamir and Susanne. Not only was it amazing to actually be able to see the Moai, but it was so much fun to drive around with new friends.

Thanks to Tamir and Susanne for letting me use a few of their photos for this post!