All I ever heard about before coming to Easter Island were the Moai statues. There are several theories of why they were built, but no one knows for sure. The mystery surrounding them just adds to the allure. But once we actually got to the island, we had to figure out how to get to them without a tour. It’s not a big island, but it’s not really practical to walk from one end to the other, nor is there any public transportation. We didn’t like the tour option because we wanted to have more freedom and flexibility than tours allow. 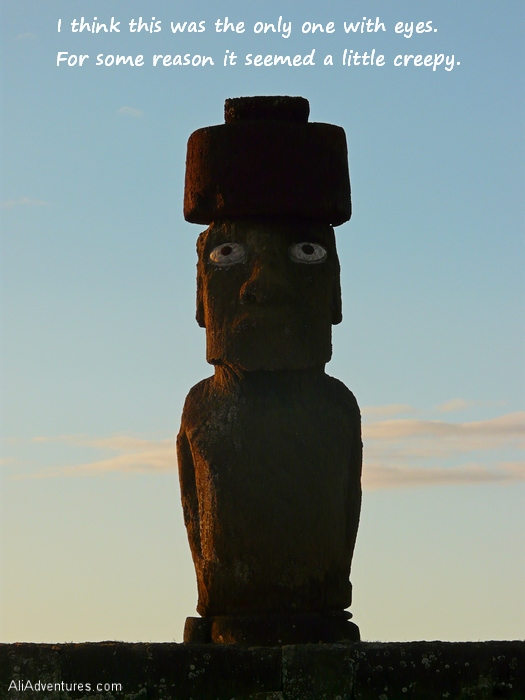 When it rains, pull out the rum!

We got as far as tentatively agreeing to go in on a rental car with the couple staying in the room next to ours, Tamir and Susanne from Switzerland. Then Amanda and I decided it was just going to be a lazy day, which turned out to be a good choice because a little while later, it started pouring. With no other plans for the afternoon and rain coming down in buckets, we made guacamole (ingredients from the vegetable lady who let us pay the next day) and broke out the bottle of Malibu we purchased in the Tahiti Airport’s duty free shop.

The one glass Amanda was able to dig up was shaped like a tea cup but only slightly larger than a shot glass. So we were basically drinking shots of Malibu and fruit juice in our room, door open so we could talk and joke around with Tamir and Susanne who were sitting at the table in the backyard. 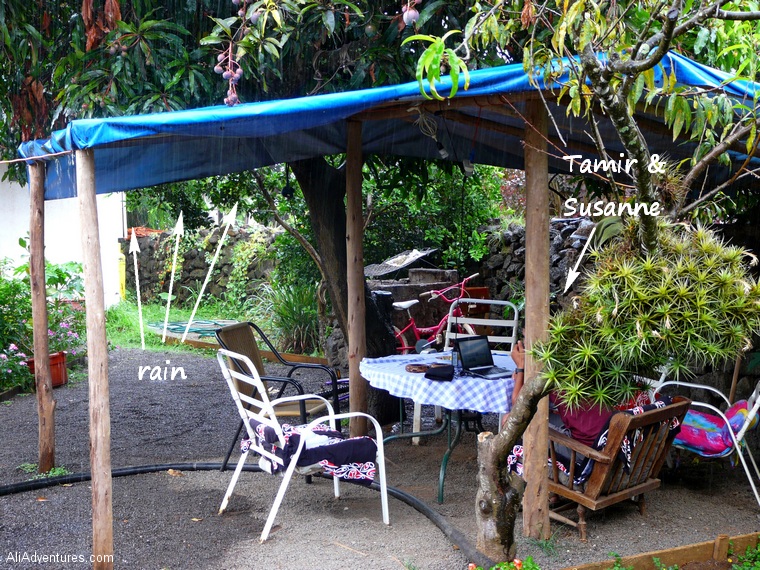 Eventually we ran out of fruit juice and had to run to the store when the rain let up a little. The juice I grabbed from the shelf was chosen not for its peach flavor, but for the picture of Barbie on it. Apparently Barbie is peach juice marketing genius. I’m kicking myself for forgetting to take a picture, but I guess that’s what happens when you’re drinking Malibu and fruit juice at 4:00 in the afternoon.

Later that evening, we met up with Jenny, another blogger who randomly saw me tweet a few days earlier that I would be in Easter Island. I traveled to a lot of places where I expected to run into other bloggers, but only managed to meet up with one in Siem Reap, so to meet someone in one of the most remote places in the world was pretty crazy. Crazier still, she lives in Atlanta but we never ran across each other while I was living there. 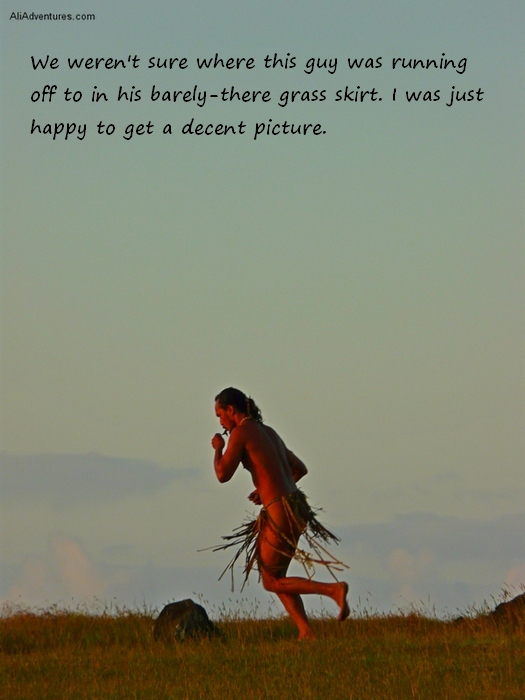 Our night ended with one of the best sunsets I’ve ever seen. I’m such a sunset fanatic, and a sunset with Moai statues is right up there with a Santorini sunset. Easter Island was impressing me left and right. 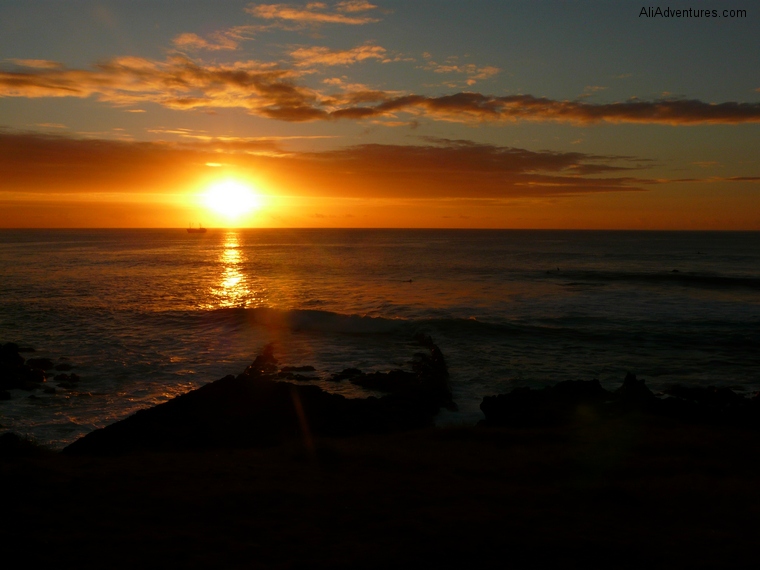 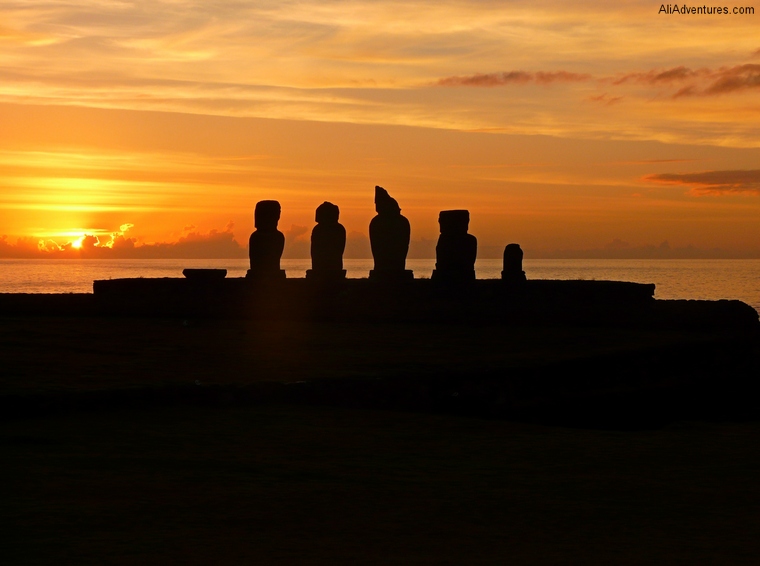 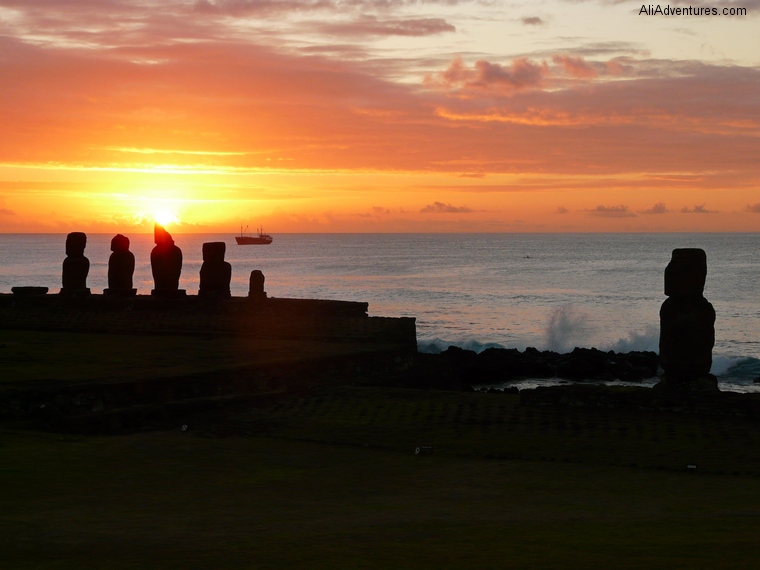 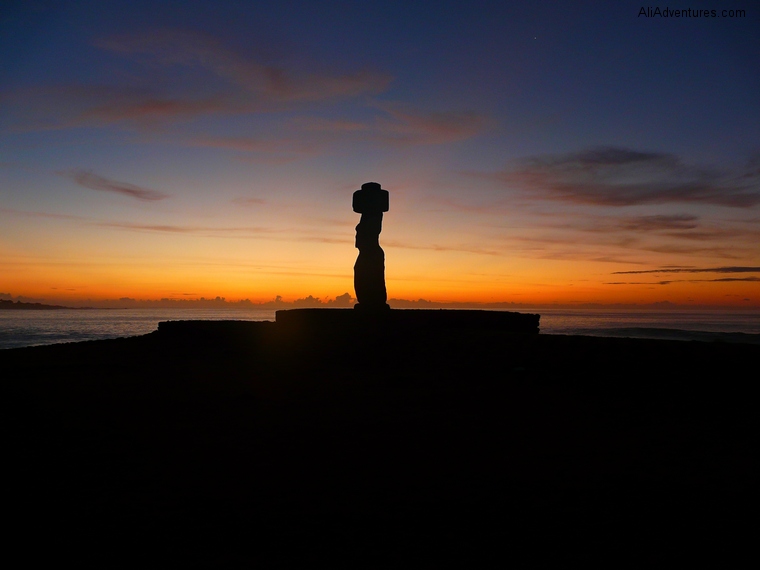