Both of my parents had Italian grandparents who moved to the US in the early 1900s. They grew up eating Italian food, so trying the food on a trip to Italy held even more meaning for them. I wanted to show them how regional Italy is when it comes to food, and that the food in Rome is different from some of the things they grew up with. (My mom’s Italian grandparents were from Calabria, and my dad’s were from Abruzzo.) I had heard wonderful things about Eating Italy Food Tours, so Andy and I decided to sign the four of us up for their Trastevere food tour.

Trastevere is a typical Roman neighborhood a bit removed from the touristy area most visitors see. It’s on the other side of the river from the big sights. Lots of people live in this area, and the tour was a way to get a glimpse of the shops and restaurants residents go to all the time. It was a tour of a neighborhood with a heavy emphasis on the local food.

We started with pastries from a local bakery. They were almost bite-sized, which was fine since we knew we’d be eating a lot more on the tour. But they were tasty enough that Andy and I went back a few days later and loaded up on about 10 different things for one of our last breakfasts in Rome. 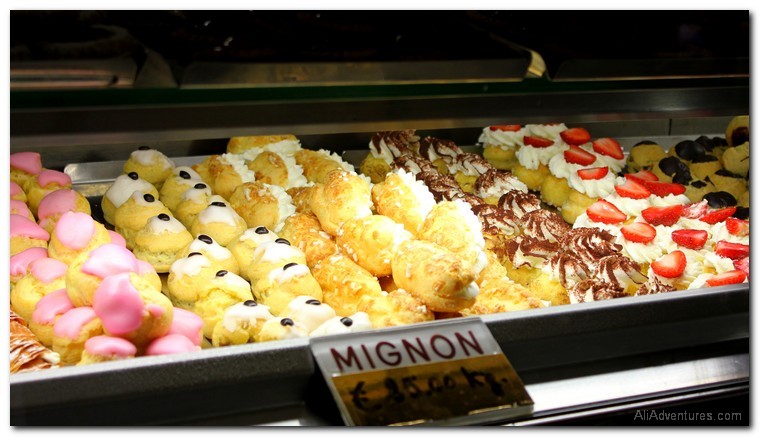 Our next few stops included a cheese shop and a butcher where we tasted pecorino cheese (one of Andy’s favorites) and porchetta. Porchetta is roasted pork, and even though I knew Italy has a big ham and salami culture, I had never heard of this variety of pork. It was so juicy and so different from what I normally imagine when I think of Italy and pork products. Lots of places will sell it on a sandwich for a quick lunch. 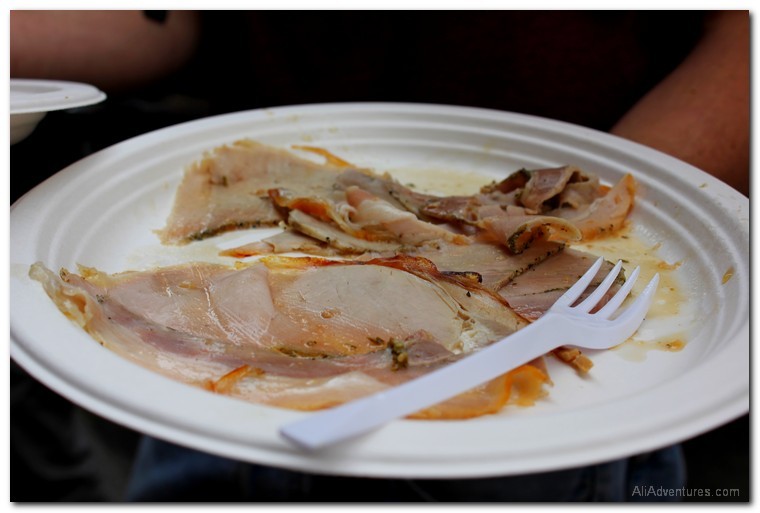 Another food I had never heard of before this tour was suppli. They are rice balls with a little bit of cheese, meat and tomato sauce mixed in and fried. Andy is still a little bitter that his somehow didn’t have cheese in it, but they were delicious. They make a good snack when you’re on the go.

We wandered through a local Trastevere market where we saw typical produce sellers, and we also sampled two different types of prosciutto.  We also stopped in at a restaurant that makes pizza at lunchtime as well as lots of bread. While all of this sounds like plenty of food to feed us for a midday meal, we still went to a sit-down restaurant for lunch. Three different delicious pasta dishes were served along with some local wine. 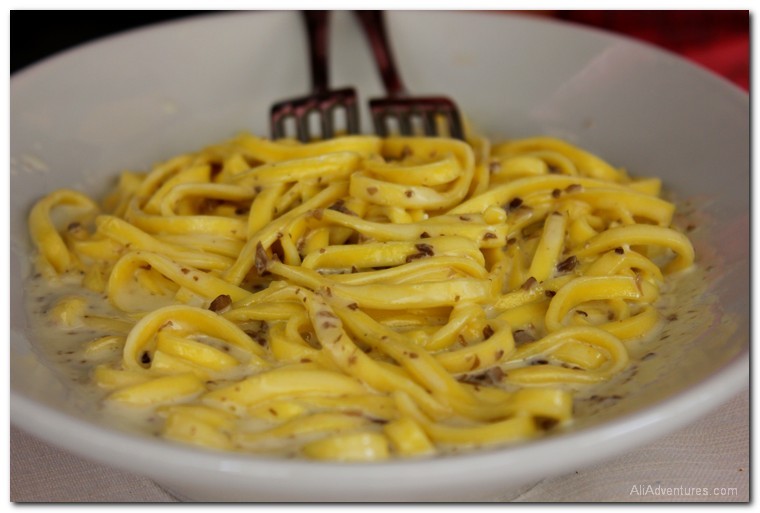 Probably my favorite part of the day was the gelato. No trip to Italy is complete without eating lots of gelato. There are several differences between gelato and ice cream, but the one that appeals to me the most is the fat content. Gelato is made with much less fat, which not only makes it more healthy, but it’s also easier on my stomach.

As I examined all the different flavors on offer, I saw one so absurd I had to get a sample: a combination of pink grapefruit, ginger root, horseradish, and caramelized lemon peel. I didn’t really like it, so I went for chocolate and mint. The mint actually had tiny bits of mint leaves in it! The shop also happened to be right next door to the apartment building where we were staying, and Andy and I ended up going back about six times in the next four days. 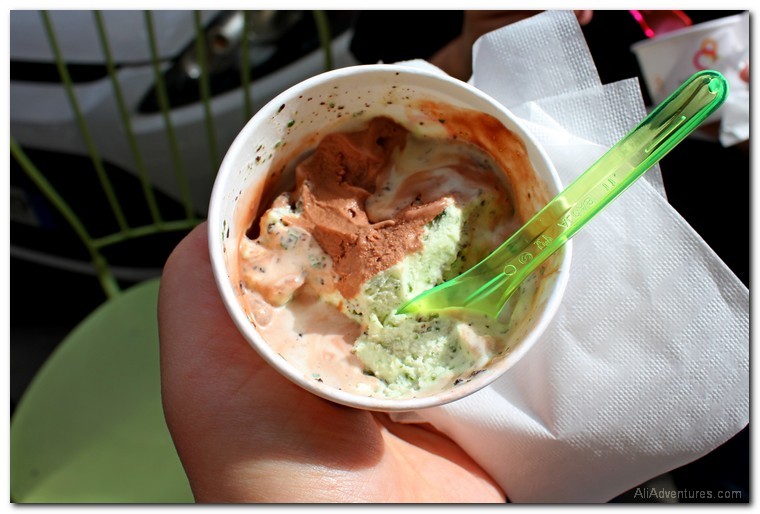 Planning a trip to Italy? Check out my Italy itinerary with ideas for planning a week in Italy.

This isn’t even all the food we got to try on the tour. There was so much food, I was full for the rest of the day. My mom didn’t even eat dinner that night. Every time I take a food tour, I’m more and more convinced that they are a fantastic way to learn about a city and its culture, and this time was no exception. We got to see a local side of the city and try food that is unique to Rome. It was just as Italian as the food my great grandparents passed along to my parents, and yet completely different in many ways.

Thank you to Eating Italy Food Tours who provided us with two Daylight Trastevere Food Tours. As always, all opinions and decisions to overeat are my own.

Sign Up
On Knowing When to Turn Back Scenes From Rome, Italy