On Knowing When to Turn Back

This is what ran through my head in a loop for nearly the entire two hour taxi ride from Tangier to Chefchaouen. This was our introduction to our relaxing, laptop-free, work-free vacation in Morocco. Our driver seemed to think he was in a race car, and yet he jerked the wheel and over-corrected when going around curves in a way that reminded me of a teenager learning to drive.

He passed cars without really being able to see oncoming traffic. He drove too close to the car in front of him when he obviously couldn’t pass. He sped up and slammed on the breaks constantly. It was a nightmare. Worse than any crazy driving I’ve ever experienced in any of my past travels.

This was all after several days of traveling from Italy to Spain to Morocco. It was our fourth day of being in transit, and to top it all off, I accidentally left my jacket on the bus from Sevilla to Tarifa, where we caught the ferry to Tangier. Morocco is cold in the winter, and without my jacket, I was freezing in the death taxi since the driver had his window open. 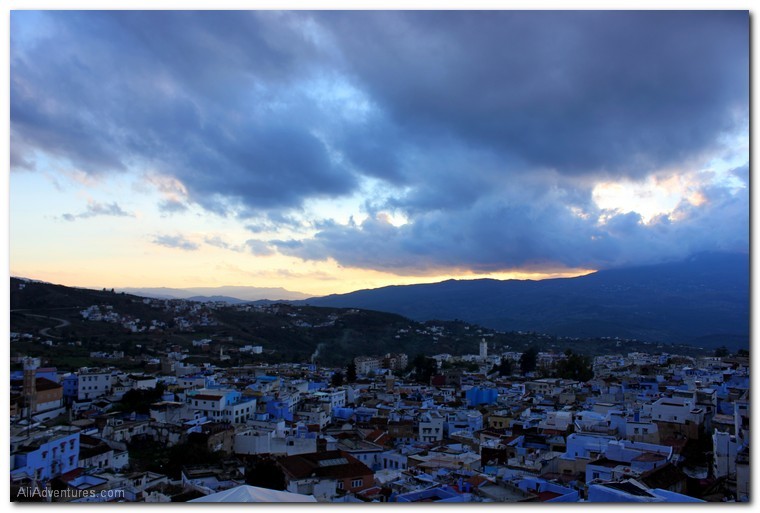 By the time the driver dropped us off outside the medina, I was a mess. I made it about 10 steps from the taxi before I started crying. Andy gave me a big hug, we found a shop selling sweatshirts and got something to replace my jacket (sort of) and started looking for our hotel. (The majority of the medina is pedestrian-only, otherwise we would’ve been dropped off right at our hotel.) Finding our hotel was so difficult, I crumpled into a pile of tears in the middle of an alleyway.

We spent three nights in Chefchaouen and two nights in Rabat. I’ll write more about those cities later, but the short version is that about 95% of the time, we weren’t having fun. It was colder than we expected and hoped for, it rained more than half the time, and the food was making us both sick. Not food poisoning sick but, without getting graphic, it wasn’t a pleasant effect. I’m pretty sure it was that the food was way too oily. Once I realized the food was affecting me at every meal, I started to worry. The last thing I wanted was to really get sick again.

Once we arrived in Rabat, we started thinking about the time we had left in Morocco. Our next stop was Essaouira, which is a coastal beach city. Given the temperatures and the endless days of rain in the forecast, it felt like a bad choice. After that we had several days scheduled in Marrakesh, which is probably the most popular city in the country, but it’s also reputed to be quite overwhelming and chaotic. And as much as we were looking forward to our desert tour, I worried that sleeping in the desert in December would be miserably cold. (The tour company confirmed this when I emailed them to cancel.) 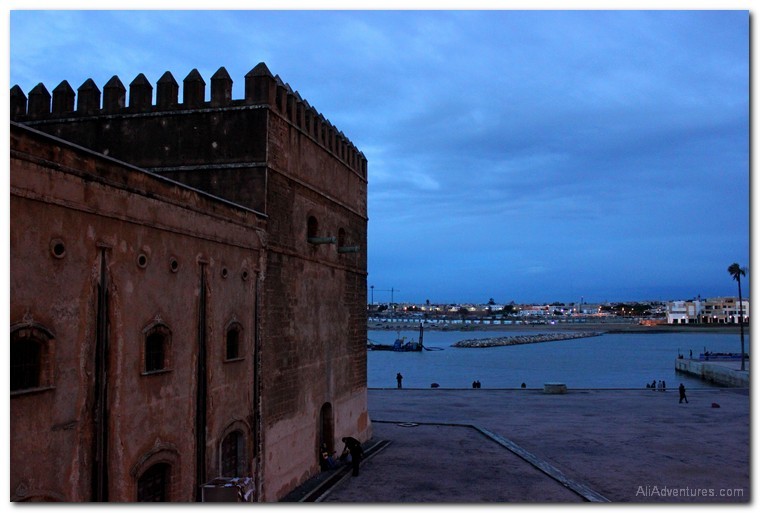 Ultimately we decided we couldn’t go on. Forcing ourselves through 12 more days of stress and not enjoying ourselves and getting sick from the food didn’t seem wise. We lost about 175 euros on a few things we couldn’t cancel, but it was worth it. After our two nights in Rabat, we boarded a train to Tangier and then hopped on a ferry to Tarifa, Spain. We spent one night there, and then headed back to Sevilla by bus, 10 nights earlier than scheduled.

I still want to see other parts of Morocco. I still want to take a desert tour, although Andy is more excited about the camel riding part than I am. But we need to be in the right mindset, we need to be healthier, and we need to go during warmer weather. So we’re not writing off Morocco completely, but cutting our trip short and turning back was absolutely the best decision for us at the time.

By the way, as soon as I realized I left my jacket on the bus, I emailed the bus company in broken Spanish to see if they could find it. A few days later, they wrote back to let me know they did find it, and they were holding it for me in Sevilla, so now I have my jacket back!