Carcassonne is a town in France, near Toulouse, which is famous for its old walled city and castle. I had never even heard of it, but Andy has a board game that’s based on this castle, so he wanted to go. What started as a long weekend in Barcelona morphed into a 10 day trip to four different cities. Carcassonne was our second stop after an eight hour train from Brussels. 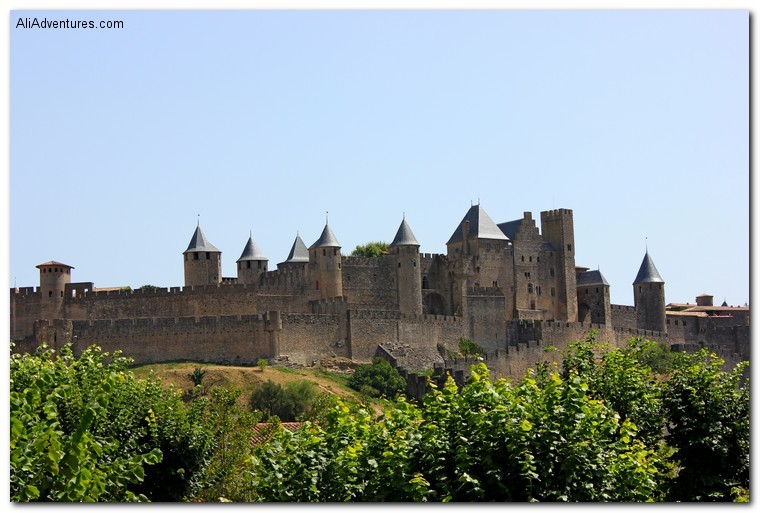 Everyone warned us how windy Carcassonne is, but when we arrived they were having an odd spell of windless weather, making the bright, sunny, 100F (38C) weather almost unbearable. We spent our first day wandering through the streets of the old city and hiding out in cafes with air conditioning. I actually thought I might faint at some point because it was so hot. 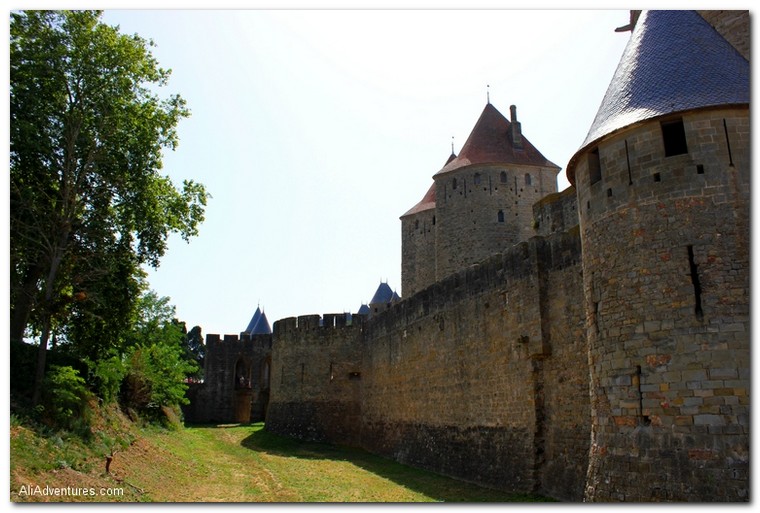 Towards the end of the day when we decided to go check out the castle, we found out the ticket office closes 30-45 minutes before the listed closing time of the castle, depending on the time of year. So if you visit, check the hours and give yourself lots of time. Luckily we had another day there, so we were able to come back the next morning. 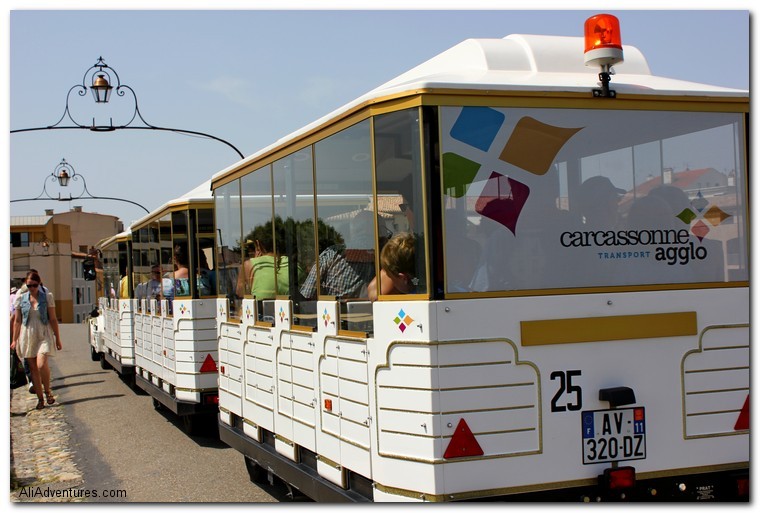 We saw this tourist train (called Touc) on our first day and joked about it, but after enduring the extreme heat, we decided we didn’t want to walk back up the hill on the second day. The train has a route through the center of town and up to the walled city for just 2€ one way or 3€ round trip on the same day. Definitely worth it. 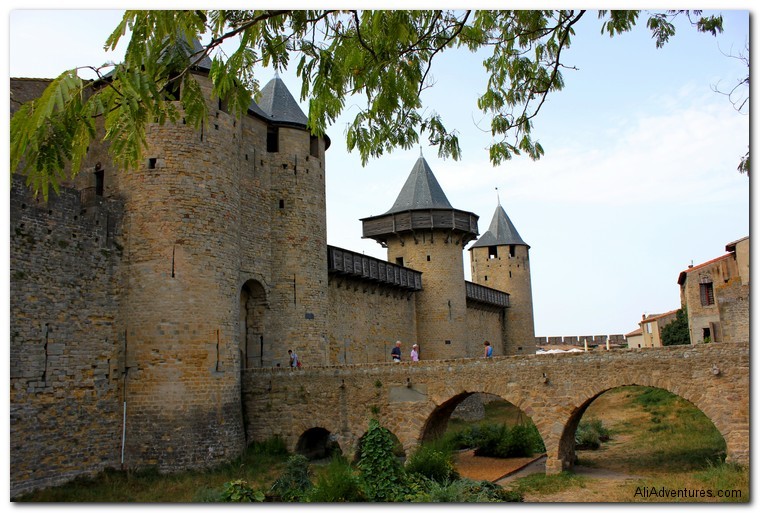 The downfall of going to the castle the next morning was that we ended up having to wait in line for over an hour, again in the blazing hot sun. But at least this time we knew we would get tickets and have as much time as we wanted to explore the castle. 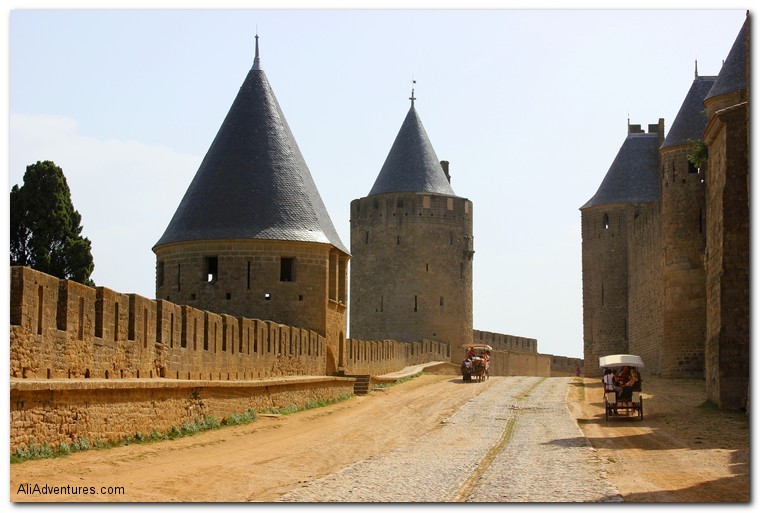 Carcassonne’s castle was protected inside of two fortified walls, much of which still stands today or has been restored. 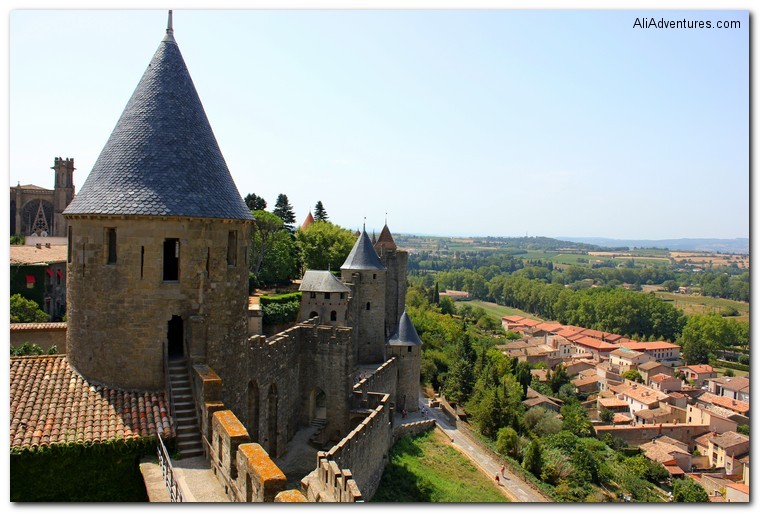 You can pay for an audio tour of the castle, but we decided to go through on our own. There were plenty of signs in English, French, and Spanish so we could read about different parts of the castle and its 2,500 year history. You can also walk along part of the walls for a better view of both the old and the new cities. 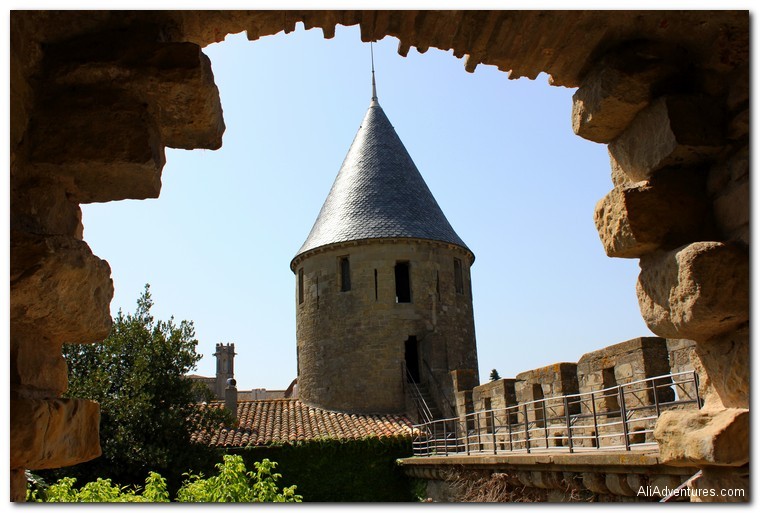 We didn’t stay in one of the hotels inside the walls because they were more expensive (though there was a hostel) but we did splurge on eating there. Touristy, yes, but it was still a nice atmosphere, and it meant we got to see the walled city lit up at night. 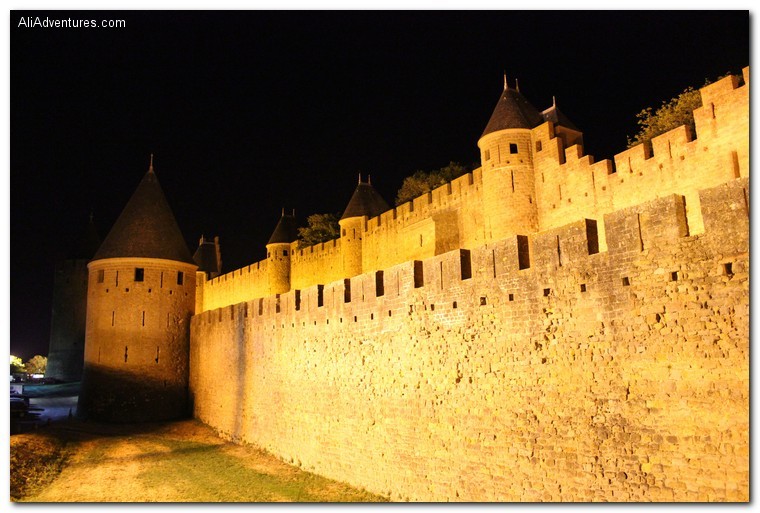 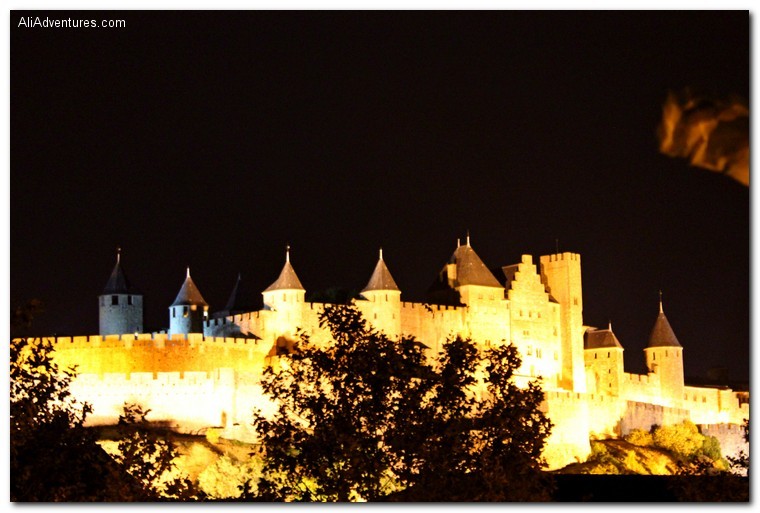 The nearest city to Carcassonne is Toulouse, which was about an hour on the train. Tickets to get into the castle are 8.50€ but entrance to the walled city is free.