A Walk Through Porto

Andy and I didn’t get to spend much time in Porto. We were there for a conference, so most of our time was spent inside of hotel conference rooms. But we did get to explore a little in between, and we had a full day after our trip through northern Portugal before we had to catch our flight home. With such a short amount of time, we didn’t try to do too much. We were content to just soak up the atmosphere.

Porto was a little more gritty than Lisbon. The architecture was really interesting, but not quite as polished. It made for a completely different vibe. Not better or worse, just different. But we still noticed colorful tiles everywhere. 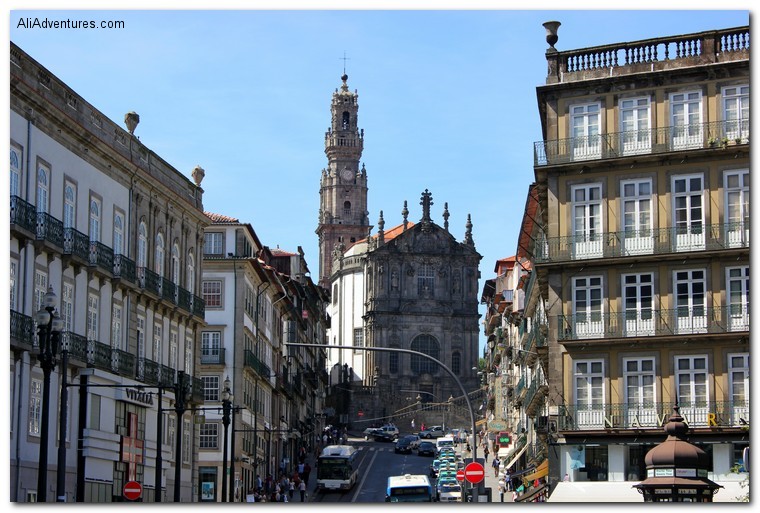 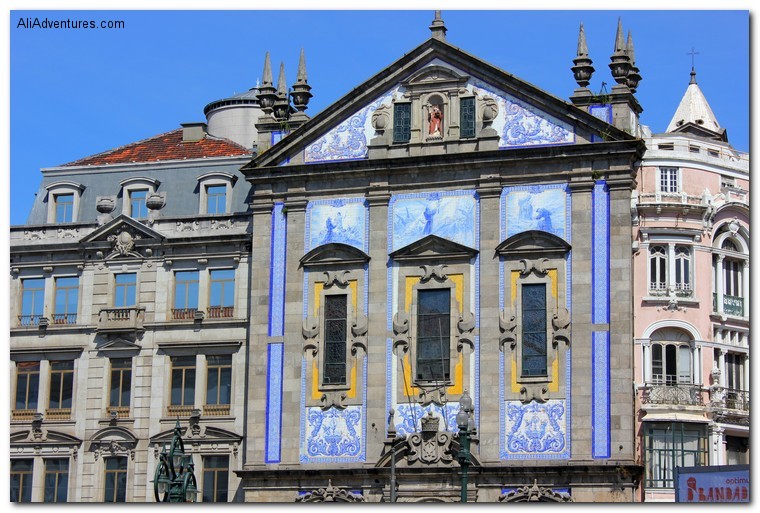 The train we took from Lisbon a few days earlier didn’t arrive at the São Bento station, but we heard it was worth seeing, so we made that our first stop after dropping off our bags. The inside entrance area is covered in gorgeous tiles, mostly blue and white, depicting scenes from Portugal’s history. 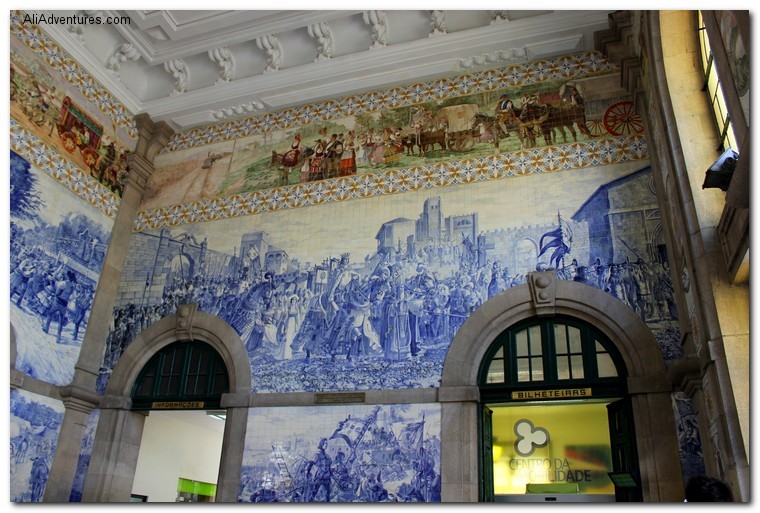 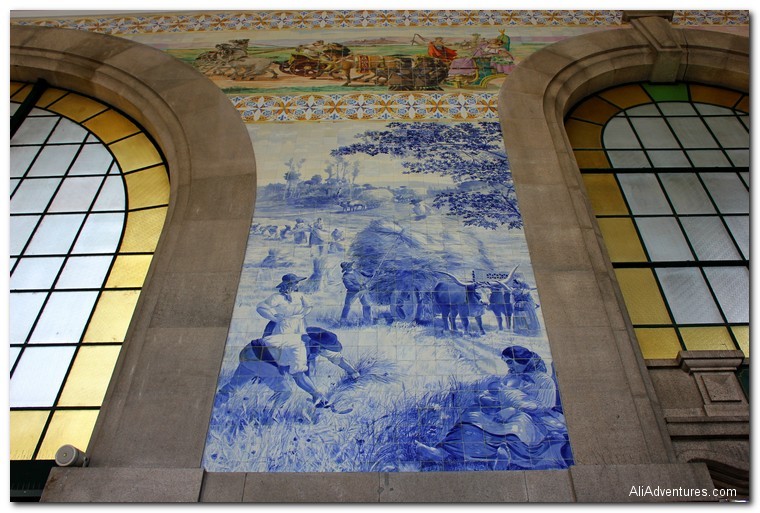 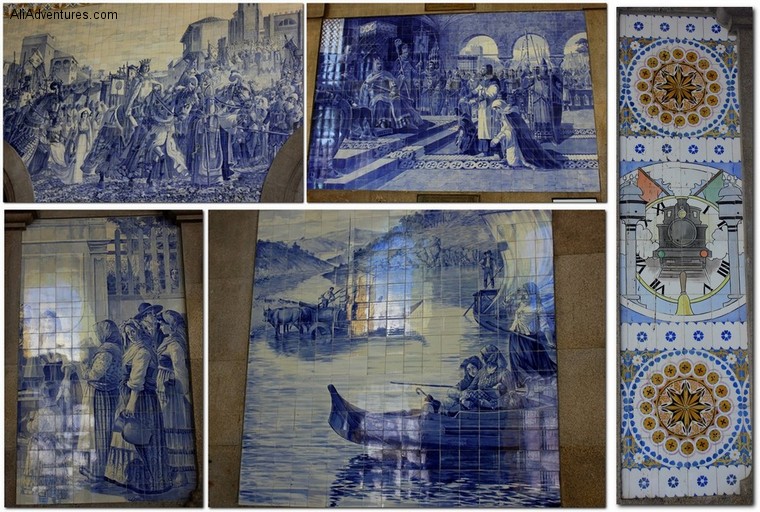 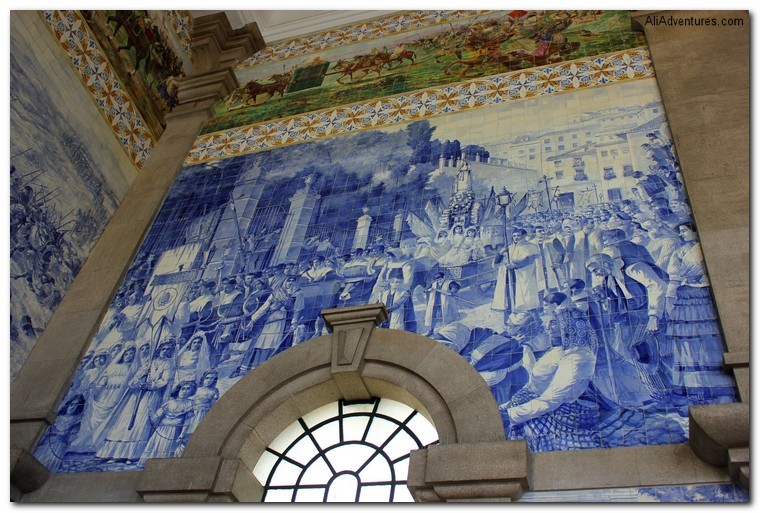 Then there was this statue of a newspaper delivery man with a post box. 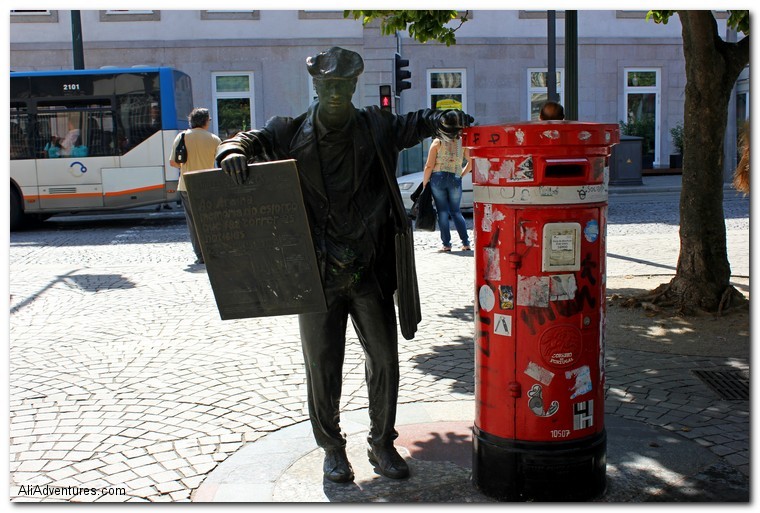 Porto is located on a river, near the ocean, and the riverside is full of activity and cafes. We decided not to eat down there because it was rather expensive, but we did enjoy walking by the river and admiring the colorful buildings that overlook the water. 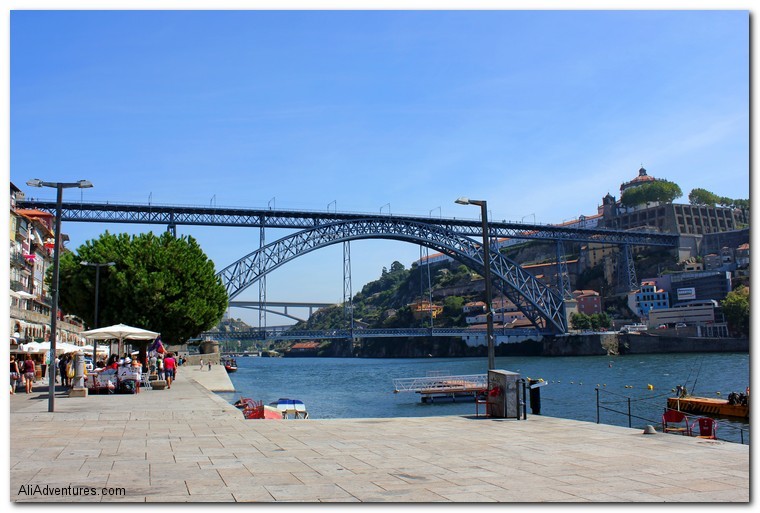 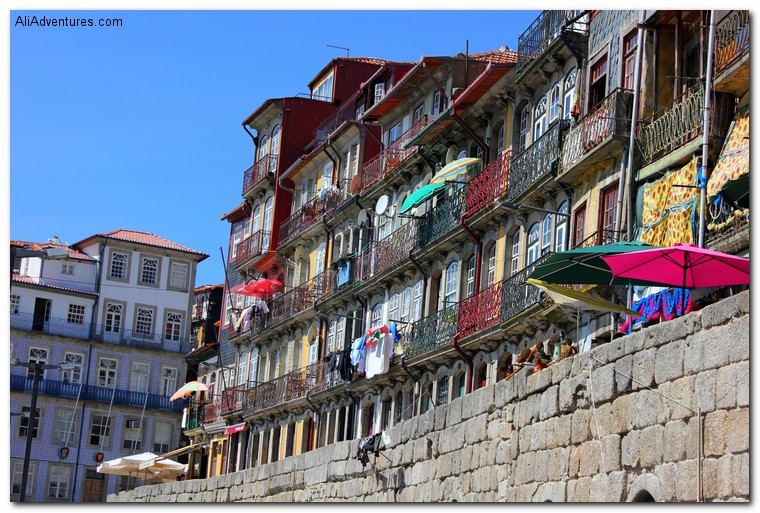 During the conference weekend, Andy saw an old tram going down the road. Since we didn’t get a chance to ride the one we saw in Lisbon, we made sure to ride this one in Porto. There are three different routes, two that make a loop and a third that goes nearly to the sea (so you’d have to buy two tickets to get out there and back). We choose the one that goes out towards the sea. I couldn’t get good pictures from the tram since it was moving, but it was a fun ride.

The outbound route ends near a park next to the water. We just wandered around talking, taking in the scenery, and imagining what it must have been like hundreds of years ago when people thought they were looking towards the end of the world. 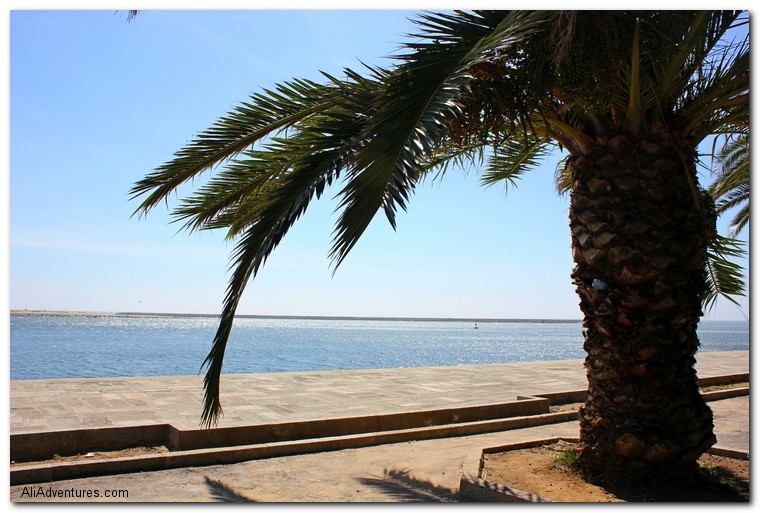 Our day in Porto was a relaxing end to a hectic weekend, and a good thing too, because our trip home was certainly stressful. Our flight from Porto to Basel was delayed, which meant it landed 15 minutes after the last bus left to go back to Freiburg. The taxi drivers quoted us 170 euros to take us to the train station in Freiburg, not even all the way home. It would’ve cost that much to take a taxi to a hotel, pay for the hotel, and then the taxi back to the airport the next morning. Luckily Andy remembered the bus company does private transfers, so he called them. We had to wait 45 minutes and pay 90 euros (paid 60, another woman who needed to get to Freiburg too paid the other 30) and we didn’t get home until about 2AM, but at least we got home.