Kings Canyon isn’t a national park I had really ever heard of. But it’s managed together with Sequoia National Park, so when I started planning our campervan road trip, it seemed like a reasonable idea to go to both sections. I think I assumed it would be similar to Sequoia, with the really giant trees. And while one part of Kings Canyon is like that, the other part is definitely not. Here’s how we spent 2 days in Kings Canyon National Park where not a lot of people visit.

If you’re driving from farther south, like Bakersfield or LA, you’ll enter the park through the Sequoia section. But if you’re coming from Fresno, Grant Grove is where you will enter. Note that you can’t drive into Kings Canyon from the east. We were coming from Fresno, so we stopped at the Grant Grove visitor center for some info, but we actually explored this area on our way out a couple days later.

Many people only see the Grant Grove area. It’s easily accessible, it has the big trees, and it’s pretty much on the way to Sequoia National Park, the more well known park. It’s home to the General Grant Tree,the third largest tree in the world by volume. When we stopped to see it, several tour buses full of people were there to see this famous tree.

It’s a reasonably easy walk to see the tree, and it doesn’t take too long. So I can see why this is about all most people see of Kings Canyon. It IS an impressive tree. But I’m glad we saw more of the park. 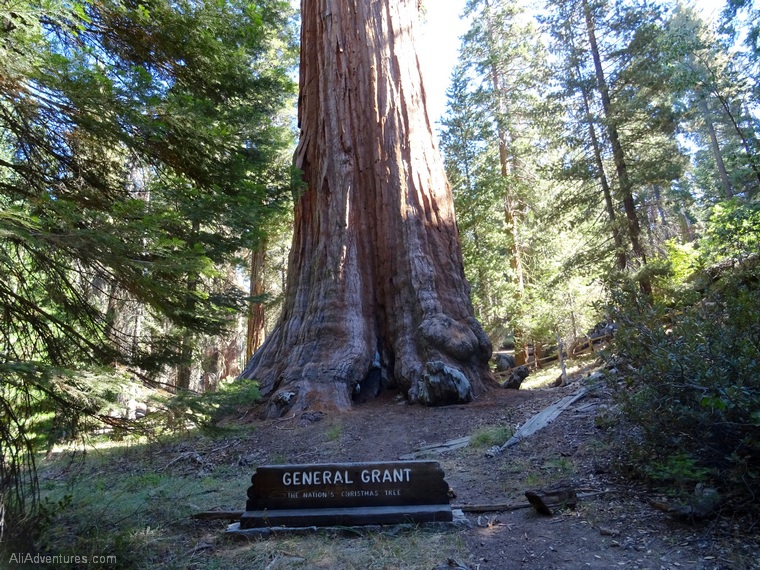 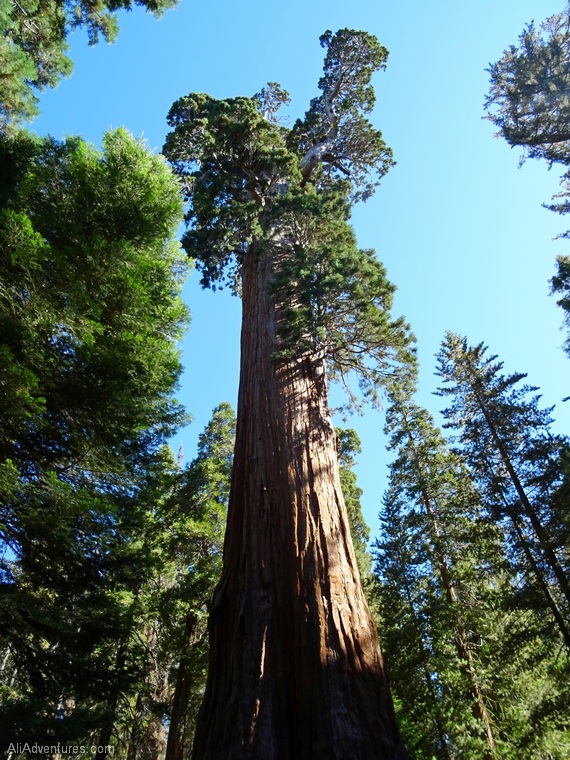 It’s easy to enjoy something when you don’t have many expectations. As we drove into the park, past the Grant Grove visitor center, the landscape started to change drastically. The forest opened up, and we were in a big canyon. I mean, it’s in the name, right? The drive should’ve taken about 45 minutes to the campgrounds, but I insisted on stopping so often for pictures that it took us twice that long.

We spent our time hiking on a few of the easier trails. Everything was so beautiful, I could stop gushing. It helped that there were hardly any other people around. We hiked alongside a river, through meadows and woods, stopped at waterfalls, and I finally started to relax and sink into our road trip.

If you want gorgeous scenery, peacefulness, and no crowds, definitely go to Kings Canyon, especially if you can do it outside of the peak summer months. We were there in late September, and it was almost empty. 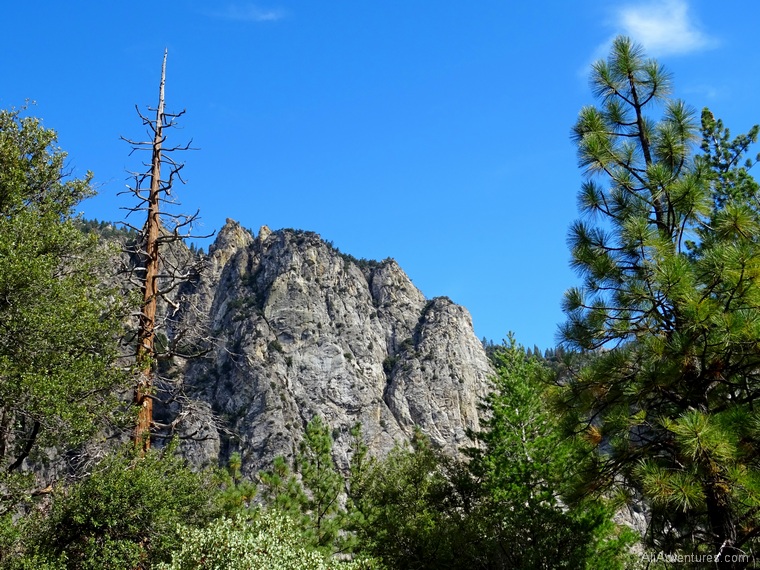 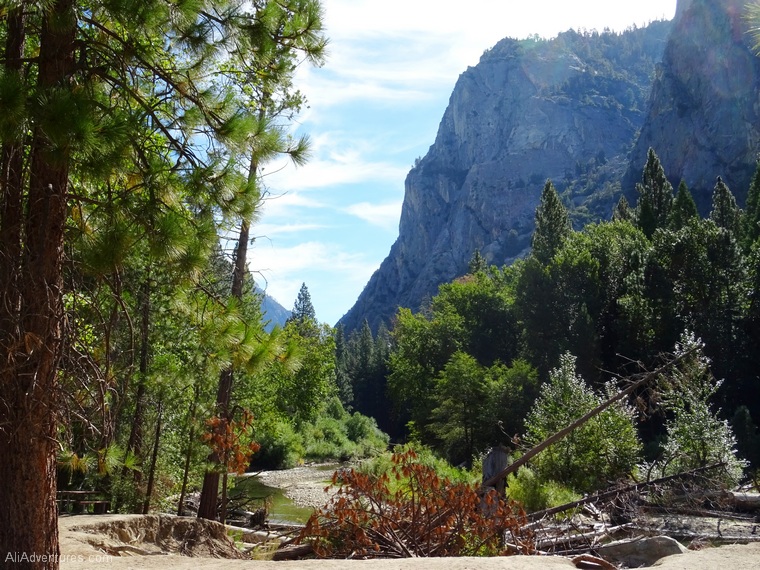 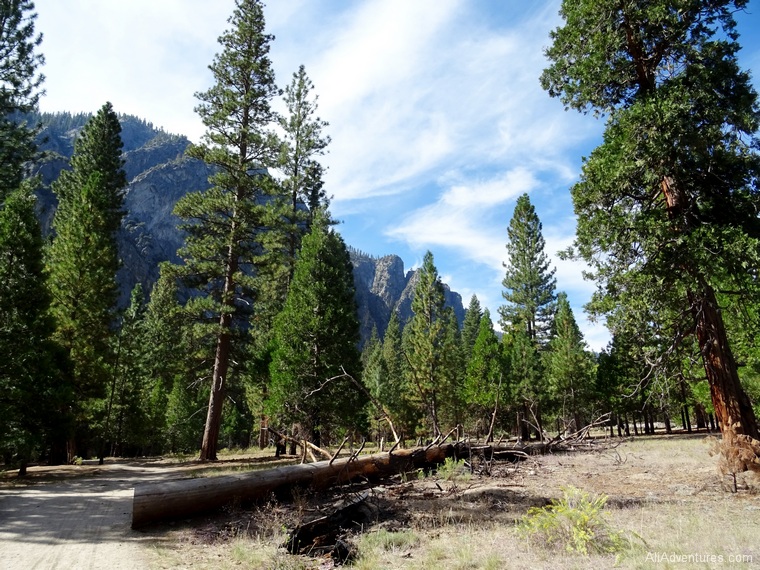 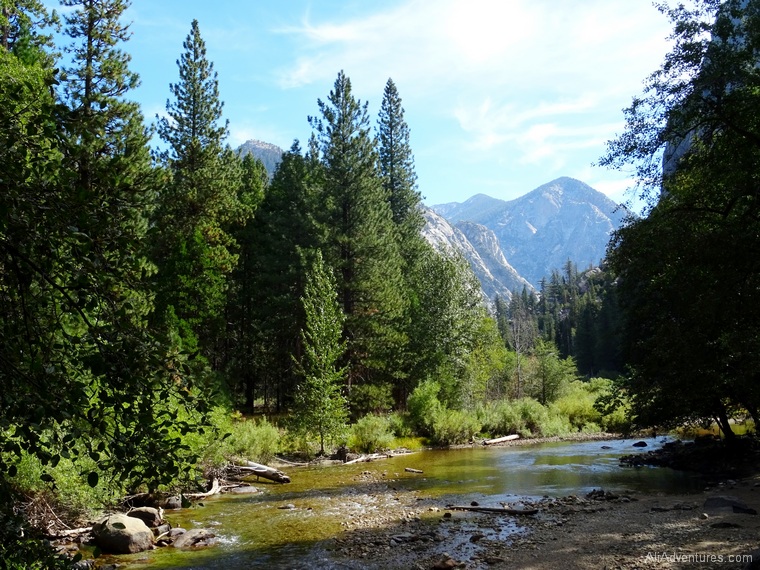 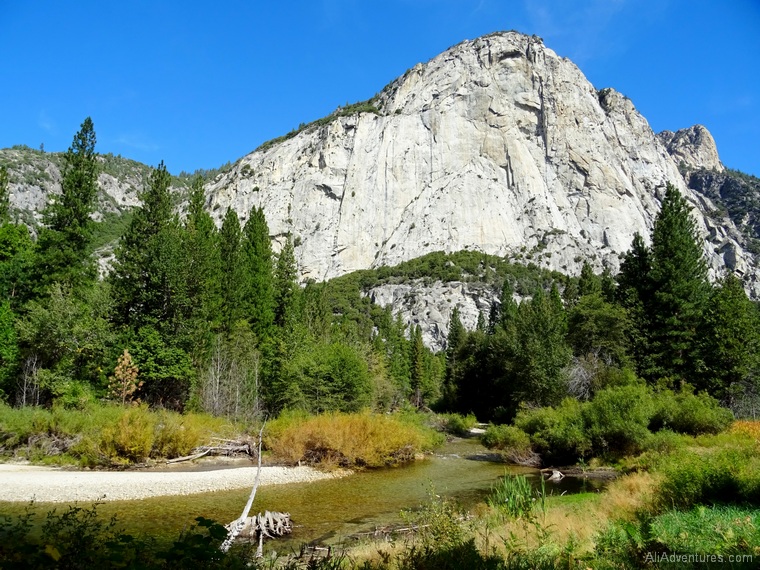 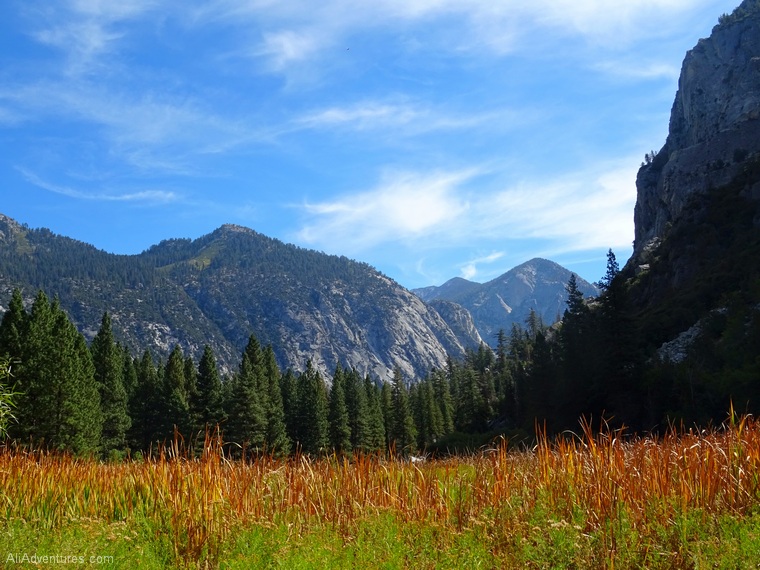 The Grant Grove section does have campgrounds, but the national park website showed that the shower facilities were closed. So it was probably dumb luck that we even ventured farther out into the Cedar Grove area, but I’m so happy it worked out that way.

We camped in Sentinel Campground, and I’m very happy that’s where we ended up. They weren’t taking reservations for the time period when we were visiting, and there wasn’t even anyone collecting money for campsites. Basically you drive around and find a campsite you like, make note of the number, and then fill out a little form that you put into a slot, along with your money, by the entrance. Some park employees did drive around in the morning to check that everyone had paid.

The campground was next to a line of mini cabins, and people using those cabins had access to a bathroom hut with lights. The bathrooms out in the campground didn’t have lights, so we were happy to be close enough walking distance to the lit one. It’s the little things that make you happy when you’re camping.

The Cedar Grove visitor center was already closed for the season, but there was a general store with basic supplies and a small restaurant/bar counter where you could order a few things. They also had shower and laundry facilities.

We also used their bathrooms a few times because not only did they have lights, but soap! Yosemite, Kings Canyon, and Sequoia are all in bear country, which means camp bathrooms don’t have soap because anything with a scent could attract bears.

The Cedar Grove campgrounds are only open in the summer, and at the end of September when we were there, they were starting to wind down. If you’re camping in Kings Canyon, and it’s summer season, I highly recommend this area. 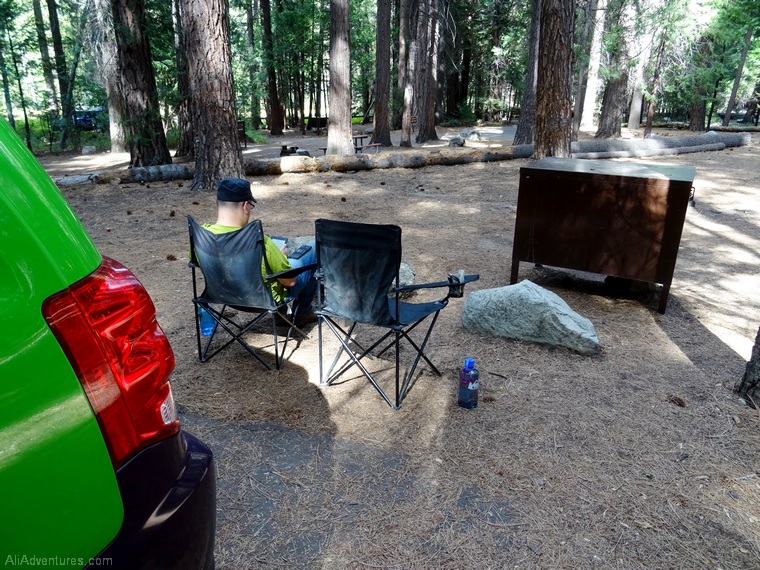 As I mentioned, I stopped a lot for pictures while driving into Kings Canyon. Well, on our way out two days later, I had to do it all over again. Some of the pull-outs were on the other side of the road, and it’s too tricky with all the turns to pull off on the opposite side of the road from where you’re driving. 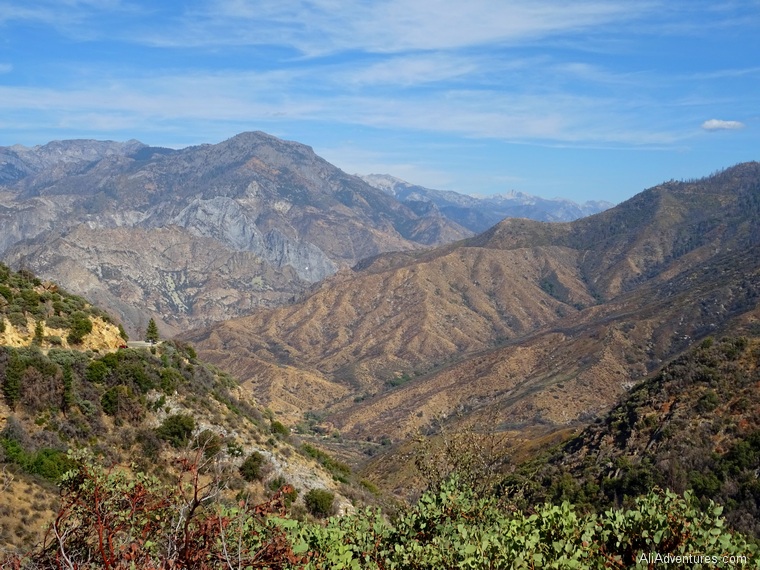 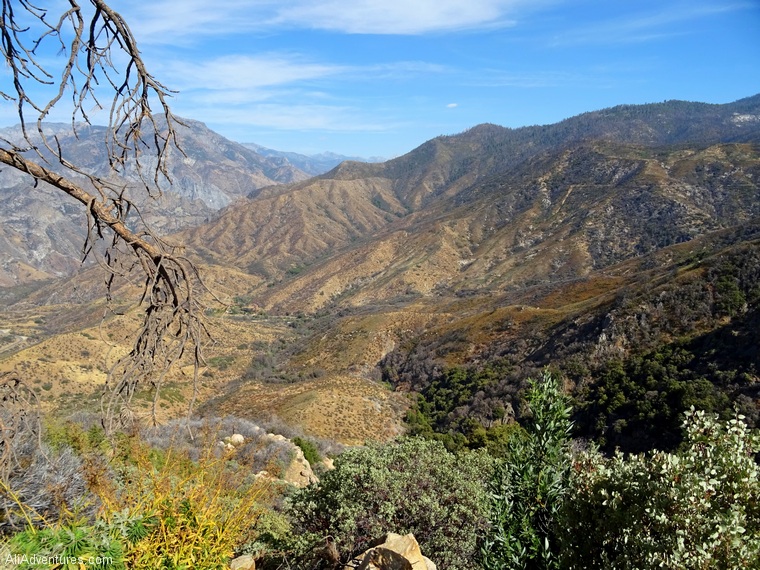 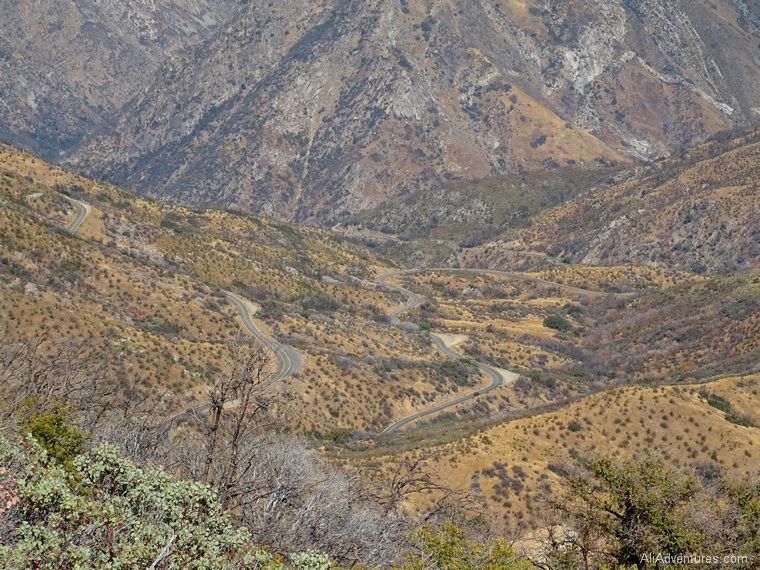 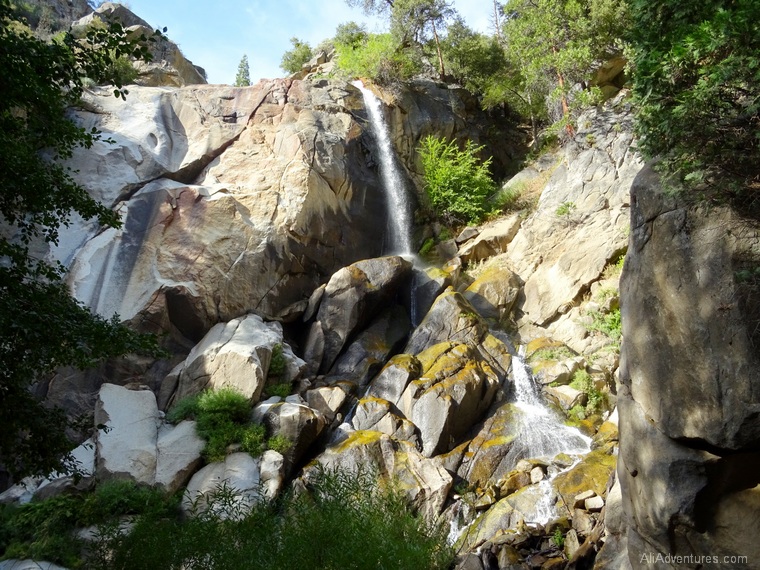 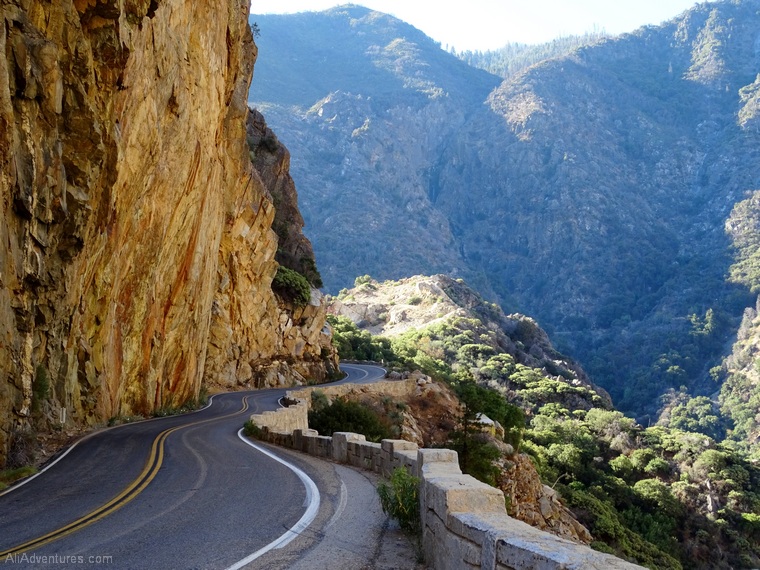 The normal entrance fee for Kings Canyon and Sequoia National Park is $35. If that’s the only park you’re visiting on your trip, and if you don’t plan on going to more than two national parks all year, it’s fine to simply pay the fee. But if you’re going to multiple parks, it is well worth buying a national park pass.

Kings Canyon National Park was one of my favorite parts of the entire 3+ week US road trip itinerary. I’m sure a big part of it was that I knew almost nothing about it, so I simply enjoyed the beauty without having any images in my mind of what I was going to see. It also helped that there were hardly any people around. There’s a lot to be said for visiting places that aren’t as popular. If you’re going to Sequoia, I highly recommend carving out some time for this section. I truly enjoyed our 2 days in Kings Canyon. 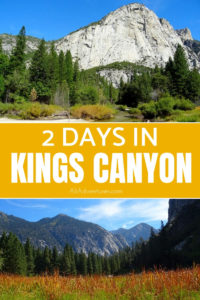