Rotterdam isn’t a city I had ever considered visiting. I had barely even heard of it when the announcement was made that the blogging conference was going to be held there this year. It’s a city that was heavily bombed during World War II. Instead of rebuilding and restoring the old buildings like a lot of cities in Europe, Rotterdam decided to start fresh. It has evolved into an artistic, quirky city in many ways, and I was pleasantly surprised.

Just wandering around the city, we constantly came across quirky statues, like this one I thought looked like a Transformer. Andy said it was a Gundam. I don’t actually know what a Gundam is, but it’s a cool statue. 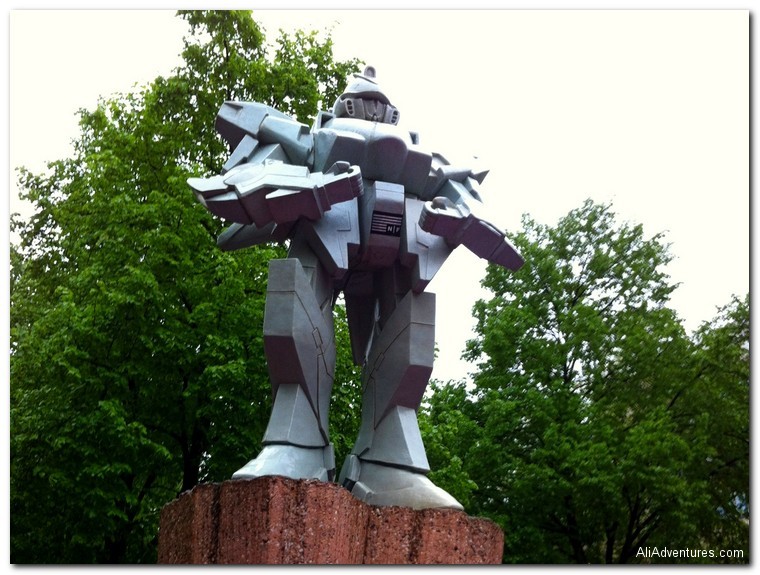 We also saw this dog statue on a road near some bars and restaurants. The poo in front of him is part of the statue. 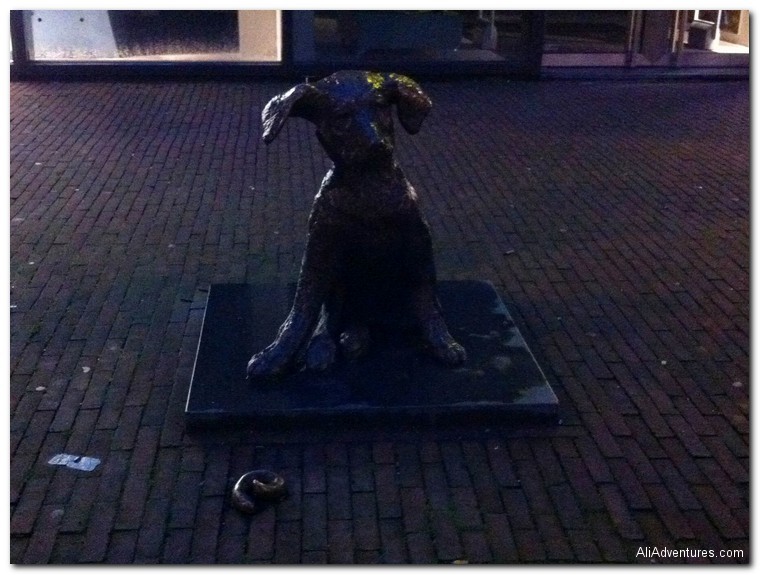 Then there was this statue of one bear climbing onto another one. 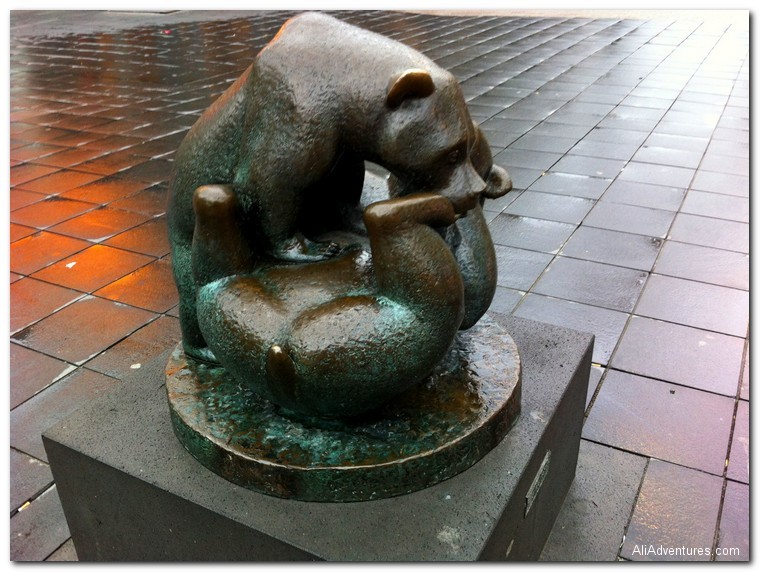 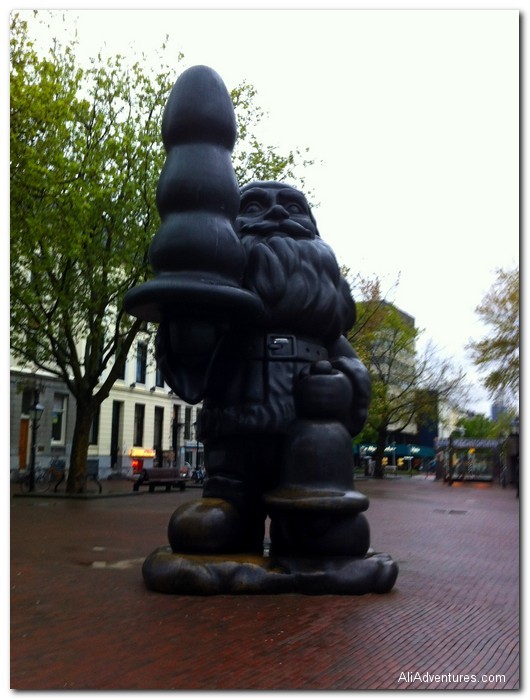 During our post-conference trip, we spent two nights at the Bazar Hotel (quirkiness is built right into the name!). The rooms were decorated in different themes, such as Africa, Asia, and Latin America. Andy and I ended up on the South America floor, and the first thing we saw when we got to our floor was old maps of Latin American countries and a Virgin Mary statue. 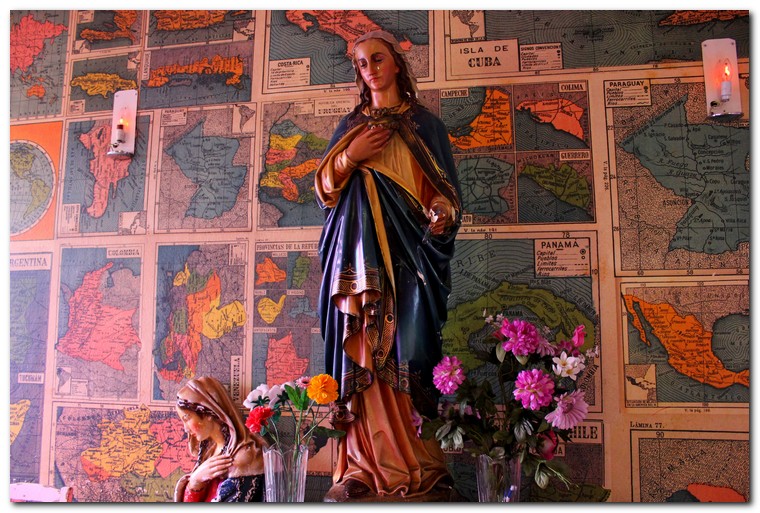 Our room had a giant Spanish cartoon strip on one wall and a picture of Che Guevara above the toilet.

My only complaint about the hotel was that we had one of those hand-held shower sprayers, which I find awkward. But some of the other people I spoke to in our group had normal showers. Some even had big, luxurious tubs.

I’m not normally a museum person, so I wasn’t exactly excited when I saw a museum listed on the itinerary of our post-conference trip. But I learned from the moment we walked in that the Boijmans Museum was not going to be a typical art museum. This was one of the most interesting things to do in Rotterdam. Even the coat check and locker area at the front was interesting. You hang your coat on a hanger, pull it up with a cord, and then lock it into place so no one can take it. 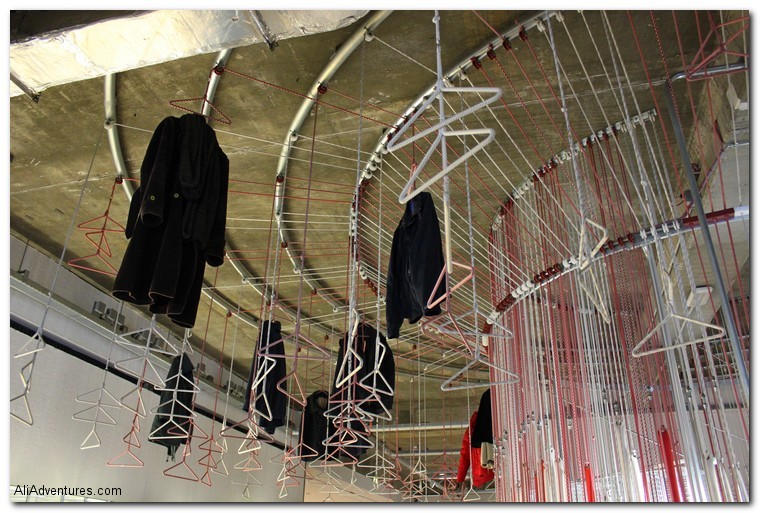 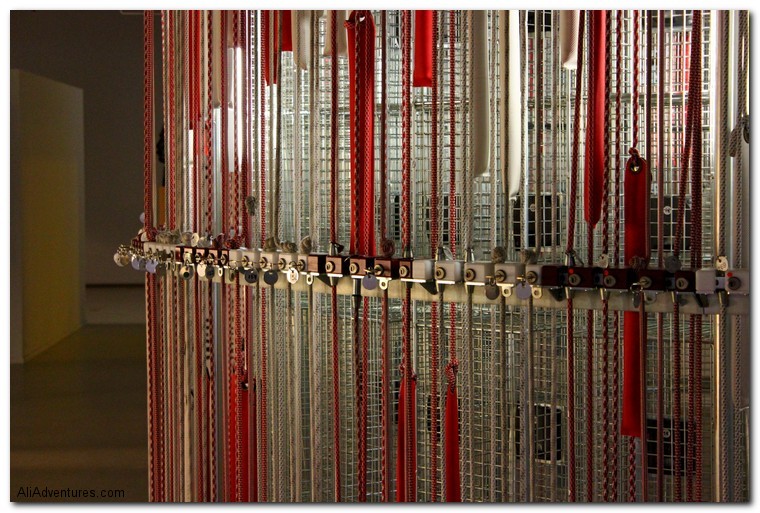 This was a really fun museum, and it made art more interesting to me. Though they did have normal paintings like what you’d expect at an art museum, some of the quirky exhibits included a mirrored room… 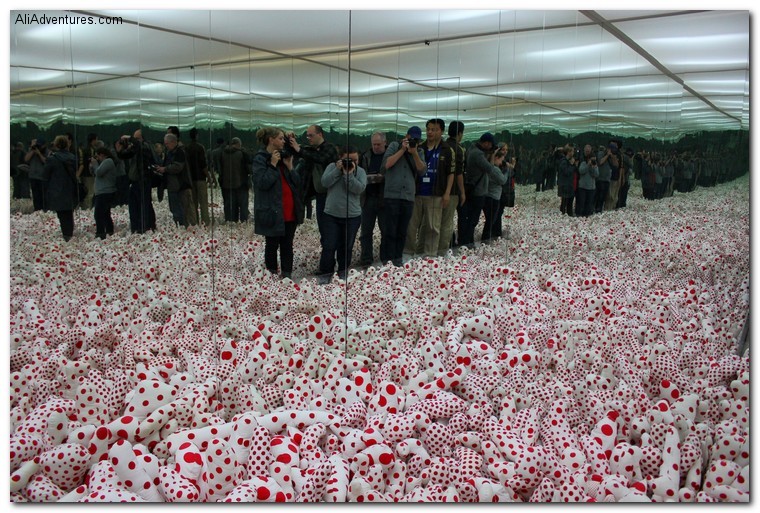 …a room with a big net, instead of a normal floor, which you had to climb up and sit on… 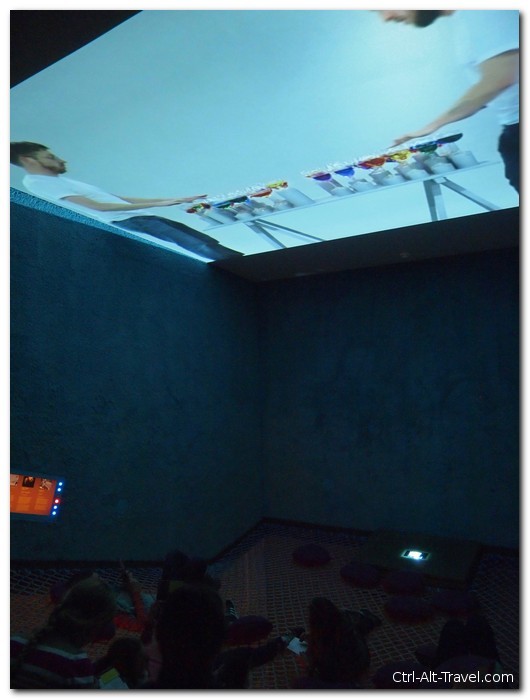 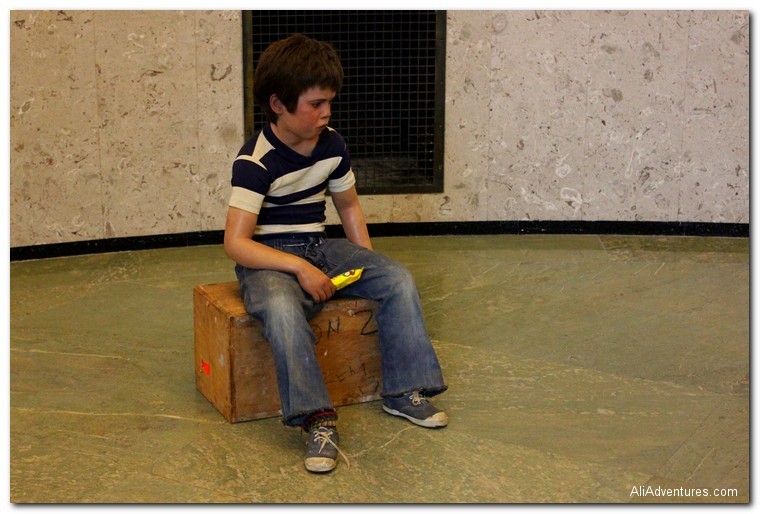 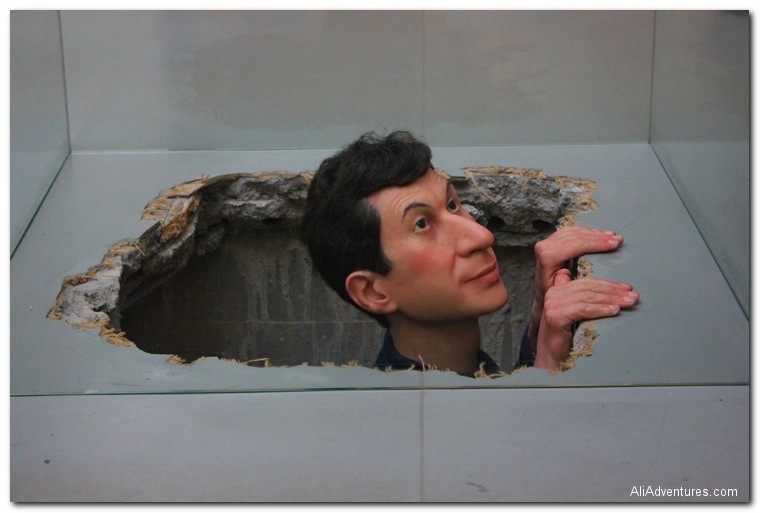 We also went to the Rotterdam Zoo. The weather wasn’t so great, a bit cold and rainy for May, so we were happy to check out the new Amazon area which was kept warm and balmy.

There were butterflies flying around the whole area and several of them, like these, eating fruit. We learned while we were there that the butterflies are specially flown in from Costa Rica as pupae, and then they mature after arriving at the zoo.

Andy loves zoos, so be sure to check out his full post about our visit to the Rotterdam Zoo, including a behind-the-scenes look. 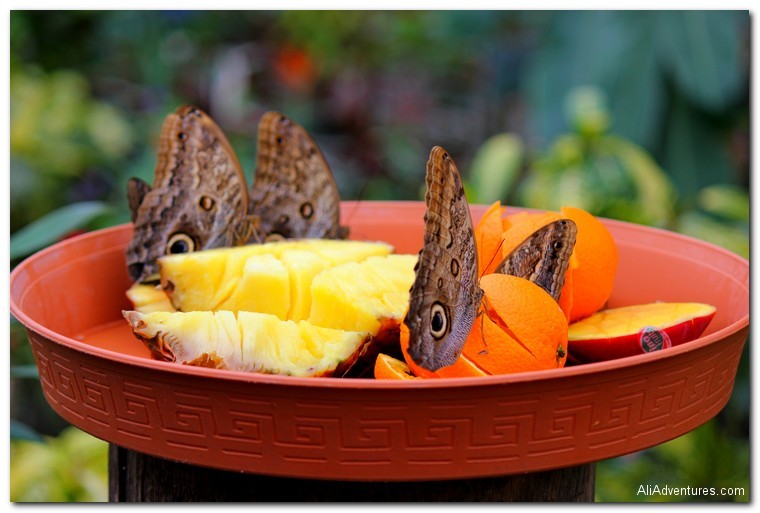 Rotterdam constantly surprised me with all of its interesting stories and unexpected quirks. If you’re traveling to the Netherlands and you want to see more of the country besides Amsterdam, Rotterdam is definitely a city worth spending a few days in.

Rotterdam is about an hour from Amsterdam by train, depending on which train you take. Our train tickets were 14 euors per person one way.

Thank you to Rotterdam Tourism and Holland Tourism for our post-conference trip! As always, all opinions are my own.