One of the selling points for the apartment we rented in Budapest was its proximity to St. Stephen’s Basilica. It’s a gorgeous building, and it’s tied with the Parliament building for the tallest in the city at 96 meters high. Every day when we turned out of the apartment building, it was the first thing we saw. Luckily it’s also possible to get to the top of the middle tower for some fantastic view of the city. 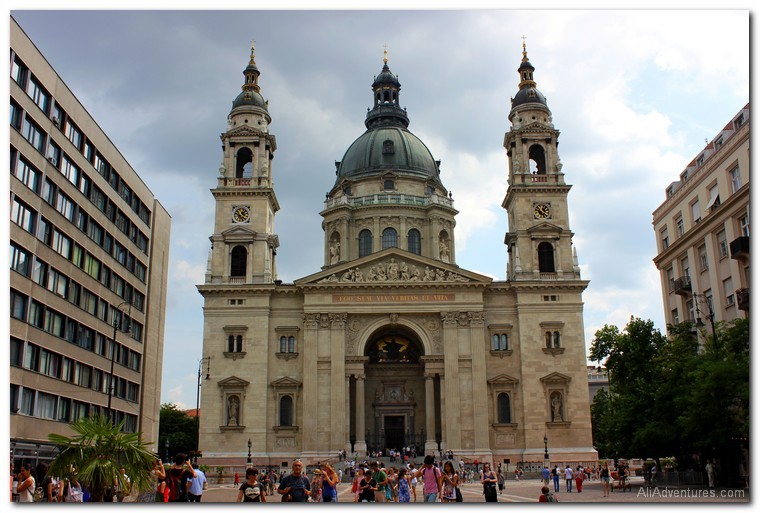 Seeing cities from above is one of my favorite things when we’re traveling. It gives a different perspective on the place I’m exploring, and it’s just fun to take pictures from up there. 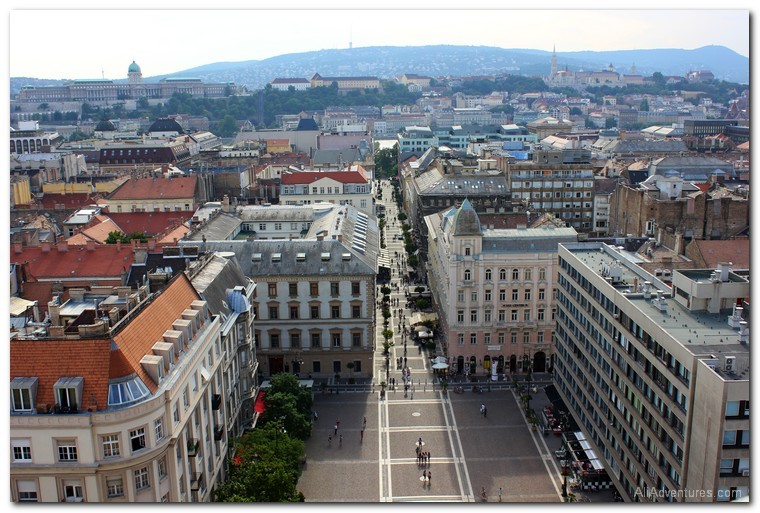 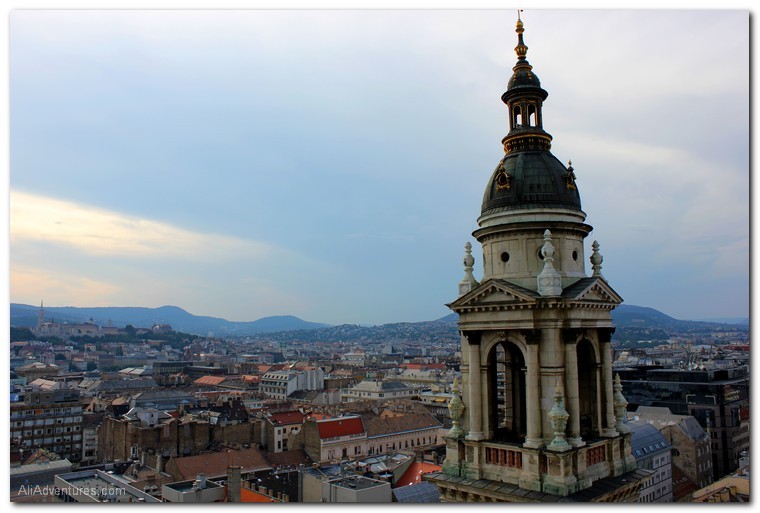 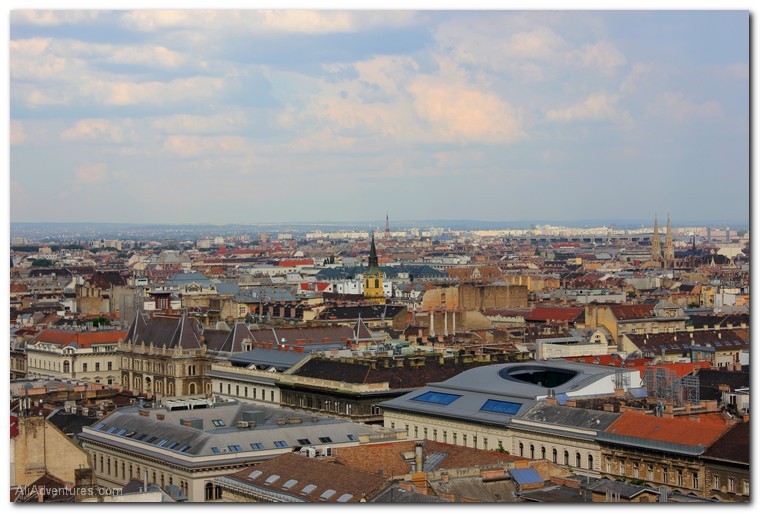 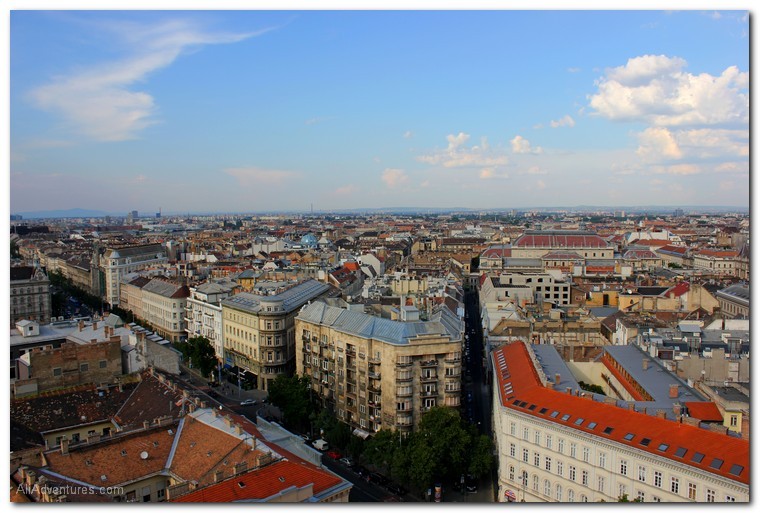 I didn’t always know what I was looking at, other than random buildings in random neighborhoods, but it was still a nice view. I could just barely make out Hero’s Square in the distance, though it’s not close enough or tall enough for a good picture. 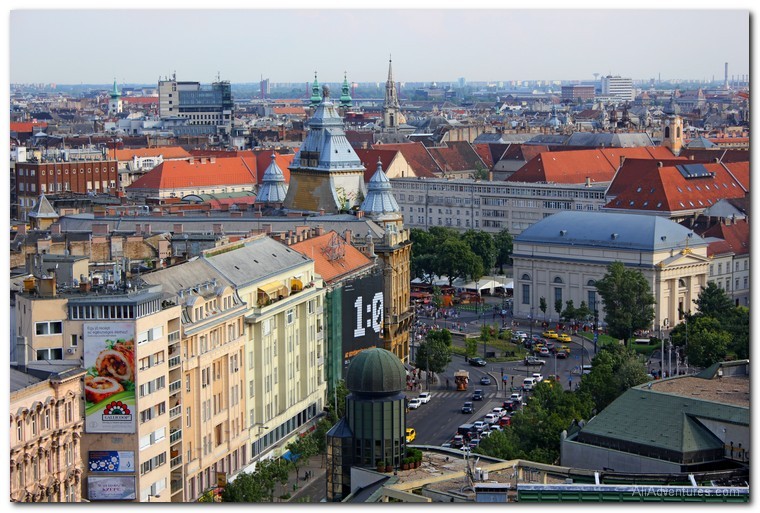 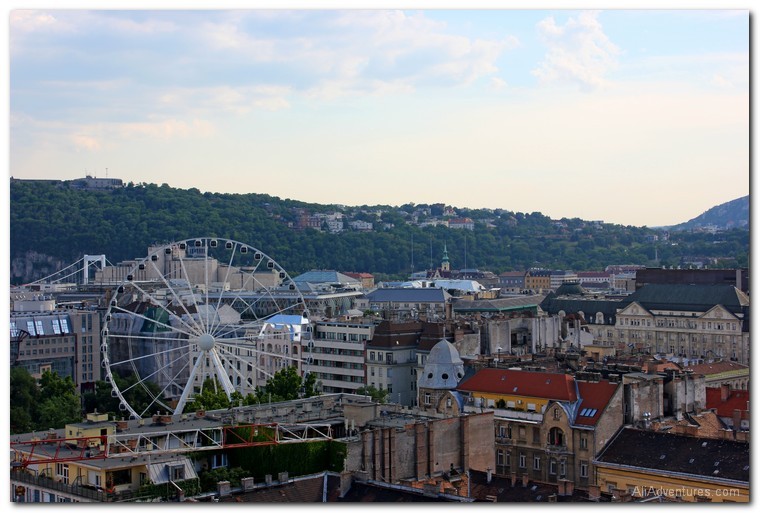 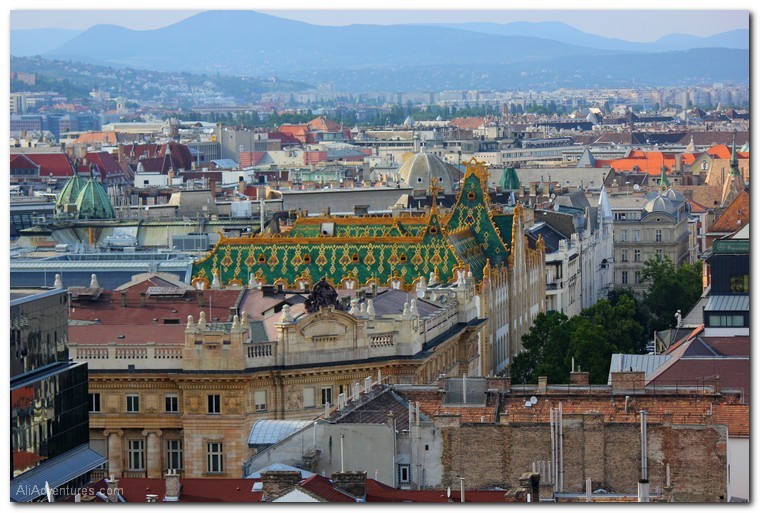 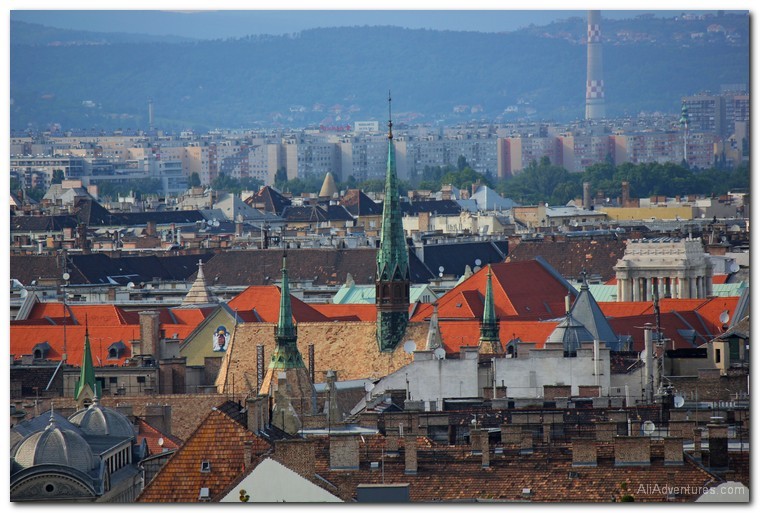 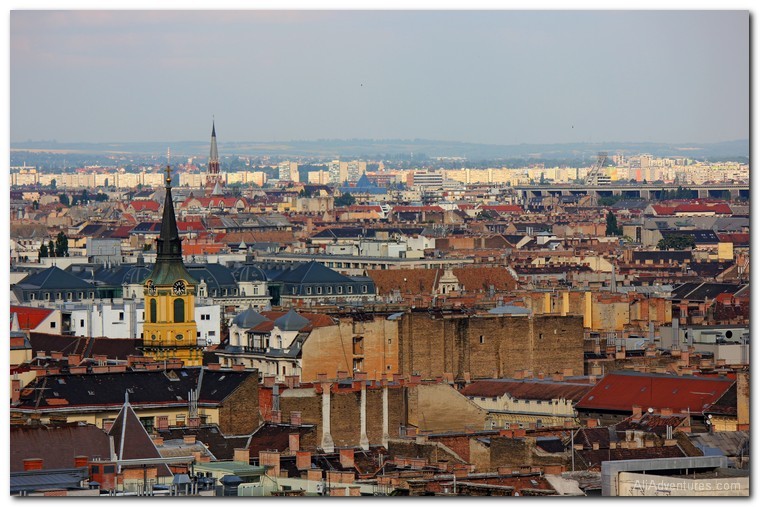 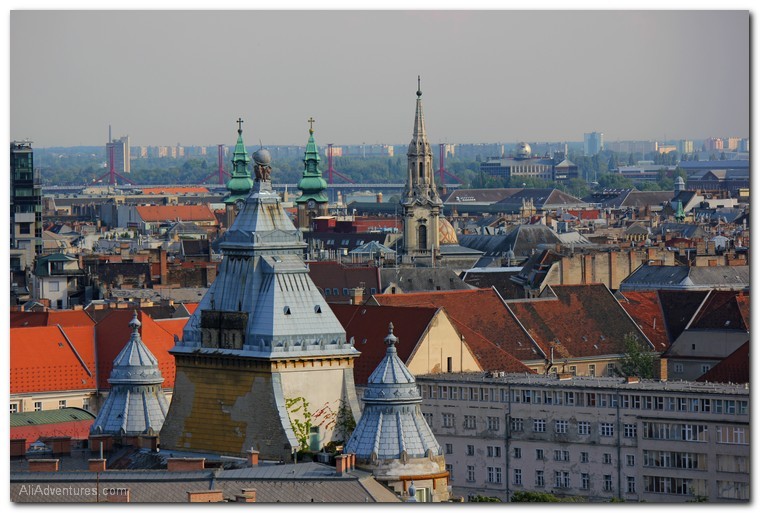 After having seen the Pest side from Castle Hill on the Buda side, it was nice to get the reverse and see Castle Hill, Mattias Church, and the Buda side from St. Stephen’s Basilica. I could also see the Parliament Building, though there were some other buildings blocking the bottom half of it. 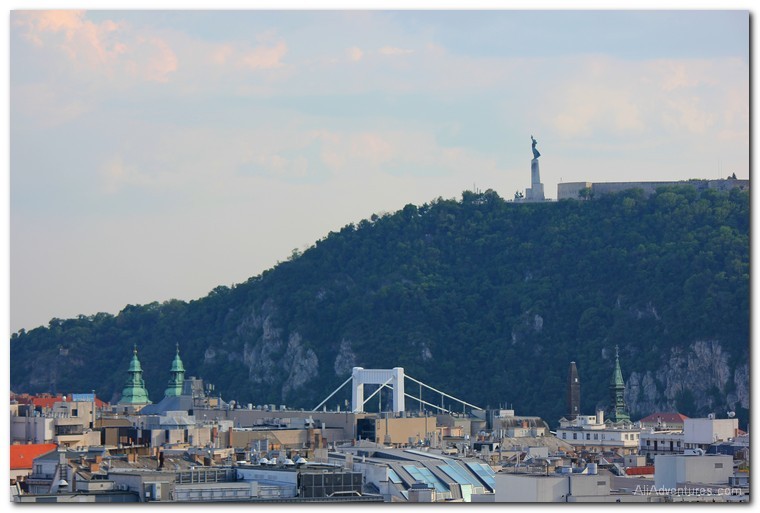 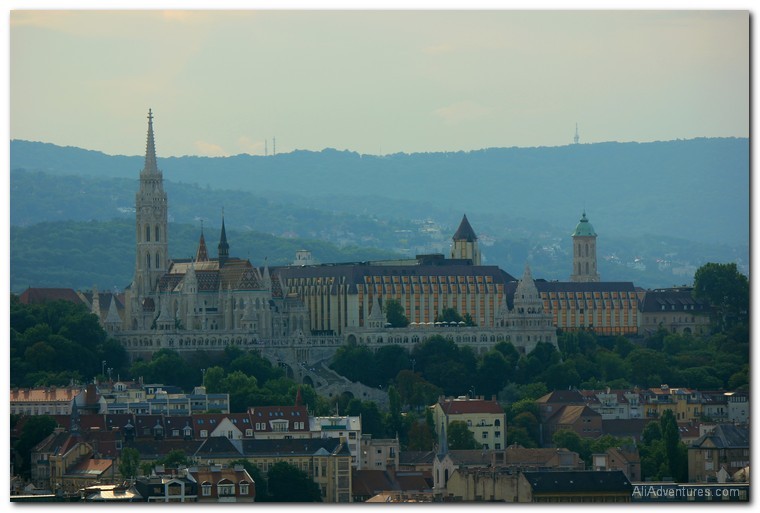 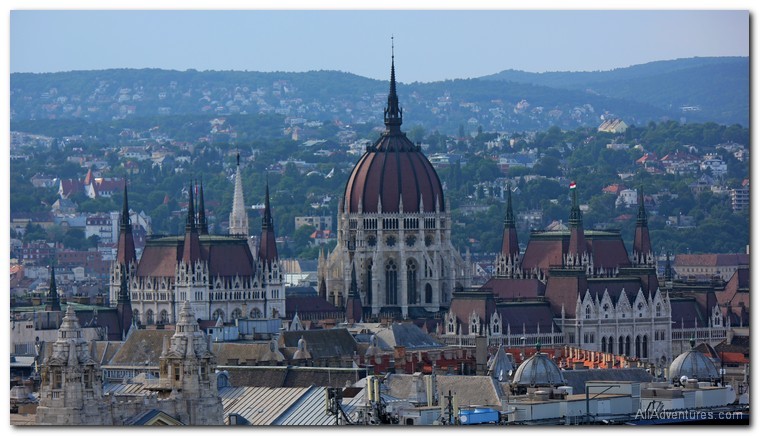 We went around the top twice, mostly so I could play with my zoom lens. As we were finishing up, we realized there was a small arrow directing us to go to the left. Unfortunately it was too late, and we had already been walking around towards the right. Andy overheard a German couple criticizing us for not following the rules. Oops. 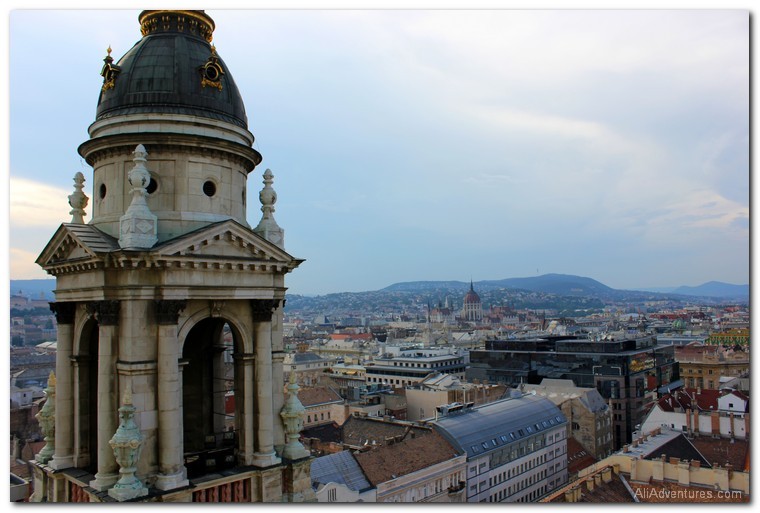 The lookout in the cupola of St. Stephen’s Basilica in Budapest is open from 10am to 6:30pm July, August and September, and from 10am to 4:30pm the rest of the year. Entrance is 500HUF, or about US$2.15 per person. You can take the stairs if you want, but there is an elevator that gets you most of the way up as well.

Sign Up
Vajdahunyad Castle – the Other Budapest Castle What Does it Look Like to Work and Travel?