Vajdahunyad Castle – the Other Budapest Castle

I love castles. They’re some of my favorite sights in Europe, mostly because buildings like that just don’t exist in the US. Castles are such a huge reminder of the age and history of European culture. Plus castles just look cool. Budapest’s Castle Hill was really pretty, but I was excited that there was a second castle in Budapest, on the Pest side of the city. 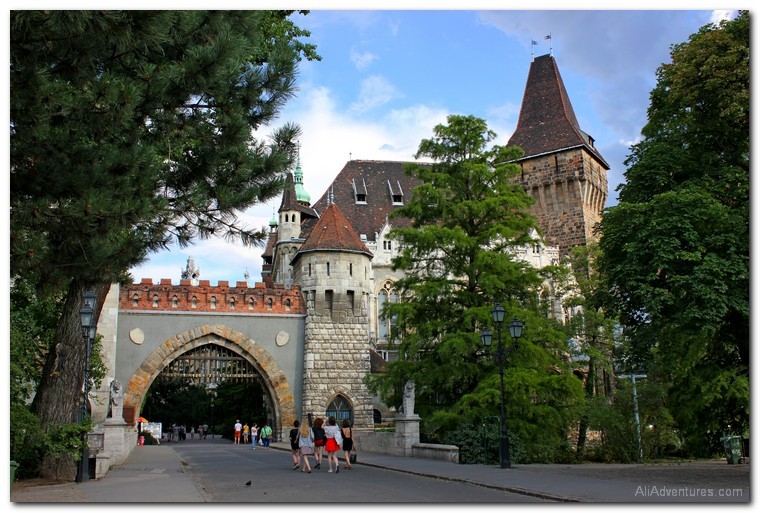 The castle isn’t actually so old. It’s a little over 100 years old, though it is a combination of several different types of architecture from different periods of time. It’s in a park with lots of trees and a lake, so it feels more peaceful and secluded from the city. There’s even a moat, although most of it was dry. I also really liked the gate, which made the castle look much older than it is. 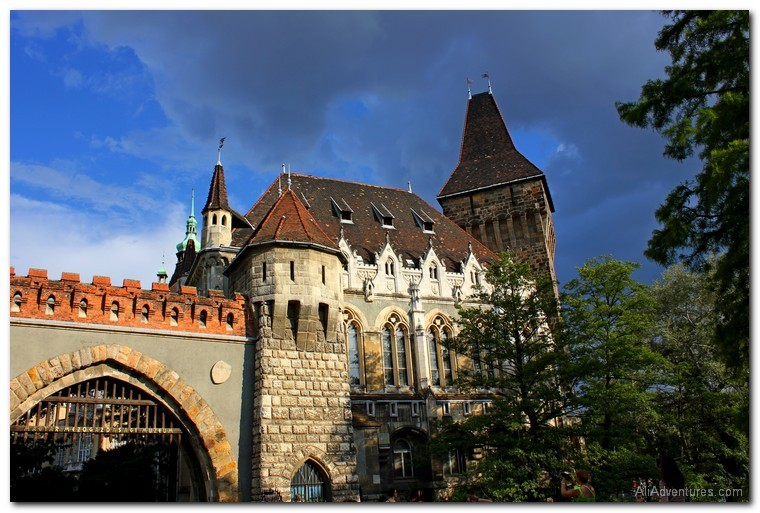 The museum inside the castle is actually an agricultural museum, so we didn’t go in. It has never actually been a royal residence, and in fact it was built as a temporary structure, with wood and cardboard, as part of the country’s 1000 birthday celebration in the late 1800s. But people loved it so much that a few years later in the early 1900s, it was rebuilt with permanent materials. 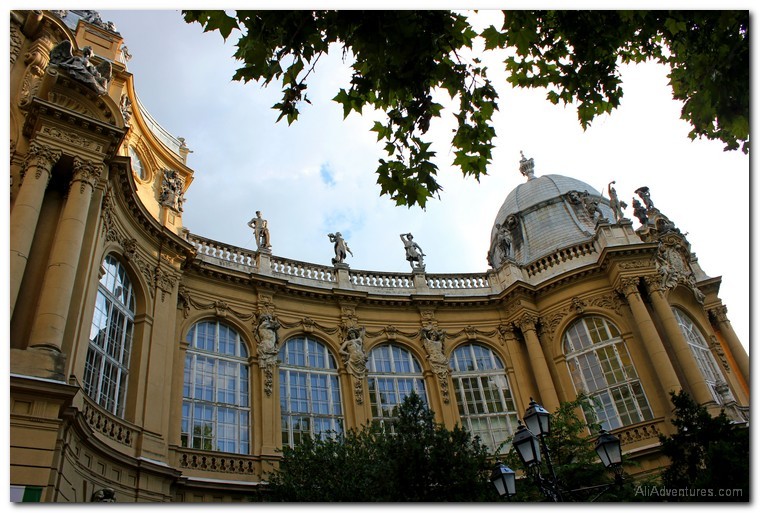 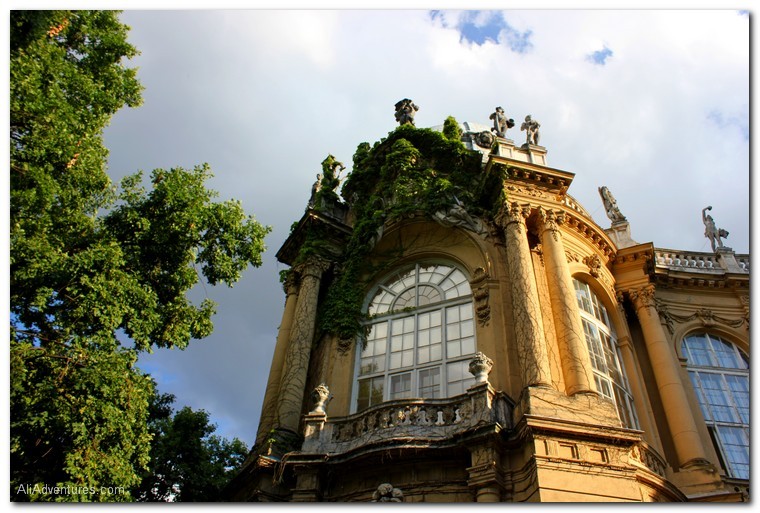 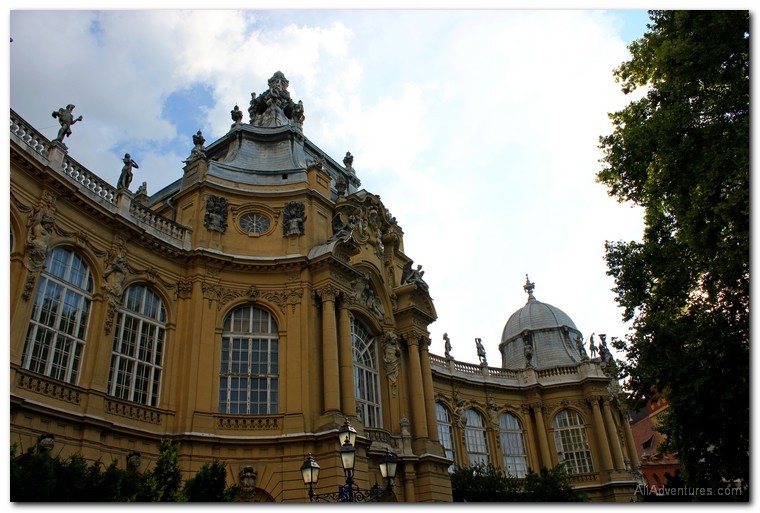 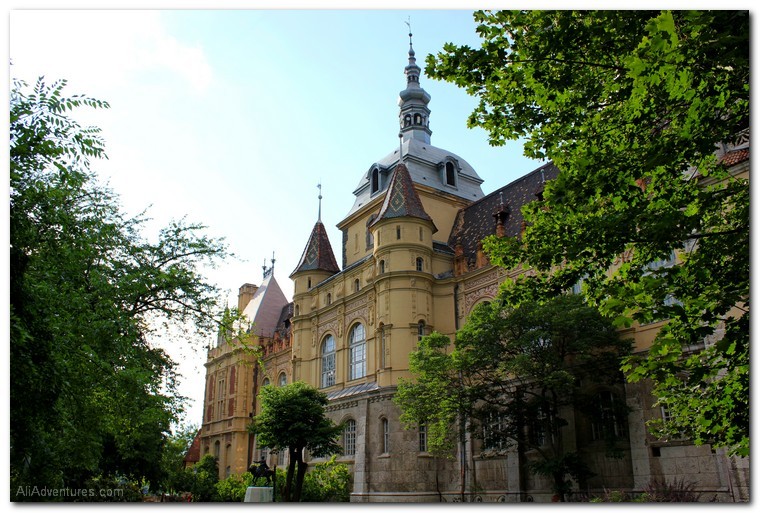 We spent about an hour or so wandering around the castle grounds and looking at the different sections. There was a statue of Gallus Anonymus, author of The Deeds of the Hungarians, which people were having the photo taken with. There was also a small church in the courtyard. 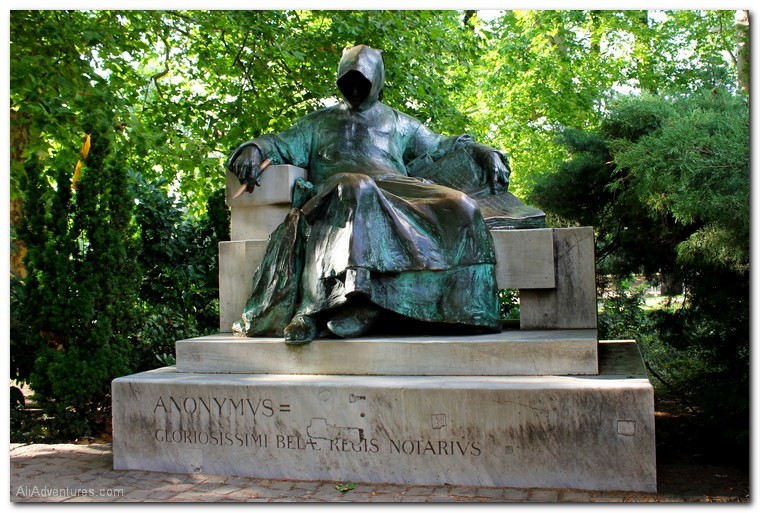 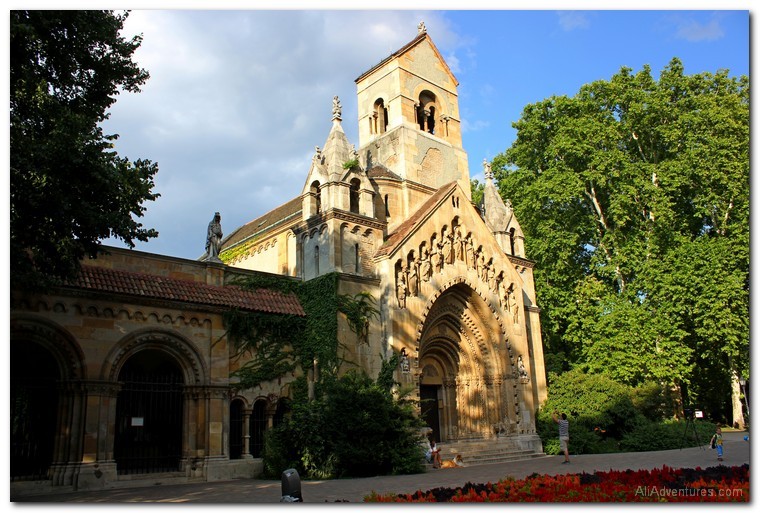 Eventually we ended up on the lake side of the castle. It’s a water park of sorts, where you can rent paddle boats or do zipline water skiing. There was also a cafe right on the water, which looked like a nice place to relax with a drink on a nice summer day. I enjoyed watching a bunch of dogs running into the water, chasing after sticks. I’m a bit dog-obsessed. 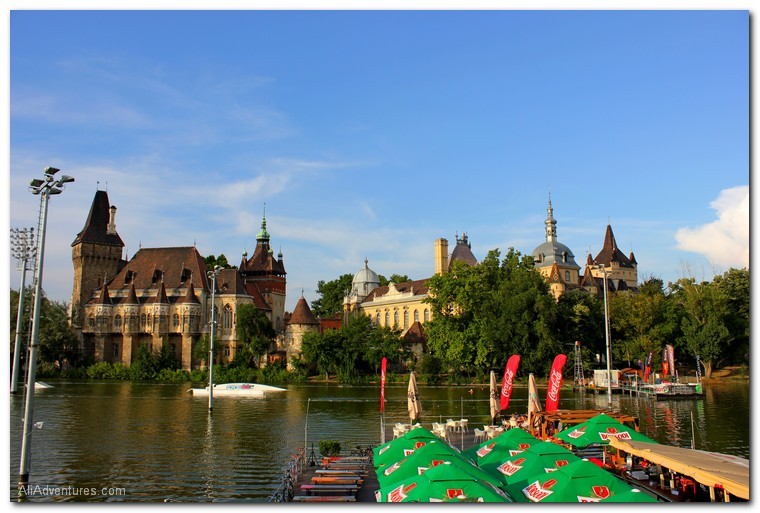 Budapest’s Vajdahunyad Castle was interesting to see with all of its different architectural styles, and knowing it was never meant to be a permanent building makes it stand out in my mind. It’s easy walking distance from Hero’s Square, so it’s worth a short visit if you’re in that part of town anyway. Just think of it as more of a quiet park with an intriguing, almost-fake castle. And paddle boats shaped like cars.

Sign Up
5 Kinds of Meat in One Day with Taste Hungary Views of Budapest from St. Stephen’s Basilica